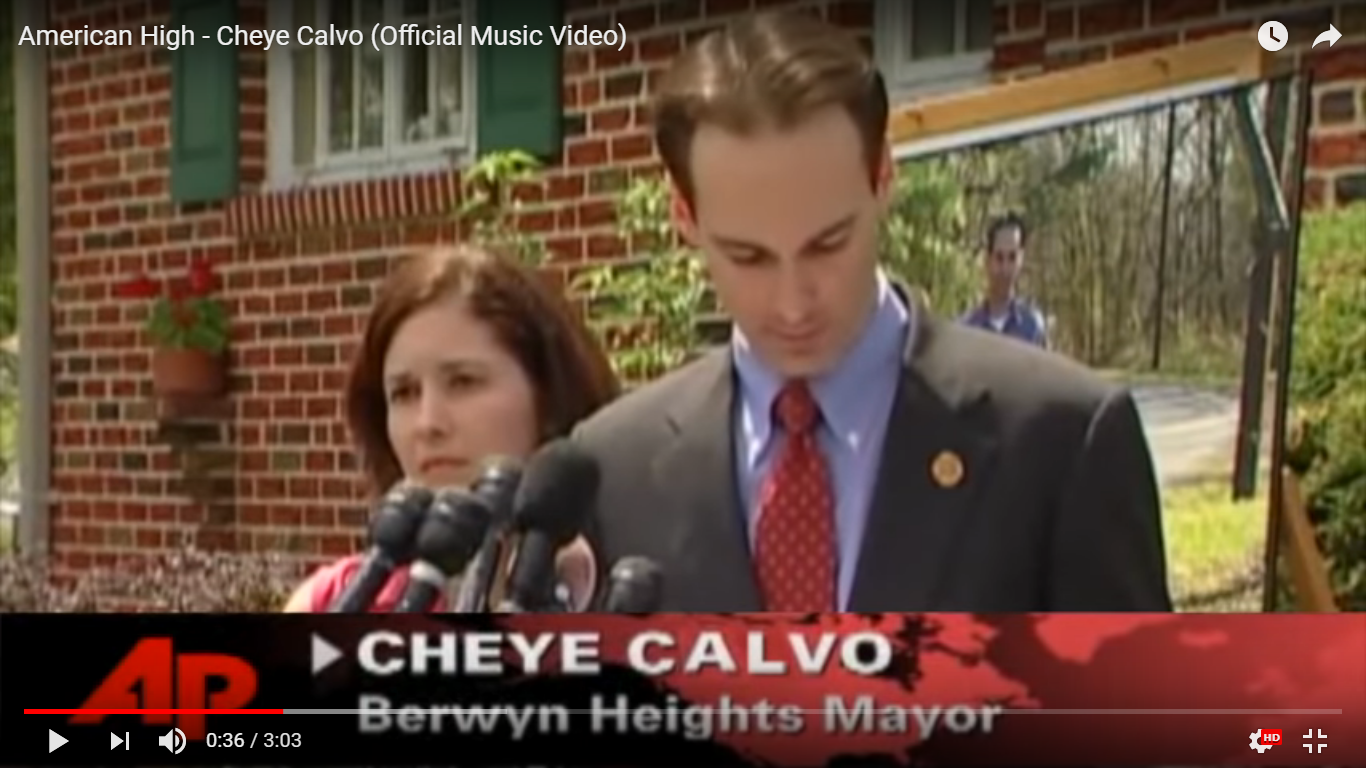 This song has many layers which I feel we need to break down before we really talk about the music aspect of it.  For one thing, the titular character of Cheye Calvo is (or was?)the Berwyn Heights Mayor.   Now, if you click on the SoundCloud link for this song there is a description of it from American High and so rather than try retelling that story I'll just count on you to read that so we can be on the same page.   While this is definitely a political song I think it's an important one.  Everyone from N.W.A. to Rage Against The Machine have spoken out about police throughout time and it just seems like... to me, it feels like the less we talk about it the worse it gets and back when we had more publicity around it things calmed down a little.

Now I'm not saying police officers are all bad.   It's not all cops only those who choose to abuse their power.   There are good cops out there and I appreciate them.   And I'm not saying anything can possibly stop this but hopefully bringing more awareness to it will somehow force it to at least lessen.   So, naturally, a song like this is something I'll get behind simply because of what I feel is a positive message, mainly because this is such an unfortunate story and one that should never happen again but, sadly, probably will.

Musically, this song has elements of reggae more than ska.  In some ways- and maybe it's just because of the message involved- I really think of this as being a punk anthem in the sense that it could be somewhere between The Clash and Strike Anywhere.   At the same time there is this "na na na" type of chorus which brings about either old school Blink 182 or NOFX.    My thing is, if a song has a good message (as this one does) it needs to be heard but at the same time if your song sounds bad people won't want to hear.   Fortunately for this involved here, this song has a steady pace and can get stuck in your head without you even really knowing it.

We need that sort of hypnosis in songs, you know.   While it's not completely the same musically I would think of this song as being something along the same lines as Bob Marley where it has that message that I feel everyone can relate to, that "Get Up Stand Up" type of notion.   You pair that with this video full of news footage and I think people will get the message.   Now, I'm not sure of other American High songs but if kids go out and hear these songs on something like Warped Tour (R.I.P.) and then they do their research enough since we have that privilege I feel like it could really spawn a revolution so don't just listen to this one; pass it on.
Posted by Joshua Macala at 1:43 PM