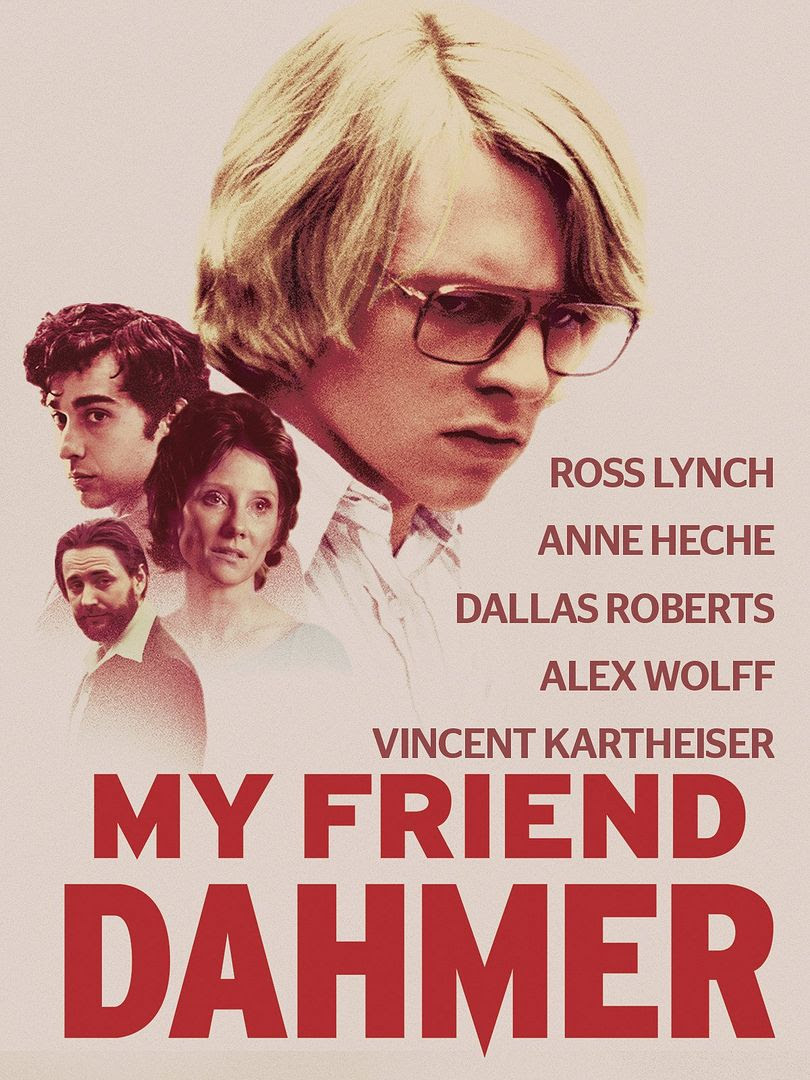 Though I'm not sure why, I've always sort of had this fascination with serial killers and "My Friend Dahmer" helped to show me why.   Most stories (or books) that exist seem to be about serial killers in terms of the crimes that they commit.   Most people just want to see who was killed, how they were killed and perhaps it all can offer some insight as to why they were killed.    With "My Friend Dahmer" though, we see Jeffrey Dahmer (as Jeff) in his high school years, before his killing began.

The first thing I must admit about this movie that I found funny is that Jeffrey Dahmer went to prom.   I never knew that but after seeing it in the movie, I did a google search and, yes, you can find an actual photo of Jeffrey Dahmer and his prom date.  To me, that's not only funny because you kind of want to imagine Dahmer as this loner who no one would ever go to prom with, but it's also funny because I, myself, never went to prom.   See?  It's those little things where you have to wonder what makes a serial killer.

What I think is perhaps the most revealing aspect of this film is that there isn't any one defining quality that makes you go "That's it.  That's why he's a serial killer!"  He has this thing for putting roadkill in acid and he seems like an odd person overall, but the thing is, some of those people grow up to become Bill Gates.   So how do you if he's a serial killer or future eccentric billionaire?  Most of the things which happened during the movie could be chalked up to adoselence.

One of the big stories in the movie as well was the family life of the Dahmers.   His parents' marriage fell apart and his mom seemed a little bit crazy.   She took his brother to grandma's house and missed his graduation, but I mean, I'm sure similar events have unfolded throughout time with countless other people and they did not all grow up to be serial killers.   If anything, I think the strangest part about "My Friend Dahmer" is how normal he seems in terms of being somewhat of a social outcast or just that one weird kid in school we all knew (or maybe were) but they don't all become killers.

My fun fact for this movie right now is that a young actor named Ross Lynch plays the main role of Jeffrey Dahmer and he was in the Disney Channel series "Austin & Ally" (as Austin) which I've never seen but he is also in the upcoming Netflix series "The Chilling Tales of Sabrina" which I'm really looking forward to seeing.   This movie is also based upon a book by one of his actual childhood friends who is a character in the movie.  I just thought that was wild too.  But if serial killers intrigue you as they do me or you just want to see an interesting tale of youth, you should check out this movie I desperately hope Ross Lynch won awards for his being in. 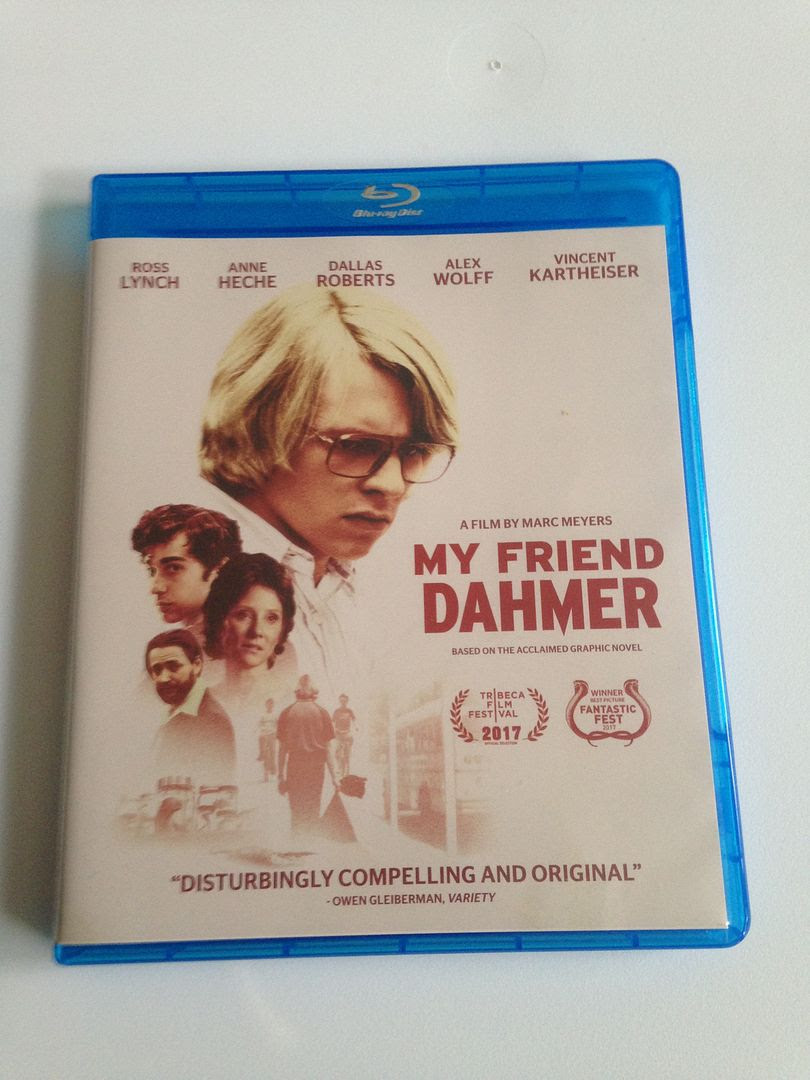 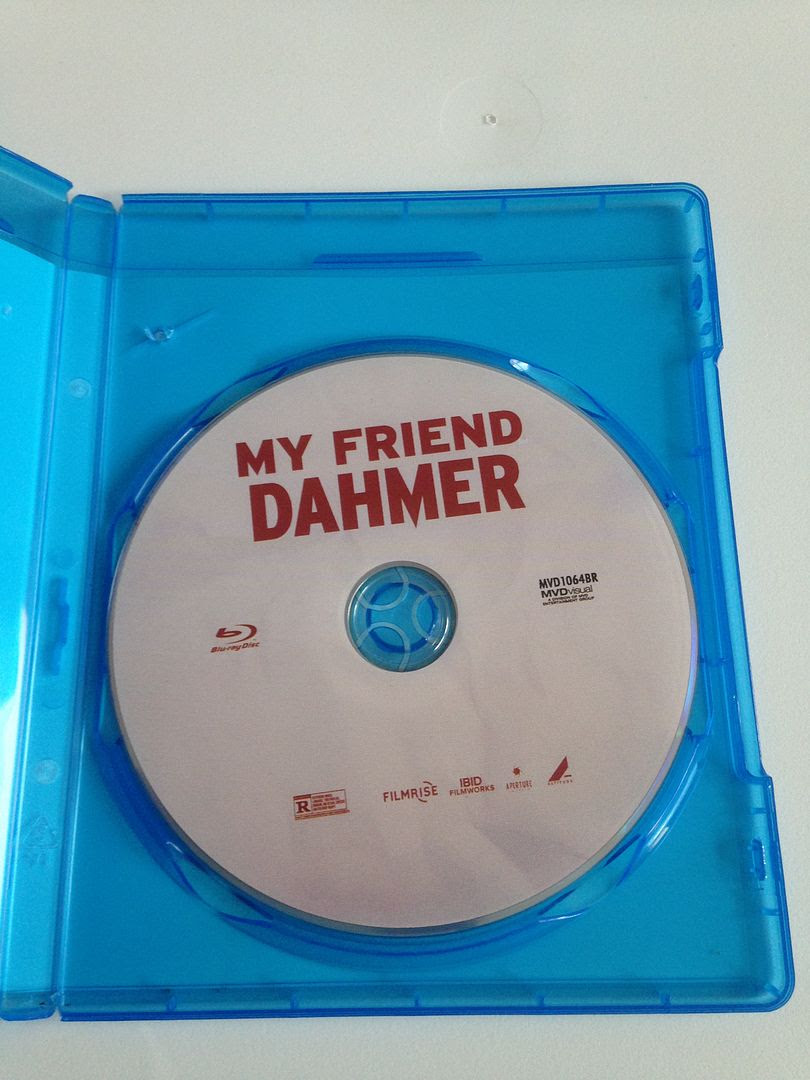 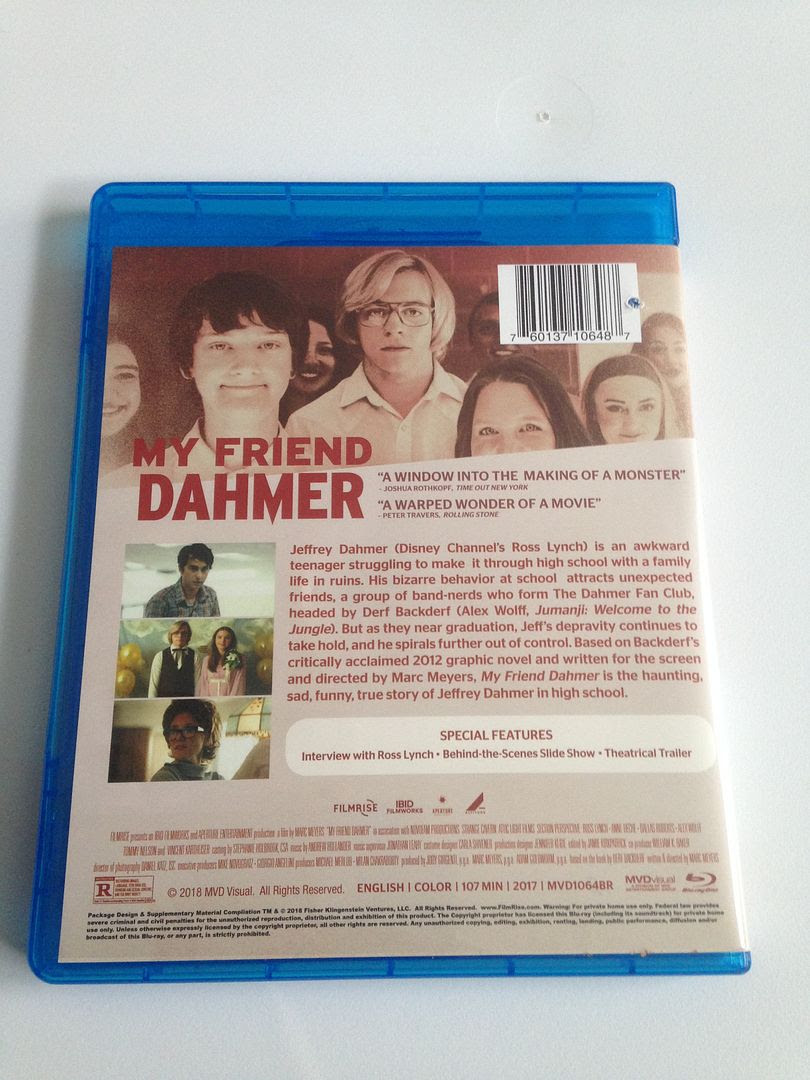