CD Review //
QOHELETH
"God is the Warmest Place to Hide" 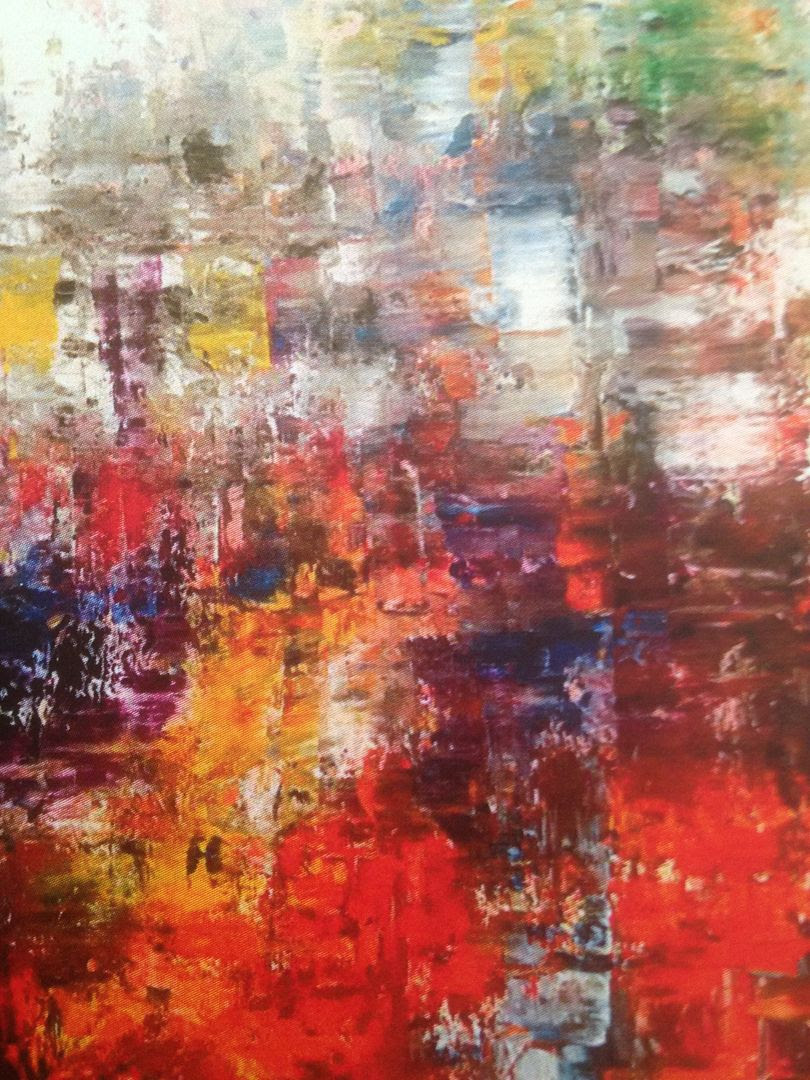 Though this CD came out before "Black Kite Broadcasts", the two albums are different in ways more than just being on CD and cassette.   While "Black Kite Broadcasts" had this theme to it, a concept album if you will, "God is the Warmest Place to Hide" is more of a traditional album with less of a theme, but I also am going to say that in a rather loose sense because this isn't like 12 or 14 songs of verse/chorus/verse and in some ways they do have a theme, which all great albums should have to keep the songs feeling like they're connected and not just singles grouped together at random.

Loud distorted guitar riffs open up like Black Sabbath.  There are heavy cymbal crashes and guitar notes are key as well.  It's kind of trippy but then also takes on that noisy sound like Butthole Surfers.    It's heavy to the extent that it also reminds me of some of those bootleg type of Nirvana songs, like if you have the boxset and listen to the demos and outtakes.    While the first two songs are roughly seven minutes and then six minutes, the third track is thirty seconds and is a series of beeps.    This goes with my whole idea of how this isn't really traditional, but I've never really felt like an album should have a set number of songs and length for each song anyway-- it can stifle the creativity.

"Advance of Inhumanity" brings back the rock but unlike the first two song it's shorter, around two minutes, and becomes a bit faster and lighter.    Up next is a blistering instrumental and then "Brain of Bees" begins with a sound like a broken music box.   It goes into these drop off notes and then persists through the distortion and drums in a flurry.   It's gets psychedelic and just by reading a brief description of it I feel like you could imagine that it could be (and it would seem to difficult to picture it any other way)

"intercrude" is forty five seconds of space whirrs, taking a nod back to "interlewd" (Which I always think says "interviewd") and "Heaviness of Presence" is a piano-only song which closes out the album beautifully.    So what you have to realize with this CD is that you can start with this heavier, distorted rock that is close to being metal even.   It feels like the soundtrack to an old skateboarding VHS tape, you know, back from when you had to watch them that way before YouTube.    But with these interludes comes faster paced songs as the overall feel can change from song to song yet remain in the same realm of rock, right up until the end with the pianos.

Though it is not an easy concept to pull off (There I go, saying this has a concept though it isn't a concept album like BKB) there are these songs which just feel like they aren't the same in terms of genre and yet they all have that underlying theme to connect them somehow.   If this was slightly altered somehow, yes, it could easily seem to be a compilation of different artists (maybe a threeway split) but QOHELETH does that musical magic thing and ties all of the songs together in a way which just creates their own sound and reminds me of when I bought CDs in my youth for bands like Sprung Monkey ("Situation Life") and Mudhoney ("Piece of Cake"). 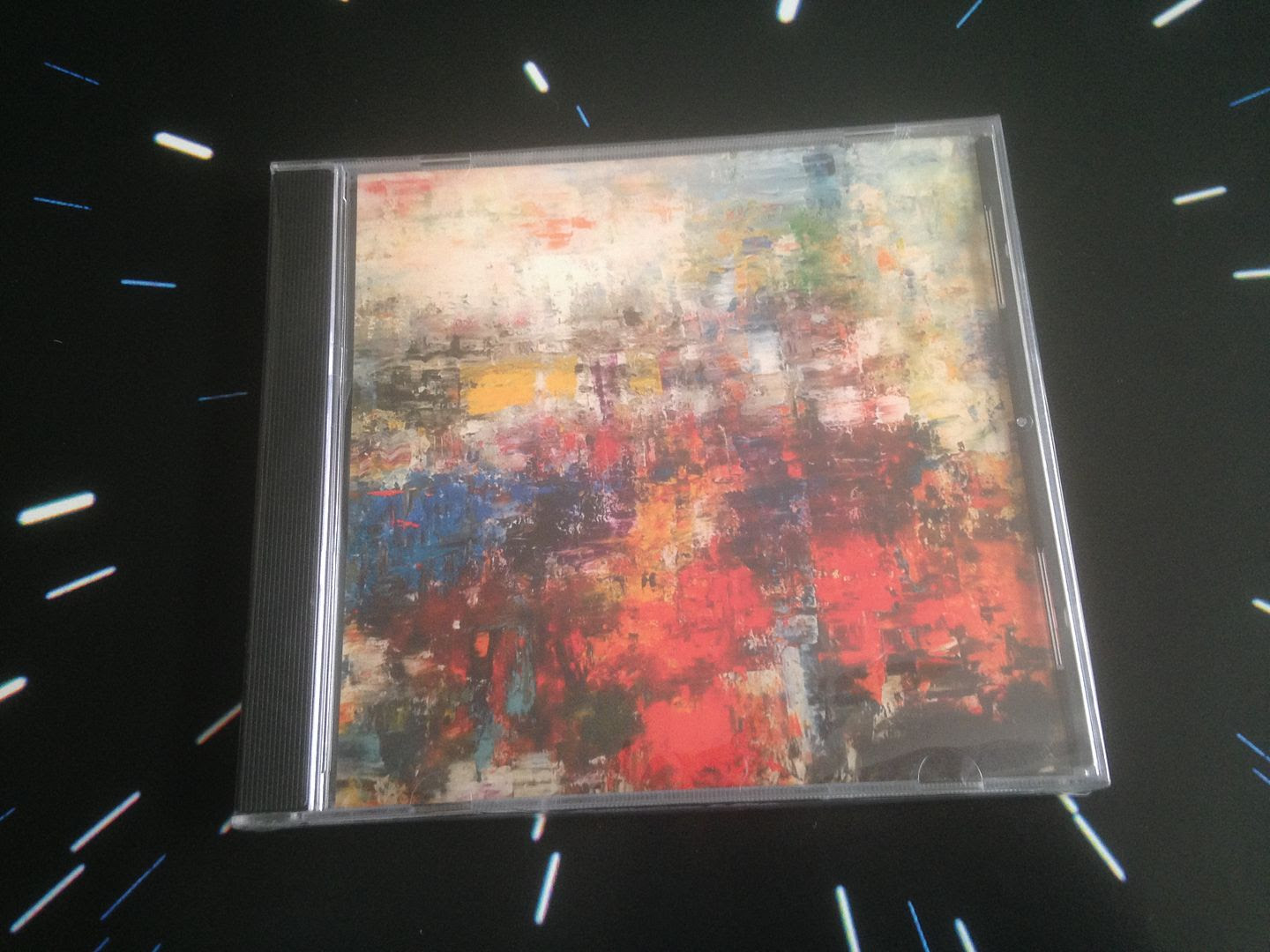 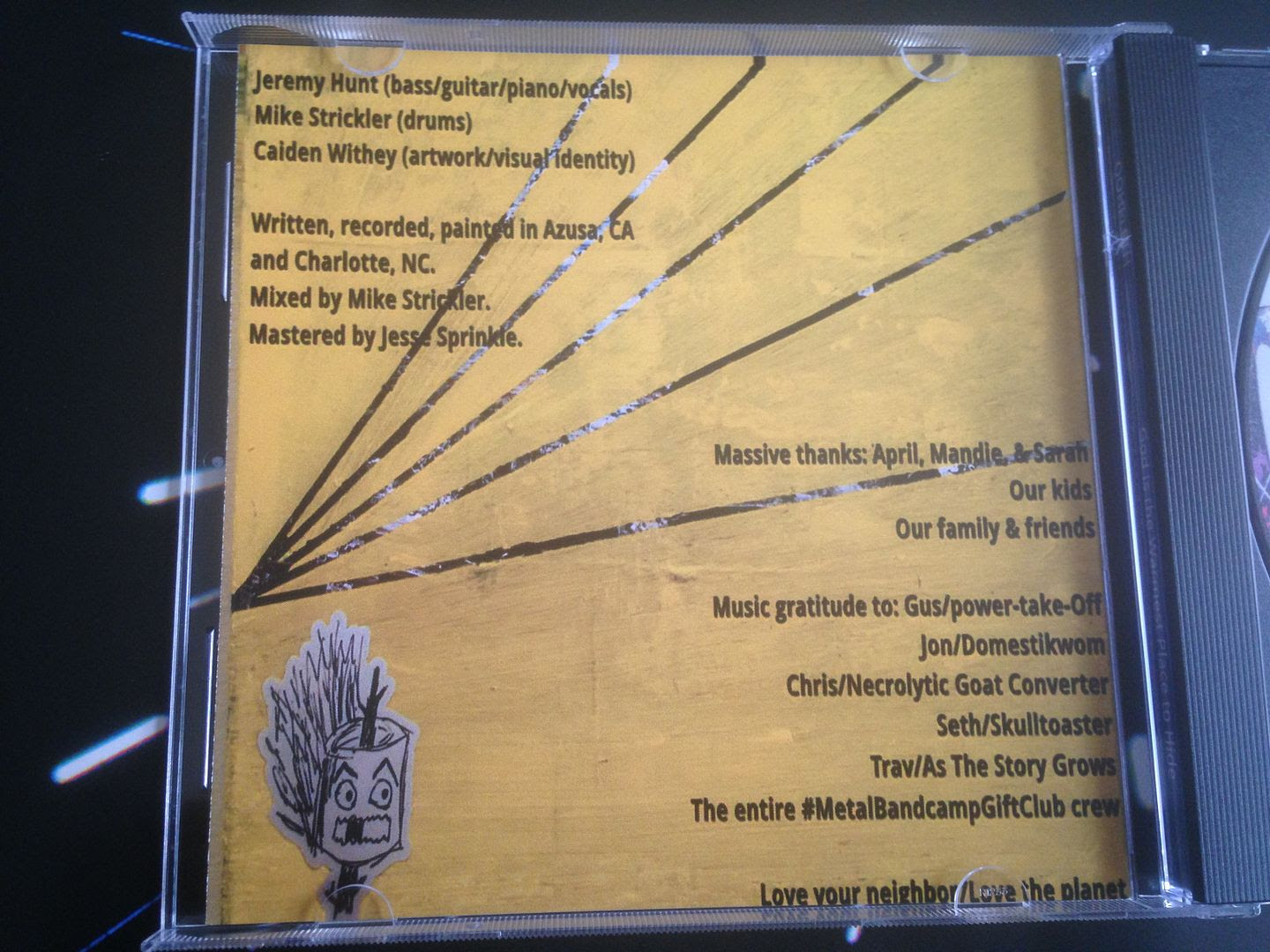 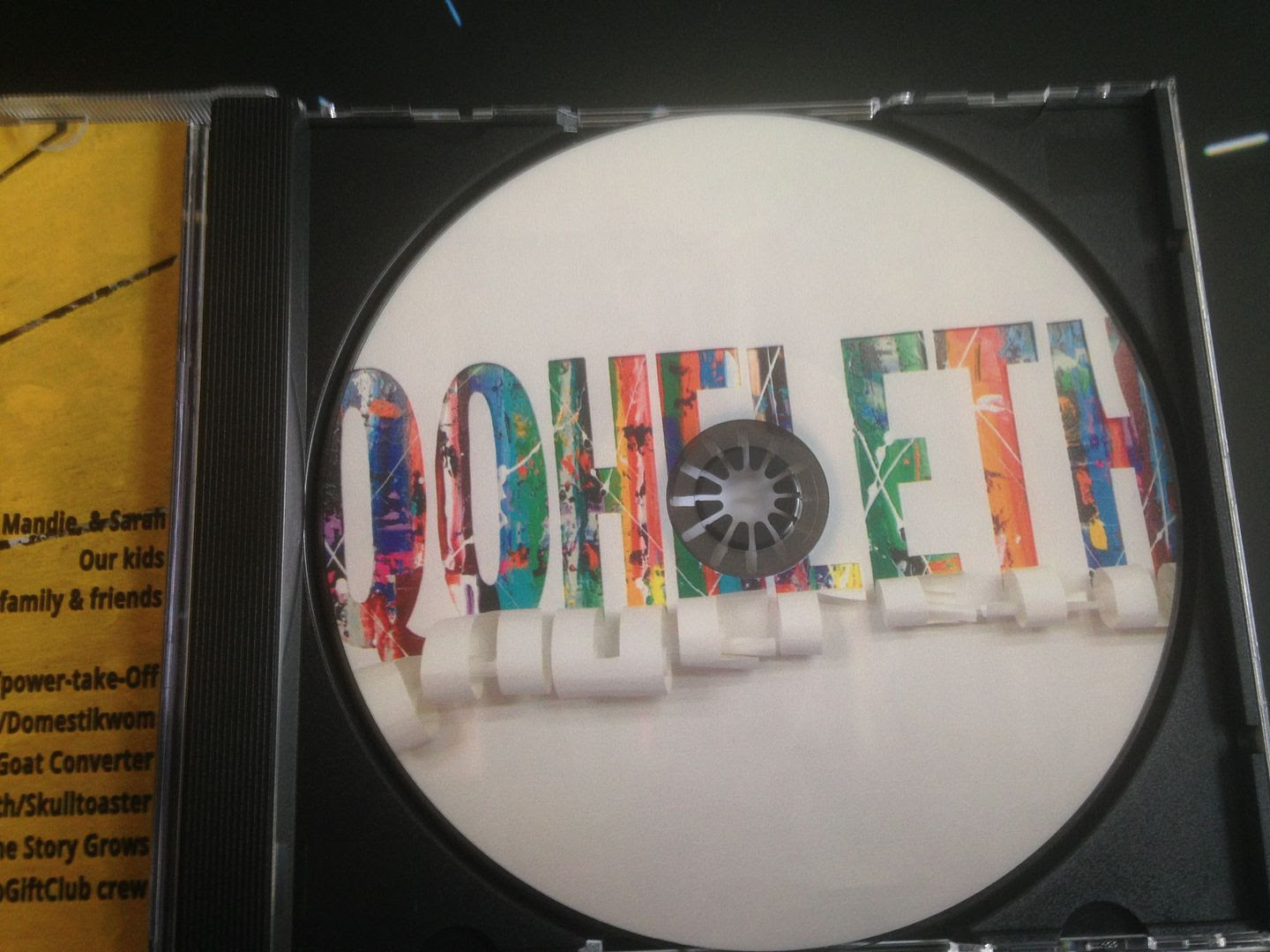 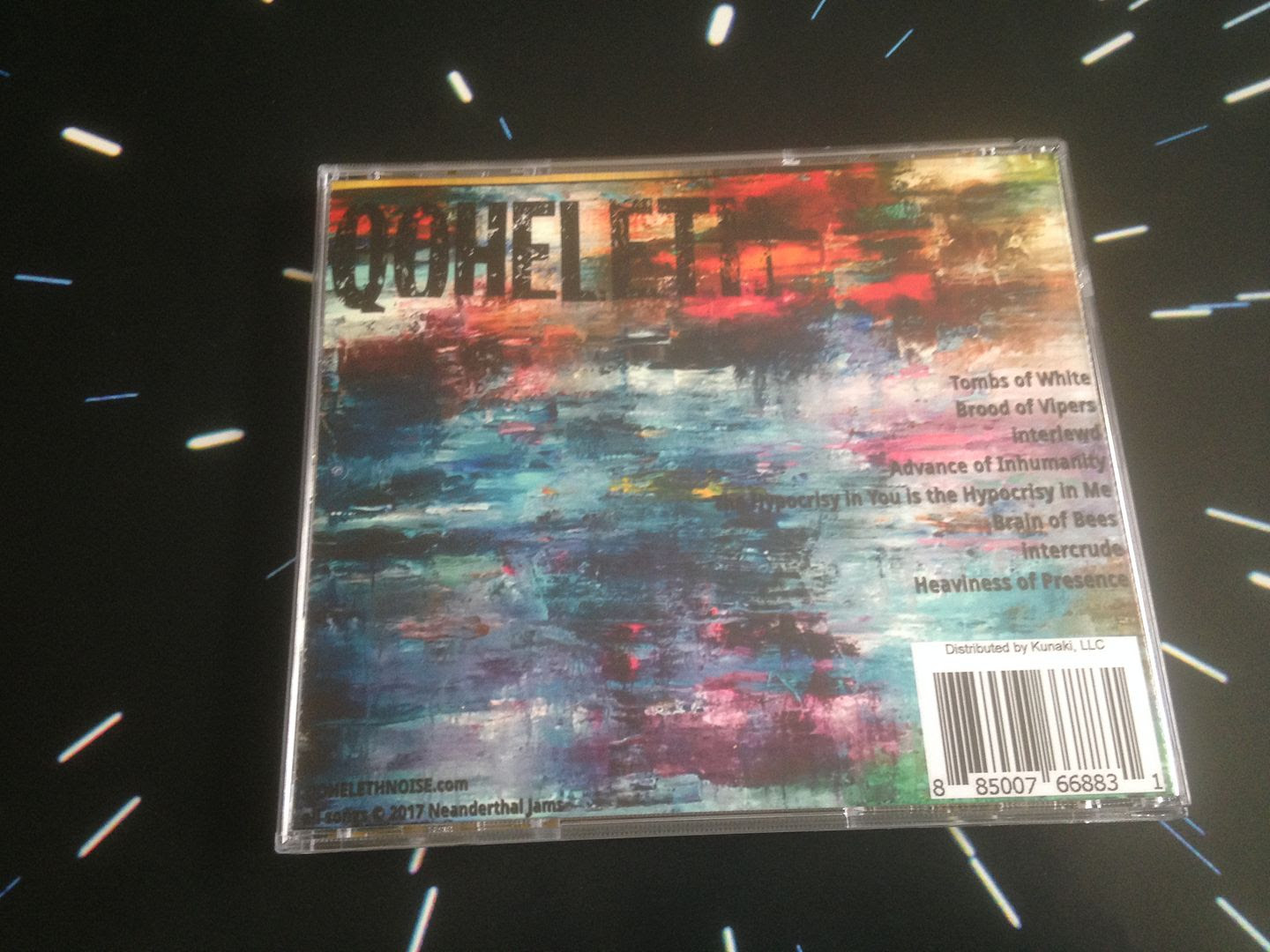