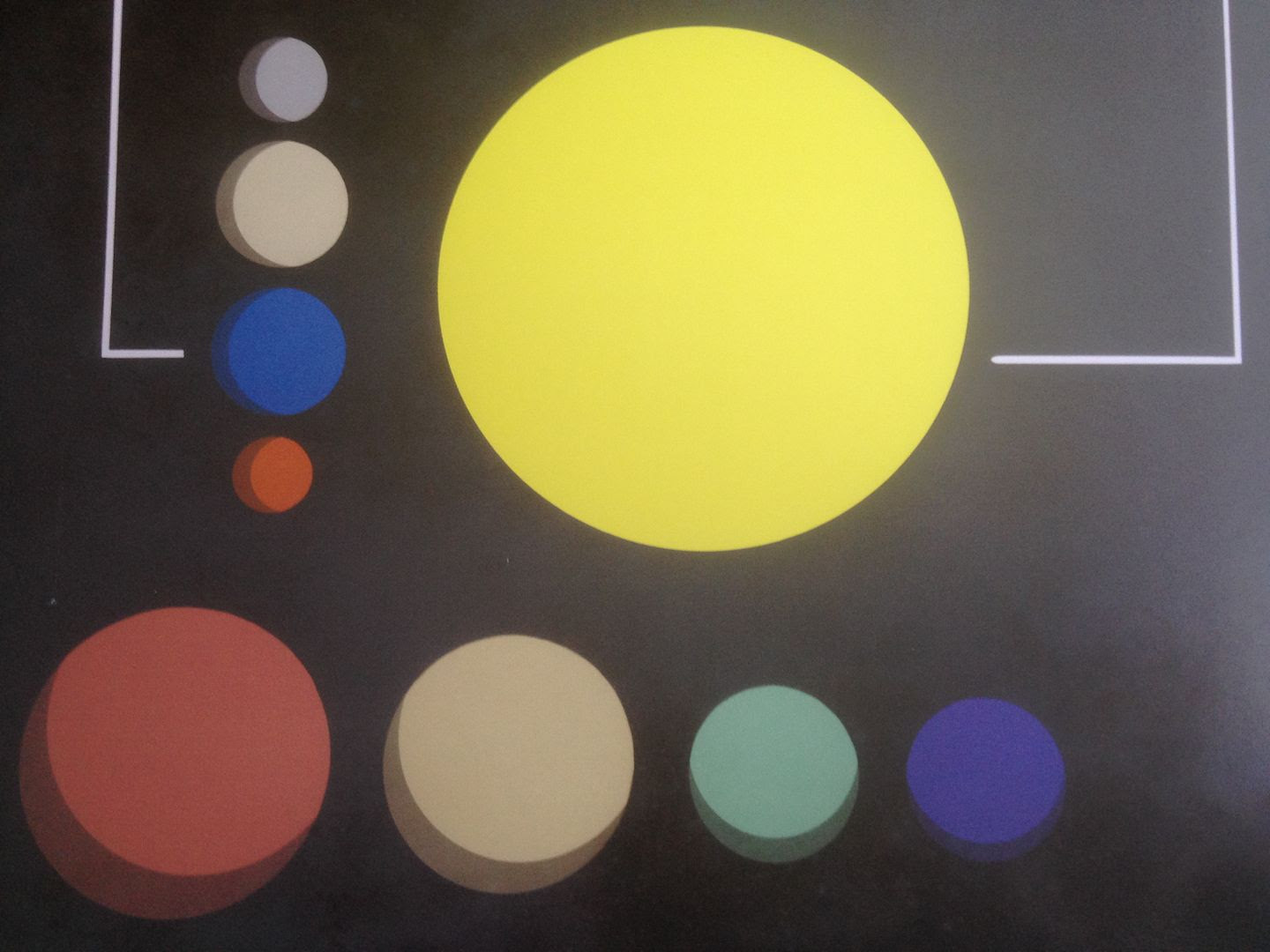 Perhaps there is no better way to paint the picture of how "Lost In The Ether" sounds rather than to let the lyrics speak for the sounds.   I've heard albums before where the music is good and the lyrics are good, but I'm not sure I've ever heard an album before where the lyrics and music just work so well together.   As the lyrics can talk about the atmosphere it can sound like we are some sort of space mission and so it just works-- it just matches and fits together so well.

There are computer generated voices (I think my old Mac used to call him "Fred") and then there are songs about love in the modern age, how people confuse sex with love and others use it to control people and an audio clip (with music behind it of course) where people say "Hello" in various languages, the one in English says "Hello from the children of planet Earth" and, yeah, this has a rather strong feeling of being from another planet all around to it though.

The music itself is electronic in ways while at other times it can be shoegaze.   The Consolation Project and something from The Breakfast Club come out right away, but it also leaves me wondering if there is an electronic gaze genre that this could be put into, but I'd rather not put music into boxes if I don't have to (Which also is a testament to my not wanting to listen to music that is ever that simple and easy to describe; it's why I write paragraphs and not "This is electrogaze")   Duran Duran comes out in the dreamy bliss and there are definitely drum machines as well.

I start to get a strong feeling of that song "Hold Me Now" by Lasgo (And when you hear it, you'll know) but I also hear some of The Lyndsay Diaries before we get into the final song on Side A, which is called "Up and Above".   It starts with these "Stranger Things" type of synths but then there is singing as well.   At times it feels rather quiet and then it kicks in louder, like someone is playing with the volume controls but it just works with the lyrics such as "And I know when no means no / And I know when to stop and to go".   It is perhaps the perfect example of how these songs combine music and lyrics, but this whole record really does that.

On the flip side, we get more of a dance beat to kick things off.   It's got all the makings of a song during a high school dance in a John Hughes movie, which is just amazing.   Of course it does these little things to stray from that sound- which is what makes this what it is and not what once was- and I love that about it because a lot of this record is feeling like we're back in the 1980's but with a modern twist.   "You own my heart, endlessly / I'm falling for you, recklessly" I'm actually at a point in my life now where I don't mind a good love song and this one is great.

Video game / Doogie Howser type of synth starts the second song on Side B, which is called "The End Of You And I", so I suppose I did speak too soon about the love song idea, but you know, I am also used to love being lost.    As the "Stranger Things" synth comes back in, there is a "One small step for man..." audio clip and then Fred starts talking about how we're all time travellers.    As the title comes out now in the lyrics (which is "Lost In The Ether Part II") there is a sense of David Bowie in here.   An audio clip about space mixed with Fred still come out and this has three different elements to it, but it's such a fitting titular track (Well, the second part of it) as it just fits the overall unique feeling of this record.

There is a much more gradual build of a synth-electronic symphony on the final track.   "Through space and through time / It's our purpose to define".    This gets big synths, really blissed out, and I feel like "Up And Above" was such a great way to close out Side A as this representation of what we've heard so far from ETTD, but yet, somehow, as these beeps like Morse code come through, or perhaps some kind of emergency broadcast and the entire record comes to a close I can't help but think that this song does what "Up And Above" did only for Side B but also for the entire record as well.   So it's not just this great way to close out the side, it's just such a great way to close out the record.

I listen to a decent amount of music which sounds like it could be from the 1980's, as I often remark that it sounds fitting on cassette.   I also listen to a decent amount of music that actually is from the 1980's still as well.    ETTD has this theme of space and with that comes time.   I feel like this album is stuck somewhere in space and time: not in the past, not the future, but only in the present.   And, well, if you know anything about time then you will know that it is always the present. 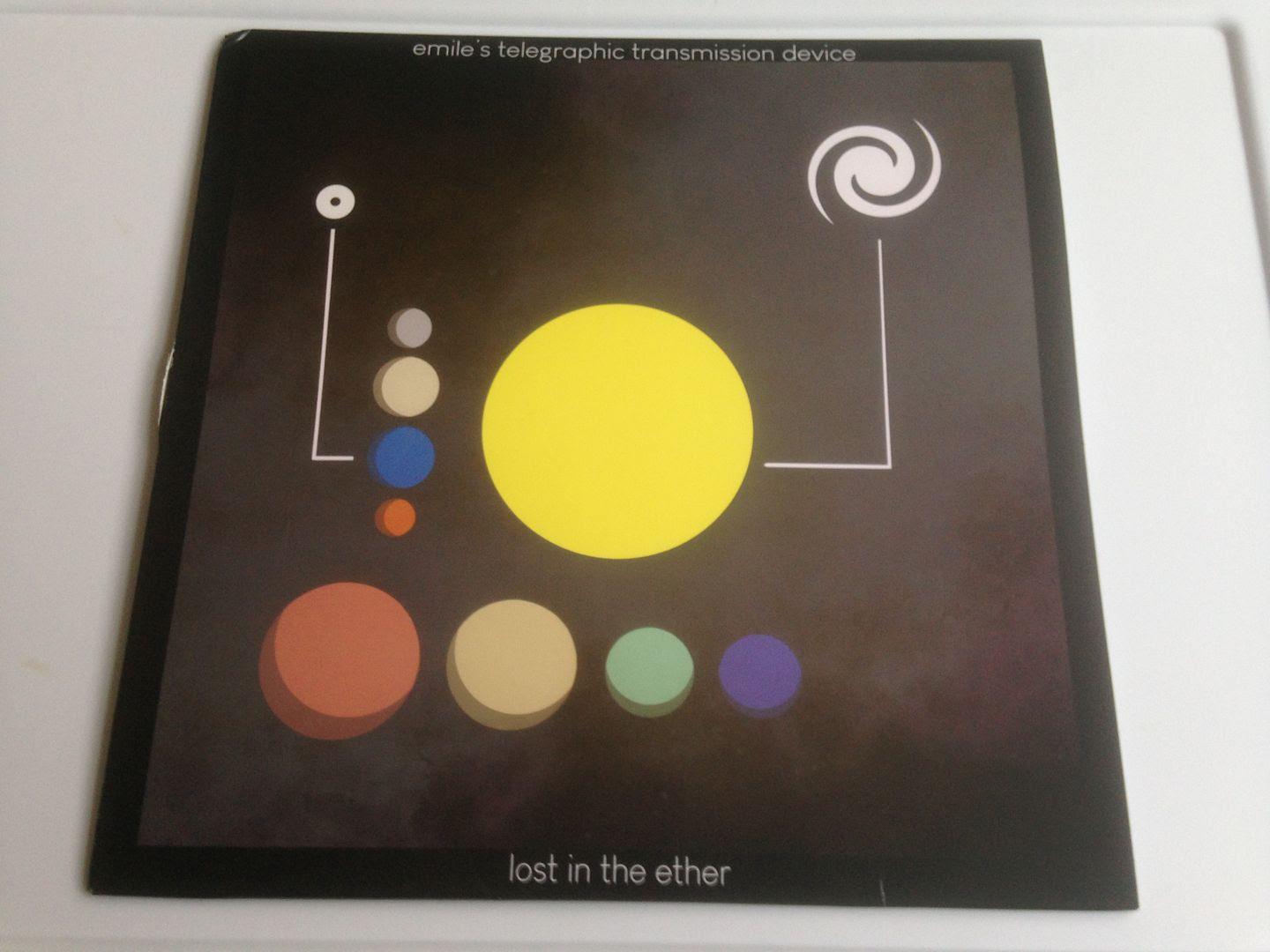 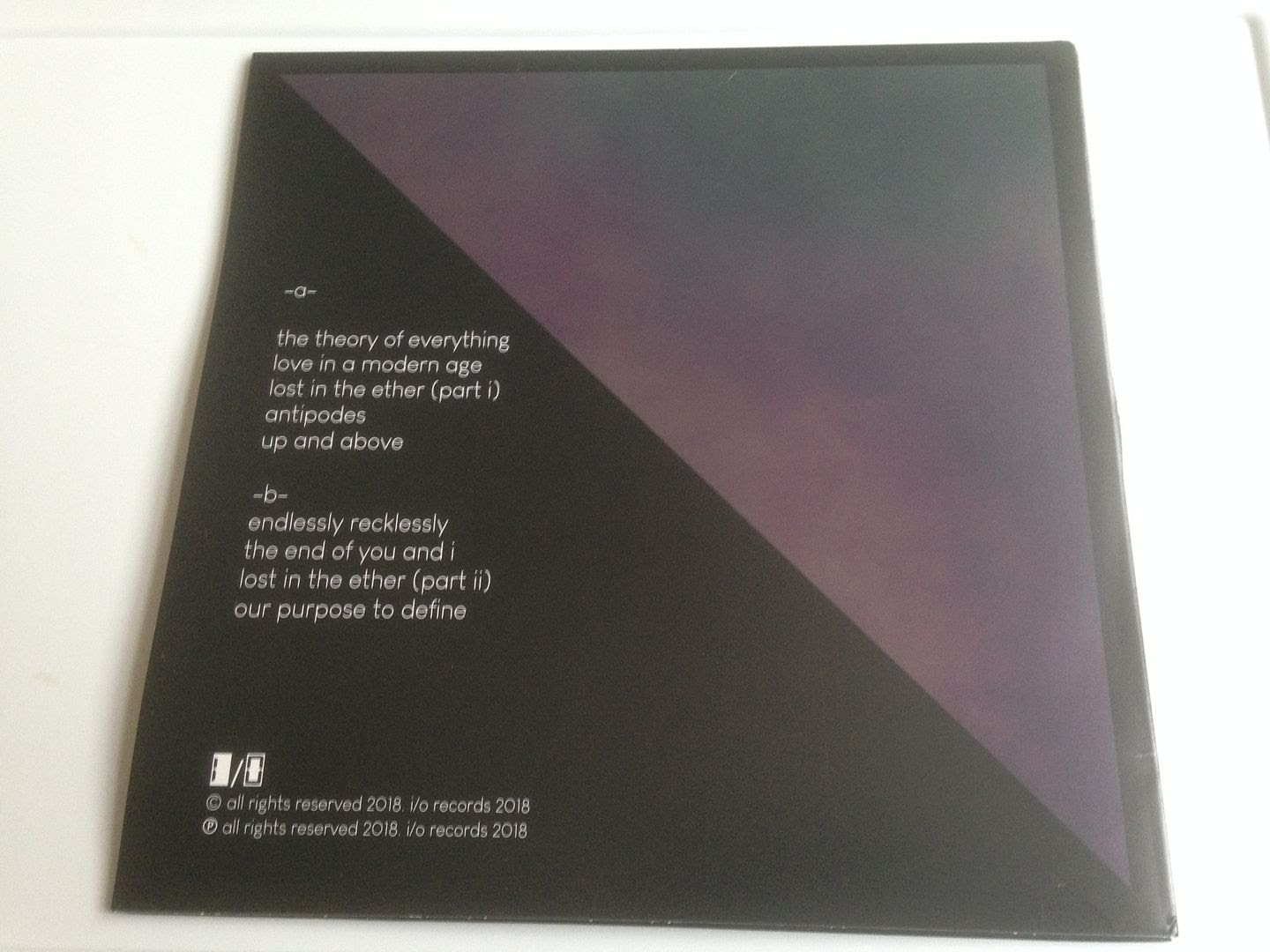 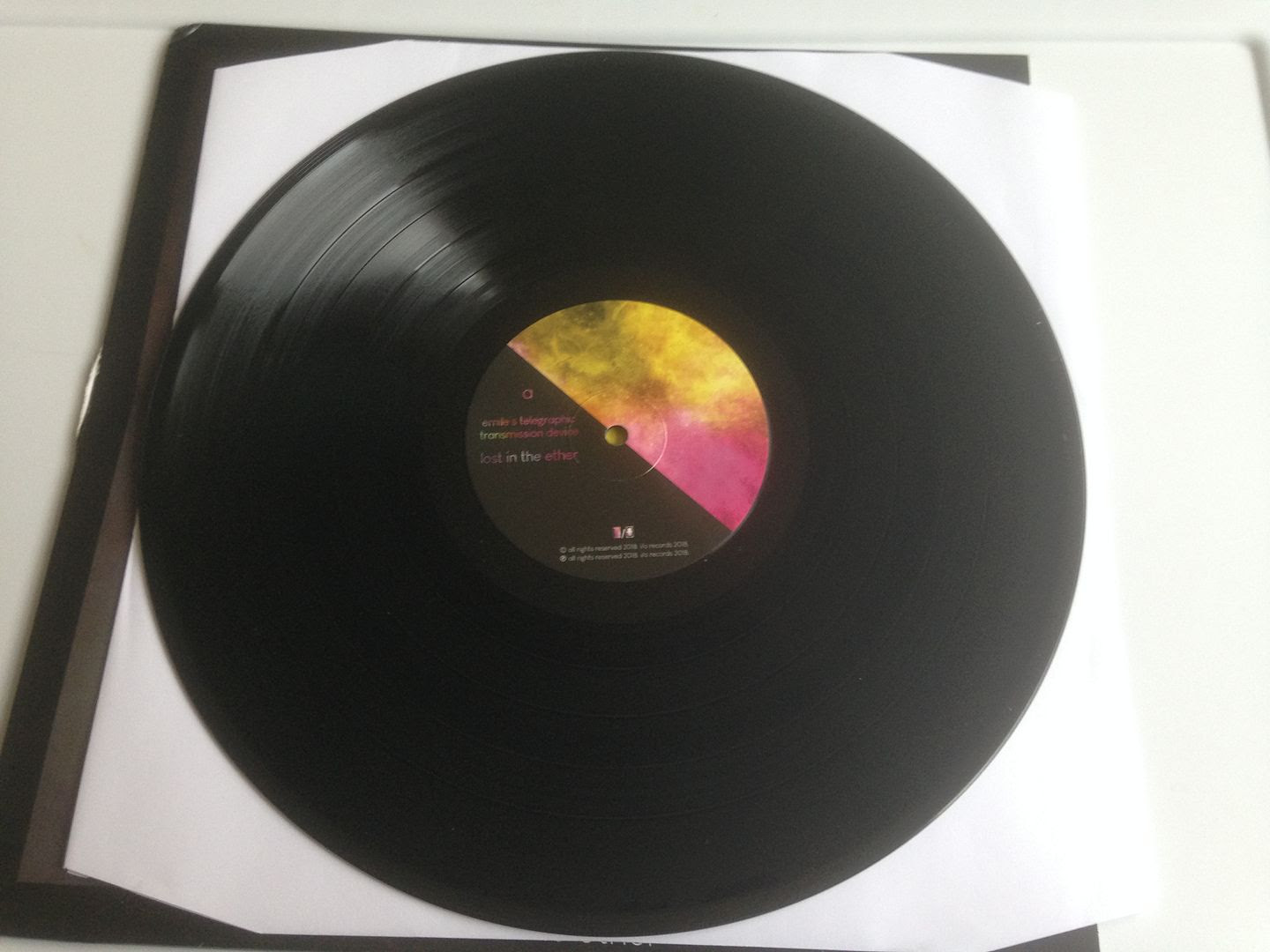 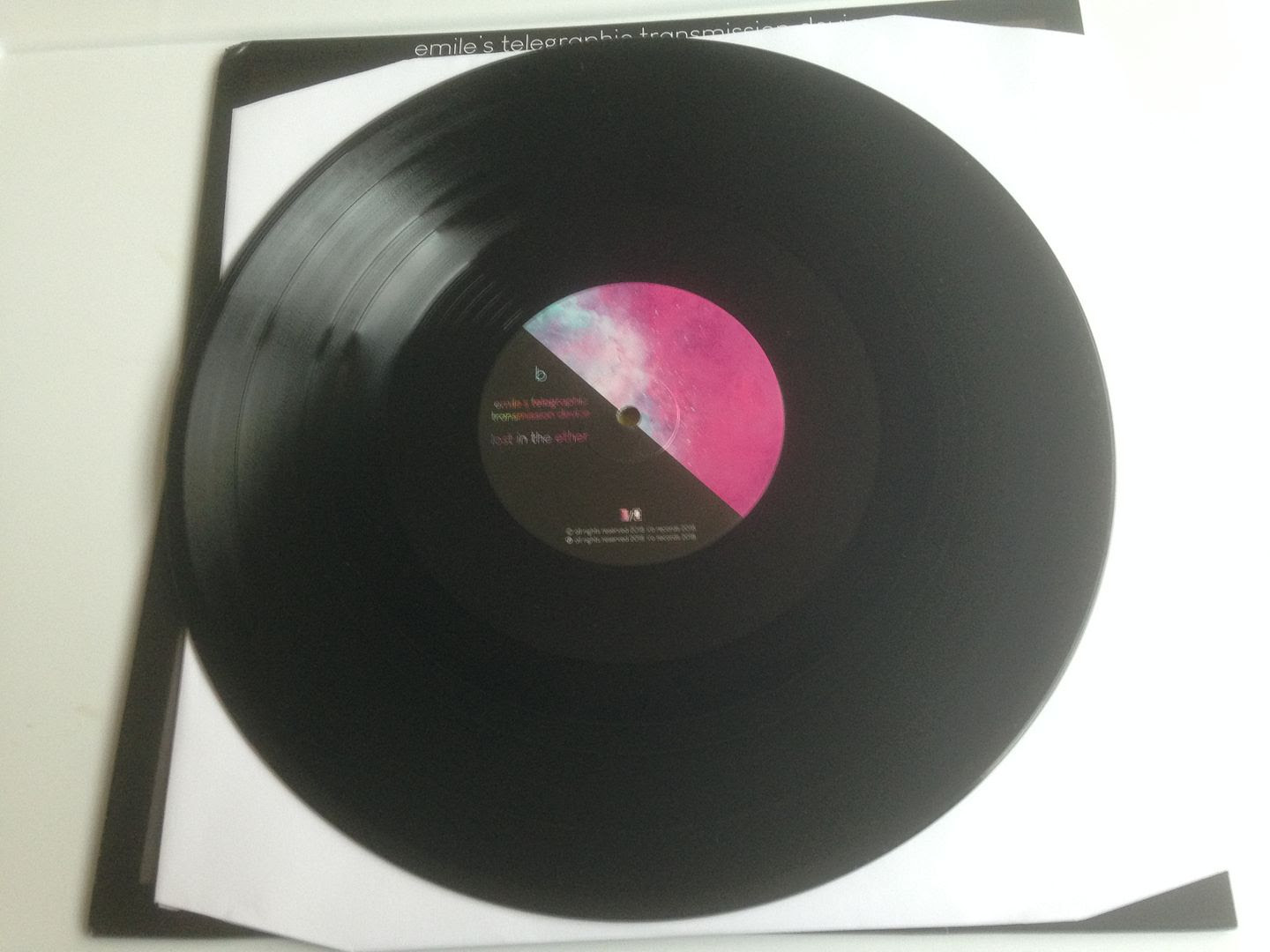