Cassette Review:
Hey Exit
"Nothing Is What You Deserve" 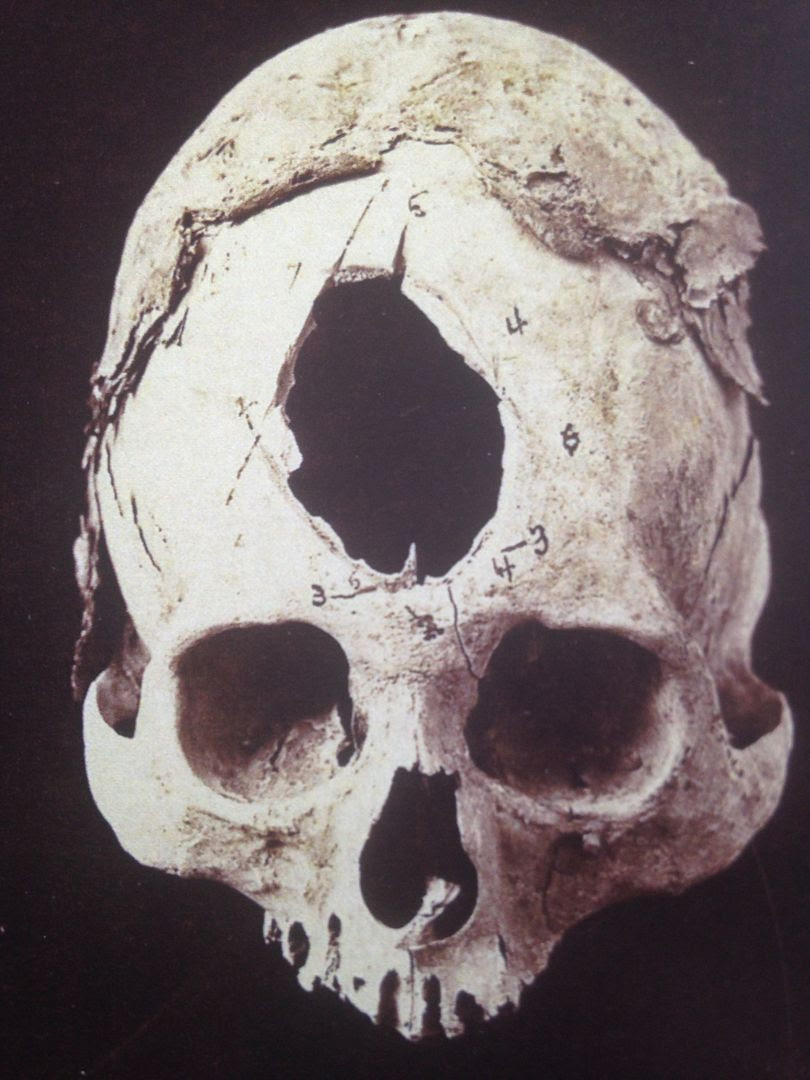 While I don't always look at the numbers on cassettes, I feel like they play an important role in Hey Exit's latest cassette (also available on 7" lathe cut record and digitally) as "Nothing Is What You Deserve is 22 tracks in total and manages to span them over the course of seven minutes.   Before you start trying to do the math on that one, it is also important to know that 21 of these tracks are on Side A of this cassette which means that Side B is only one song-- one song which is the same length as all of the rest combined, in theory.

I haven't heard Hey Exit play something this heavy before.   The longest song on Side A is 18 seconds, the shortest is 6.   The songs hit hard and fast, rapid fire as they sometimes feel like they have starts and stops if you can think of this as one big song overall (Which it is not).   This could be compared with the likes of Converge, Daughters and even Fear Before the March of Flames but I don't think any of them have even written songs this short.  Has anyone outside of the obvious punk names done something like this before?

I'm over here listening to these CDs Deathwish Inc. sent me back when you could get them at random and they were 10 for $10.   I'm flashing back to all that great hardcore and thrash from the late 1990's and early '00's.   Names I can't remember, but bands like Ed Gein and the Tony Danza Tap Dance Extravanganza come to mind.   And back then it wasn't just that there were bands doing this-- there were entire labels dedicated to it like Black Market Activities.

Still, I'm all for anything that will challenge authority and the way you may think of things.   You can think of Hey Exit as an ambient artist, sometimes those guitars come out with vocals and really, "Nothing Is What You Deserve" is the opposite of all that in many ways.   It's not something I'd play for my parents though the other songs by Hey Exit might be all right with them.

Side B is nearly four minutes of a Nine Inch Nails cover of "A Warm Place" which just furthers along the idea that this is darkness.   To me, not only this cassette but the entire concept of Hey Exit is what I love most about music.  I've had publicists ask me what kind of genres I cover since they'd submit me music that was just not for me.   It seems cliche, but my answer is always: "I listen to good music" (Though I think I specifically told that PR person my genre was "not this" of their submission and they blocked me, but anyway)

I don't want to be a website that writes about [insert genre here] music.  I'm sure labels don't want that anymore either-- to be known as a hardcore label or a punk label or whatever.   So the idea of artists not being broken down into genres either ("Oh, you know, he's an ambient artist") is something I think we're heading towards in the future and Hey Exit is helping to pave that way for all of us.   And next time someone asks me what genres I tend to focus on, I will simply say "Hey Exit". 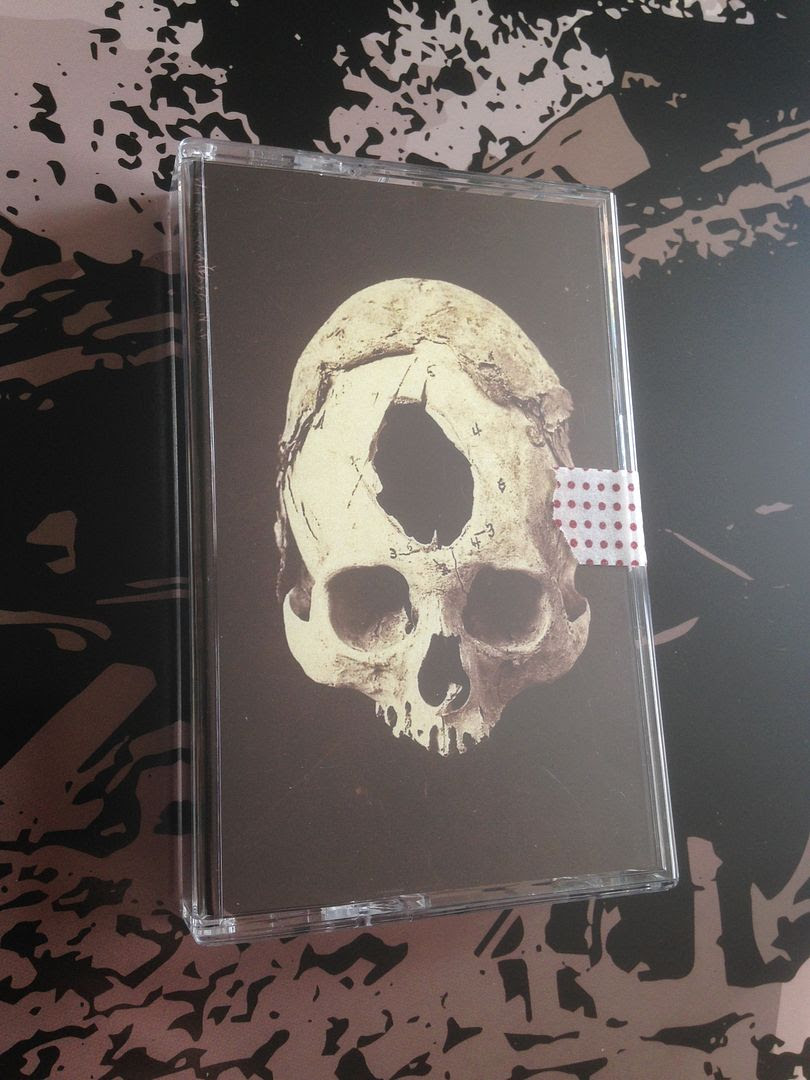 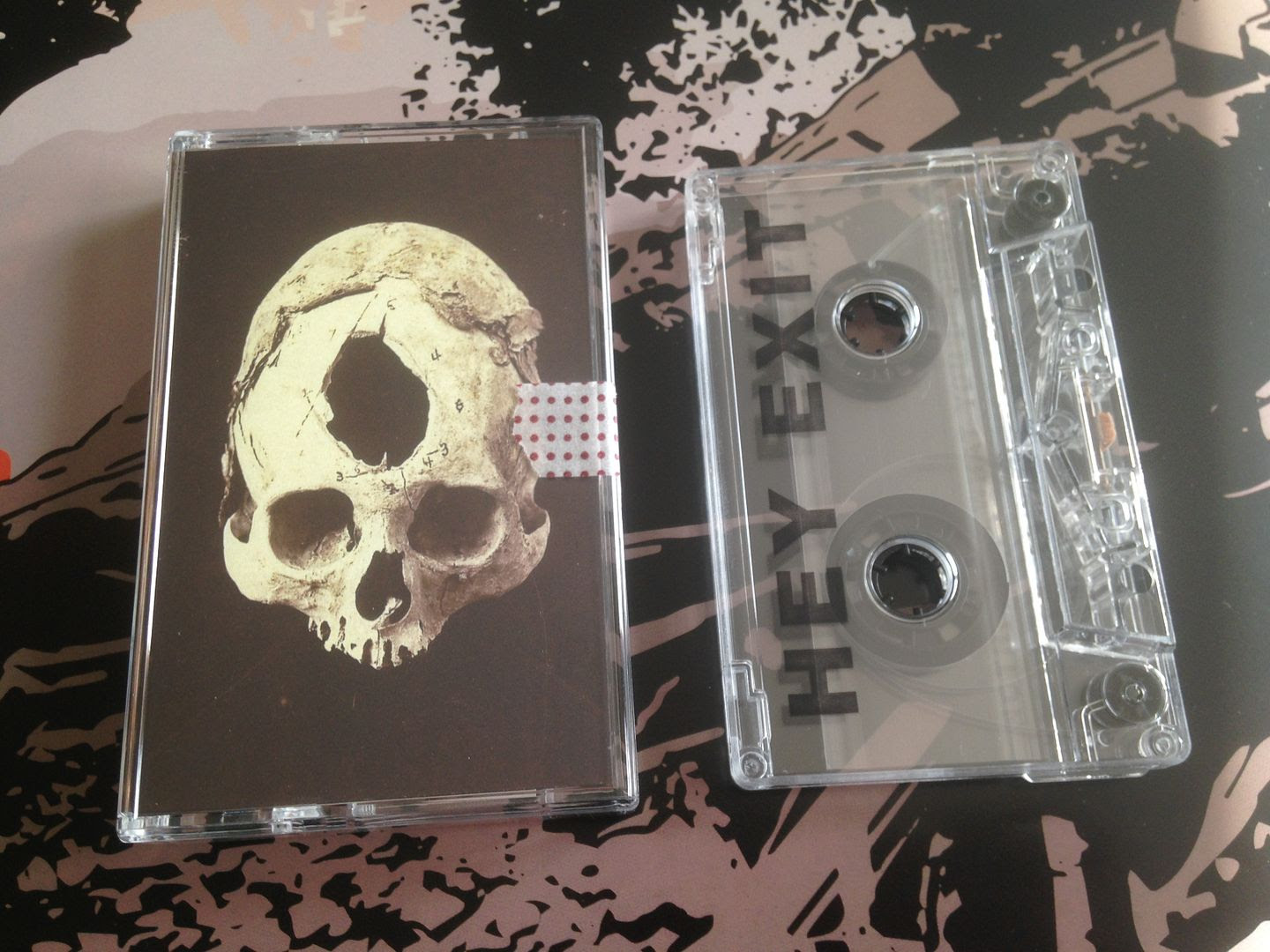 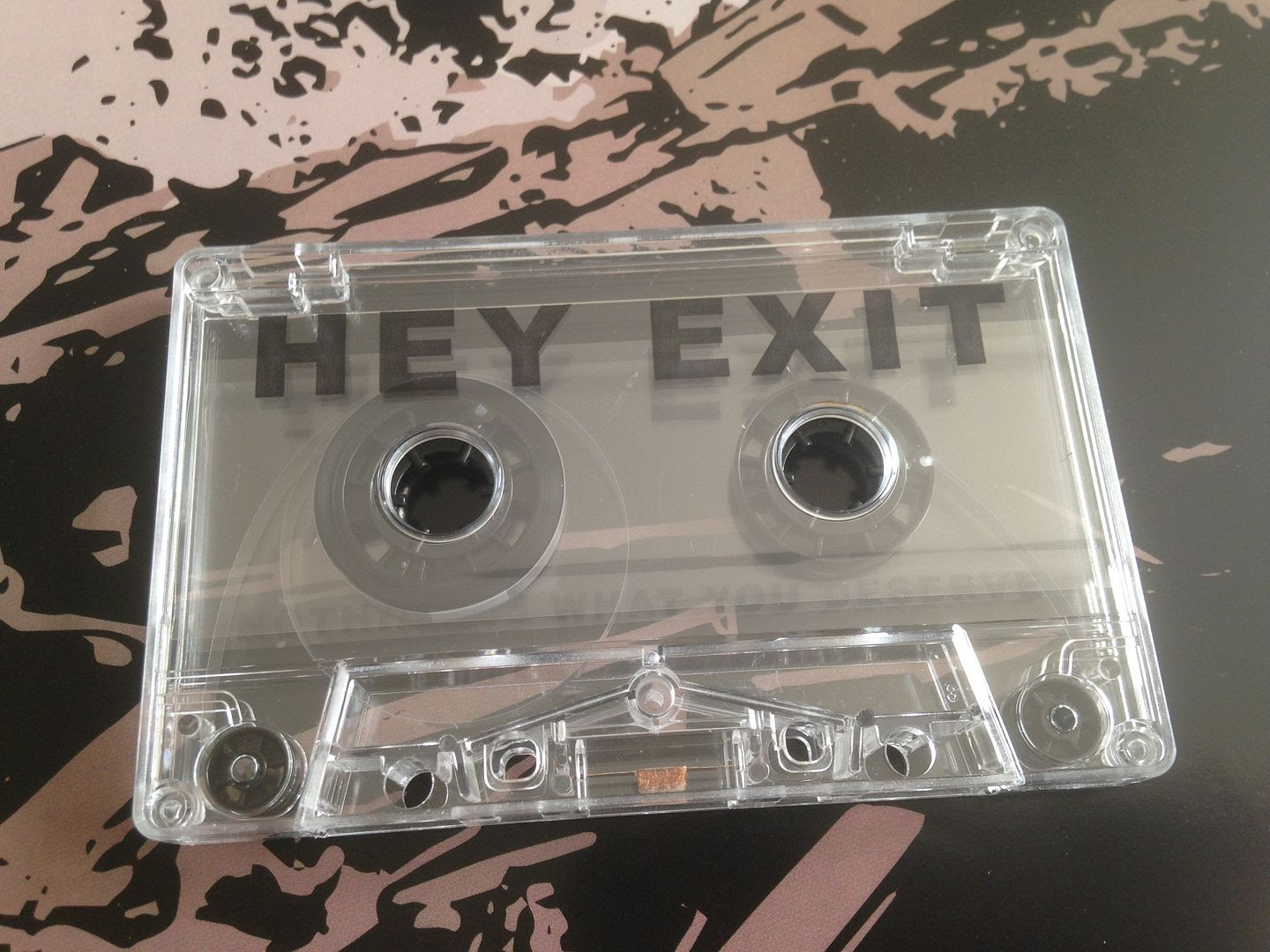 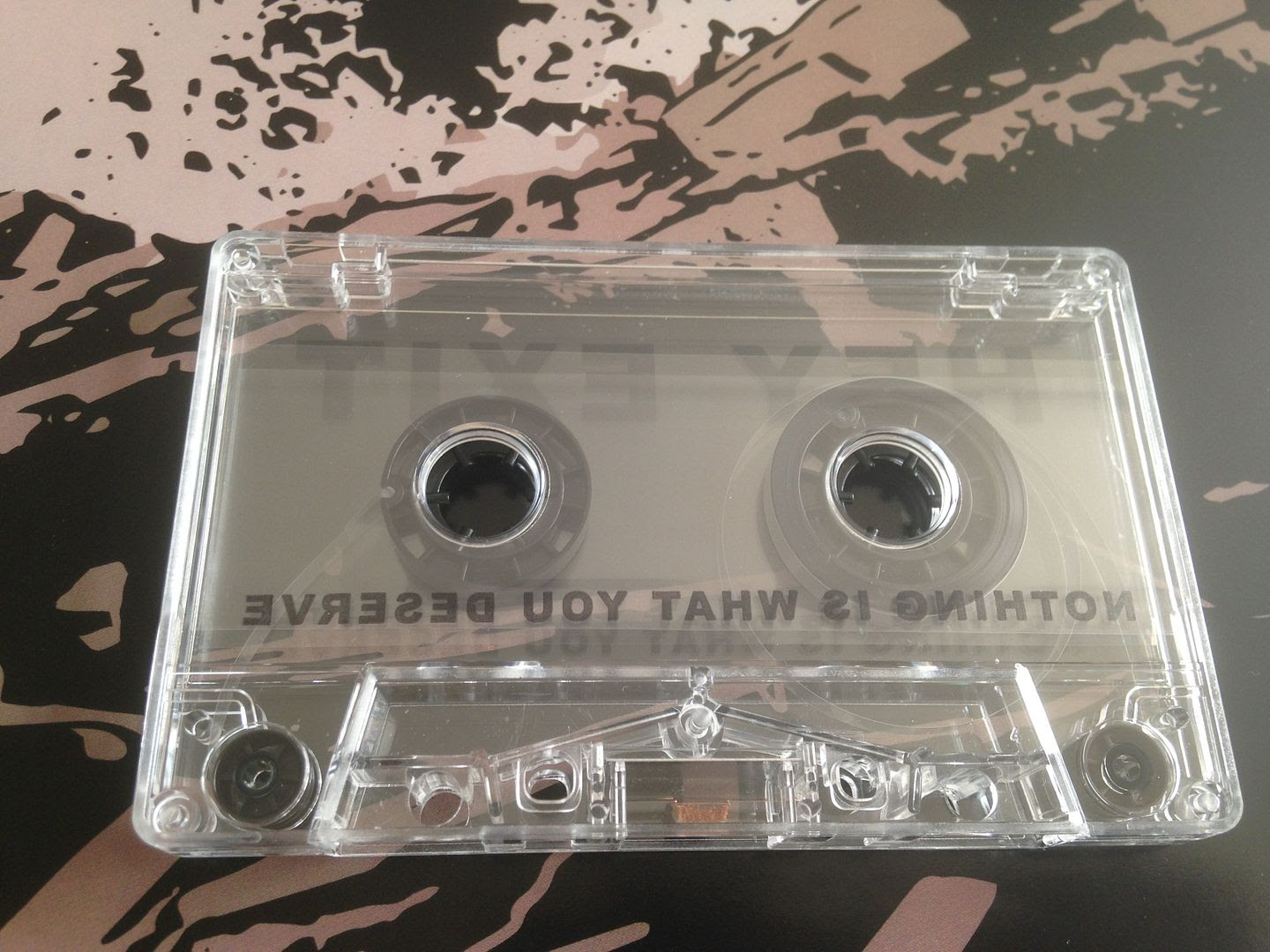 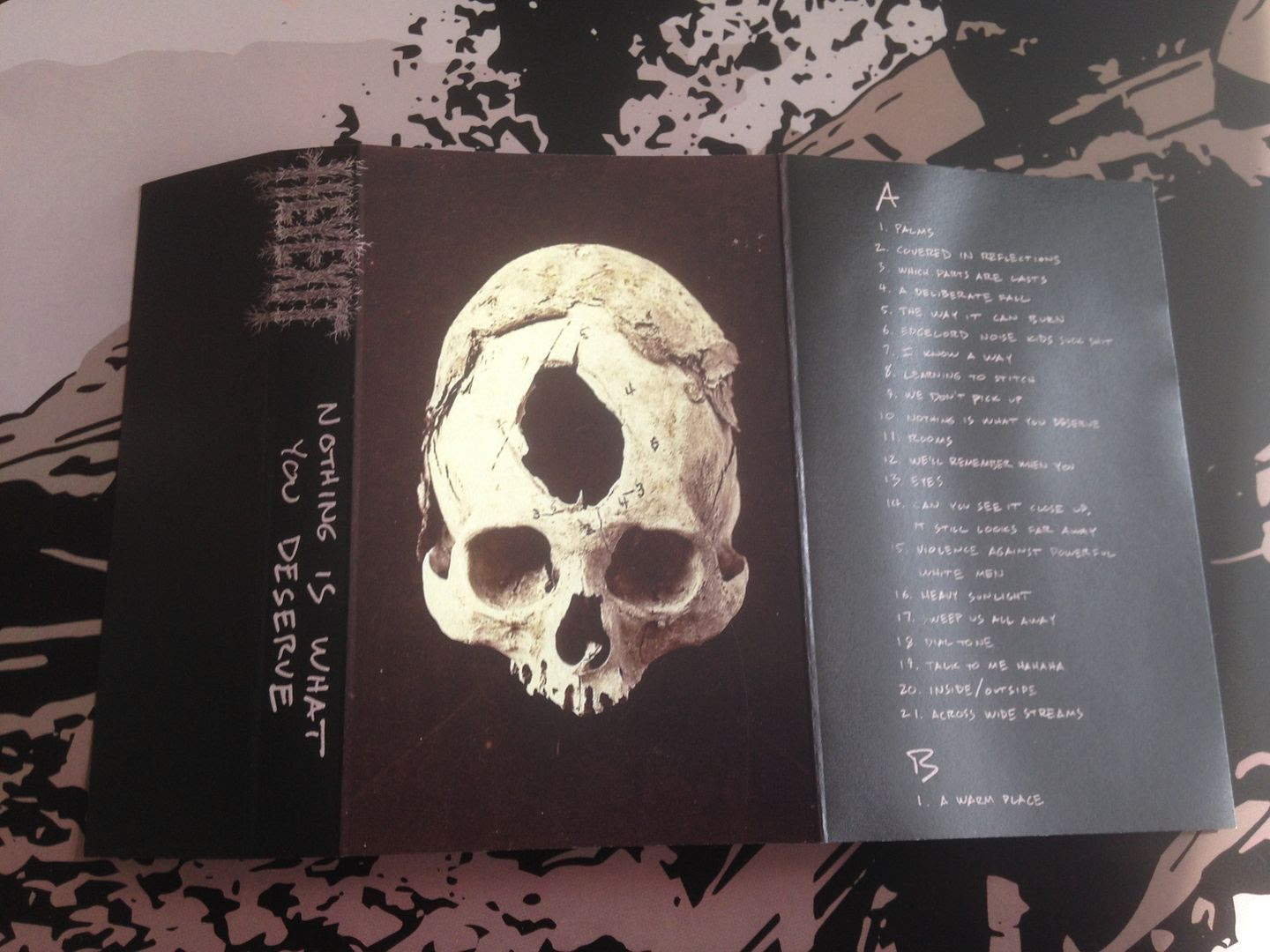 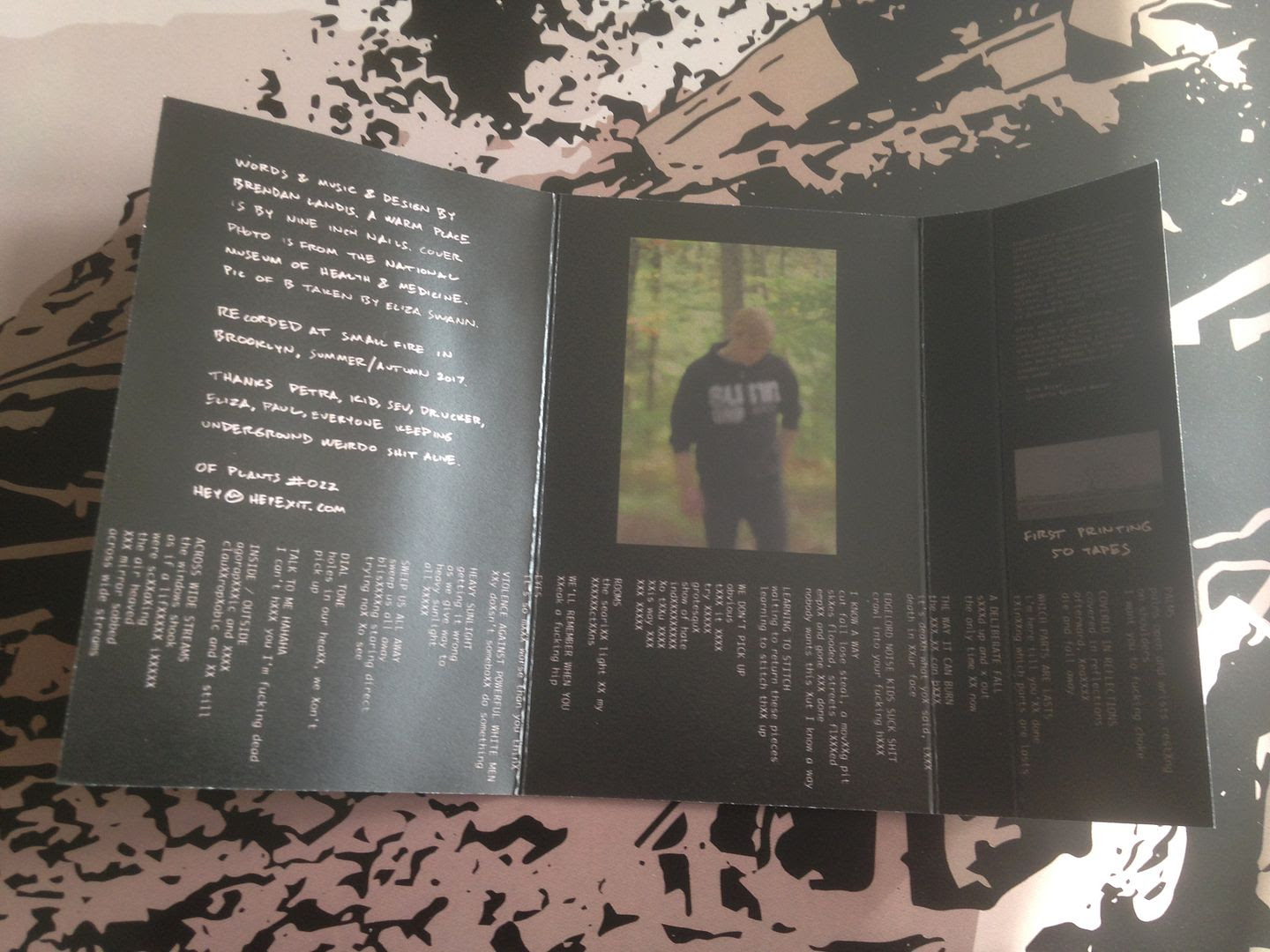 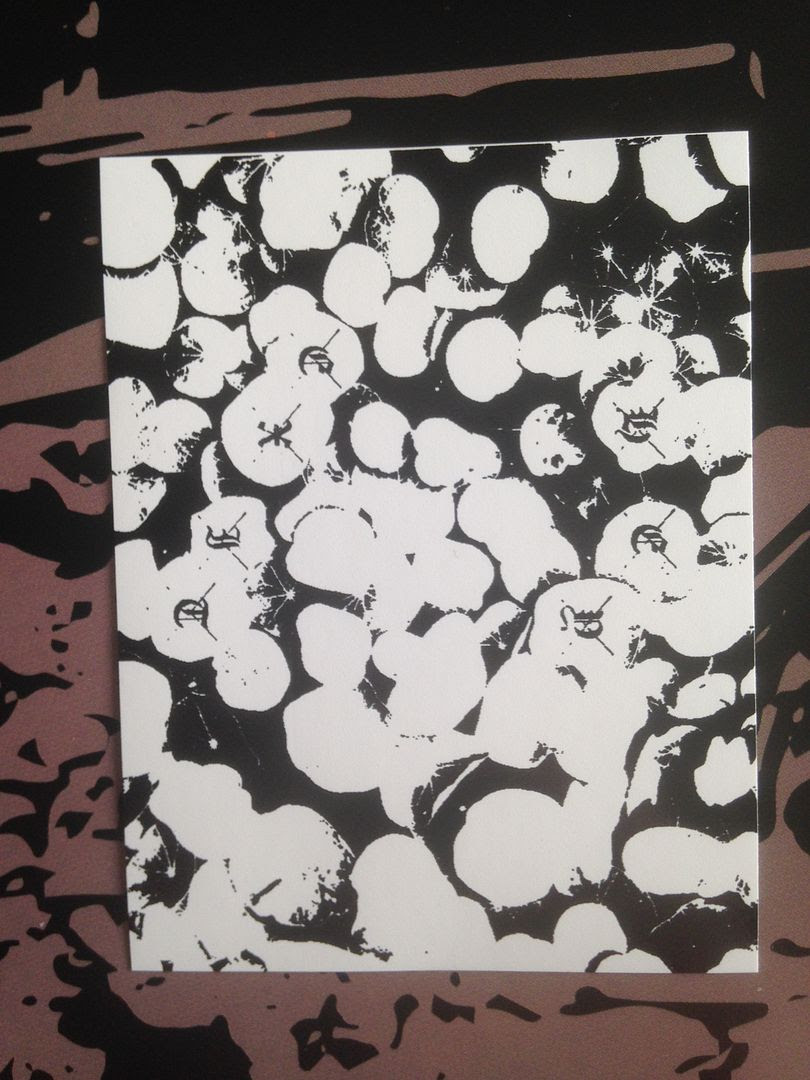 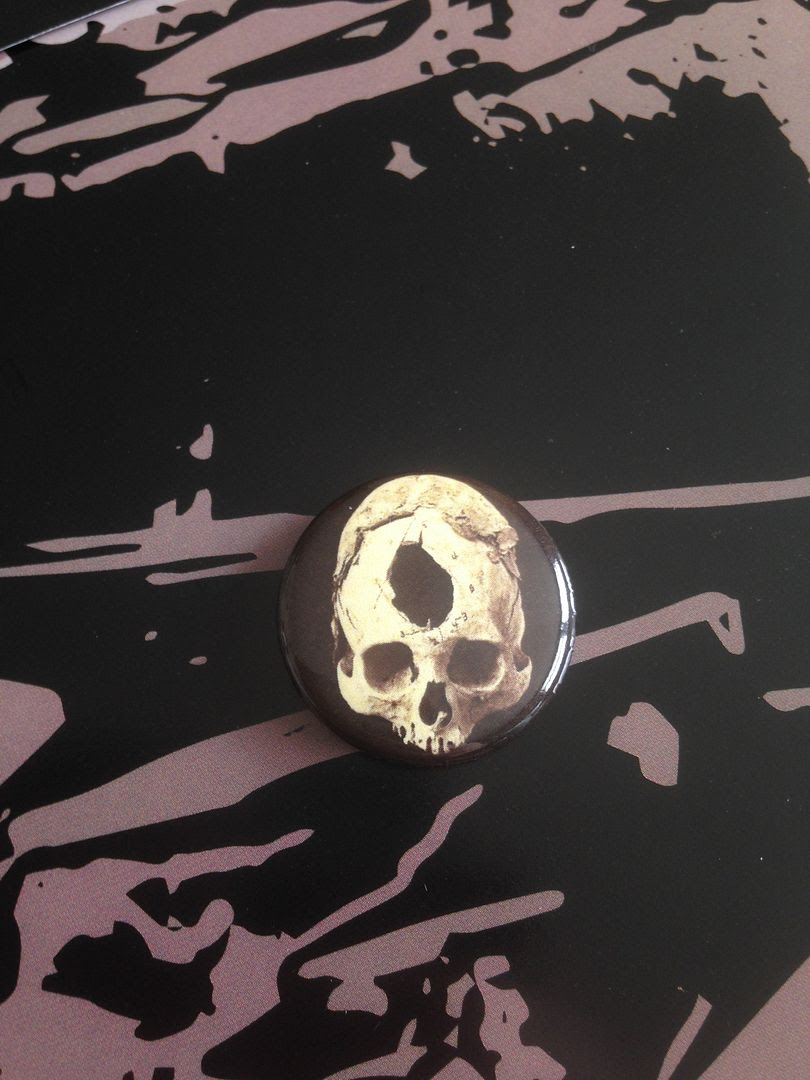 Posted by Joshua Macala at 8:35 AM