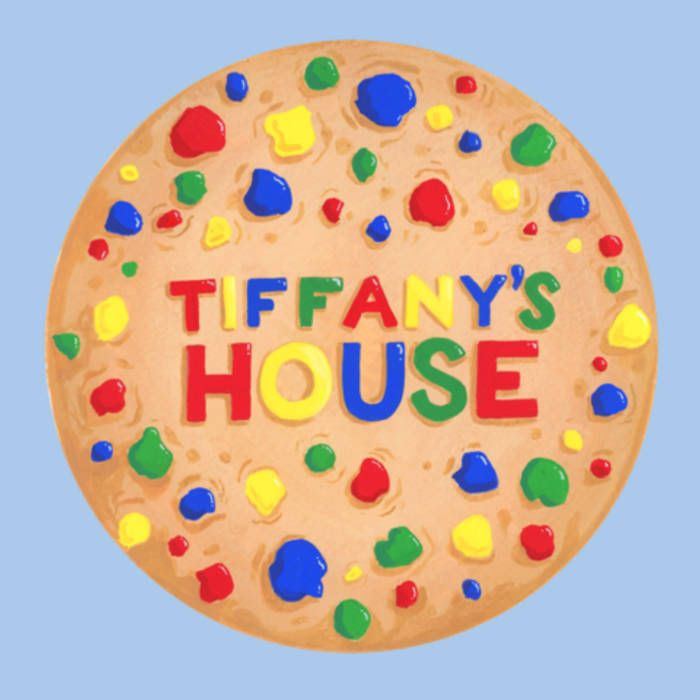 I'm not always sure how to describe lyrics which are not typical.   It's not just that they don't do the easy rhyme schemes, it's that they are about subjects or phrased in ways which you usually do not hear lyrics being phrased.    To that end, I have been listening to this album digitally for a while now and I must say that whenever an artist has what feel like random lyrics I'm going to start comparing them to Tiffany's House, which is why I'm posting this review-- so you can have a reference point as to who Tiffany's House is.

Within drum beats (sometimes drum machines), synth, whirrs, violins (?) and other fun sounds come these songs which are somewhere between the alt-pop of Deerhoof and the smooth chill of Phil Collins.    In a lot of ways these are the types of songs which will likely make you want to get up and dance even if it's like a slowdance at your junior prom.

Musically, this should appeal to you but what will probably have you coming back for more are the lyrics.    Things like "kitty cat convertible" can be echoed in a way which makes it seem much more important than it possibly really is.   The question can be asked "What would Tiffany do?" and, yes, if I was a marketing machine and made bracelets that said "WWTD?" you know I would surely wear one.

But the lyrics can be something as simple as the question "Do you wanna get ice cream with me?", which is an easy enough question to answer, but I mean, when was the last time you heard a song ask you that?   Has a song ever asked you that before?   And when I pull out these few lines, let me just say that there are more lines you can hear for yourself (Like how it smells like Florida but we're in New England).

The only other release by Tiffany's House on their Bandcamp page is a collection of three songs, two of which appear on here and one looks to be an under minute version of one on here as well.   So if you're going to listen to Tiffany's House, "A Little Smaller" really is the place to be.   I feel like this should have a cassette release and I could see it repeating on both sides.   If nothing else, after another EP release I'd like to see both EPs released on cassette but who knows what the future holds.   Right now I'm digging this one digitally and will likely bootleg it eventually if there isn't an official cassette release.