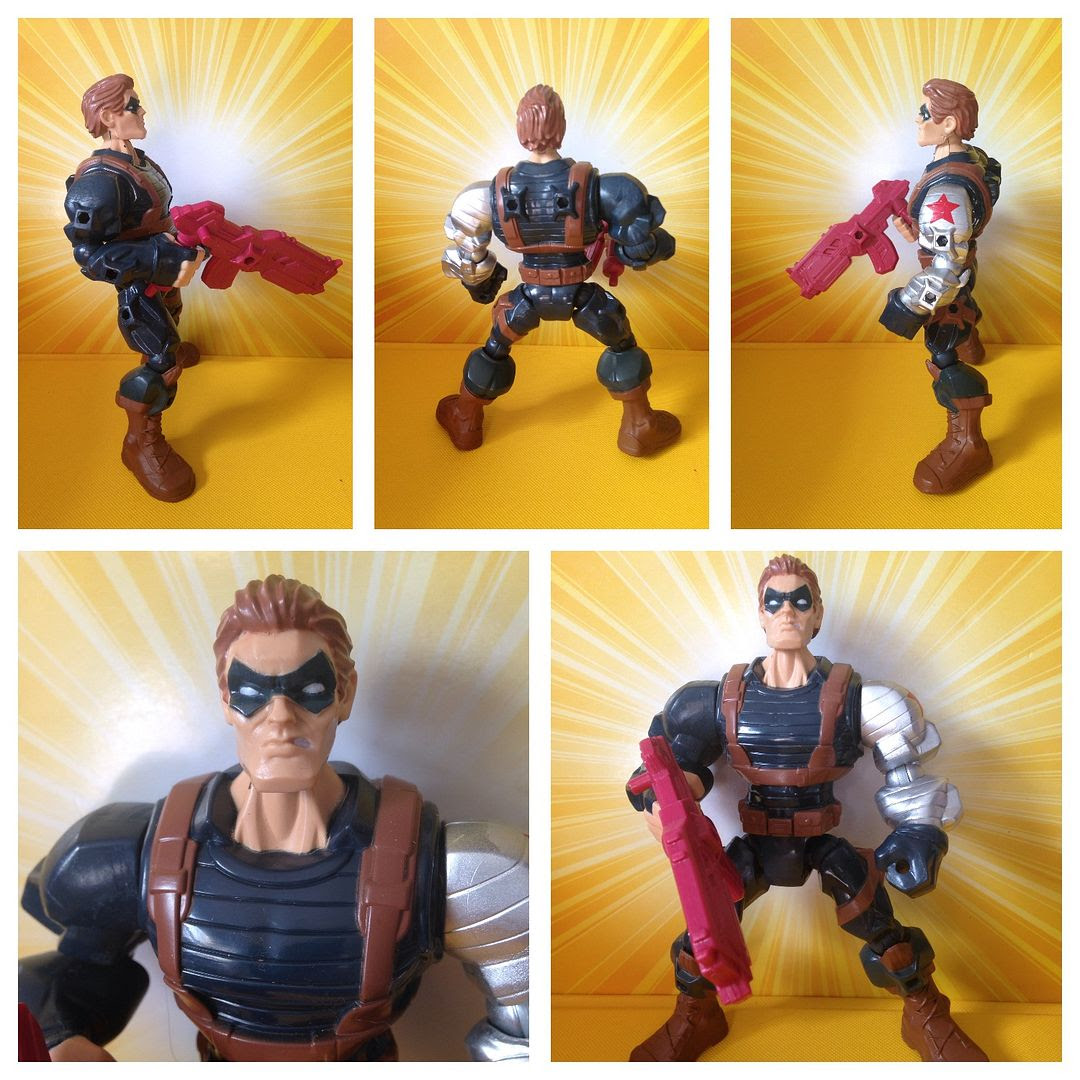 I will be the first to admit that I was never a big fan of the Winter Soldier because I really don't like sidekicks in general.   I'm not a huge fan of Robin and if you tried to repackage him and give him his own movie or something I might not be into that either (And don't get me started on Nightwing)   Years ago, I read the Captain America "Winter Soldier" comic book arc and was like, "Wow, they sure went through a lot of trouble for Bucky".   I just wasn't convinced that Bucky could be anything other than Captain America's corny sidekick.  (See Also: Robin to Batman)   That opinion changed though after seeing the new Captain America movie which revolved around the Winter Soldier character.    I finally had an appreciation for him for some reason and this Masher became one that I might have thought was cheesy at another time but now was proud to have in our collection.

A lot of what has been happening in the Marvel movies right now has been created in the world of Marvel Mashers.    There was a special set with Ultron when that movie came out and as the Ant-Man movie came out so did a Masher for him.   It's kind of funny how they almost seemingly go on cue, though Iron Fist came well before his series and Jessica Jones we all know won't get a Masher but possibly Luke Cage might?    So since the Captain America sequel featured the Winter Soldier this only made sense as a Masher and now as you should have most of the other Avengers as Mashers by now you can also include the Winter Soldier in the mix.   (Though they make Falcon he's one of the main characters we don't have as a Masher right now.   Well, and Hawkeye but I strongly dislike Hawkeye)

What I like about this figure of the Winter Soldier is that if you really wanted to you could even take the head off and put it on the body of a Captain America with a darker outfit (so as to match his mask) and turn him into a version of Captain America.    The first Captain America was actually one of my favorites in the Marvel movieverse (which surprised even me) and so bringing out some more Mashers based upon it certainly wouldn't bother me.   And just for the Avengers in general, how about Nick Fury and some Hydra soldier Mashers??