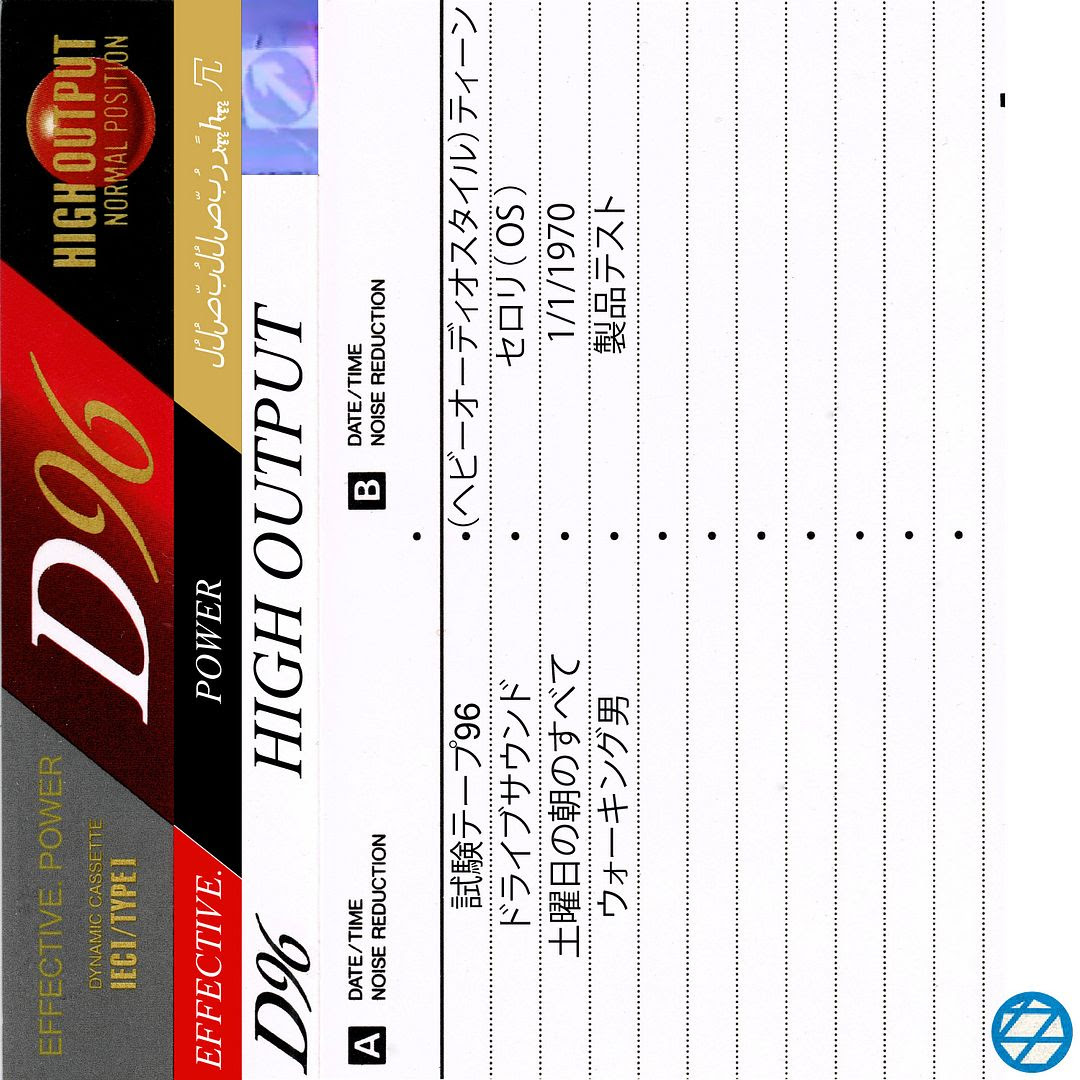 It is hard for me to not want to put this one onto a cassette.   In fact, since it is about 25 minutes in length I kind of want to put it on a C60 with the vapid.bowie release "Banger After Banger." as I feel like they compliment each other well.    And yet, this is all planned out for you nicely by the Bandcamp artwork so you can either use an actual TDK cassette and write the matching names and titles in or just print the image as a j-card since it looks like one already anyway.   (I don't know why it says "D96" though.  You're going to need about a C24 for this one)

At first the sound grows and then comes through like the feeling you'd get from sitting around a koi pond.    This brings out some synth lightning strikes and there is also this sort of bird chirping sound as well.   It's chill for sure but it might also be chillwave.    There is also this metal tapping I can't quite put my finger on but need to point out because it doesn't seem to go away.     Kung Fu Panda comes out with bells jingling and then there is a distinct Atari2600 video game sound.    This all leads to a saxophone which brings up images of a beatcop standing alone in the rain.

In an audio clip a woman asks another to go talk to a guy and she says something like "No!  Don't you see how funky he is!!", which brings out a song singing "Who's gonna giddyup" which, yeah, is pretty damn funky.   Sometimes the music tries to come through but then is broken up, manipulated to sound as if a record is skipping or something of that nature even though I am listening to this digitally only (for now) so I know it is within the song itself.   It keeps a steady beat and I enjoy the distorted aspect of it as well.

When it comes to vaporwave and that general section of music I tend to think of a lot of artists sounding the same simply because they hear something someone else does, thinks they can do it and then they try but end up just sounding like a lesser version of whoever they thought they could rip off.    Aside from the fact that this has a j-card for the artwork (because a lot of artists do that now as well for whatever reason) there is just a sound to this which I can't fully explain but I recognize as belonging to effective. Power لُلُصّبُلُلصّبُررً ॣ ॣh ॣ ॣ 冗.     Regardless of how you feel about this music (and it's tops for me because I just want to hear more of it) you have to respect someone being able to find their own voice.    But I do suppose if you're going to respect someone finding their own voice you could just as easily respect the talent displayed here.