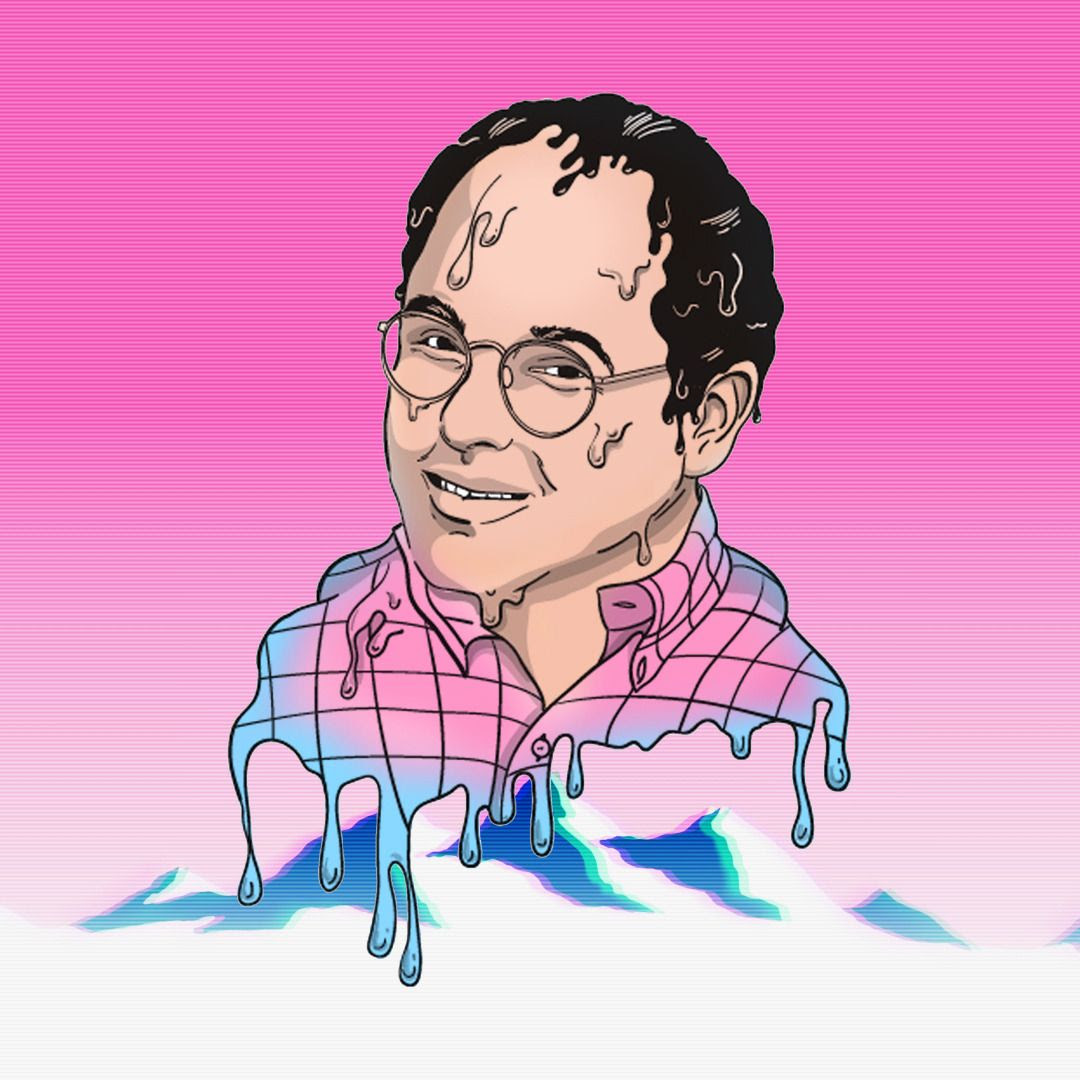 Even though I found this eight song album by searching for new vaporwave on Bandcamp, after downloading it and putting together this review I did another Bandcamp search just for "Costanza" so as to try and find the link for this.    There are a solid five results which come up and the second of them is what I listened to but, wow, to think at least four other artists are on Bandcamp with the same name.   (This doesn't include someone called "The Costanzas" either)

These eight tracks span all of twelve minutes or so, which means they aren't too long and so if you don't find yourself that invested in them it's all right because they can move on rather quickly.     Only "Summer of George" lasts for over three minutes and it has the quality of a feel good hit of the summer ala back when I had that one cassette by Fresh Prince and DJ Jazzy Jeff.     In fact, Constanza reminds me a lot of the hip hop I had growing up in the 1980's and early 1990's on cassette and that is never a bad thing.

Along with this album there exists only two other songs on this particular Constanza Bandcamp and so you don't have a lot of time to work with but overall I feel like this music is good.   I'd usually make some sort of CD and if an album was a length which didn't leave me enough room to include another album on the same blank CD then I'd add in something shorter such as this.   But now I think I'm actually going to add this to some sort of C90 and have this collection of random vaporwave all on the same cassette.   Really, this would sound better on cassette than compact disc anyway.

From cool beats and skips to funk and just an overall smooth sound this is what I imagine vaporwave to be simply because I keep going back to that blend of those elements with instrumental old school hip-hop.   Of course the gimmick here of sorts is in the name Costanza and so the songs do have audio clips of either things George Costanza has said or things which have been said to him.     For the few clips used here though I do believe that the human behind this could have a fair amount of source material to produce many more songs because we didn't even hear what could be the most popular Costanza clip about "serenity now".     I also like the idea of a Festivus album coming out later this year.

After finding so many Costanzas on Bandcamp I did think about listening to them all, one by one, and reviewing them but I think that might get too confusing.    I'm not sure who could own the rights to the name as an artist/musician- if anyone really could- but I do enjoy this and the name does certainly seem to help though if you stripped away the audio clips and called it something else I'd still enjoy listening to it just as much.