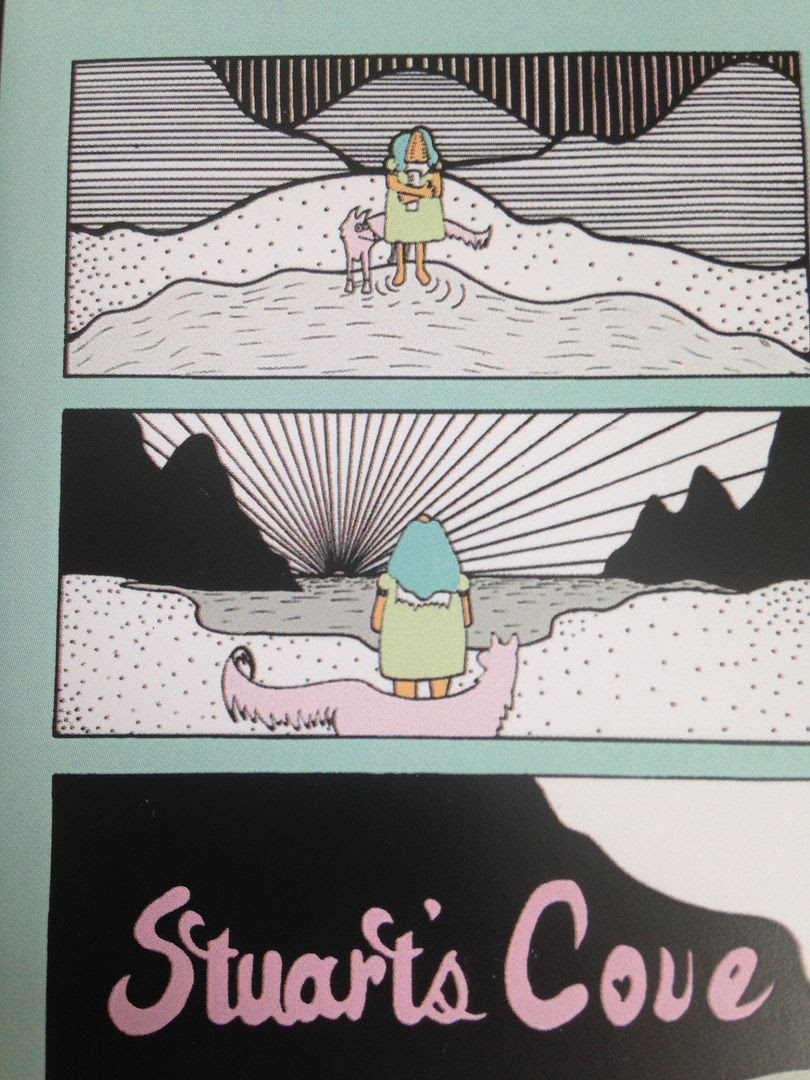 I have reviewed cassettes before and I have reviewed comic books before but never together so I'm not really sure where to start.   I usually like to start by typing about the artist name if it's not just first plus last name and in this case the source of that would come from the comic book which tells us that Critté is a young girl and Borzoi is her dog.    This is a name that I wish I had some kind of special way to tell you about for remembering it, but the more times I look at it and type it out the more I can remember it.

The comic book is set at sea and then on land.   It's got usually nine panels per page and I find that sense of consistence to be rewarding.    Though mostly silent it is still quite the adventure to read about and discover as you journey through it with the characters themselves.     The artistic style kind of reminds me of "The Marvelous Misadventures of Flapjack", which always takes me back to "Adventure Time" so you can choose between one of those.

Though the cassette features three songs on each side, it is worth noting that the flip side has the songs on them played backwards.   I will admit that I went for a long time not knowing how such a thing could occur (People have sent me cassettes before and said "Side B is the same as Side A only it's backwards!") but then someone introduced me to Audacity and now I have this strong urge to listen to pop albums backwards but don't want to pay the ten dollars or whatever to download them from iTunes.   Regardless, there is a certain sense of something to these songs played backwards where you should at least listen to them once.

"Stuart's Cove", as a cassette, begins with some loud glitching such as the sound of a motor starting.   This goes into three different songs, each different in its own way.   It's got that drum machine dreamy pop feel to it though I can also hear some Flaming Lips, which is odd because I think of their song which was the opening theme for "3 South" and now the guy who created "3 South" has his own show on Fox ("Bordertown") which I'm watching so it's kind of like life come full circle.    The vocals remind me a little bit of that Dashboard Confessional guy but then they can also get higher pitched as well.

Musically, when this is not blissed out, it has that stoner pop feel of Arthur Yoria mixed with something like Talking Heads, The Police or even Modest Mouse.   In some ways it does also remind me of The Exit, which was a band I once saw in the early '00's.   At the time, I felt like music was on a steady decline and so hearing The Exit gave him faith that we might be in store for another musical revolution.   I was right.   About music being in decline though, not the rest of it.   The '00's in through the '10's has been somewhat miserable up until lately.   (Past five years tops has been good for the 21st Century musical struggle)

Carousel notes and carnival keys, faster words and distorted beats, Critté and The Borzoi has a unique enough sound musically that if you were interested in just listening to this cassette then I would say go for it and definitely dive into this pop rock wonderment.   But the fact that it is combined with a comic book only enhances the experience for me and I do so hope that every time there is a release by C&TB it is on cassette and does come with an accompanying comic book.

The last page in the comic book, which acts as linear notes for all of this, does tell you that you can read the comic book or listen to the cassette on its own and find the merit in them or you can combine them.   I think when you find that balance between listening to the cassette while reading the comic book it just becomes miraculous.   And I know you might try and use your math smarts to figure out how long the three songs are divided by pages and figure out how many pages to turn per second or whatever, but trust me, just relax and trust your instincts.   It might take a few times before you reach that last page and final note together, but when you do it will be that much more worth it. 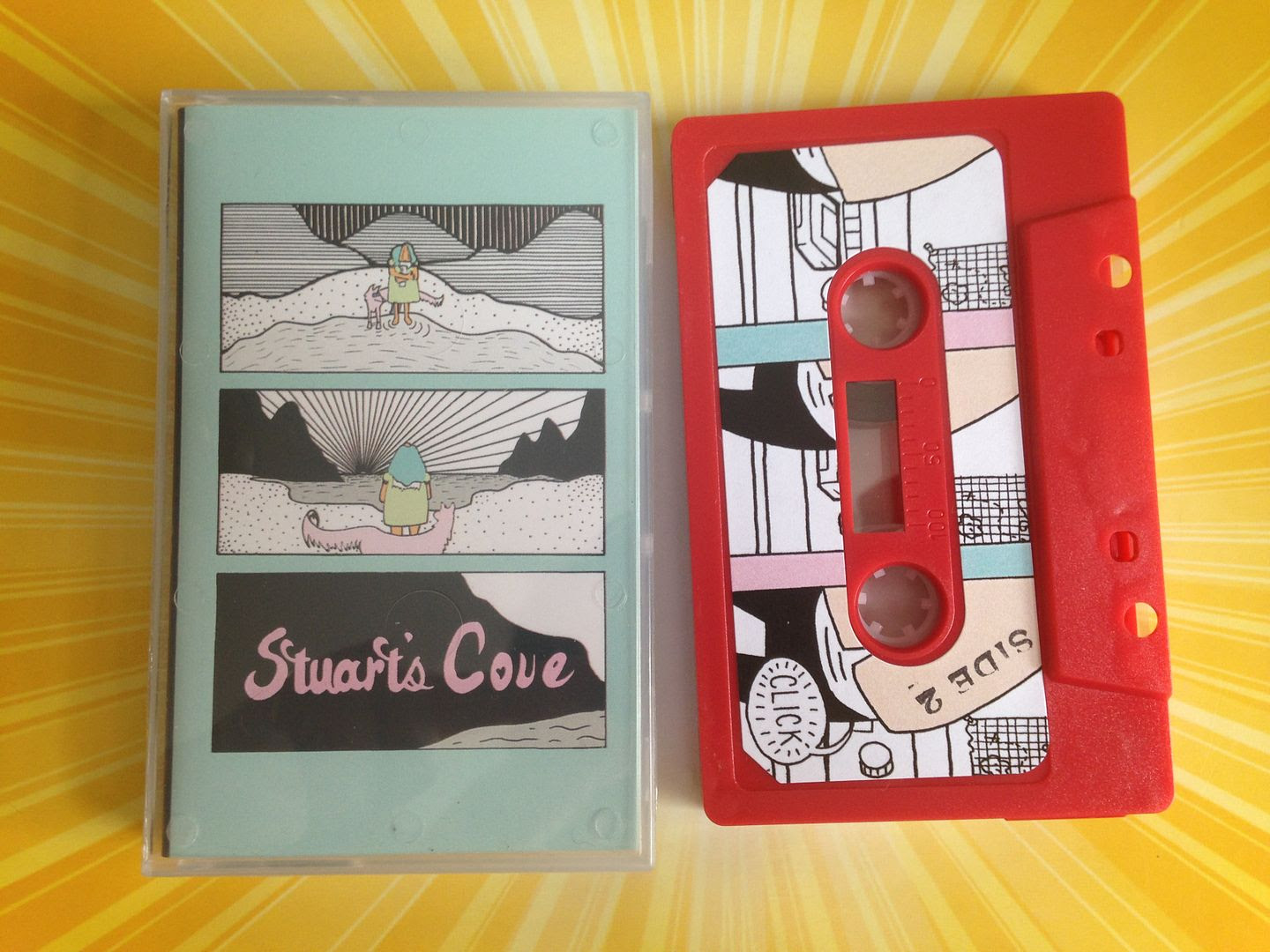 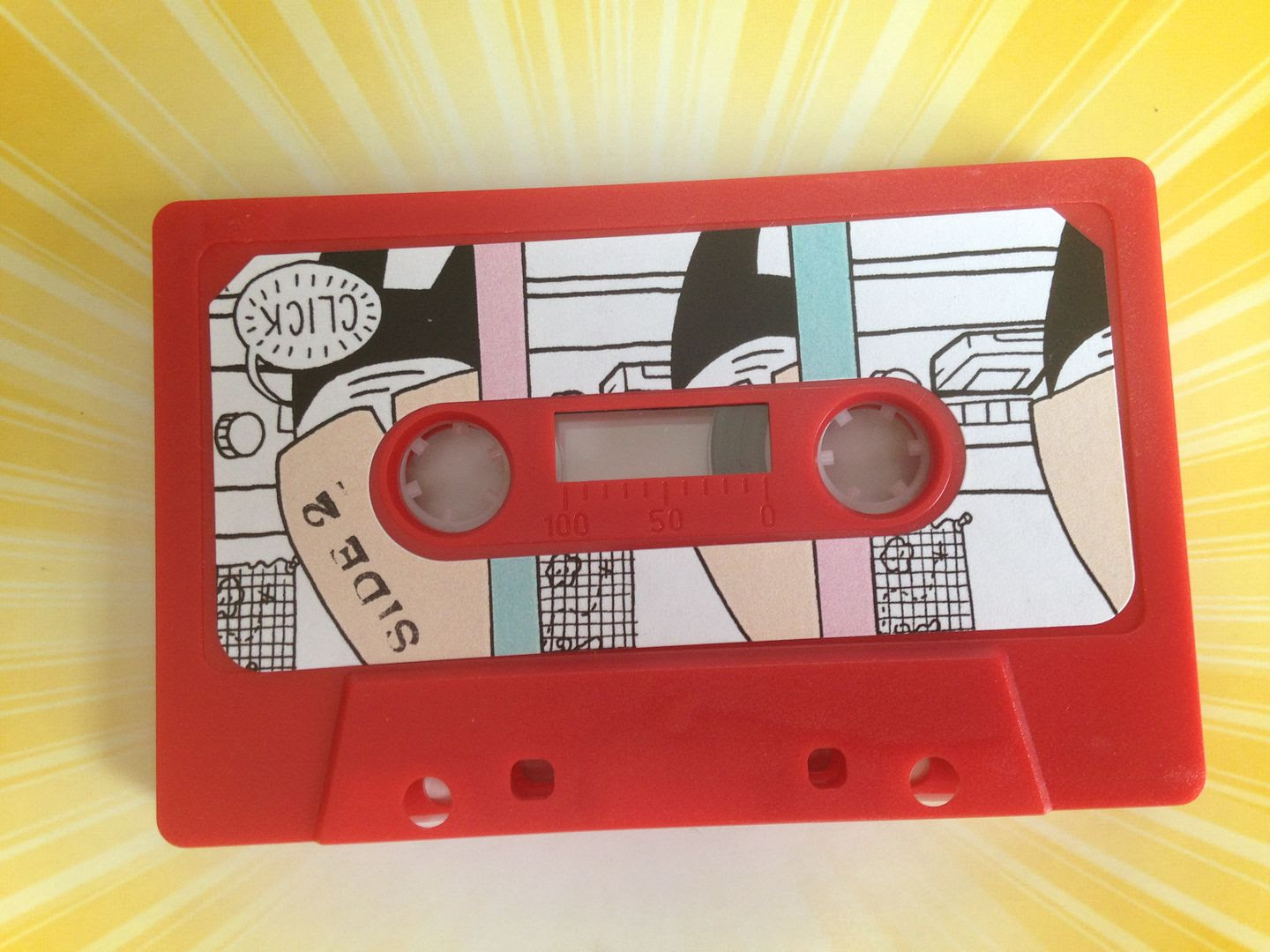 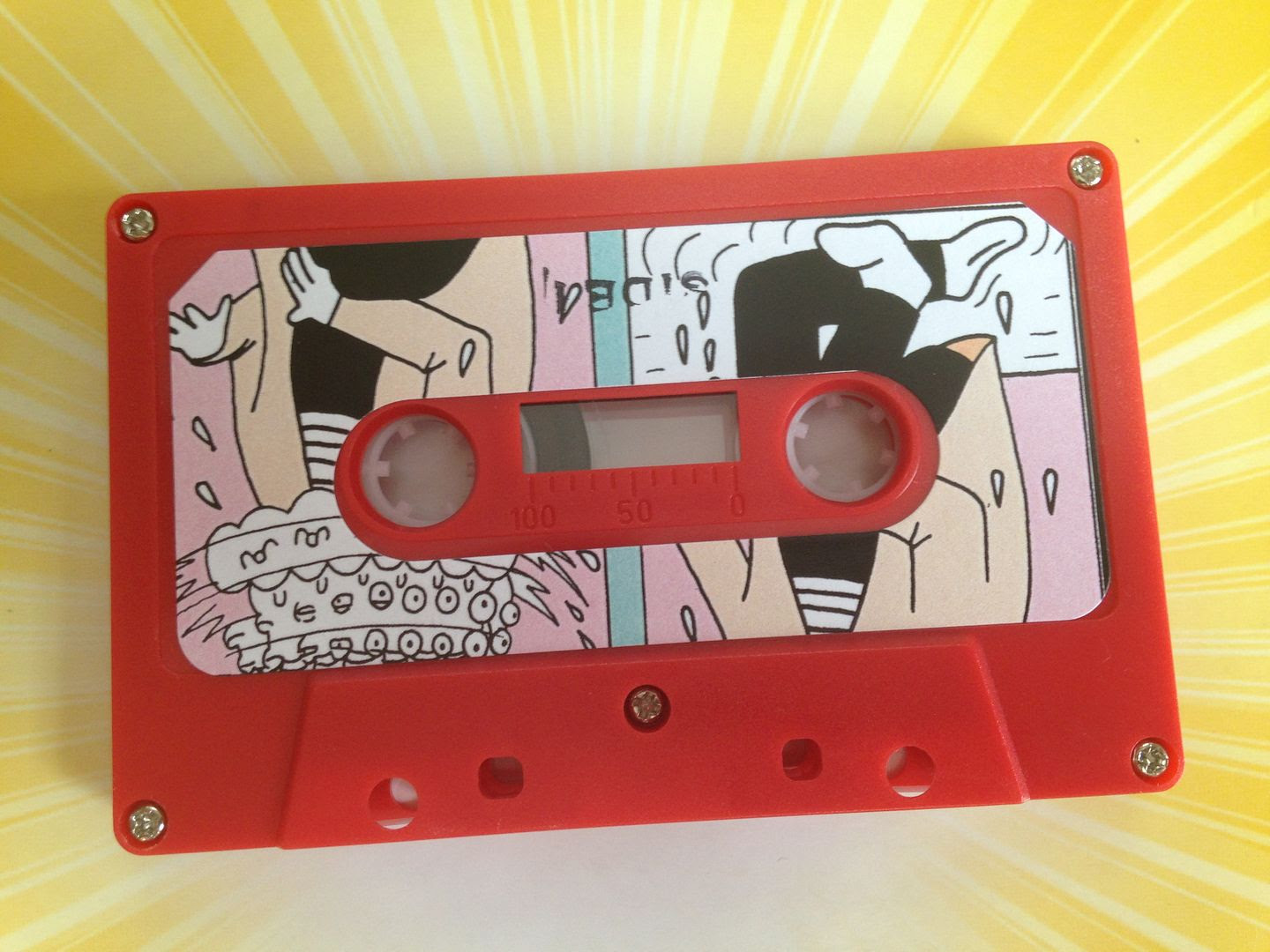 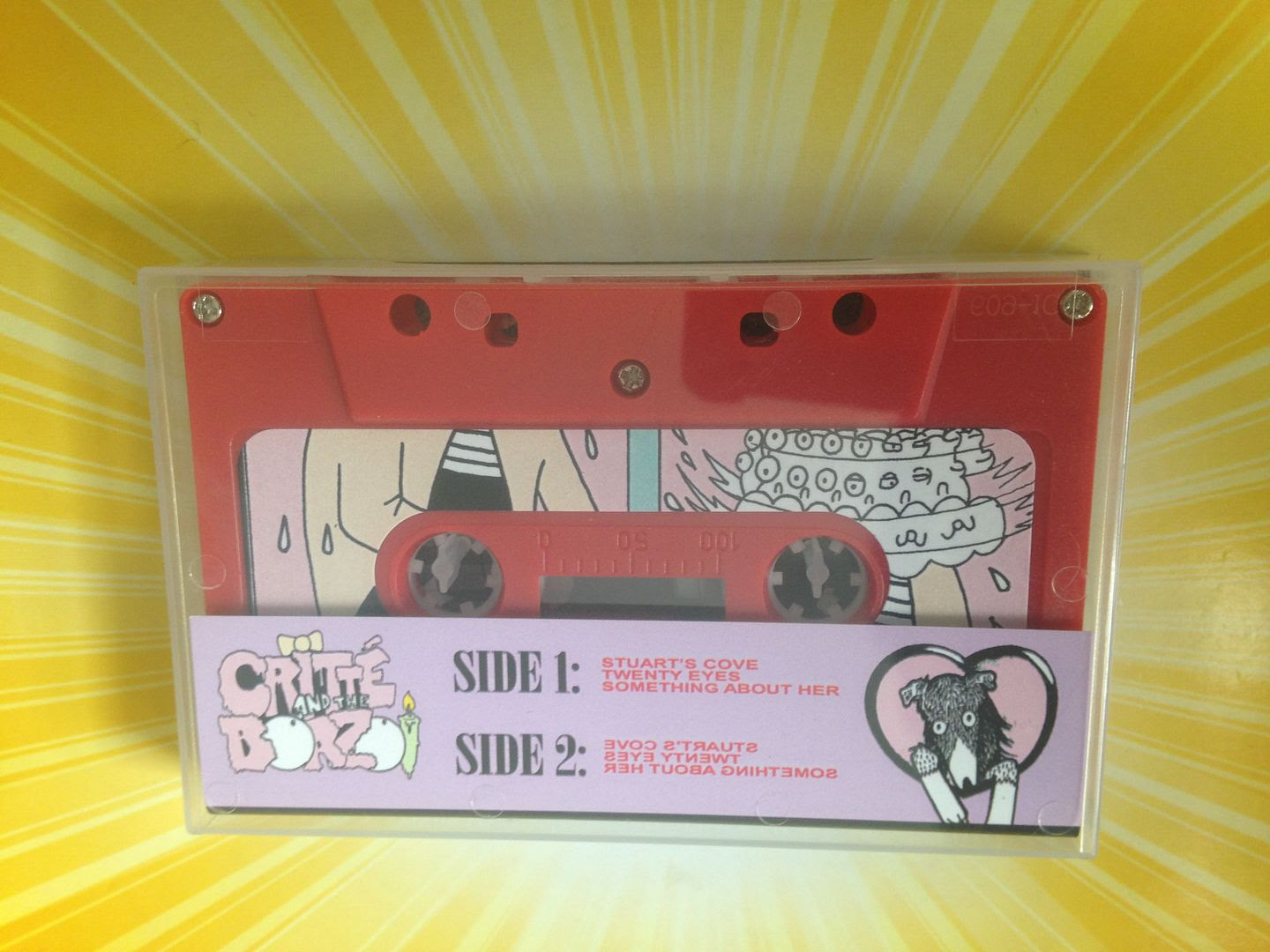 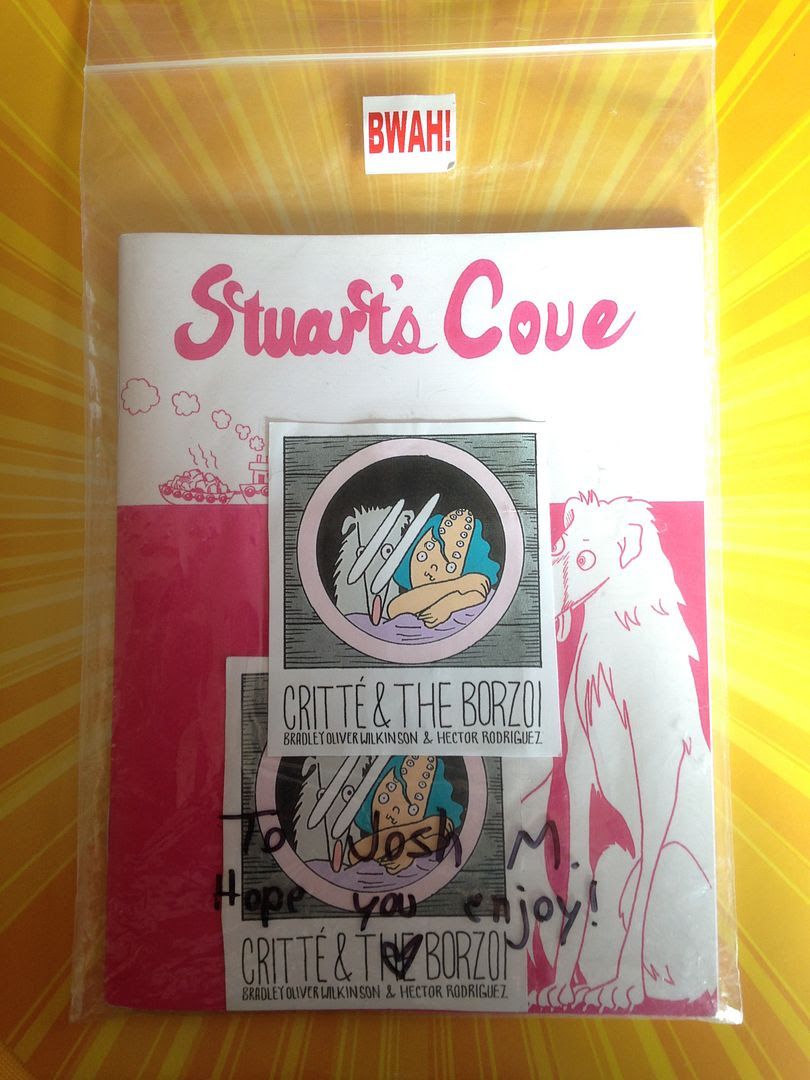 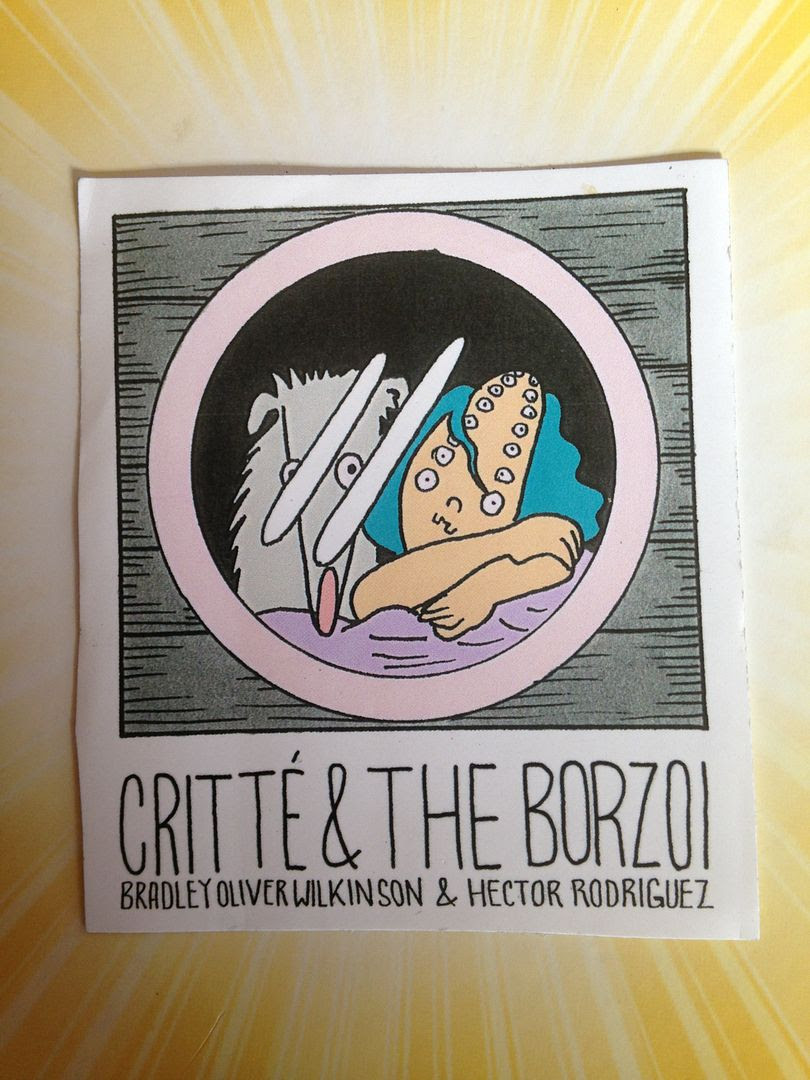 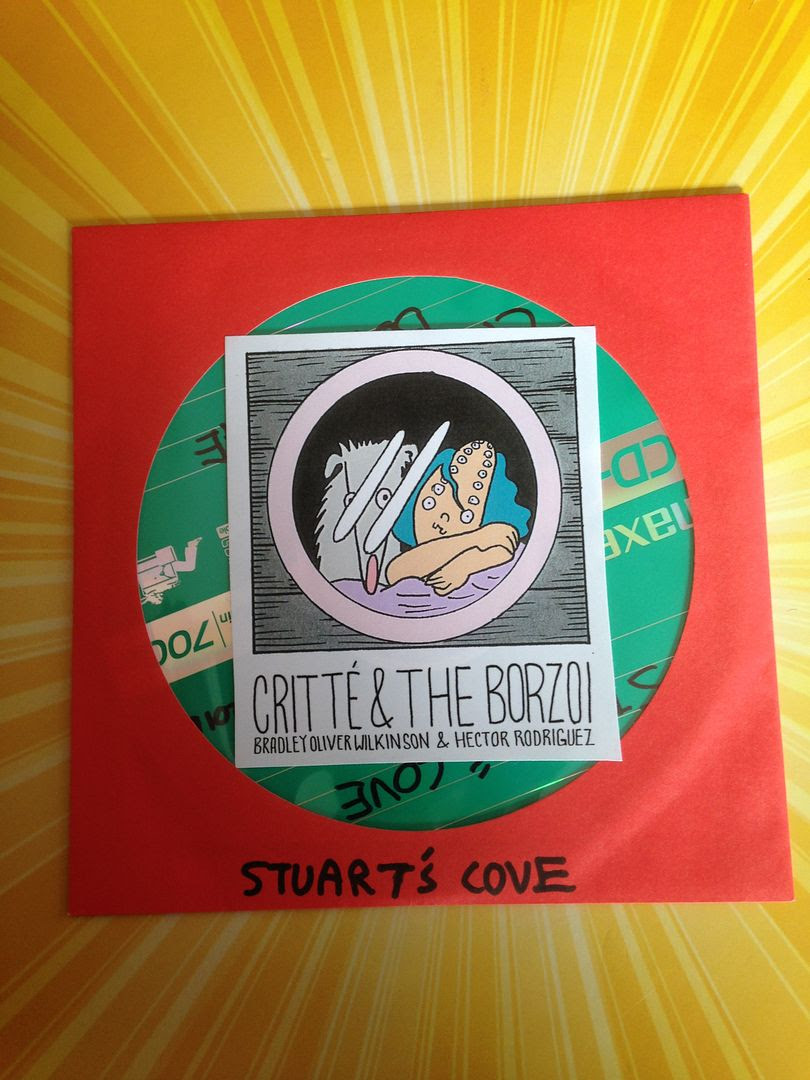 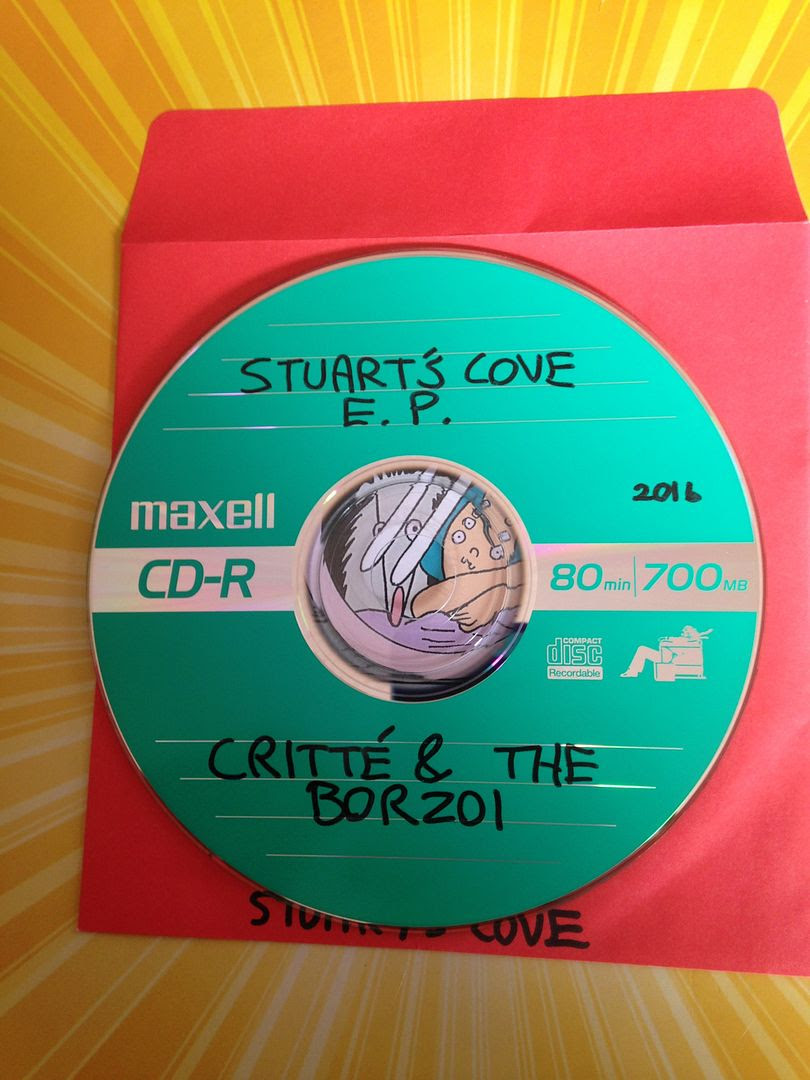 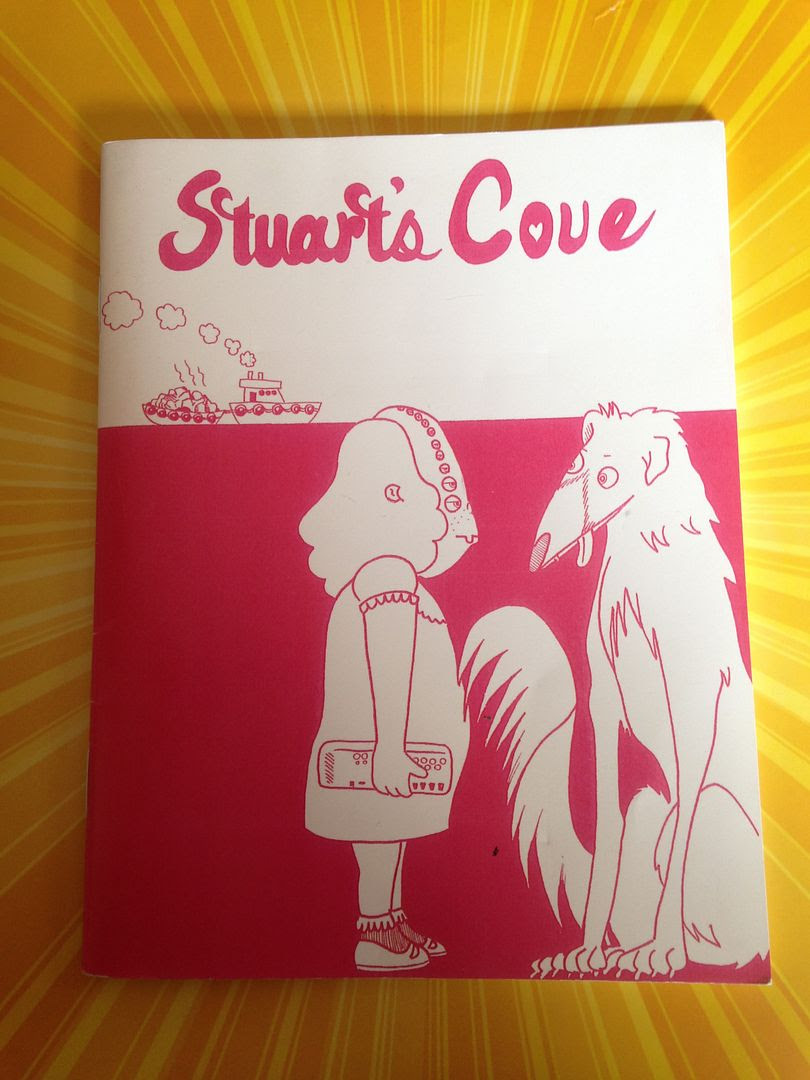 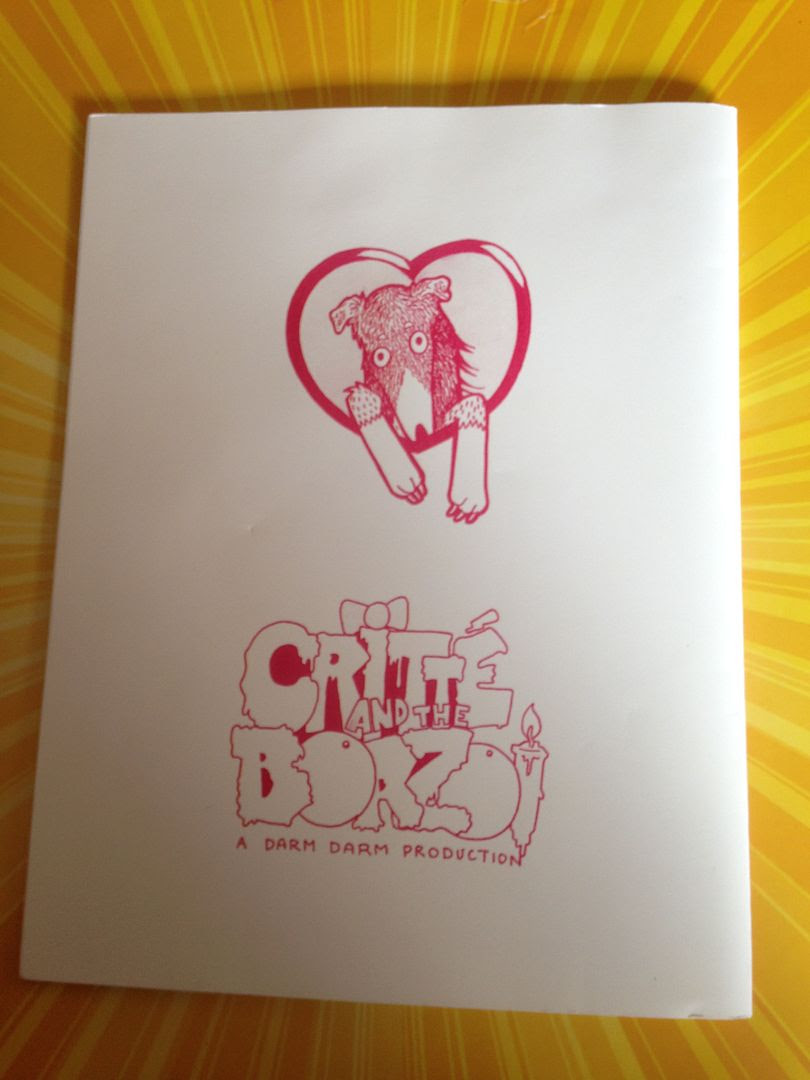 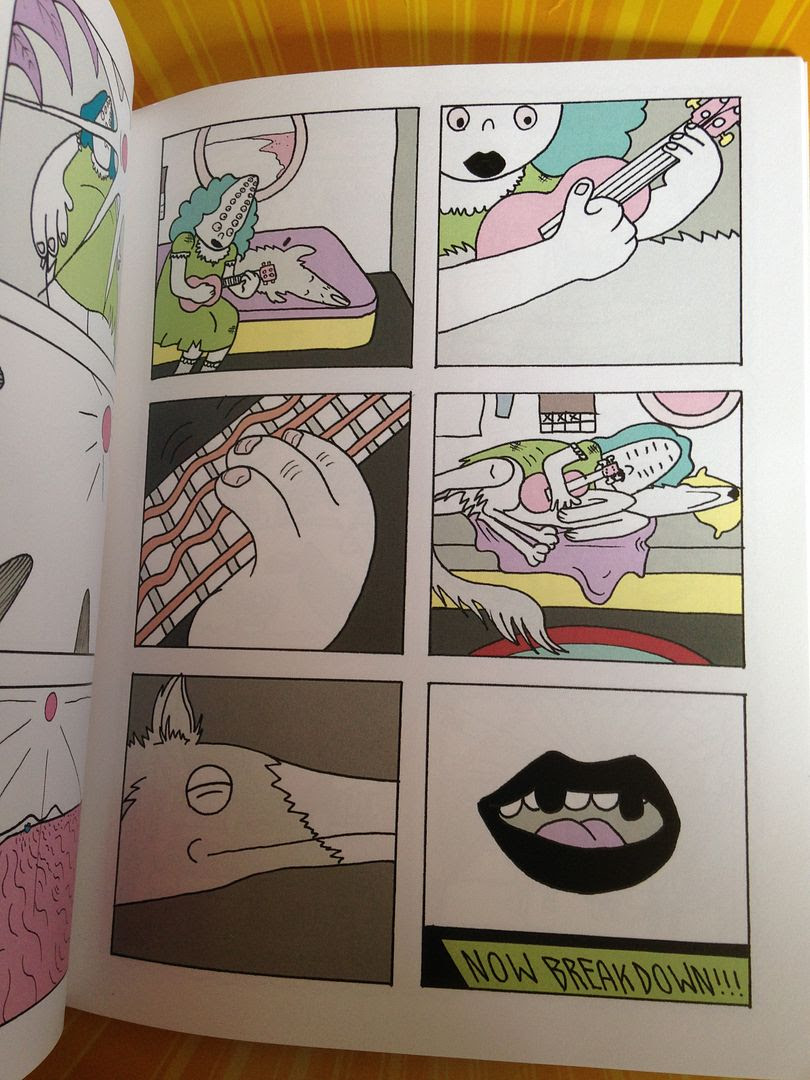 Posted by Joshua Macala at 4:53 AM