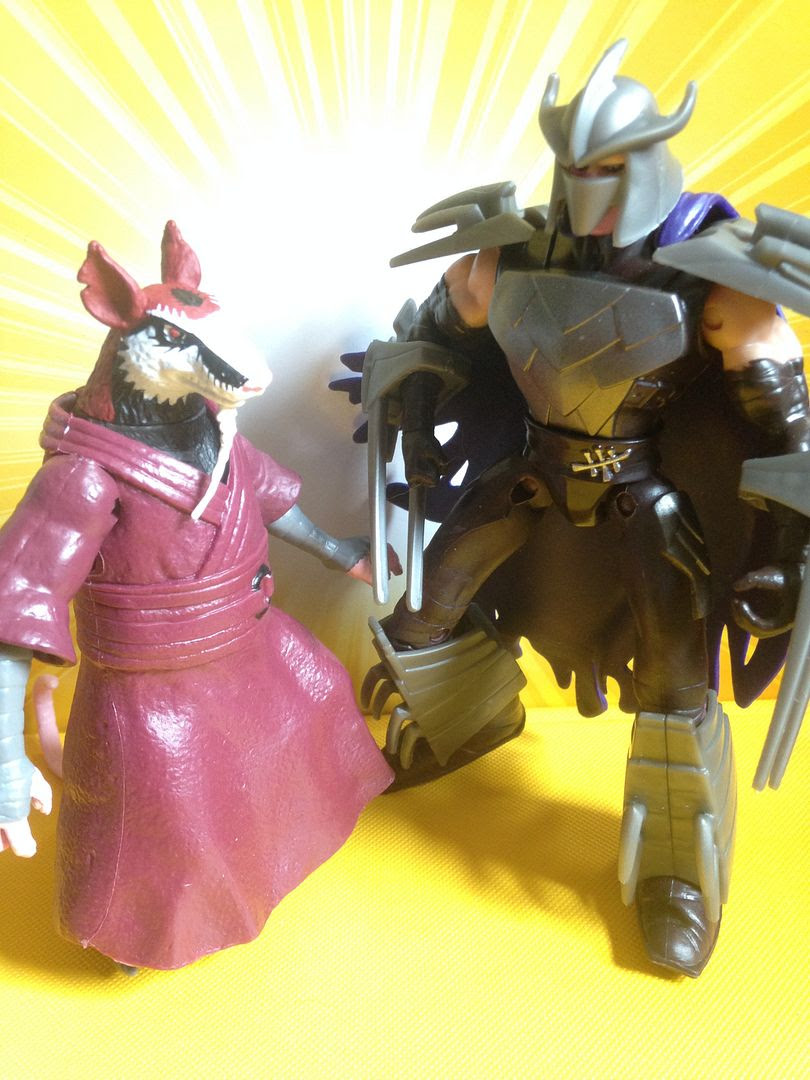 Anyone who knows about the Teenage Mutant Ninja Turtles knows that for all of the enemies and friends that they have the two which always remain constant are Shredder and Splinter.      Their story is actually intertwined before Splinter becomes a rat and Shredder has his problems, but yes, both are prominent characters in all of the Turtleverse really.    In fact, at the end of Season 3 of TMNT12 Shredder actually turns on Splinter after helping him, literally stabs him in the back and kills him.  (It's cool.  The Turtles are going back in time with Fugitoid to try and prevent the whole thing from happening)

What no one really seems to know about Shredder and Splinter though is that after Christmas, when trying to round out our Turtles collection, these became the two hardest figures to find that we didn't already have.    Granted, April O'Neil and Casey Jones were out there with the Turtles, but nope, not these two for some reason.   So when we finally saw them again, we bought Splinter first and then eventually Quentin found Shredder without me (He was with Mommy)

So I don't really have problems with either of these two figures.  I actually like both of them and aren't going to go into the whole "Look at how this is painted!" rants I usually go into.   I just wasn't sure what to say about either figure on their own so somehow decided to put them together.   Who knows, maybe it will help you to see the Turtleverse in a new light.