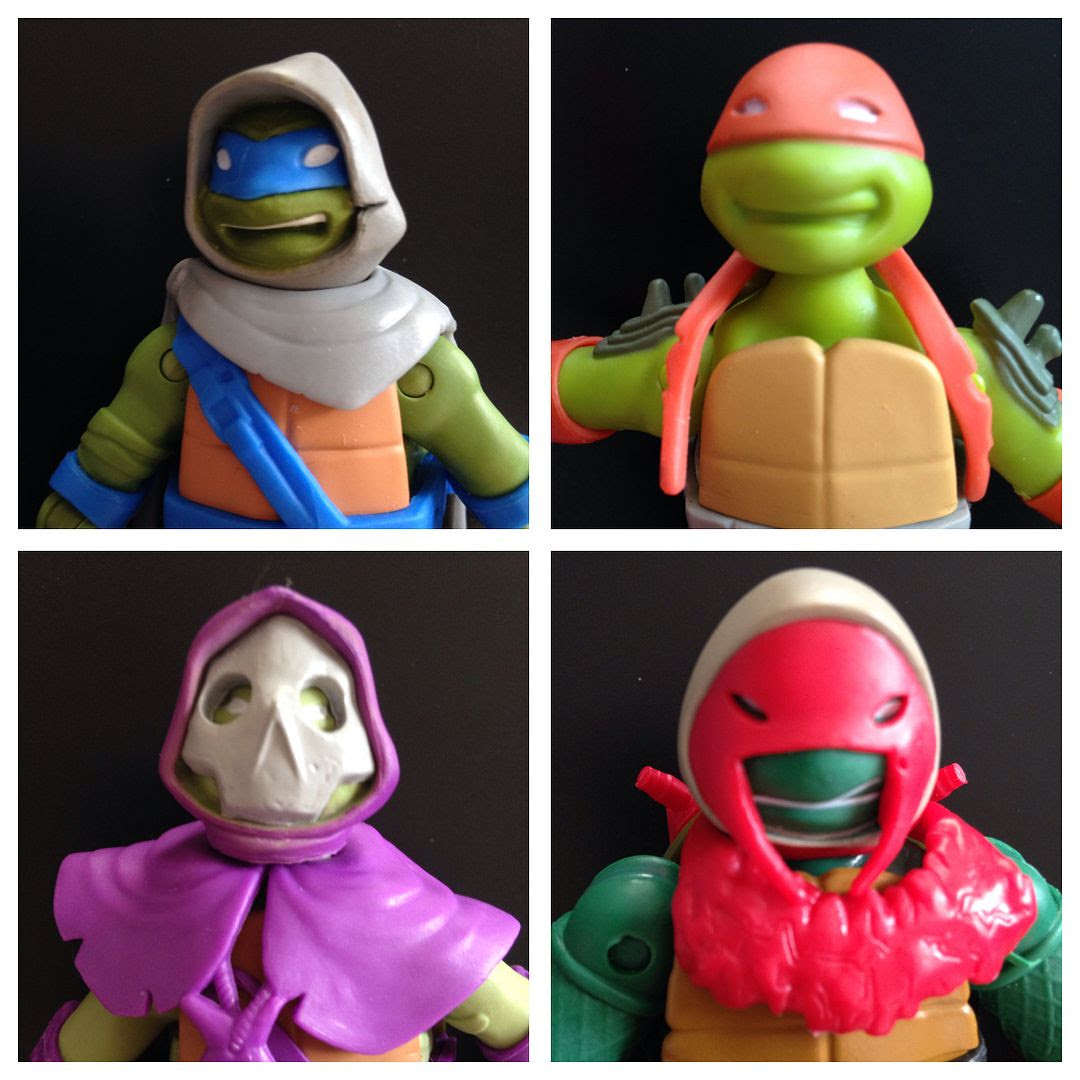 We made the mistake of waiting a few months until the Mystic Ninja Turtles were already in stores (Though it could have been closer to a year) before deciding to buy them.   We watched their episode more than once and they do go back to these outfits sometimes still, so it felt like a decent enough set to get that I often times thought about whether or not I wanted when I would find all four at the same time.    But we bought Raph and Donnie first because apparently we are crazy.    We then began to hunt Leo and Mikey.

While hunting toys doesn't seem like fun and it can become frustrating when you walk into a store and can't find who you're looking for, the funny thing is it was somewhat enjoyable to do with Quentin because he was always aware of who we had and who we needed.    That part of it- the Quentin part- made it worthwhile for me.

Now let's talk about these Turtles.   They look pretty cool but still have a lot of unpainted parts.   Why is Playmates so lazy?   Is it their quality control?  I mean, who lets these things leave the factory this way?  Have they no pride in their jobs?   The prototypes, of course, looked better but just to sum up these guys in general (and, yes, we found Mikey last somehow) Mikey's teeth aren't even painted white.

I feel like we should get a box set of Mystic Turtles in proper deco, you know, perhaps even not done by Playmates but I don't know if it will ever happen.   All I can do is wait and see if any of these guys show up at Savers so then I can add the proper details to them and put them on a shelf of my own (While Quentin still plays with these) which just seems to be my lot in life.    Is that why Playmates does what they do?  So I'll buy more and more Turtles just so I can customize them (and by that I mean fix them up)?  Nah, couldn't be.