Considering that these two records make for three songs from Blood Sister and I have a difficult time writing about just one song I decided it'd be better to put them together as three songs.   Granted, you can also buy these two records together from Grabbing Clouds which I recommend because I couldn't imagine having one without the other.

"Crystal Teen Girls" is a thunderous fuzz song that should be played first if this is your introduction to Blood Sister, as it was mine.    It is a two minute non-stop thrill ride.   Things slow down a little bit for "Dysphoria" on the next record and I feel it's somewhere between that 1980's synth rock and something out of "The Breakfast Club" or "Pretty in Pink".   The final of the three songs, "Nothing", found on the flip side of "Dysphoria", is a bit darker and reminds me of something more modern such as Neon Trees.

If you really love vinyl, you really love music or both then I would suggest picking up both of these records before they are gone.   All three songs are slightly different and most excellent in their own ways.    It's also just a lot of fun to me to be able to spin two records by the same artist in a row like this.   But yes, I do wish to hear more of Blood Sister now. 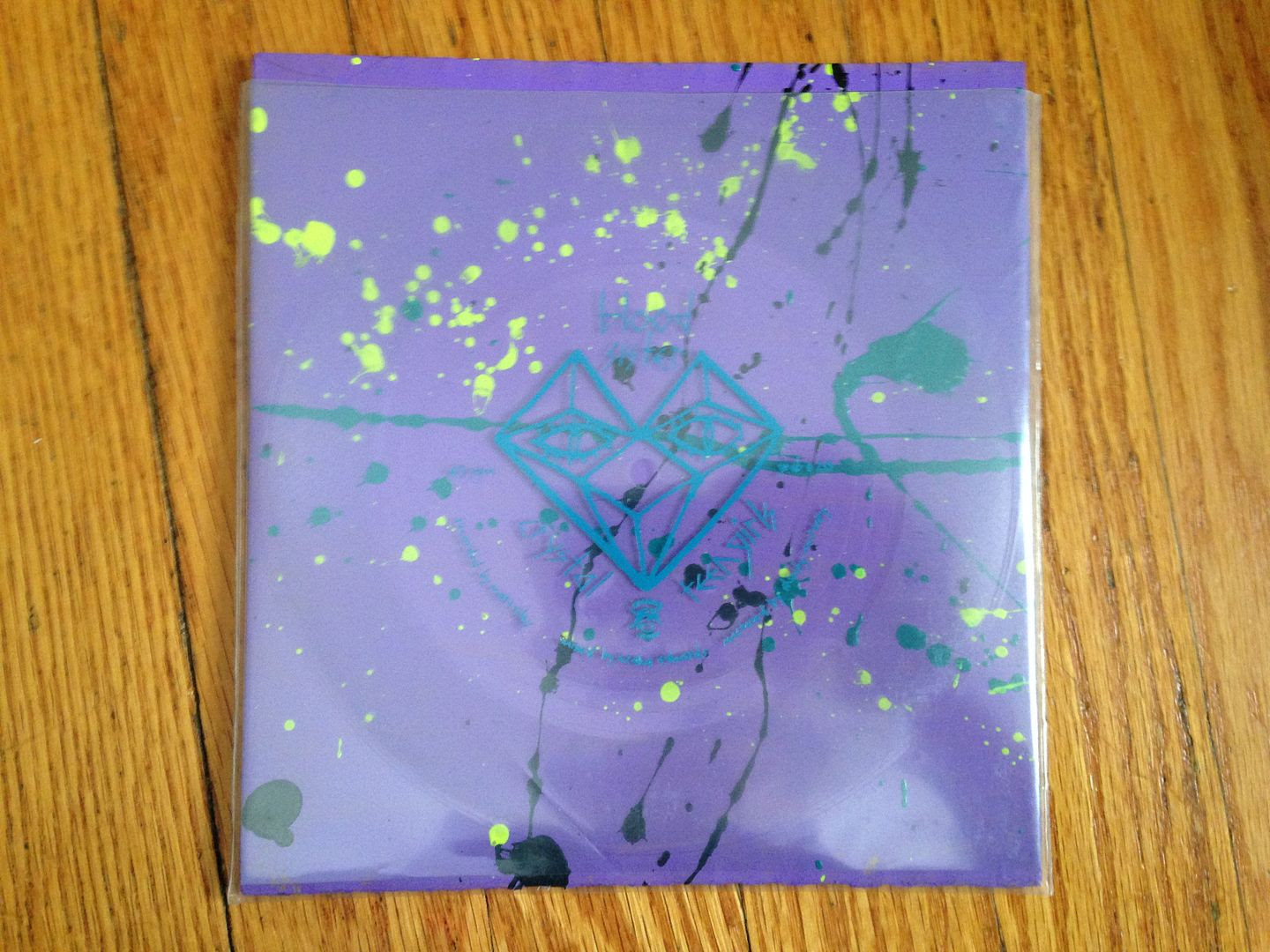 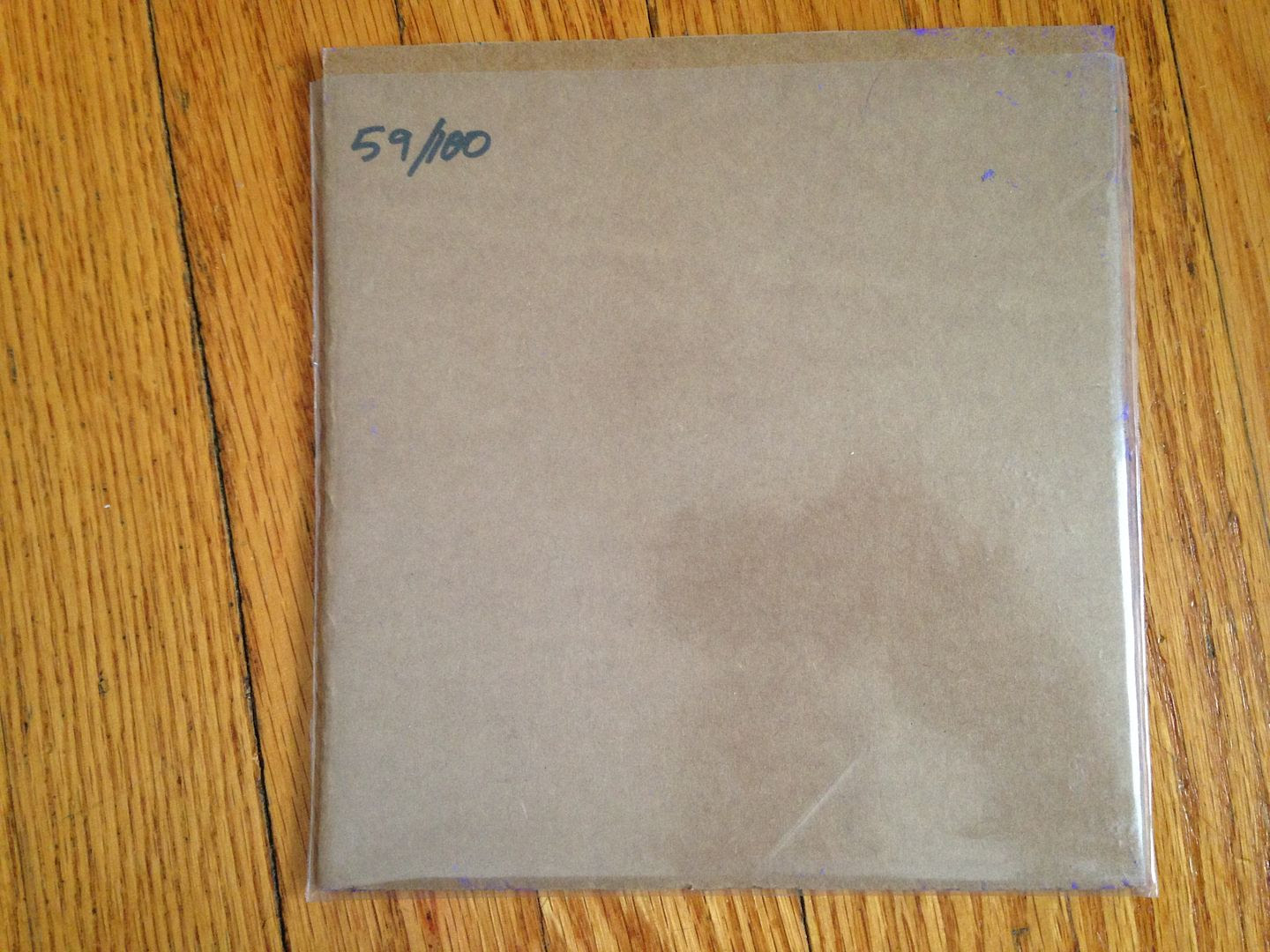 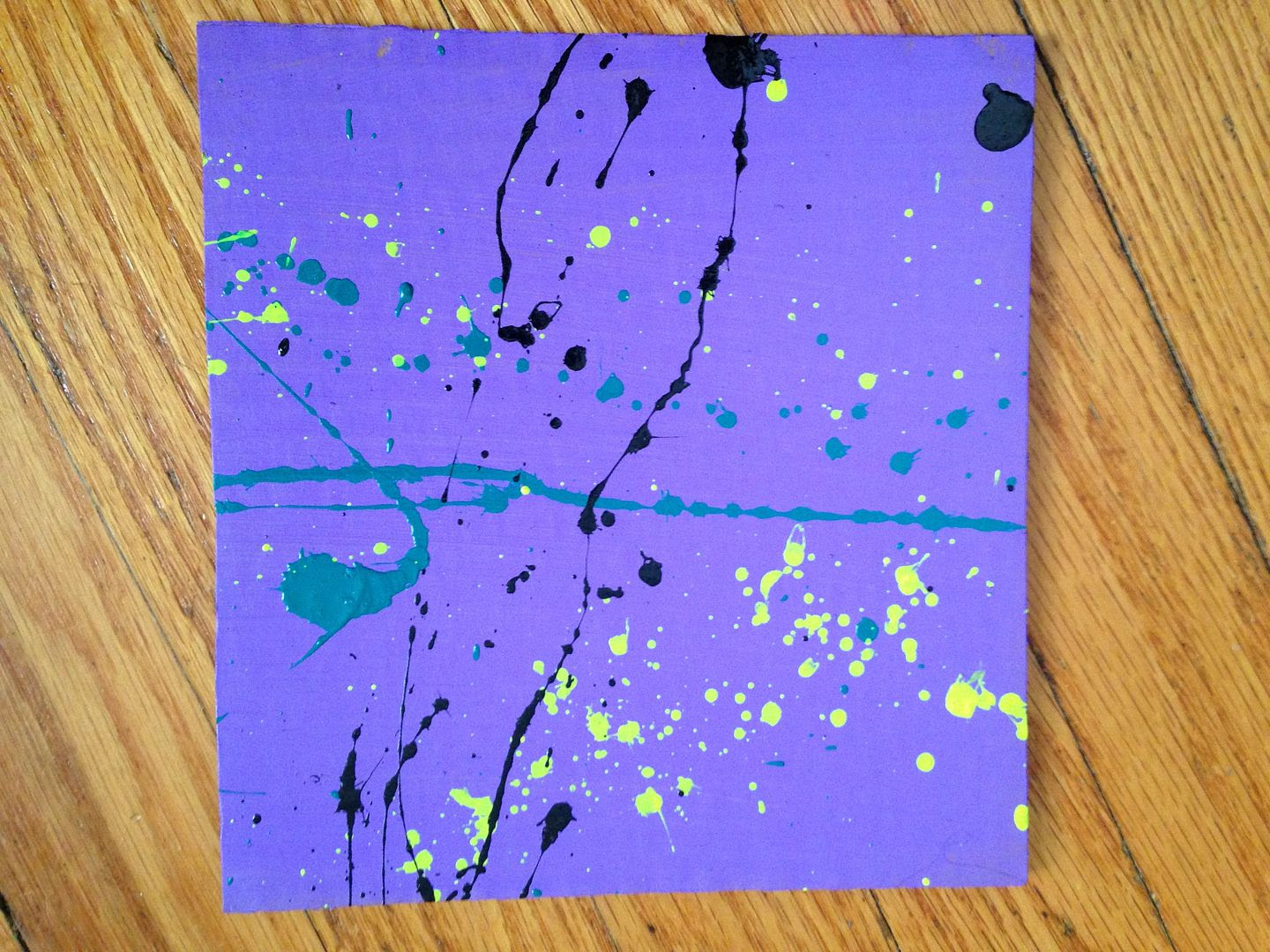 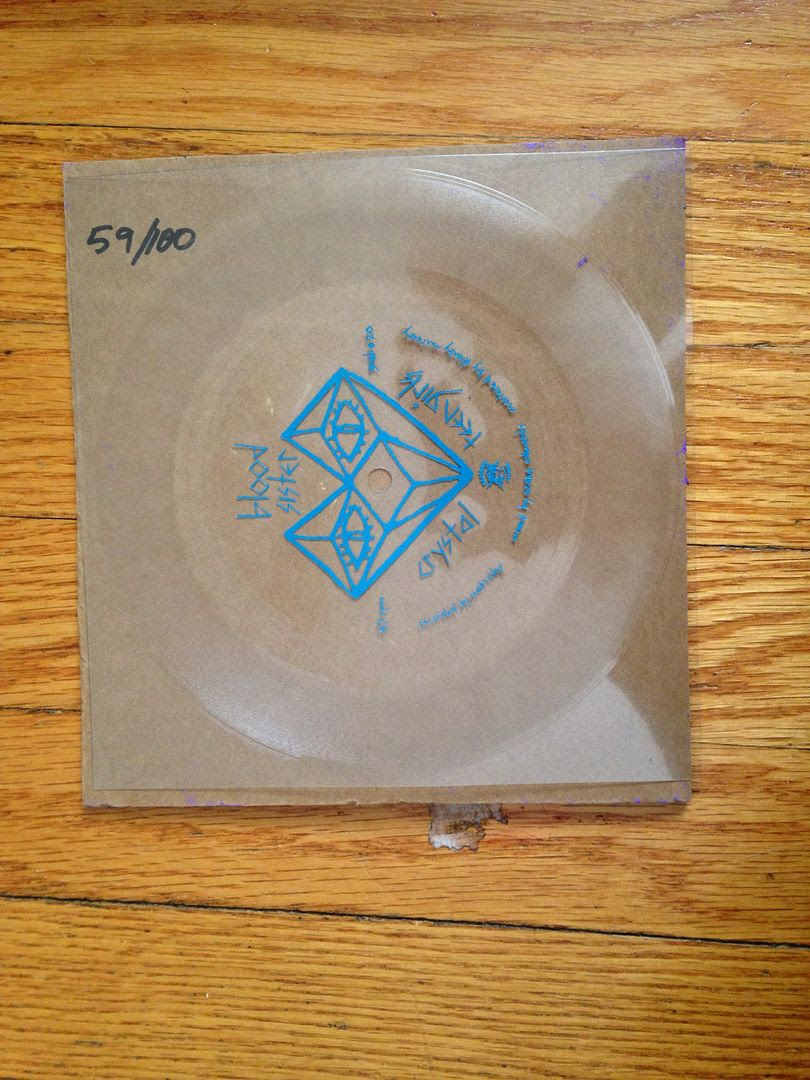 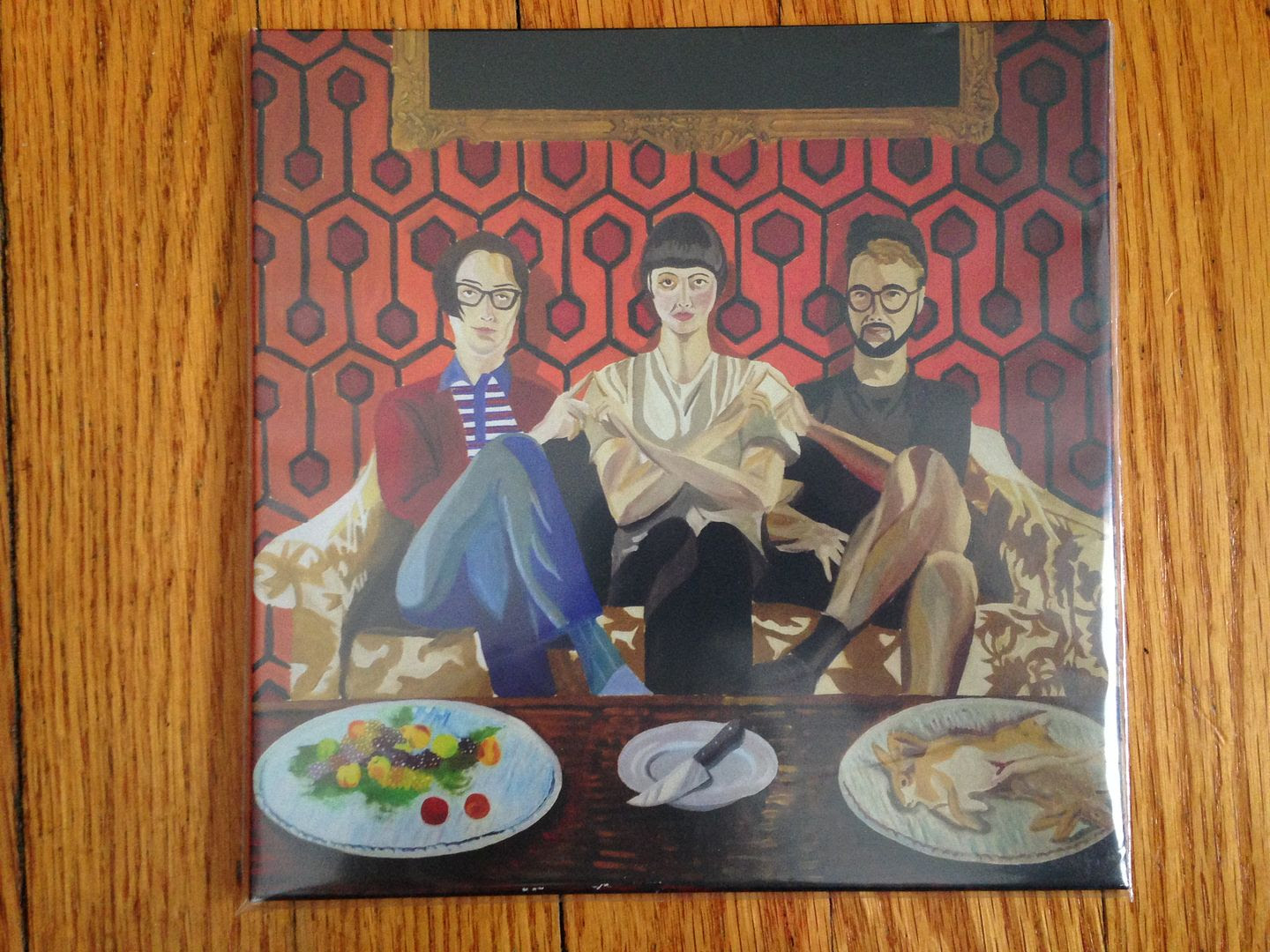 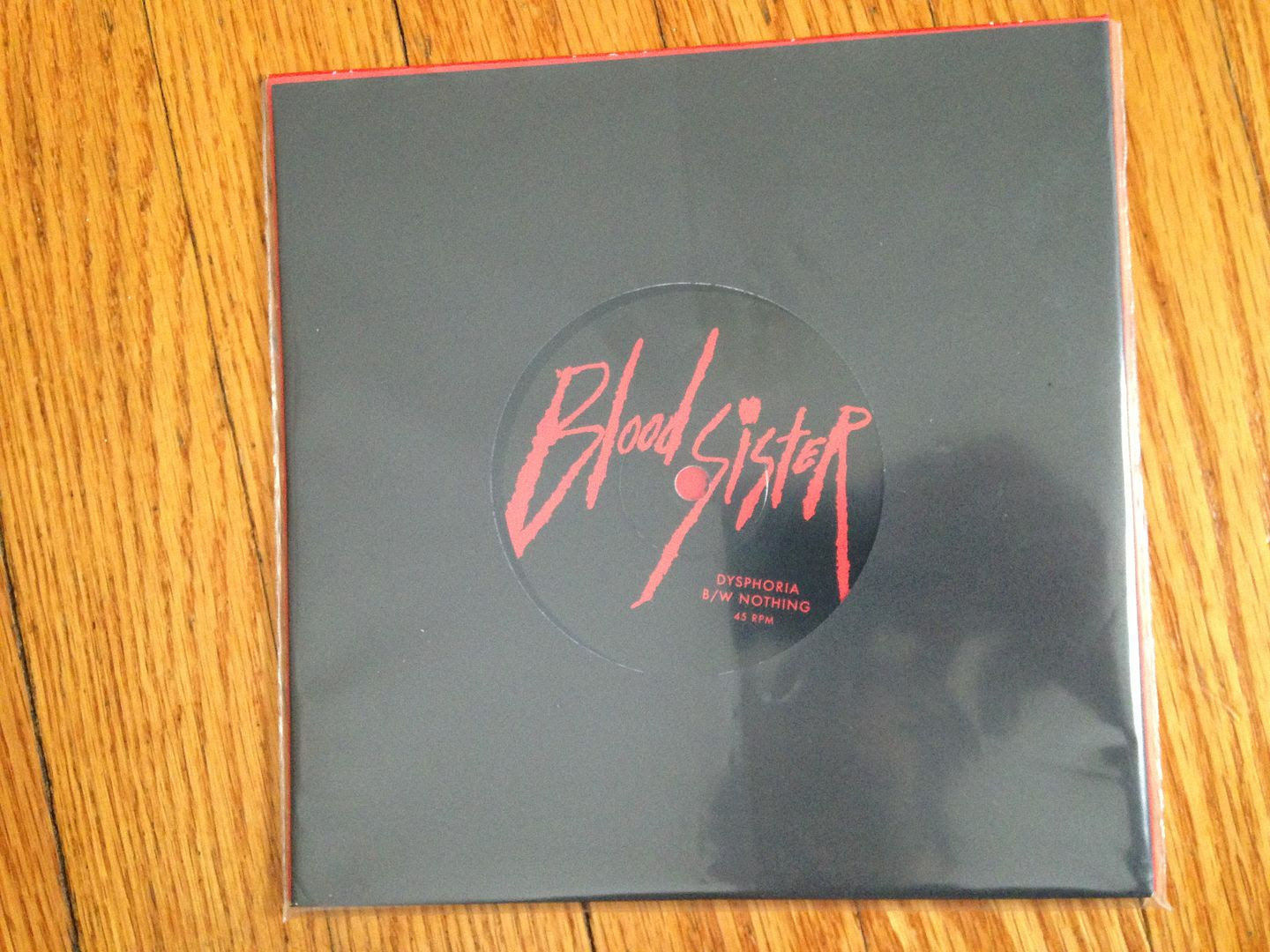 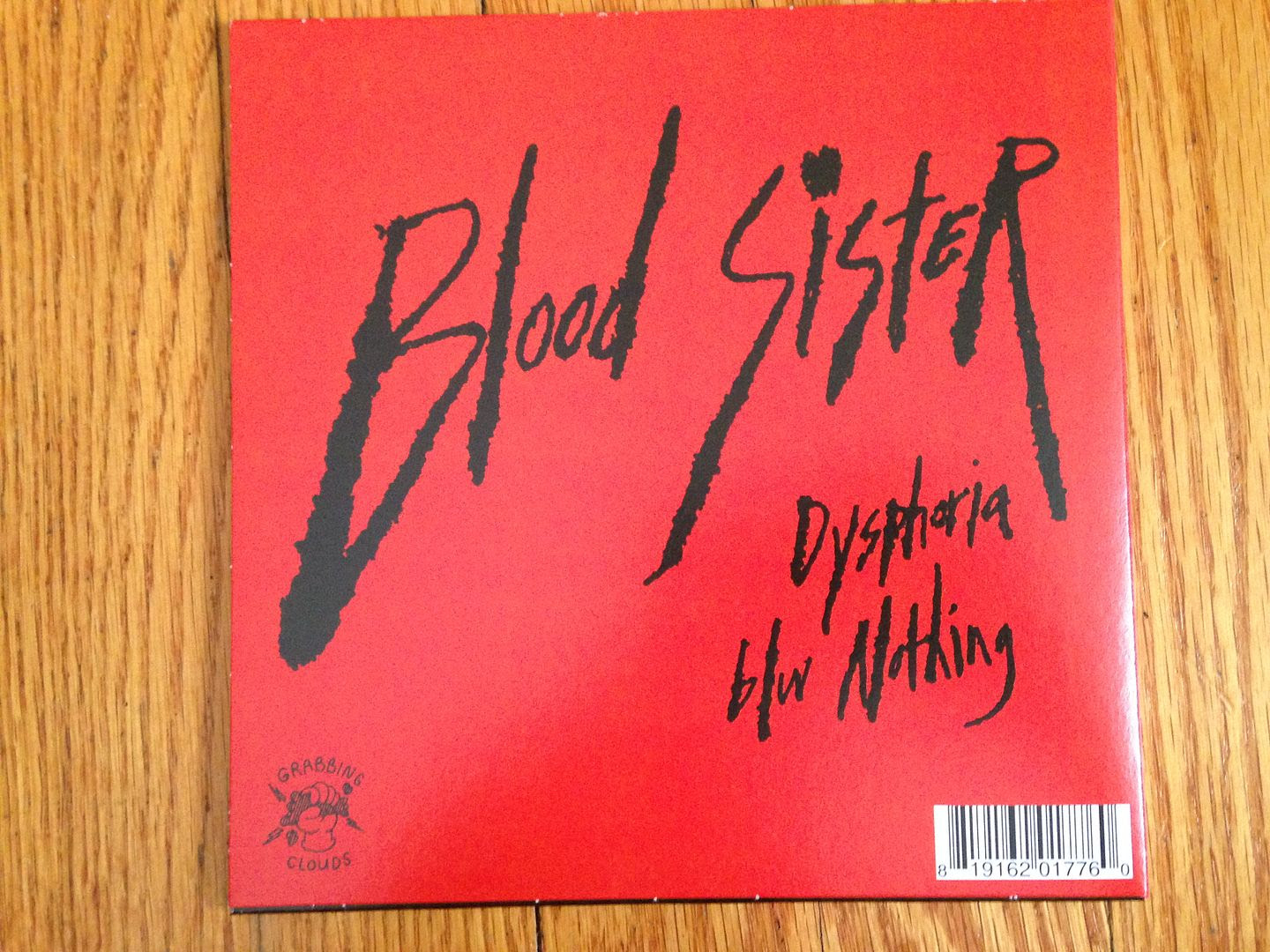 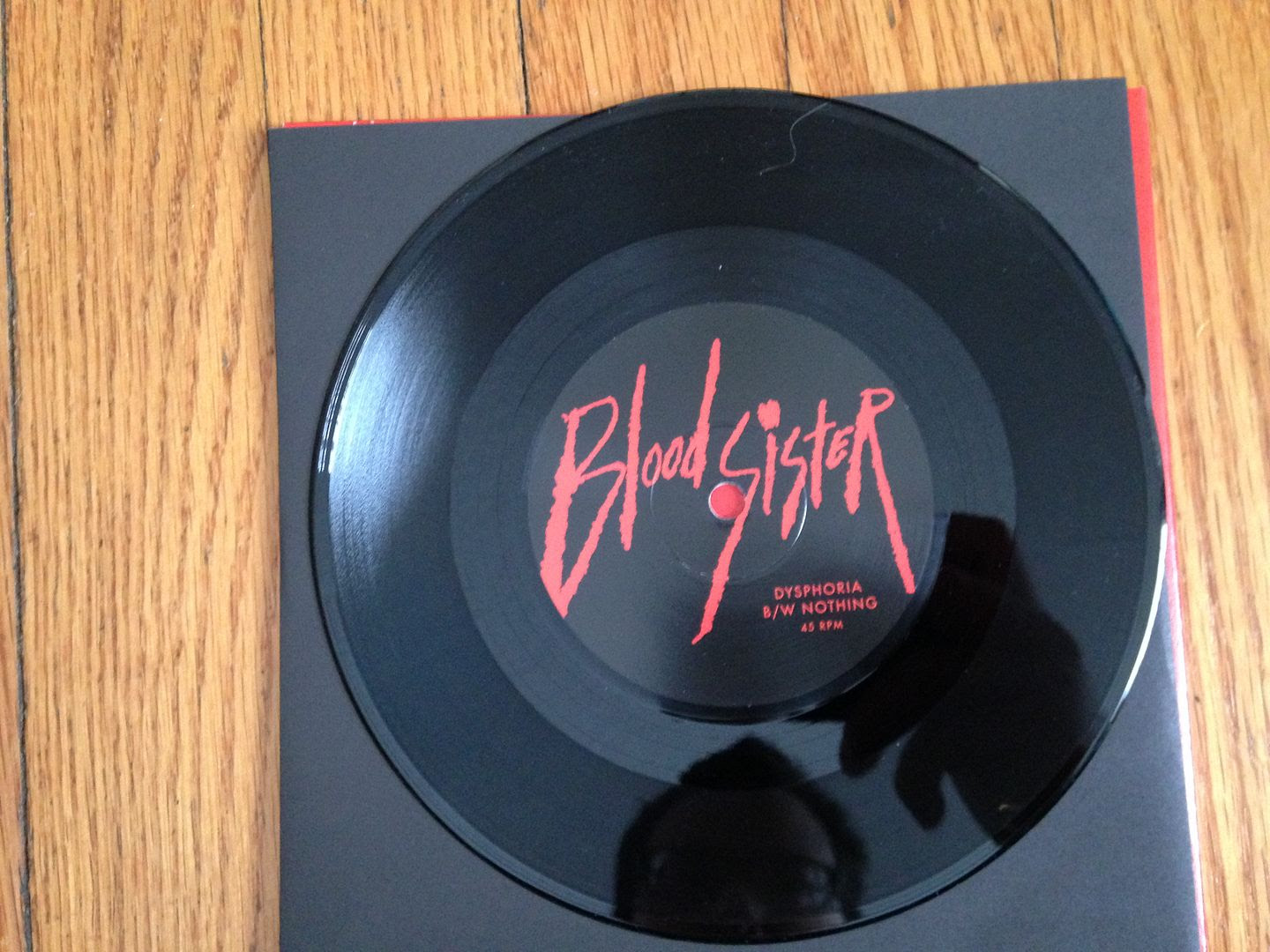 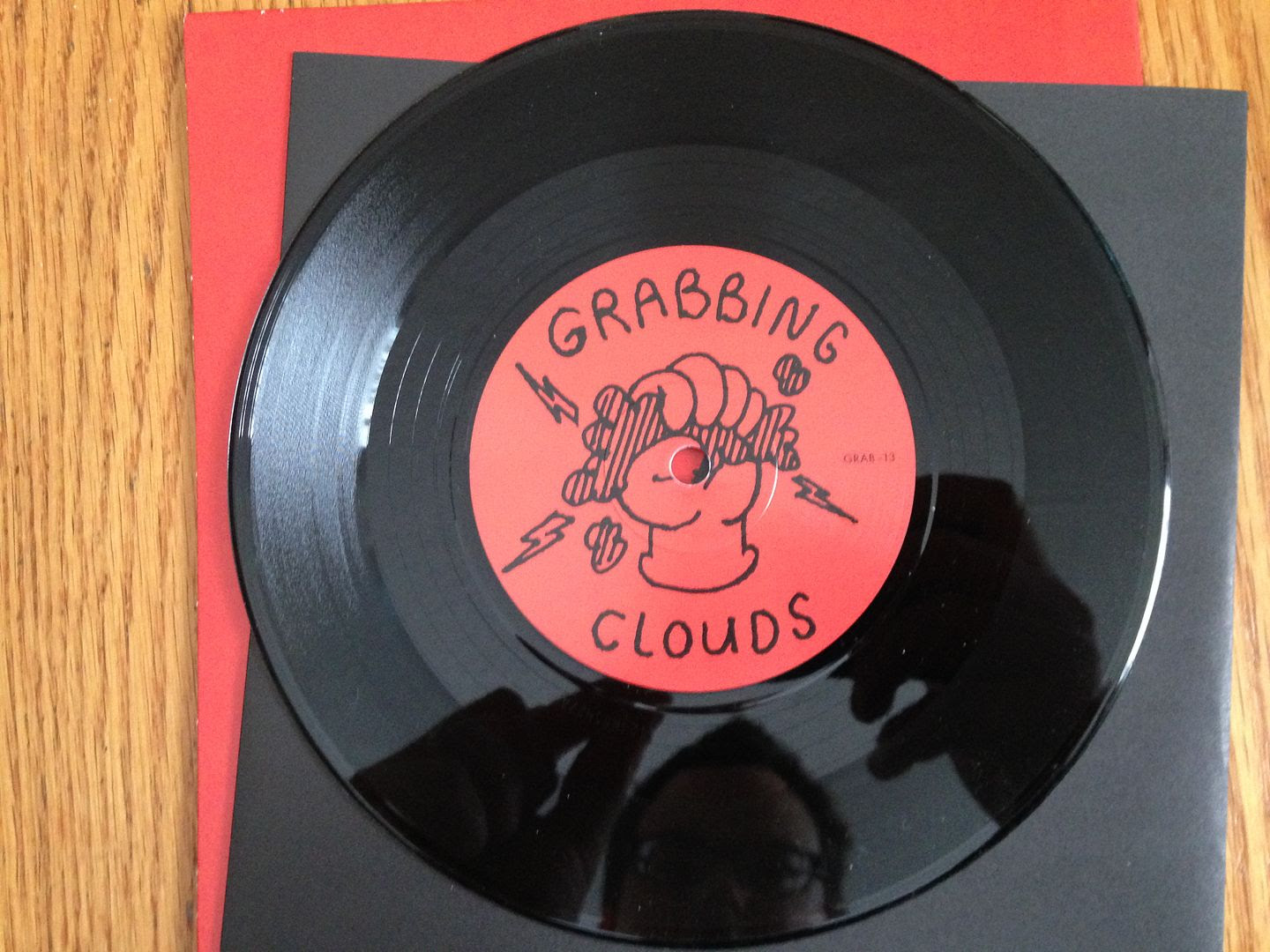