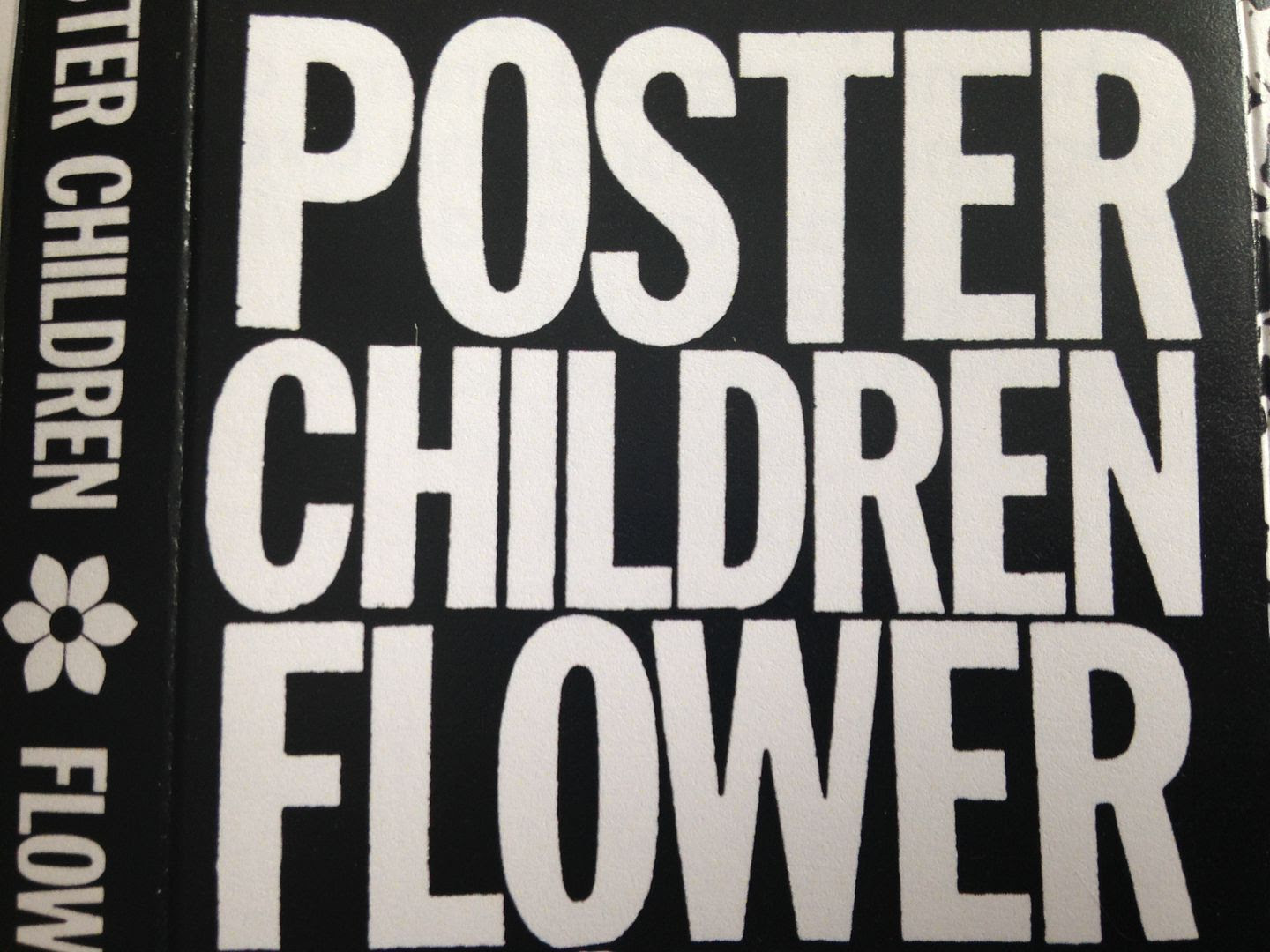 [Sold Out // Edition of 100 // https://grabbingclouds.bandcamp.com/album/poster-children-flower-plower]

"Flower Plower" is listed on the Grabbing Clouds Bandcamp site as a Cassette Store Day release.    I noticed this right away but then when I was listening to the cassette the first time through I heard lyrics about Hollywood, which I recognized as being one of the song titles but I was on Side A and thought the song was on Side B.   So I took to the linear notes and found out that not only is the song "Hollywood" on Side A but these songs were engineered by Steve Albini in 1988 and 1989.     When I found that out it made a lot more sense.    And while I hadn't ever heard of Poster Children before this cassette (Maybe in name, but I don't have any definitive songs or anything in my mind that I can relate with them) I now want to find their entire discography.

The music of Poster Children is a faster paced version of Nirvana as they can implement those screaming/singing patterns which we found a bit on "Bleach".   It also has that somewhat inevitable GBV feel to it mixed with The Lemonheads, Matthew Sweet and, well, just overall it sounds like something you'd hear on the "No Alternative" compilation.    Pieces of it remind me of Mudhoney while others tend to go towards the surf side and remind me of Nirvana's "Love Buzz".   A song such as "Modern Art" reminds me of the New Radicals and Harvey Danger, which are some of the best modern comparisons I can make.

What I like most about this cassette is that it could very easily be something someone made in modern times-- recorded in something like 2014 and then released on cassette in 2015.    And that, clearly put, is how you know when music becomes timeless.   I never once thought "This must be a reissue because people don't make music that sounds like this now".   People do try and fall into that "No Alternative" category I seem to enjoy so much but it is worth noting that a lot of bands *don't* actually make music that sounds like this simply because it is that damn good.

I've always been a gambler when it comes to cassettes because, mainly, I can pick one up at Savers for a dollar and if it is terrible I feel like I haven't wasted much money or time.   But having this feeling where this band existed back when I was forming my musical tastes and could have very well owned this on cassette as a kid, I mean, it's just great to find this now, you know.   Being alive in the 1980's and 1990's it was almost impossible to avoid bands like Nirvana and Pearl Jam, but I just think it's like not knowing one of them existed until now and you're like, "Whoa, this is awesome" and the fact that it's from the late 1980's just somehow makes it seem more genuine (Though I wouldn't love it any less if it was recorded in 2015 or yesterday)

As I did some research on this release and band in general I found that this was one of their first albums and so to have someone like Grabbing Clouds re-release all of their albums on cassette is something I would definitely be down for in the future.    "Flower Plower" was also released on cassette back in '89, which I do find important because I was kicked out of a cassette group on Facebook for arguing such a point.  (Side Note: If you have an album from, say, 2006 when cassettes weren't as popular and it was not originally released on cassette back in 2006 when it first came out but you feel like you should release it on cassette *now* I feel like you're trying to cash in, plain and simple.  Especially since those labels tend to also charge, like, $13 for their cassettes and such.  Blah, just put the CD onto a blank cassette yourself if it bothers you so much.   But that's just one of my personal issues that I would probably change my stance on if the right album came along)

This cassette is sold out so you'll have to search for it and the '89 version second hand now.    But I feel like if I saw this at a thrift store or tag sale and it was $3 or less I would have bought it out of curiousity even before having heard it.   And now, I know to go out of my way to look for music by Poster Children on cassette.    So in those ways I feel like this cassette has given me some of the best gifts that anyone could ever ask for from music. 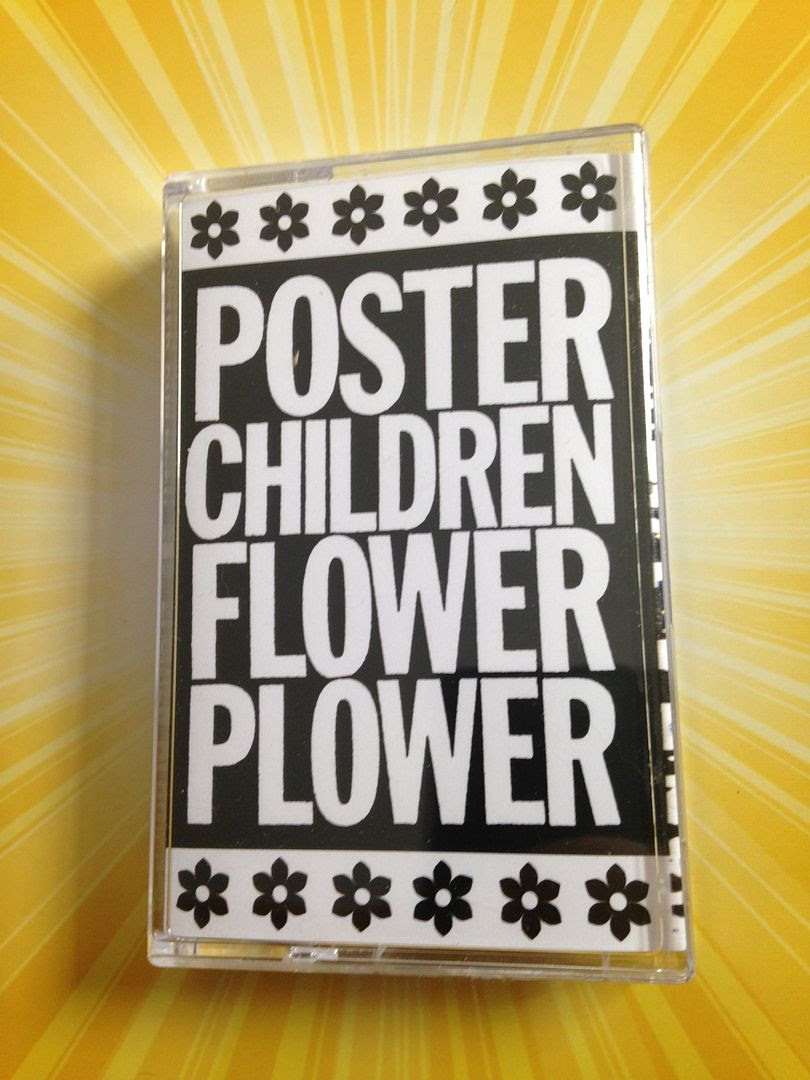 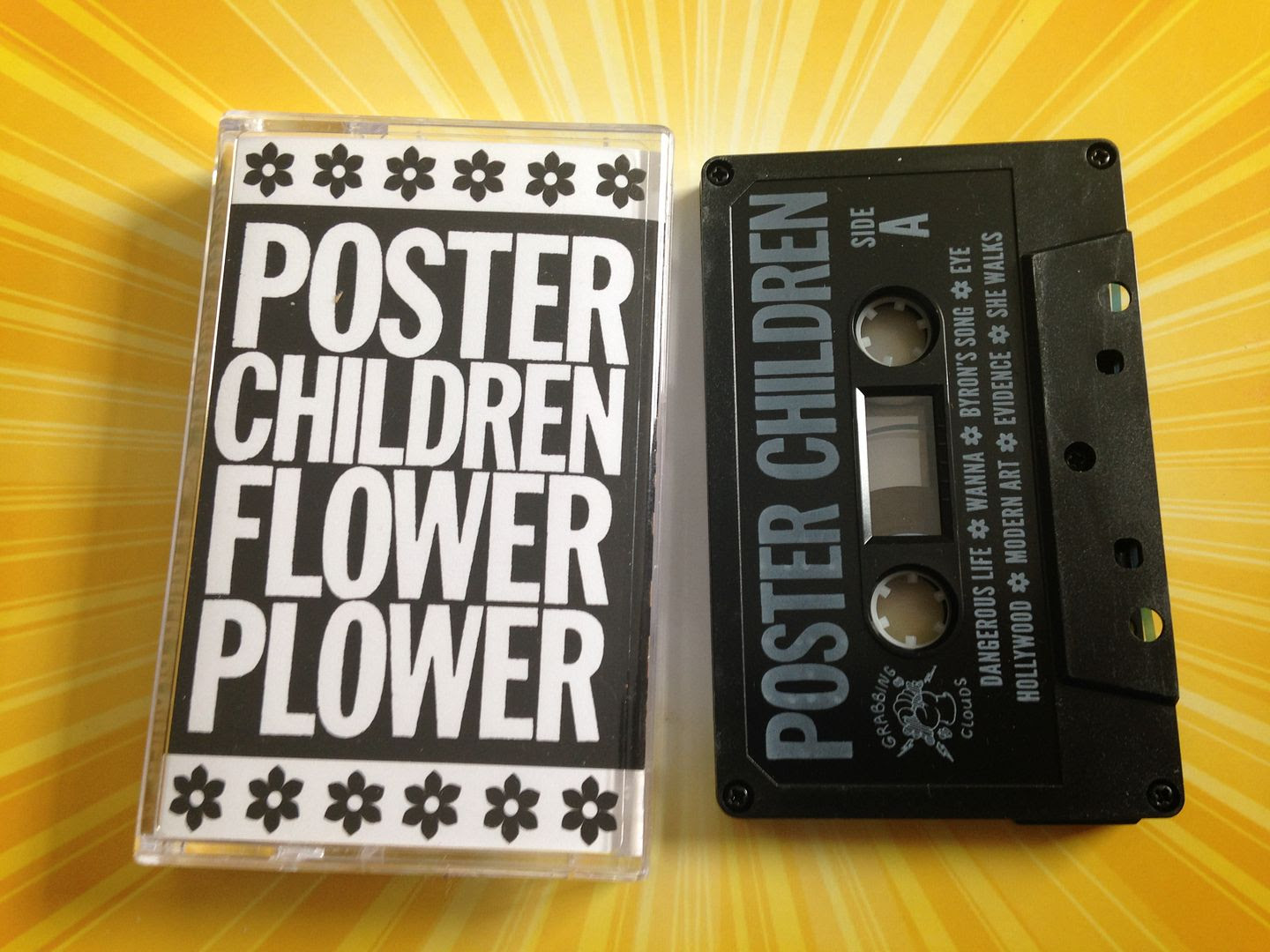 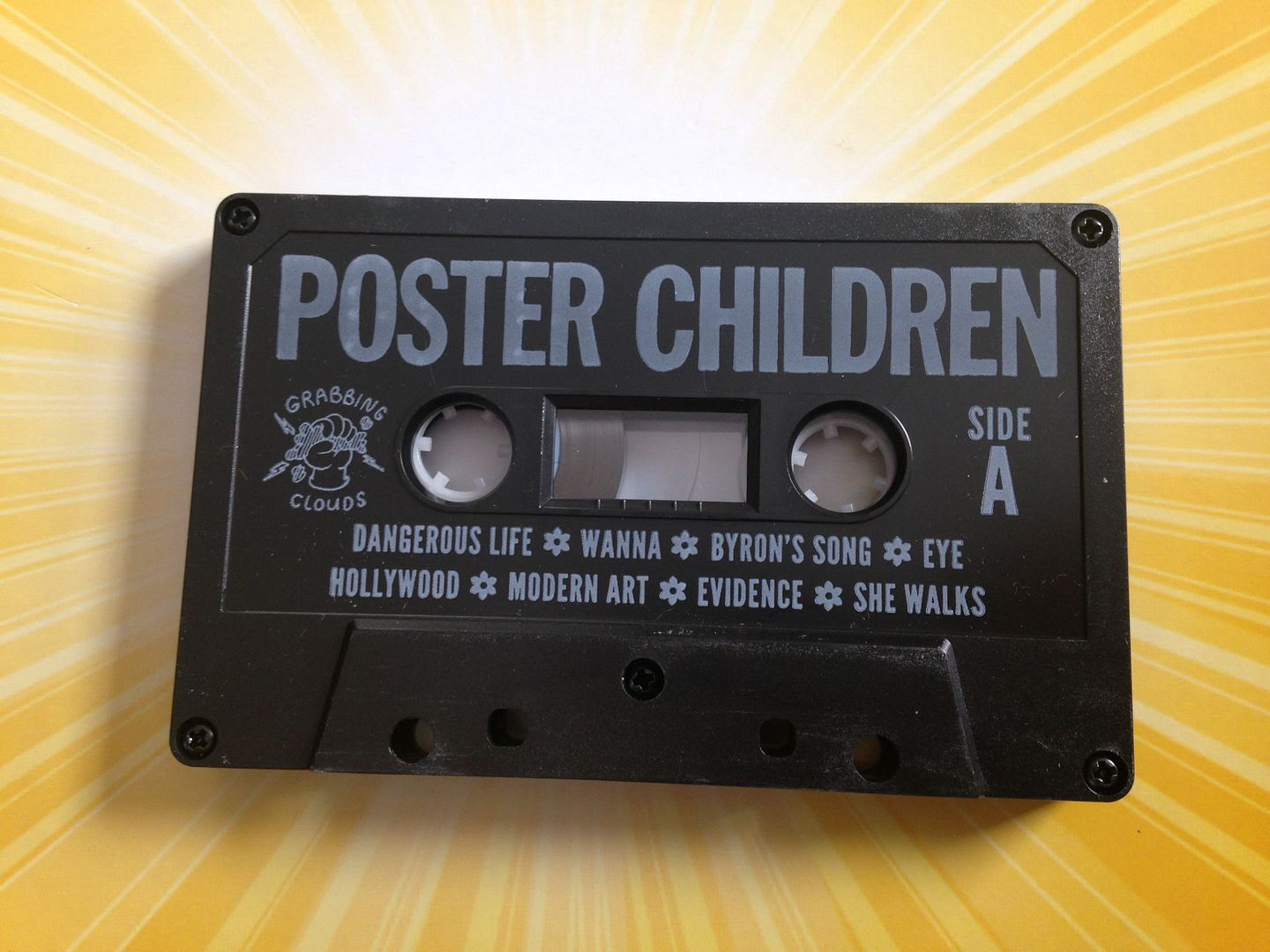 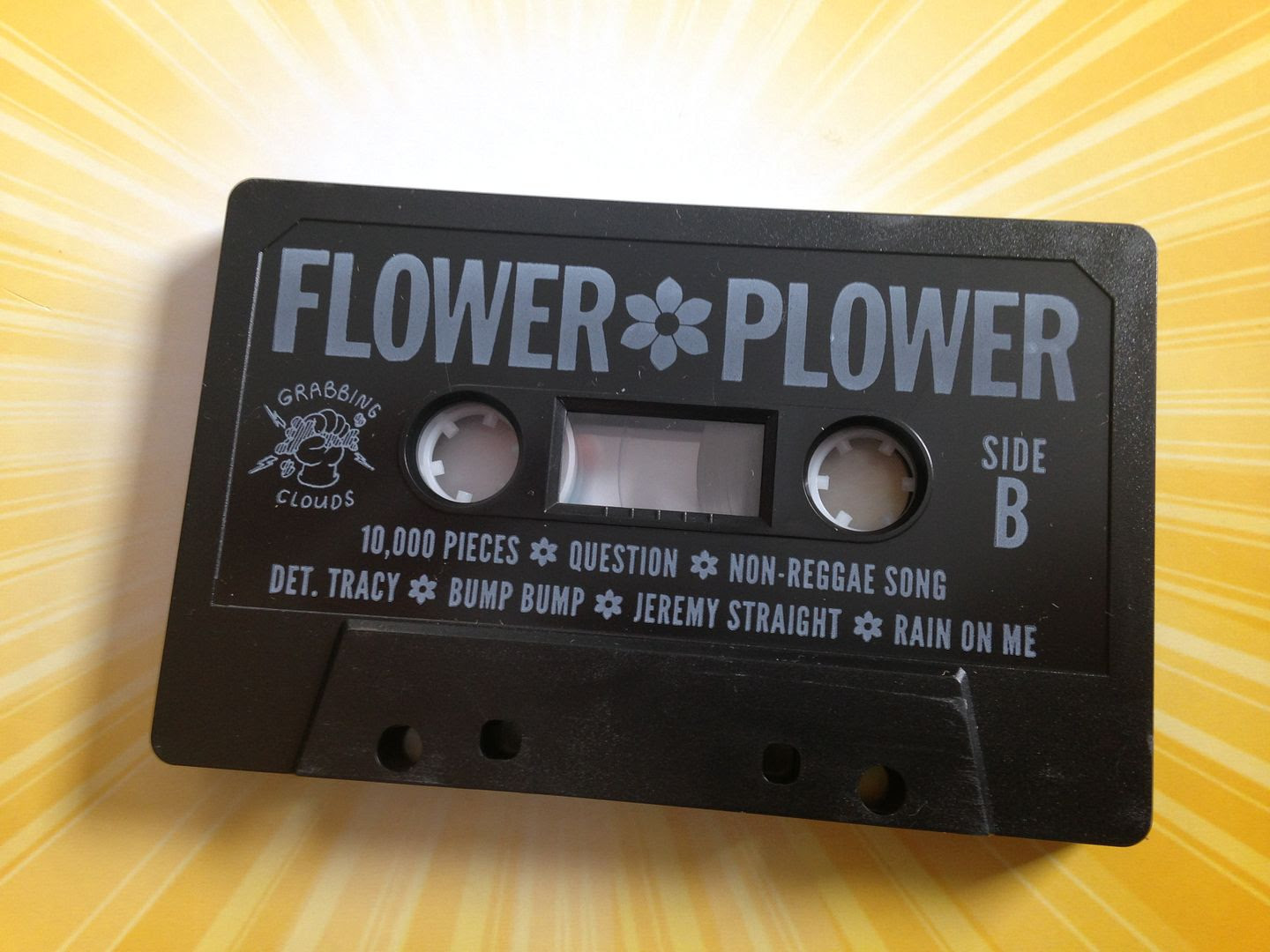 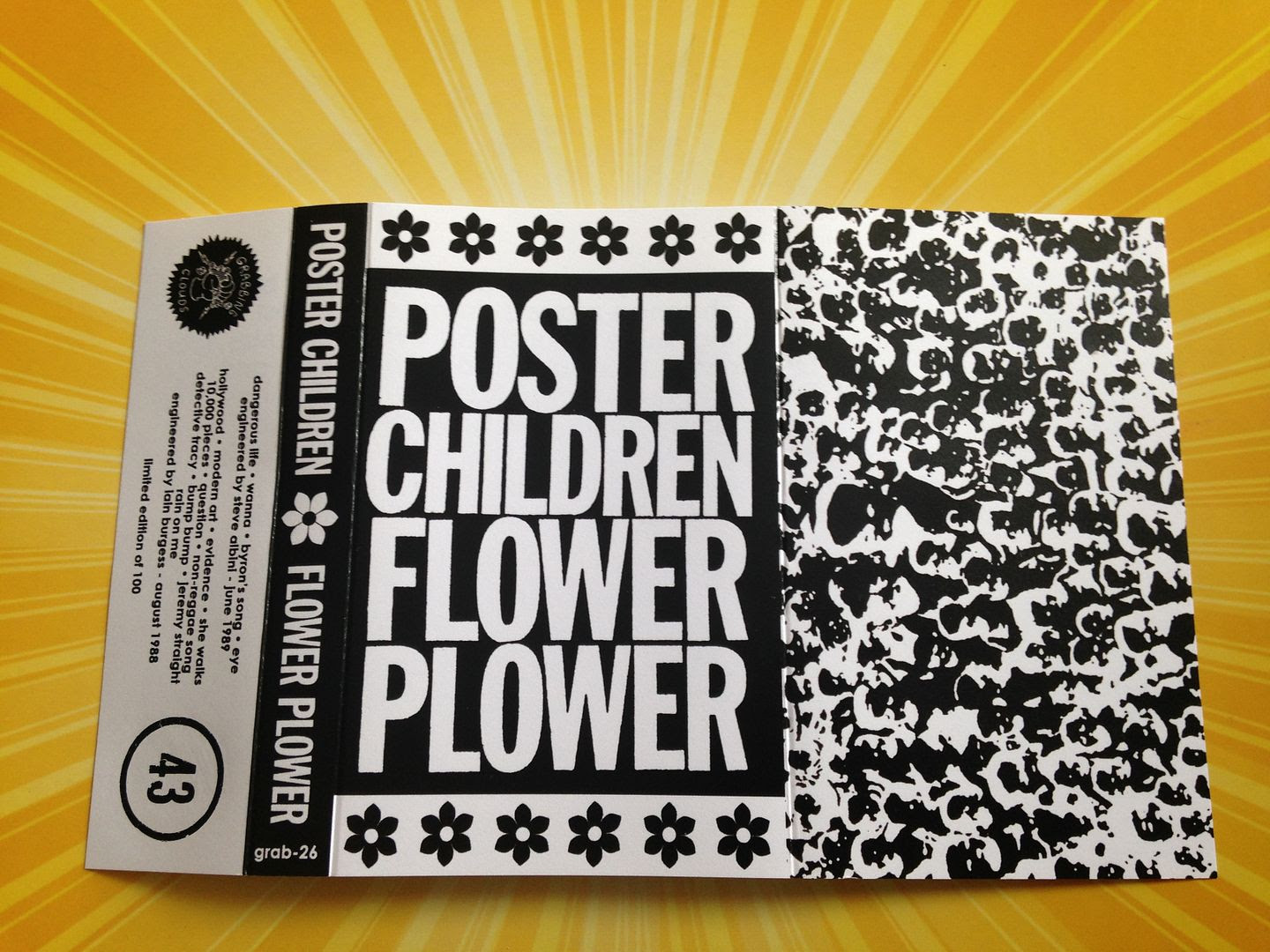 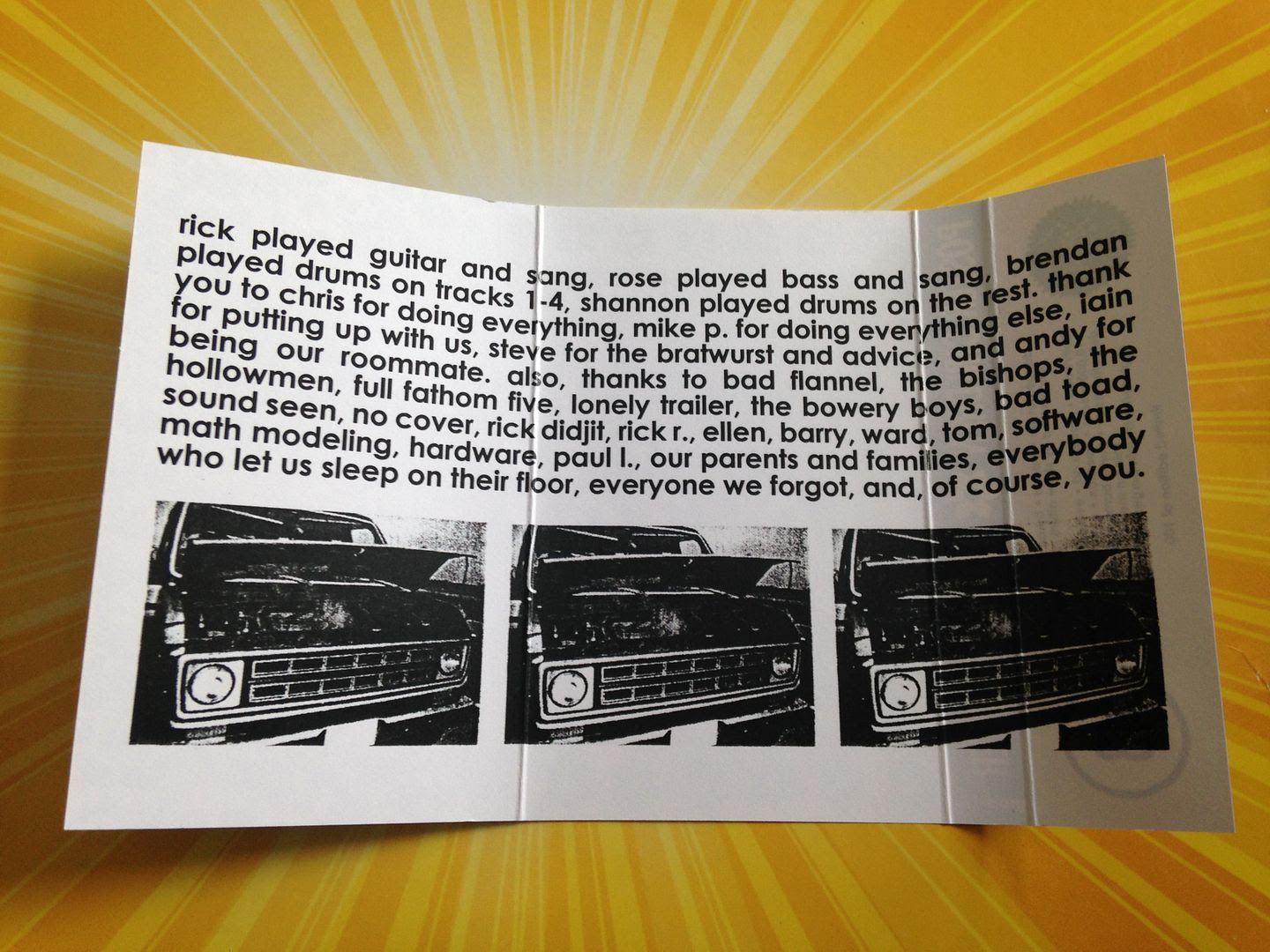 Posted by Joshua Macala at 5:59 AM