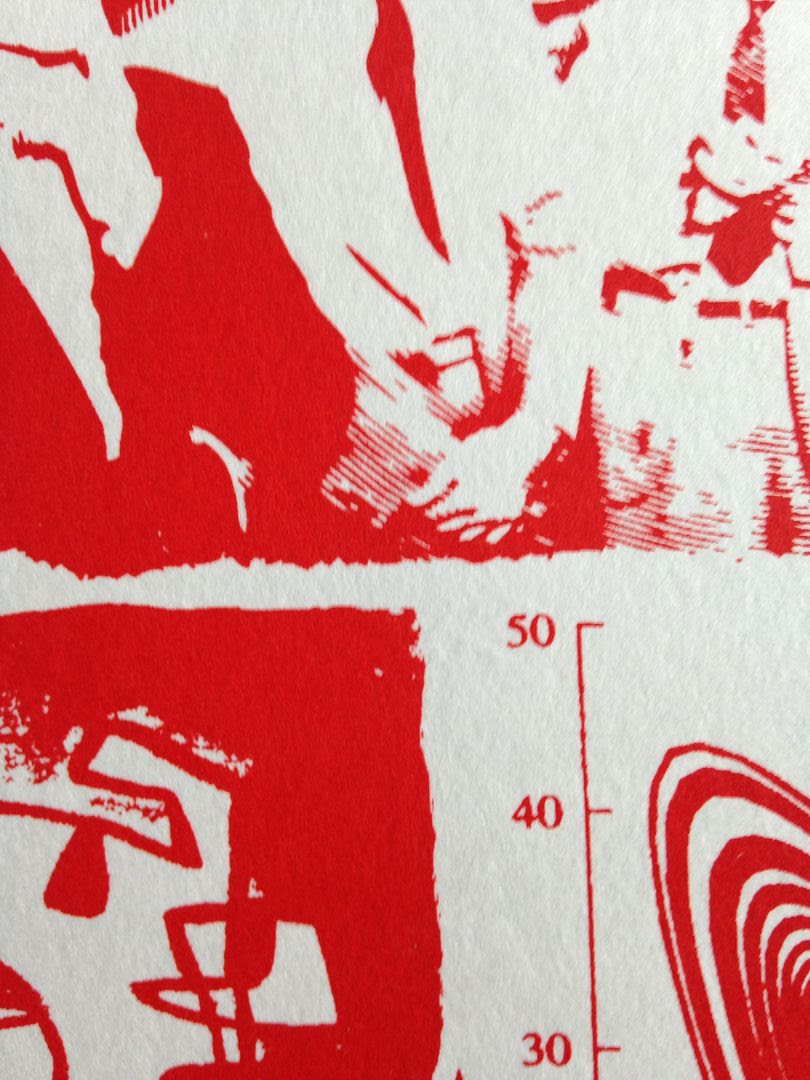 One of the things which struck me about this sound right away, listening to it from the moment I pressed play, was that Antlered Aunt Lord reminds me a lot of the band Dynamite Hack.   I'm not sure whatever happened to Dynamite Hack and, no, I'm not going to look it up though I believe they've probably long since broke up after they got some recognition with that one rap song they covered.   I actually really enjoyed their entire album though and remember how back in the days of NCA I was able to get one of my friends in another state into a sold out Weezer show because Dynamite Hack was opening and I somehow got their press kit from a major label at the time.   But yes, that Dynamite Hack album has stayed with me all these years and while hearing it in here might be considered a bad thing to some I'm not going to be like, "Oh, they're ripping off Dynamite Hack" because as far as I know (and am concerned) Dynamite Hack just had that one album and aren't really in my *current* list but *past* list so to hear a current band that channels them is nothing but a plus.   (Watch, I'll find out these two bands are linked somehow)

There are always these little ways that bands can impress me and win me over and it sometimes can seem odd, but just these little things sometimes do help.   Aside from thinking of Antlered Aunt Lord as "that band who sounds like Dynamite Hack", I also began to relate them with one of their lyrics which gets stuck in my head.    On the song "Questions From Our Publicist", which happens to be in the second slot, they sing about how they are going to send something to someone (I would assume their publicist) in unmarked packages.   Those two words- "unmarked packages"- are sung over and over and in such a way that it gets stuck in my head.    It's somewhat easy to have words that rhyme get stuck in your head or something out of the normal song-writing experience, but for me having the words "unmarked packages" stuck in your head (because it's not that they sing it but *how* they sing it) is quite the accomplishment in the way that you can hear people sing along phrases and lyrics that you just never thought they would ever sing along with because it doesn't seem or feel catchy.    So taking those non-traditional words or phrases and turning them into pop in some way is something that I will always appreciate and it is not easy to do.

When you dive deeper into this record (because there are 19 tracks and I've thus far only really focused on the first two) you'll hear music ranging from They Might Be Giants to twee to New Order, Depeche Mode, Marilyn Manson, Knight Rider, distorted thrash, whistling and even some Modest Mouse.    So it's really not like listening to the same song over and over as there is a bit of diversity on here, but the songs still remain the same general rock genre so as not to stray too far away and feel like a compliation.    The song "Yr RIght" is the distorted thrash type of one and the title of it also serves as the only lyrics, put on repeat, and so that's just one example of how these songs can vary.   In a lot of ways, in terms of album structure (but not really musically) it reminds me of something Local H would do because it's not afraid to push any sort of boundaries but yet still stays connected.

Antlered Aunt Lord has created what began for me as an easy way to remember who they are (They sound like Dynamite Hack right off and have the song about "unmarked packages"), but throughout the record they show you why you should stick around and listen to the whole thing on repeat as many times as you can.   It's almost as if Antlered Aunt Lord was able to plant this seed inside your head or a bug of some type which had you hooked from the start, so no matter how many times it takes you to get into this record you're going to listen to it that many times and then some.    While I do believe musicians and computer programmers both share a love of math I don't fully believe any of them have gotten together yet and discovered the way to code a song so that it would infect a listener as a virus would a computer, but the fact that Antlered Aunt Lord has done this on their own just makes it that much more worthy of you taking the time to be affected by it. 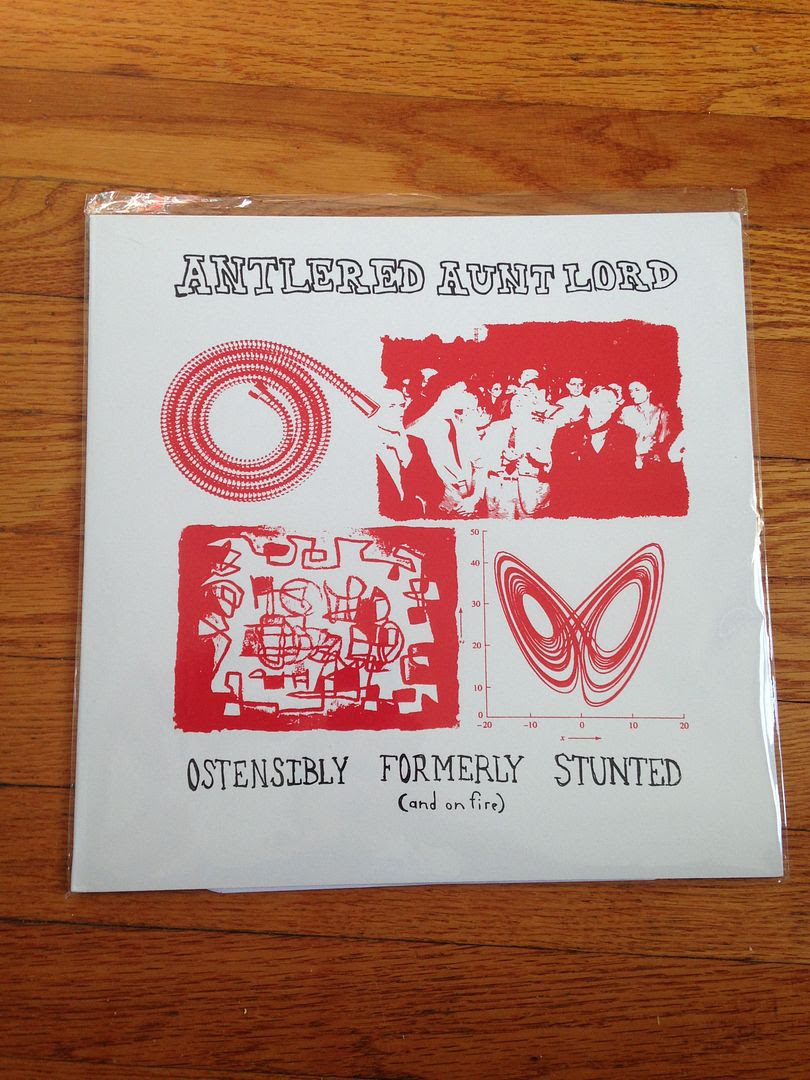 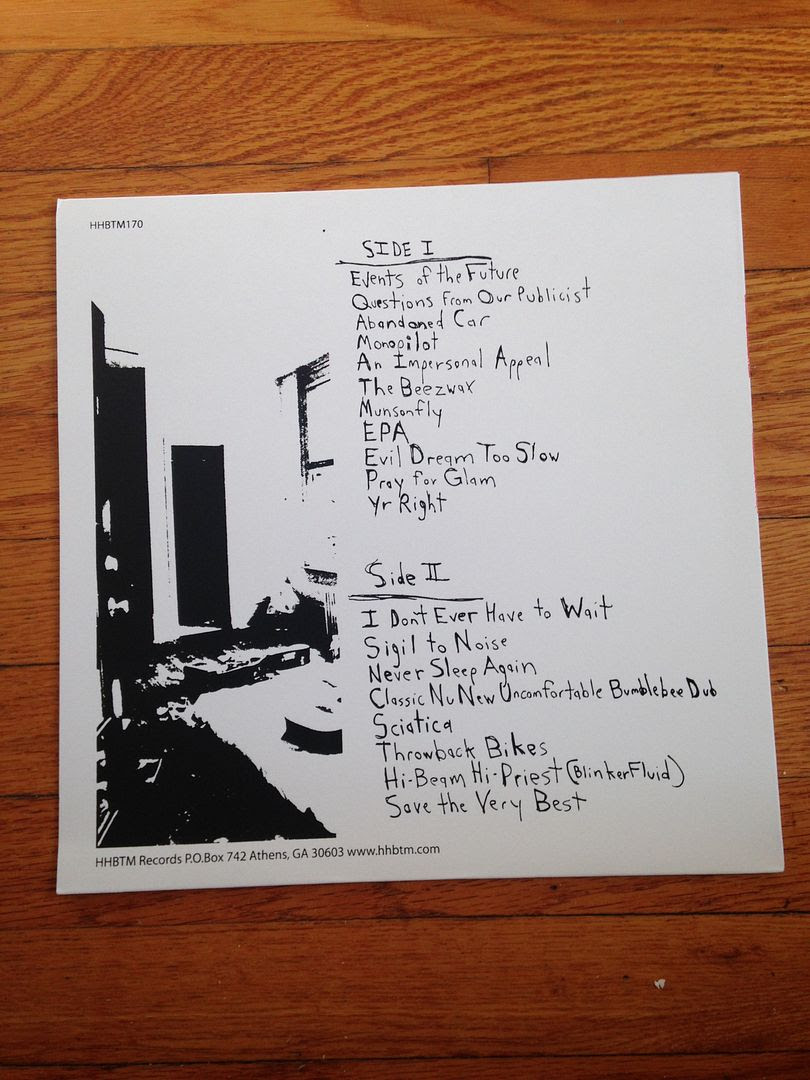 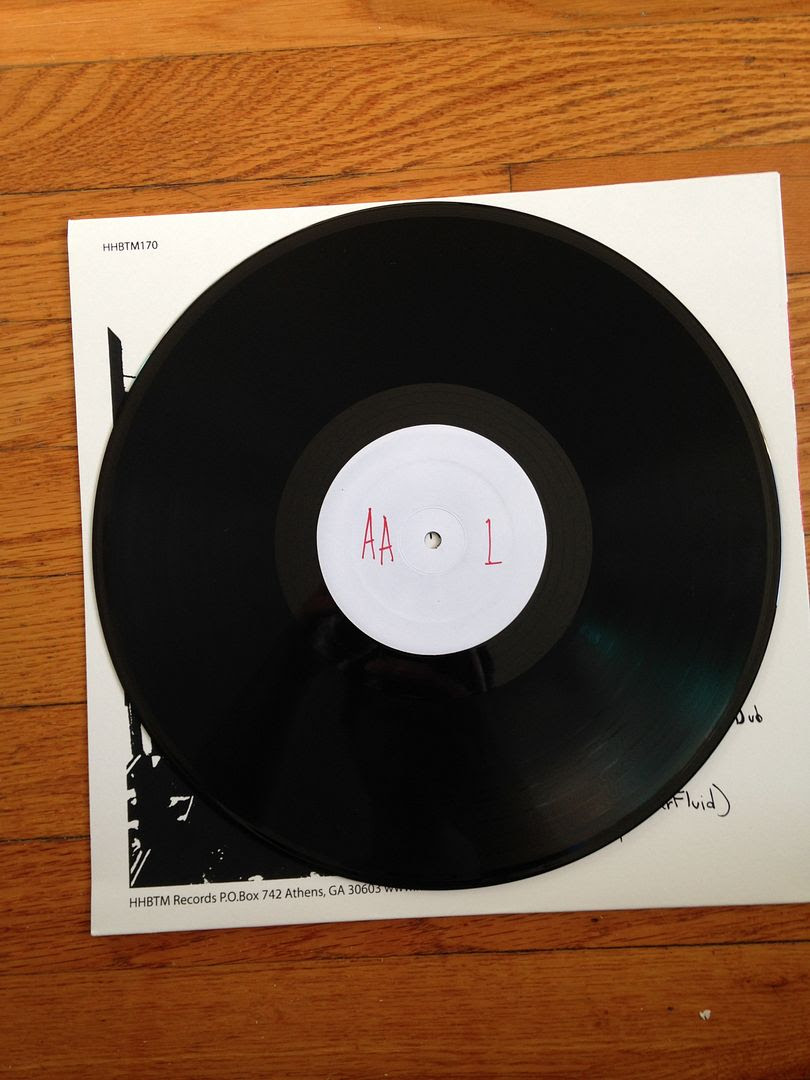 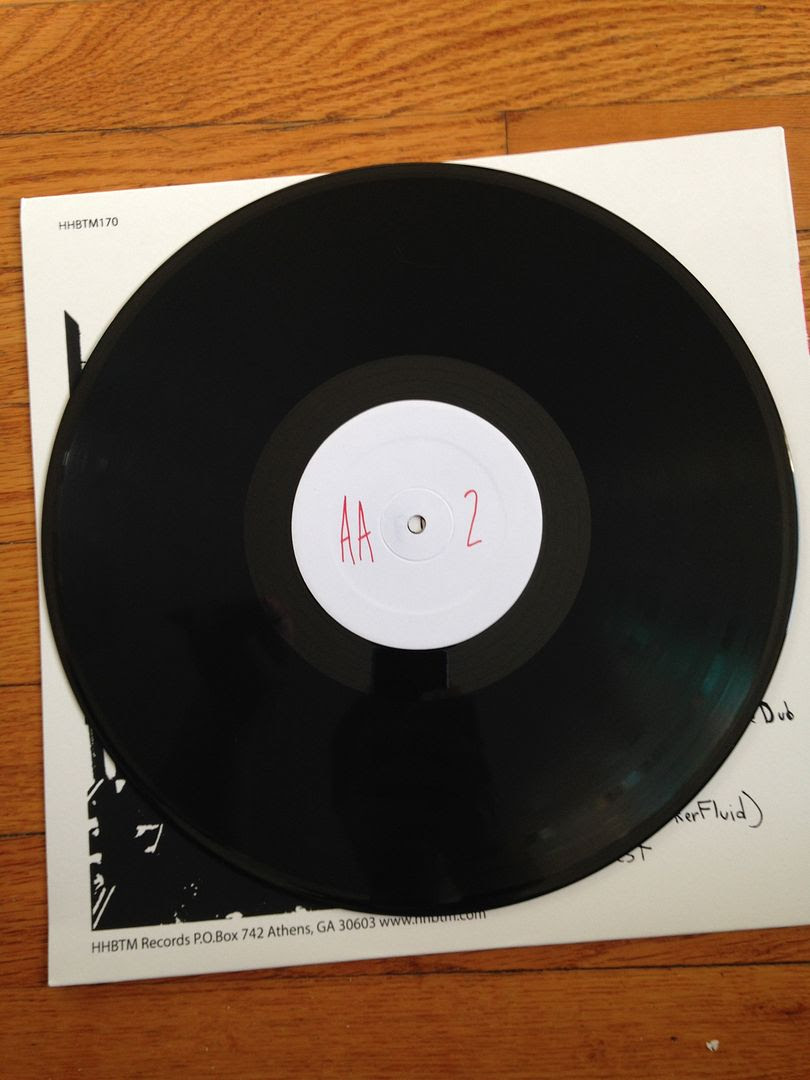 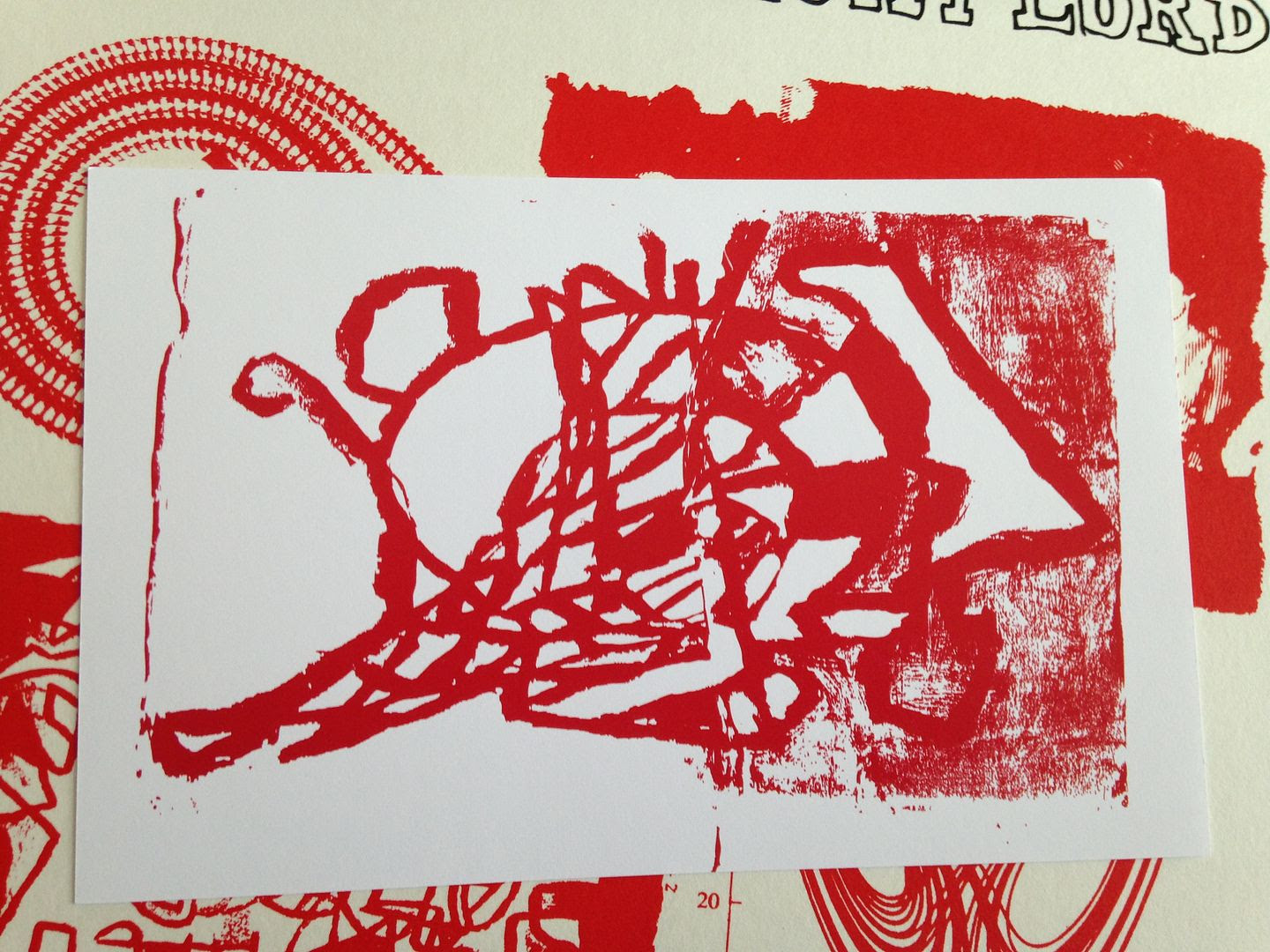 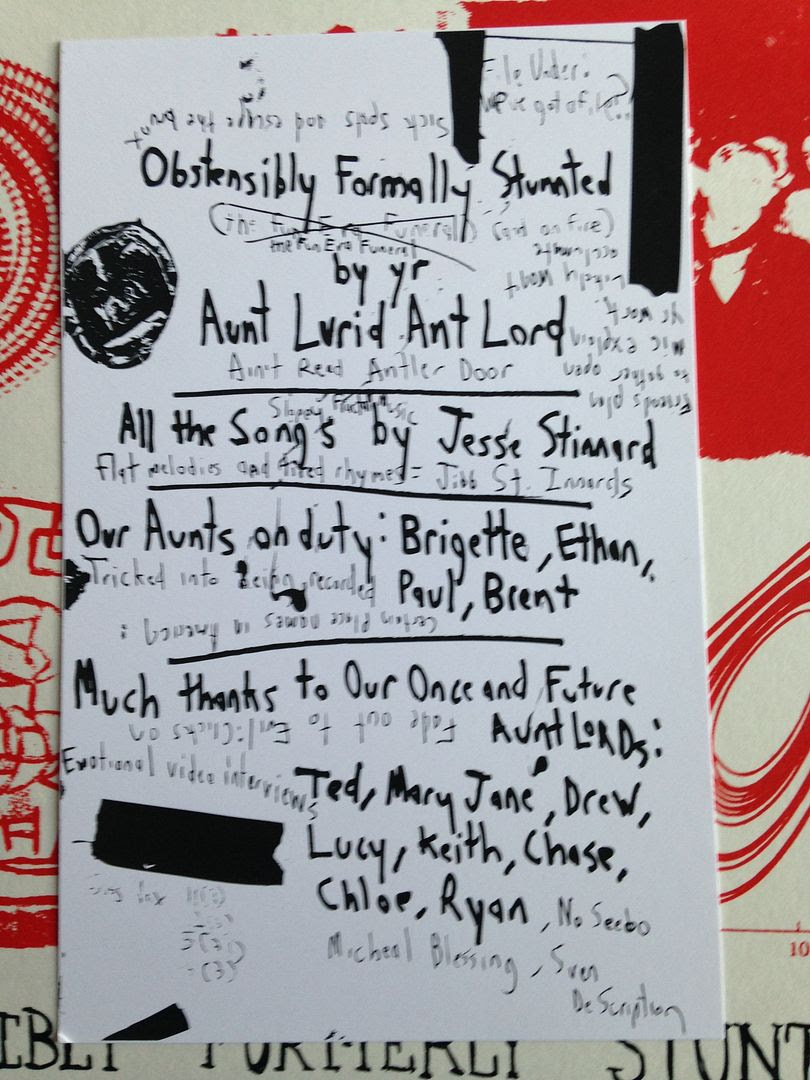 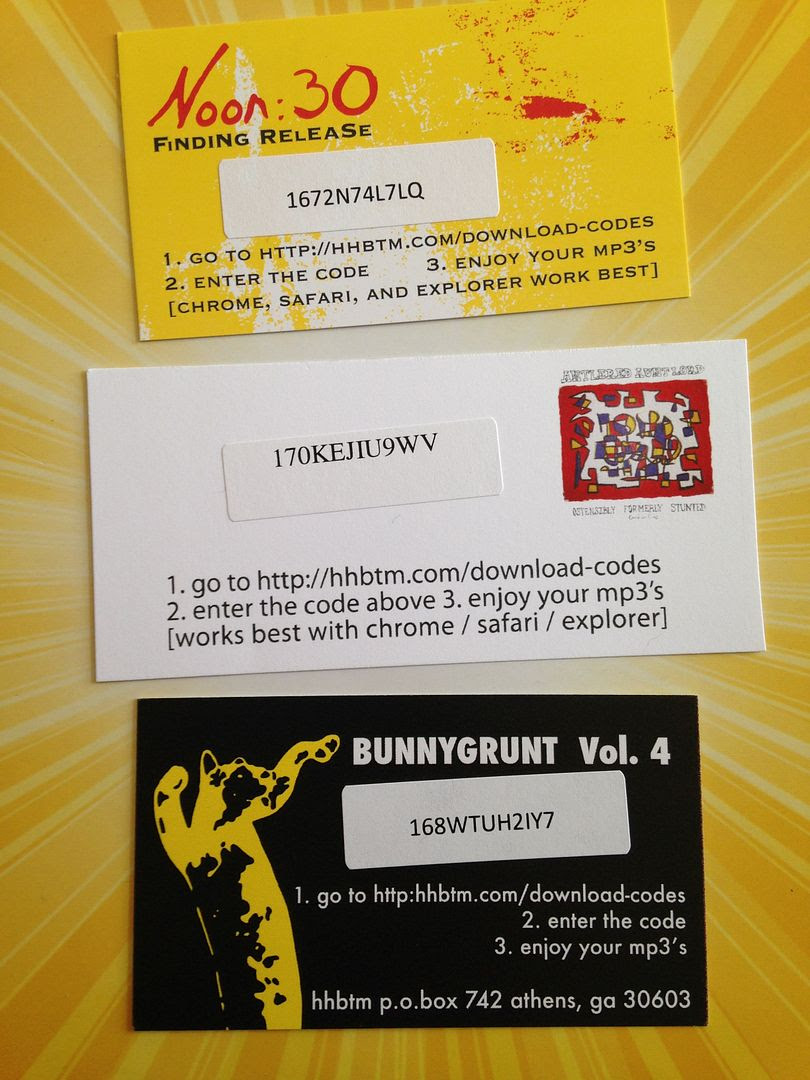