Cassette Review: Kissing Party "Looking Back It Was Romantic But At The Time I Was Suffocating" (Fleeting Youth Records) 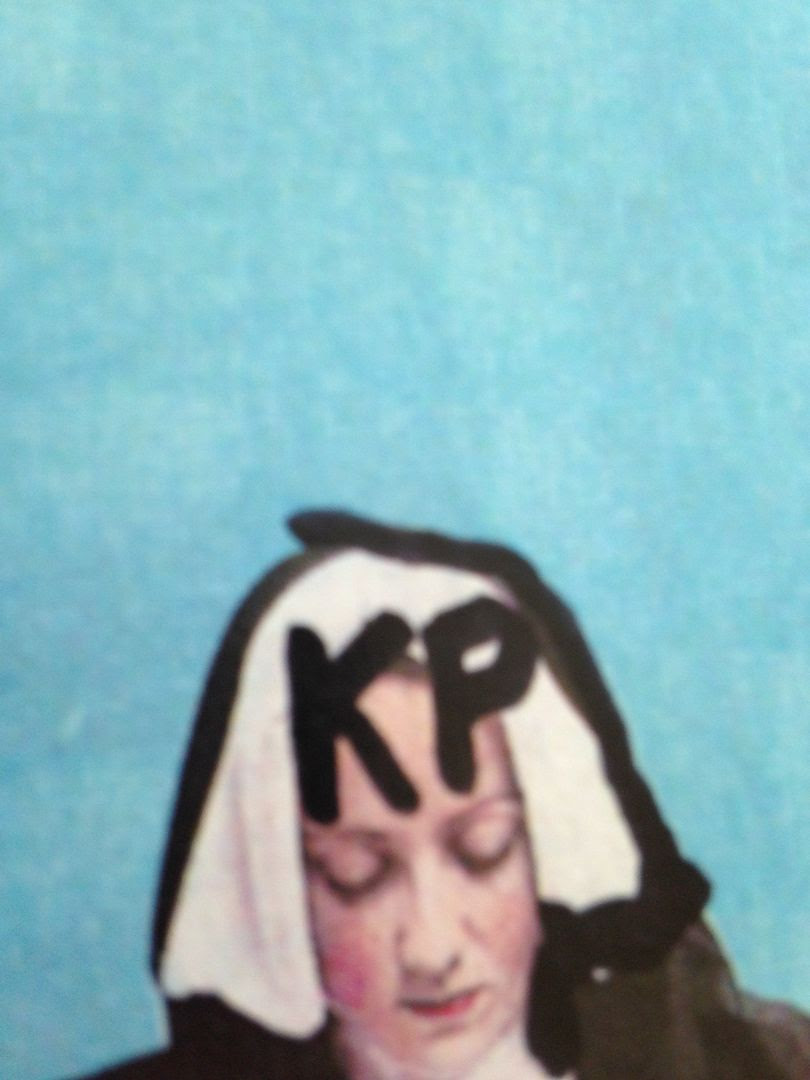 I can't even begin to tell you how much music is submitted to me digitally.    If I took all of the people who I know and like and took just the music they submitted me digitally, I could probably have enough content to fill the website without really writing about anything else.    But then I get all these other people who send me music randomly (the single-serving submissions if you will) and it just gets out of control.    Luckily for me, someone I know and trust the music opinion of sent me this album as a download so I listened to a few songs first (streamed them), decided I liked it and then downloaded it.    As I do with most music, as I listened to it and decided I was going to write a review for it I began looking it up on the internet so as to provide a website for people reading this review to go and find it to listen to themselves since, you know, I can't give you the press link.    That was when I stumbled upon the cassette release by Fleeting Youth Records (Which might have been in the press release I was emailed, but I don't know, I was elected to lead not to read) went and bought it and now here we are.    (And yes, my listening to this album a few times through digitally was enough to justify my buying the cassette and it should be for you as well)

I also need to take this space to say that this is one of the best album titles I have ever seen.

The overall sound of Kissing Party is a pleasant one.   It's easy on the ears.    The songs range from pop rock to pop punk, but I only really want to call it "pop punk" because through most of the songs there is an underlying punk rock quality.   Bands from That Dog to Blink 182 can be heard coming out as well as Smoking Popes and Cage the Elephant.    It's just one of those cassettes where you don't have to spend a lot of time thinking about what the music is doing, but rather just sit back and enjoy it because you know it's good and the crunchy guitars are not something you have to overthink (like math rock) and so you just play it as loud as you can.

One of my favorite aspects of this cassette though is the lyrics.    Sometimes they're just singing about topics you wouldn't imagine them singing about in such an upbeat manner.    Sometimes it's an entire song or verse I want to quote, but sometimes it can be as simple as me pulling out a line for you such as "Bitch, I'm perfect".     The j-card doesn't fold out into lyrics and while some cassettes do the font becomes so small it can be hard to read so I don't always consider that to be a bad thing.   I remember once though as a kid I bought an album by Smashing Pumpkins (was it "Siamese Dream"?) and they said to mail them a self addressed stamped envelope and they'd send you a lyric sheet, which if I remember was just a purple sheet of paper with lyrics on it, but something like that might be fun for Kissing Party and/or Fleeting Youth Records to consider doing.

You know how certain things seem to be programmed into humans as "bad" and other things as "good"?    Like, certain smells- skunks for instance- are bad, and even to other animals the skunks have a bad smell because they use it as a defense mechanism, and then bad sounds can be nails on a chalkboard.   I feel like Kissing Party is just one of those good sounds that is embedded in our DNA as humans and so I don't know why or cannot imagine someone not wanting to listen to this and enjoy it.    It's not overly poppy or catchy, but yet is poppy and catchy enough that people should be able to find something in it that they enjoy and not say "Oh, it's too _____ for me".     It's the three bears in that way- neither too much nor not enough, it's just right. 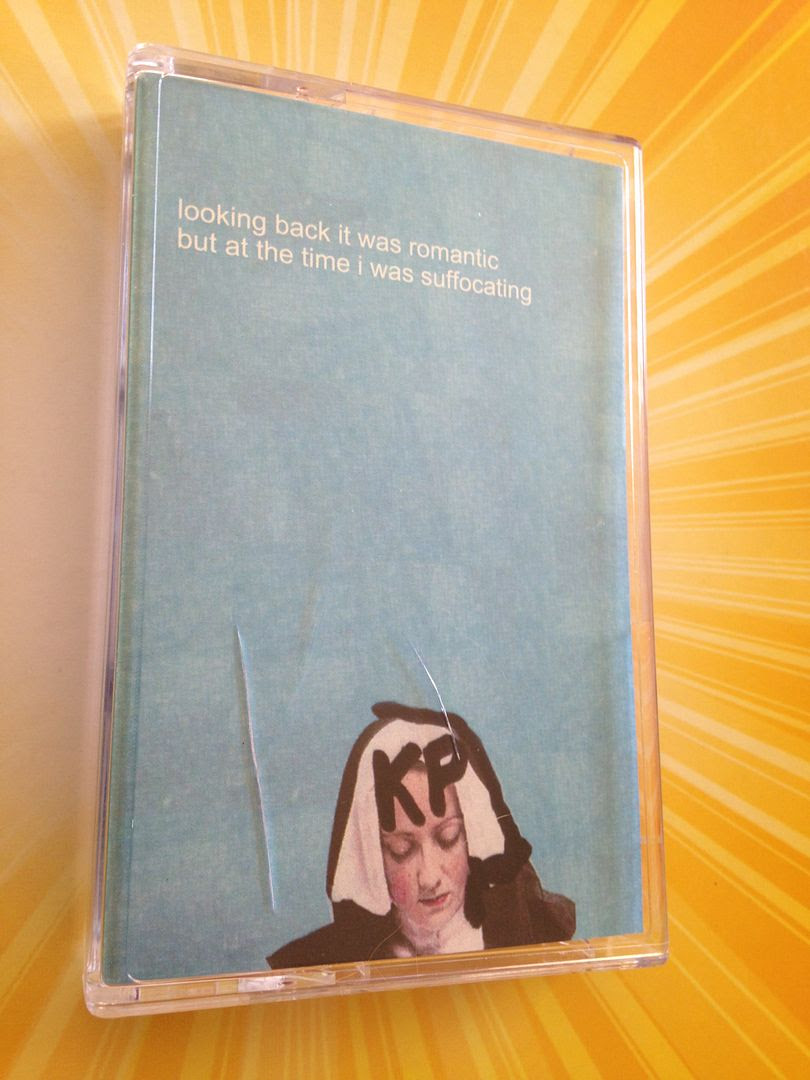 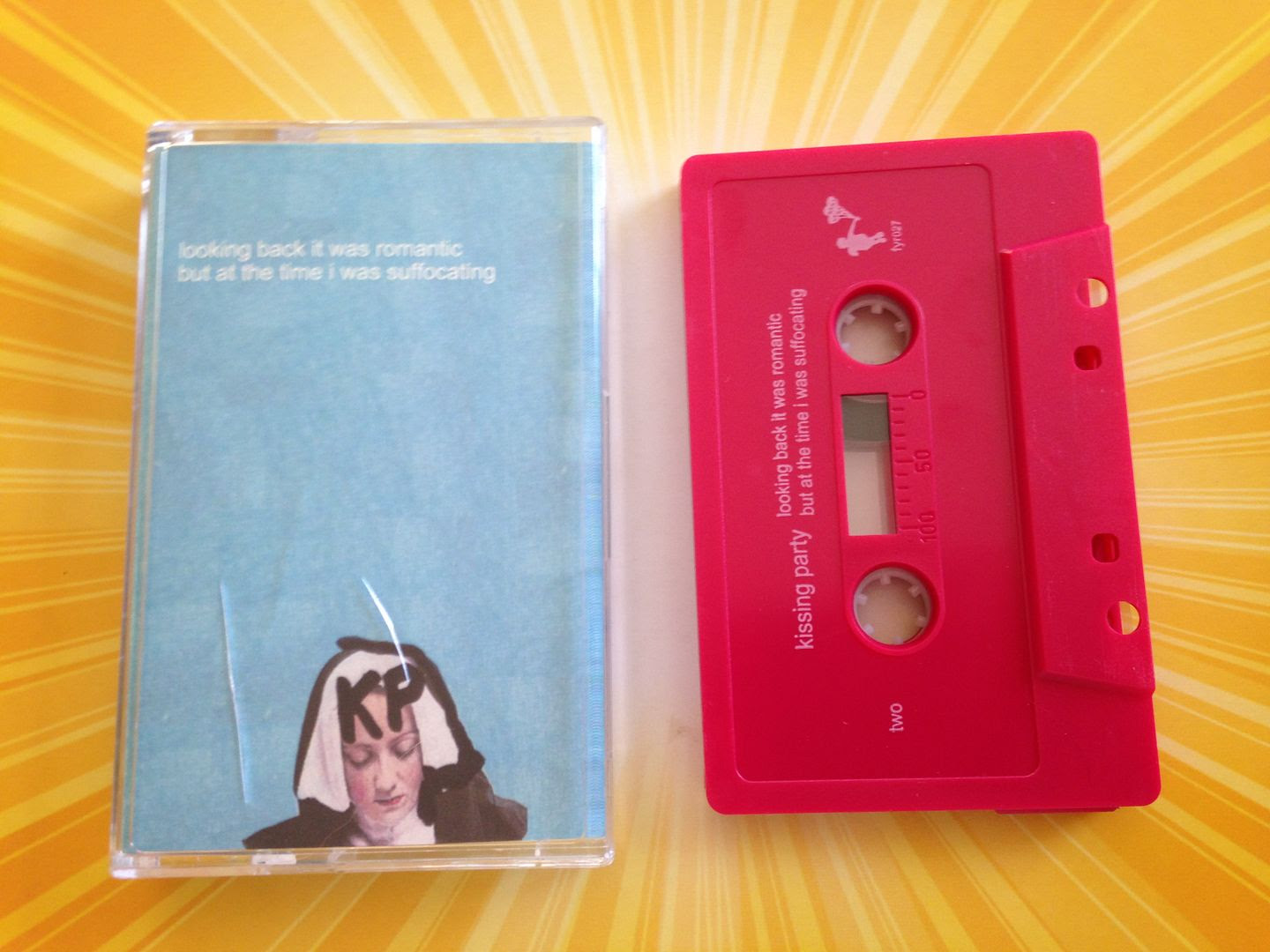 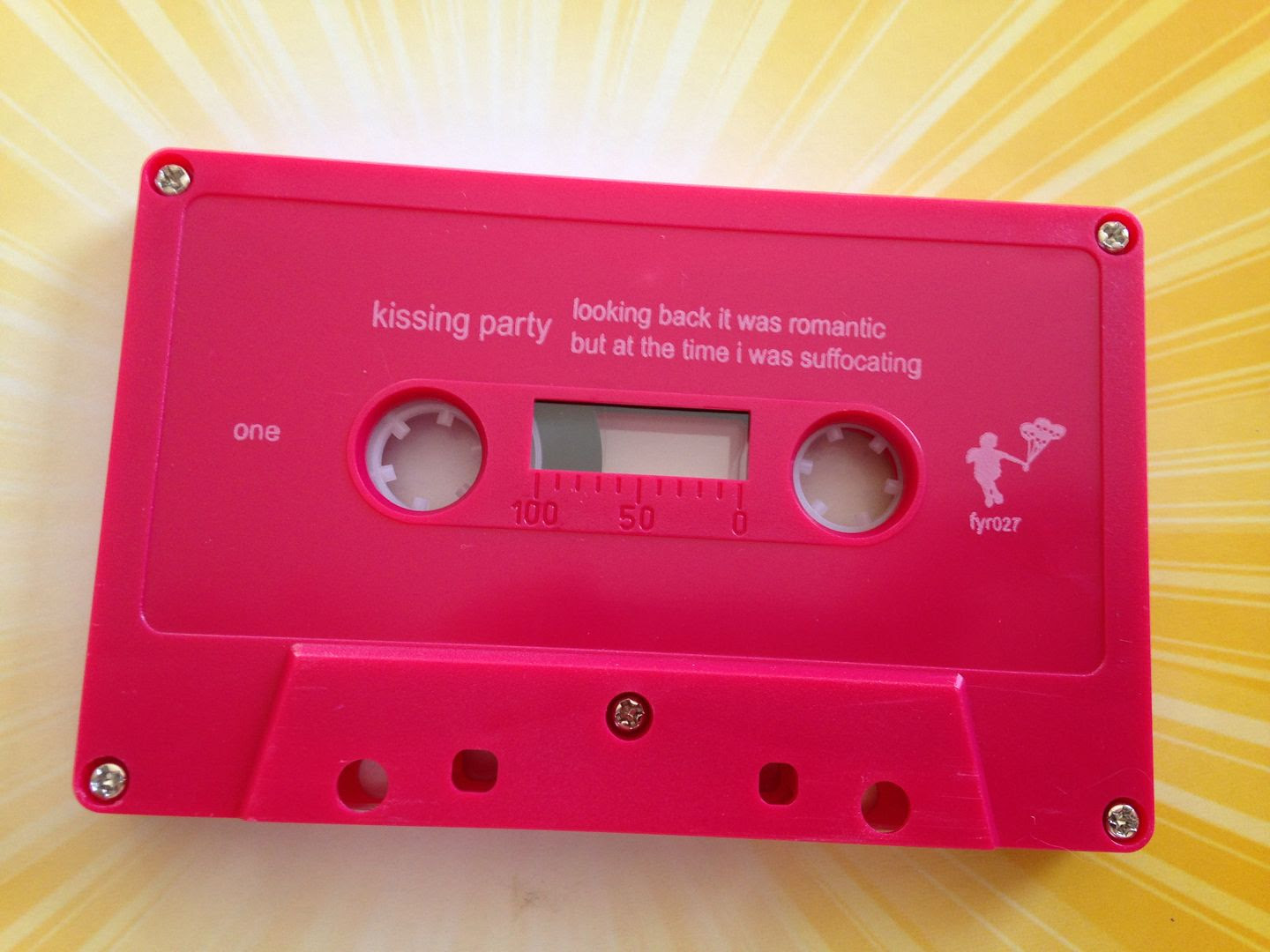 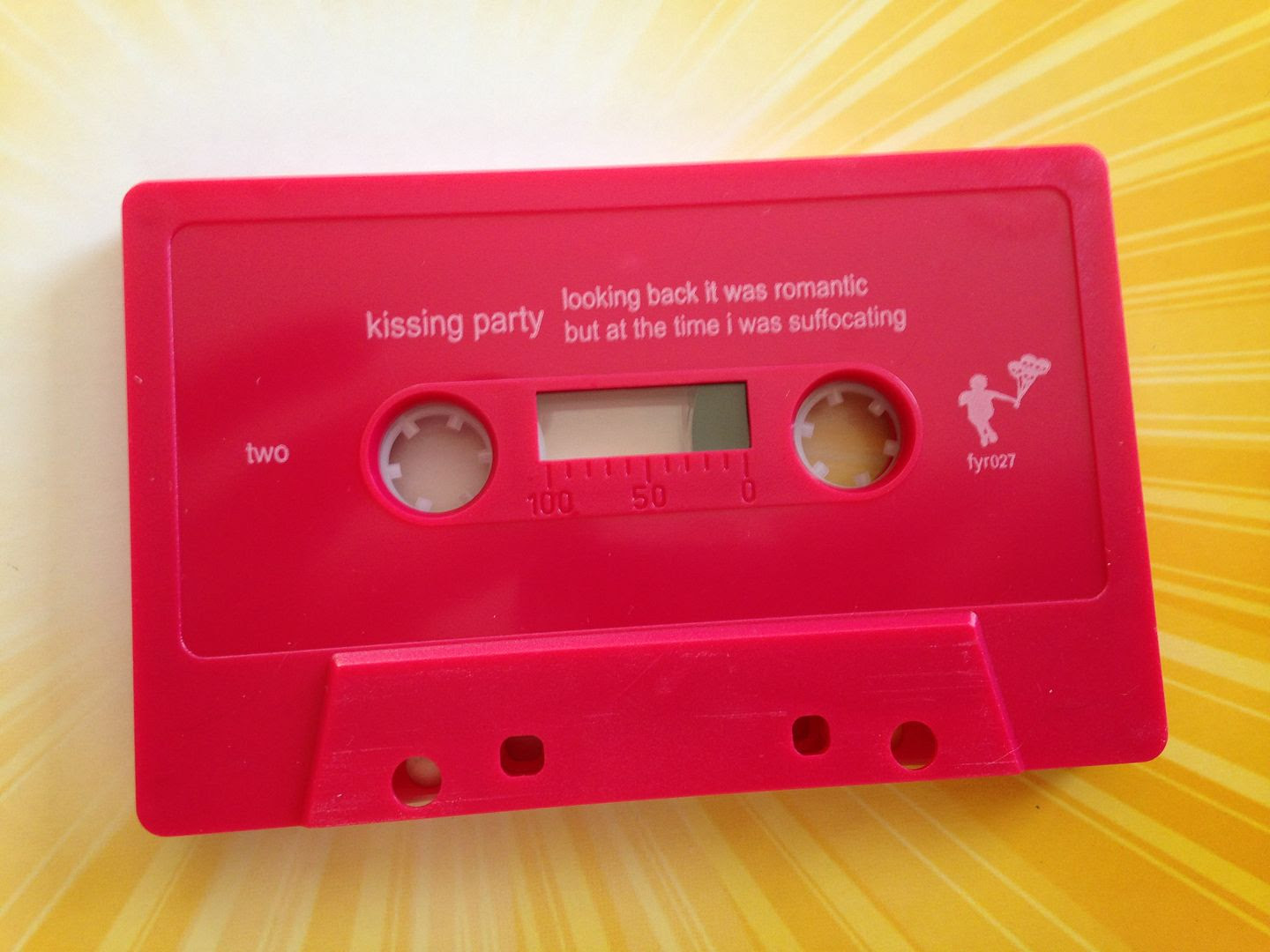 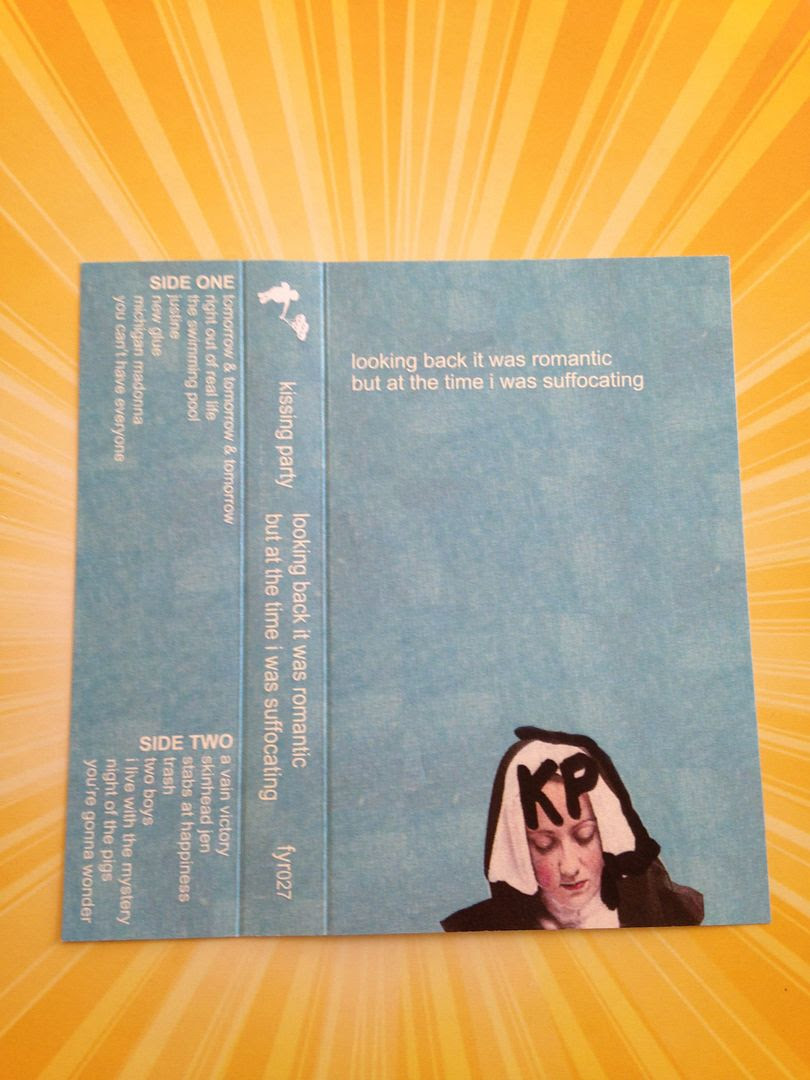 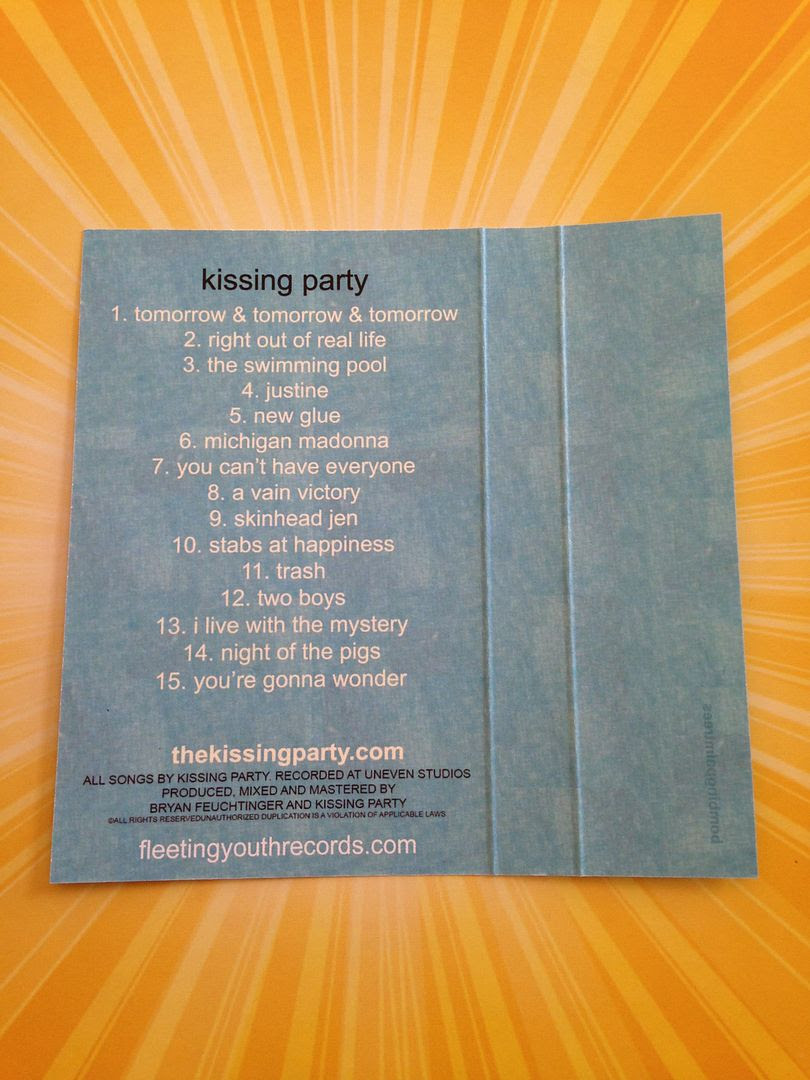 Posted by Joshua Macala at 6:41 AM