It's been a little while since I've reviewed a cassette by Illuminated Paths but they have been busy and it seems like I'm always reviewing them just because any time I think of anything that is good and electronic I wonder if they had something to do with it or if in the future they will release a cassette by that artist I enjoy.   As a rule of thumb for reviewing any cassette I receive, I will go to the Bandcamp page and pull the link and price and look for an "edition of" as well.   This has become standard, yes, but it isn't really standard for me to spend so much additional time on the Bandcamp page looking at upwards of twenty other cassettes I want like, "Hey, I didn't know Illuminated Paths released a Roadside Picnic double cassette!"  (Though in all fairness I did know about the Lost Trail cassette)  So I come into this review of "Glow" by c o c o o n hoping that I can have some vast knowledge since my last time reviewing an Illuminated Paths cassette.   I feel like that professional wrestler who left WWE to go gain experience in Japan and come back better than ever... But, then I press play and realize the music leaves me as stuck for words as much as before.

The way that "Glow" opens is with these big laser sounds to let you know that it is here.   If you've ever felt distracted when listening to music, c o c o o n shows you how to grab the attention of the listener from the first note and keep it for the rest of the time.     While the music can be given the general term of instrumental electronic, I feel like there is this unspoken sort of restrained quality to it.   I'm sure anyone who has ever graduated or been to a graduation knows of that "Pomp and Circumstance" song but if you're like me you probablhy relate that song most to the Macho Man Randy Savage.   Well, even he kicks some beats into it as his entrance music and so in that way I like to think of this music on "Glow" as being dignified, having that sense of class.   At the same time though it just has this certain funk quality to it where I want to call it "Funk and Circumstance" and I just feel as if, after listening to this over and over now, is the best way to describe it overall.    Through cymbal slides and wah-wah effects it can be minimized to a mere drum beat but then in the next second hit harder than ever before.

There are moments in here where I can hear sounds such as Mario would make when collecting his coins and so for that it can be somewhat video game as well.   When the songs stop at one point it seems as if Side A has come to an end.    A decent amount of dead air exists before the hidden song can be found on Side A.    It's that sense where if that hidden song didn't come on the first time then I would have found myself flipping the cassette and rewinding on consequent listens.   It also just goes to show you that cassettes are the best when it comes to hiding songs because it's not as simple as looking at a compact disc and wondering why there are 99 tracks or the last song is 45 minutes long.    So that's not just a point for c o c o o n or Illuminated Paths but rather a point for cassettes in general and why I still prefer them over all other media.

Through drum machine beats and electronic fury, c o c o o n brings life to Side B in the form of a movie soundtrack that could be straight out of the early 1990's (I'm thinking 1992, but have you ever seen the movie "Kuffs"?  Because I'm definitely thinking this movie has Christian Slater in it) and once again we venture into one of the aspects of cassettes I enjoy just from physical media over digital.    The last three songs on this cassette are exclusive to the cassette and if you don't want to pay the extra $3 to own a cassette for these three extra songs then I don't know what to tell you because, really, not only are they worth it but the cassette on the whole is.   I've always felt like labels should put less of the music online and only have it be sort of a sampling for the digital and then if you want everything you need to buy the cassette, but I'm not running this label and I've yet to see someone really do that because I just don't think it would work in the modern world of technology today.

There is some distant talking with screeching type of sounds, as if someone is dragging some metal across concrete, and that is how this cassette comes to its end so don't think of it a pure adrenaline rush of electronic bliss because it does have its other moments.    The main thing is that this cassette so feels so necessary for every day life because you can listen to it while driving or being in a hurry to get ready for work or really just about anything in your day-to-day and that's perhaps what I like most about it: the music is really only situational to the extent that it can fit almost any situation.   I'm not sure how many other cassettes I can say the same about but, yes, definitely one of my favorites right here.   Also, be sure to stick around on Side B for the bonus tracks because those guitar licks are sick. 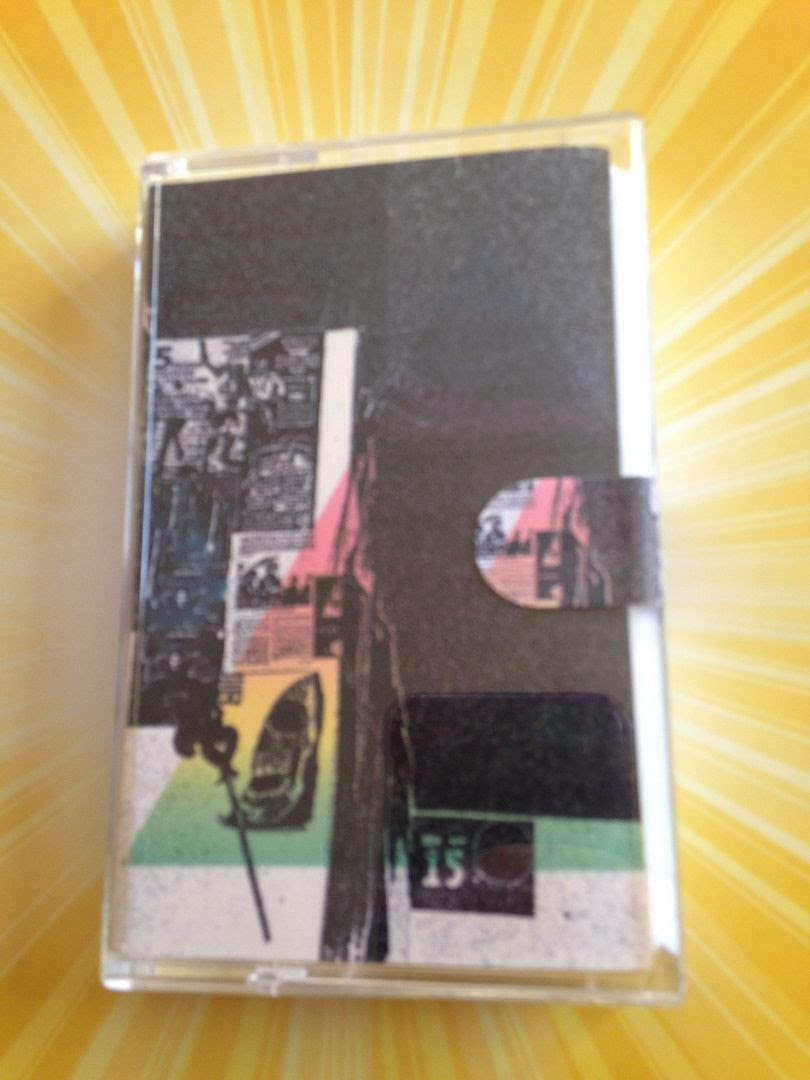 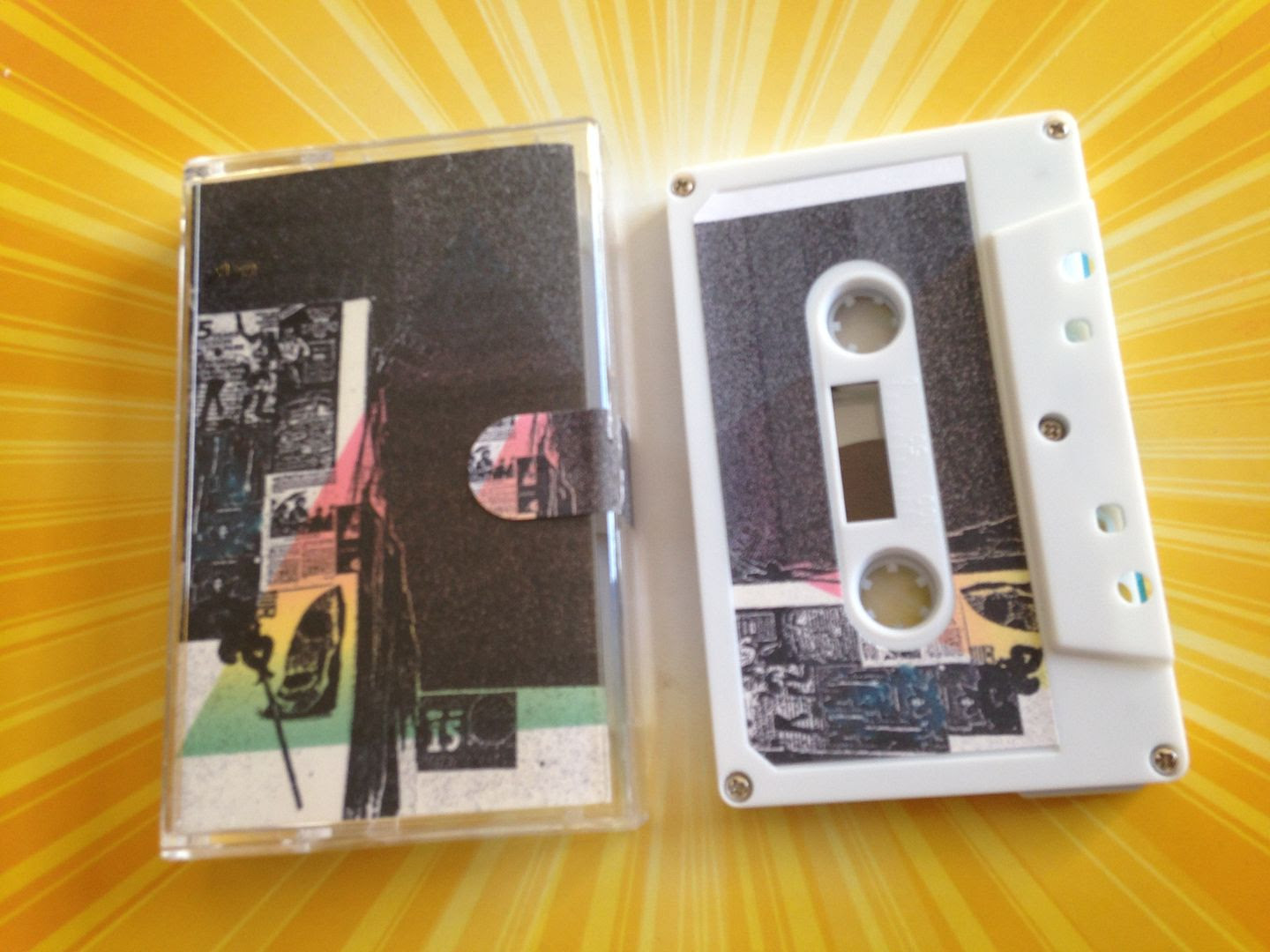 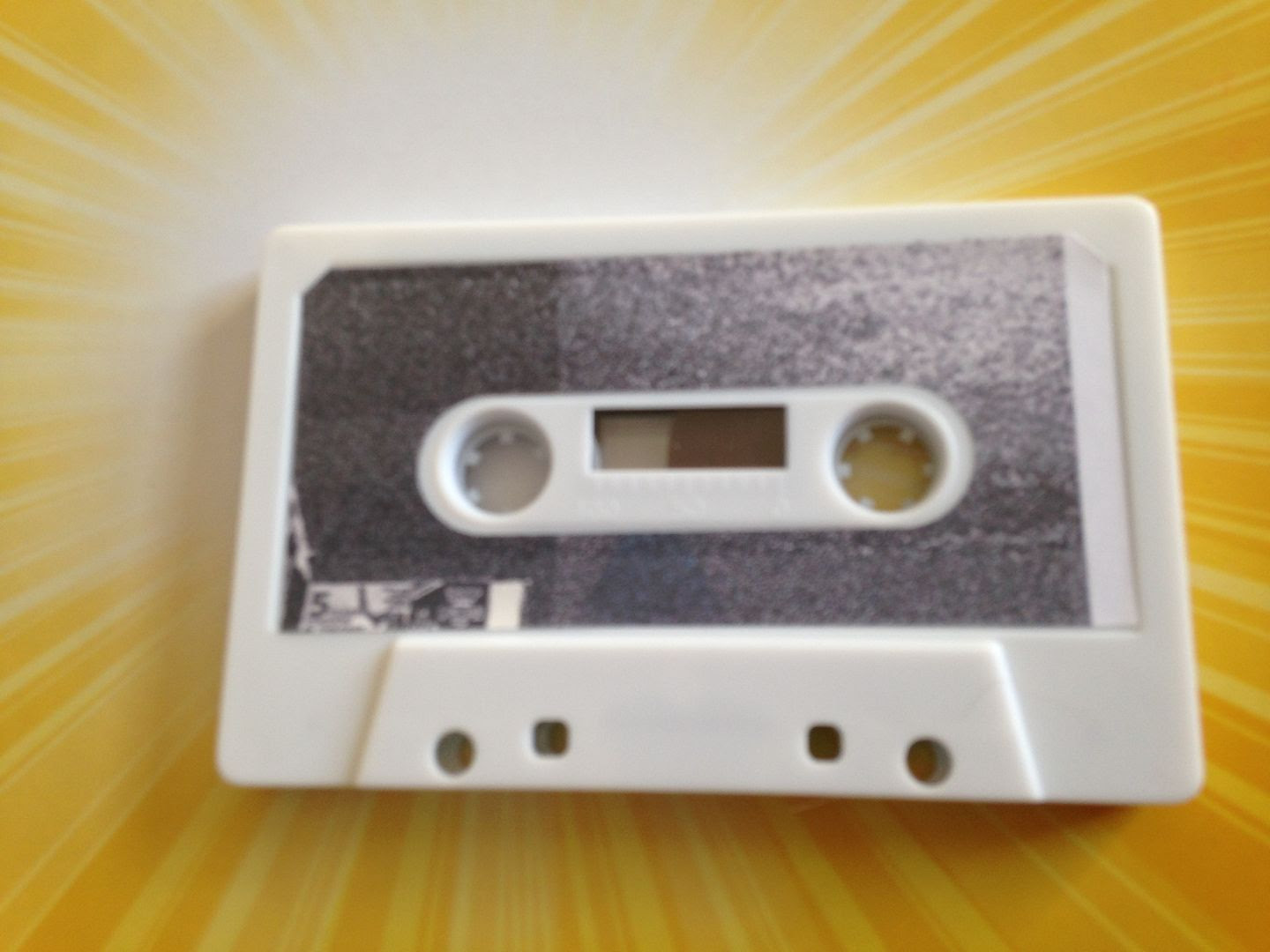 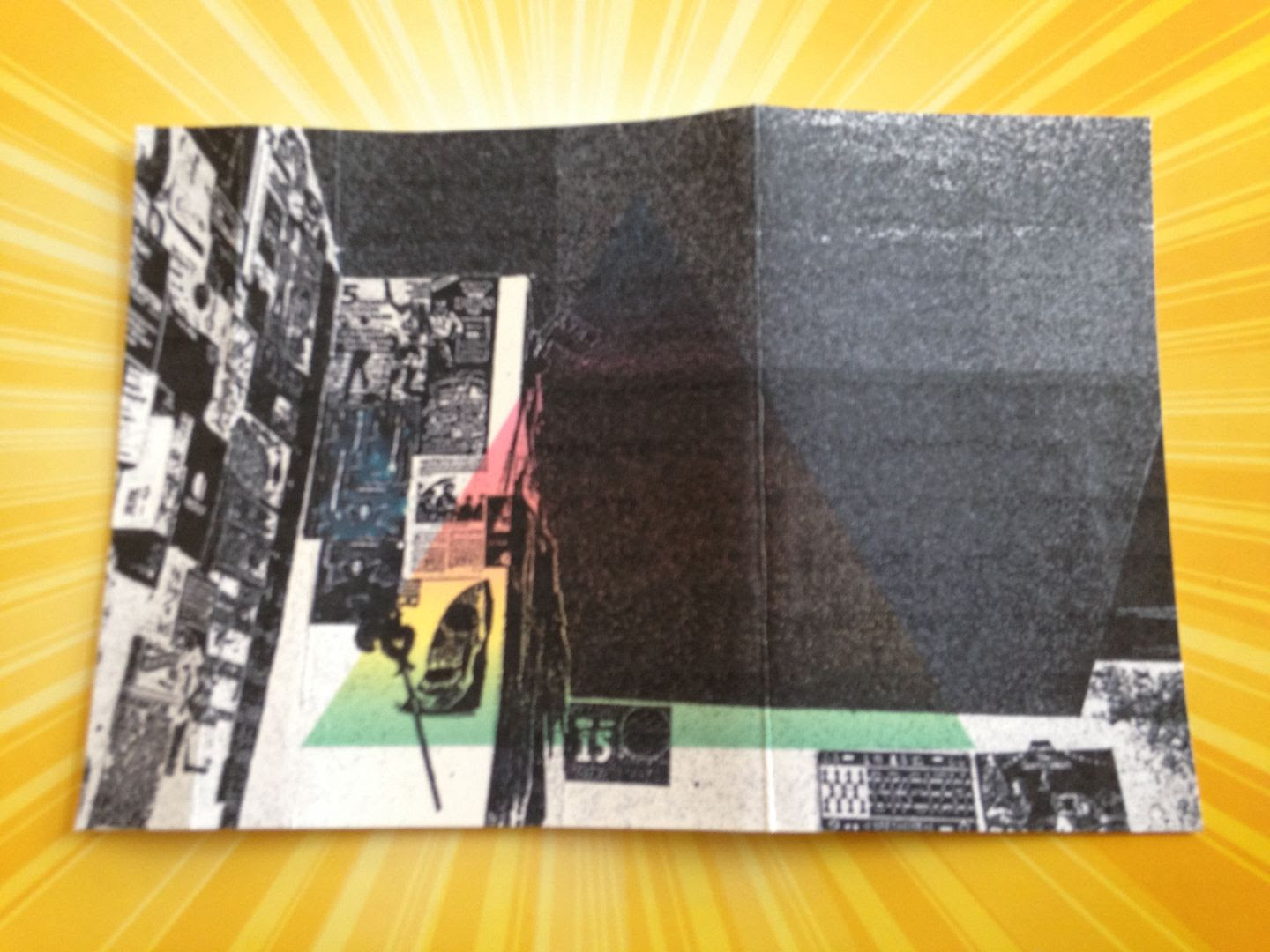 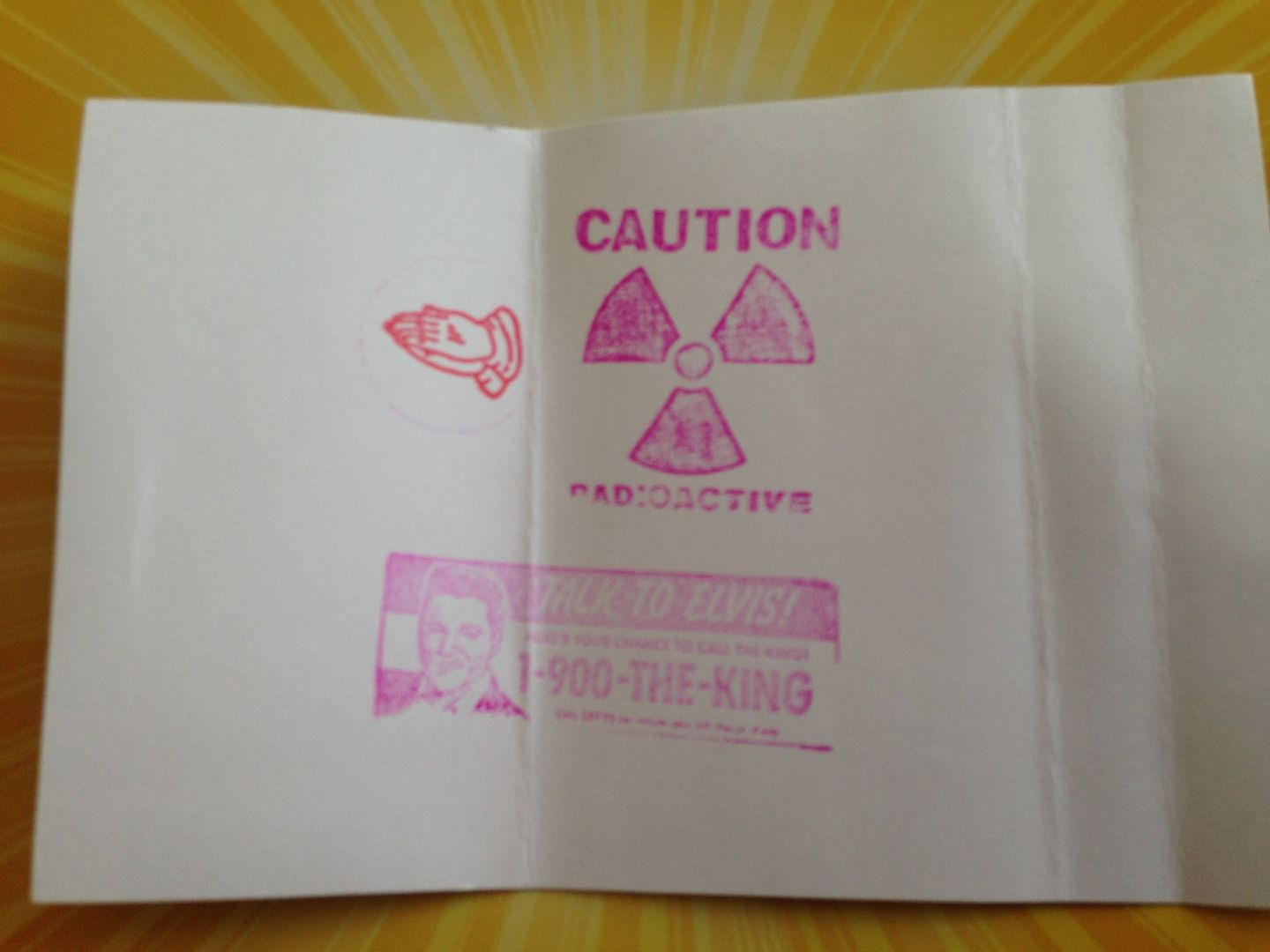 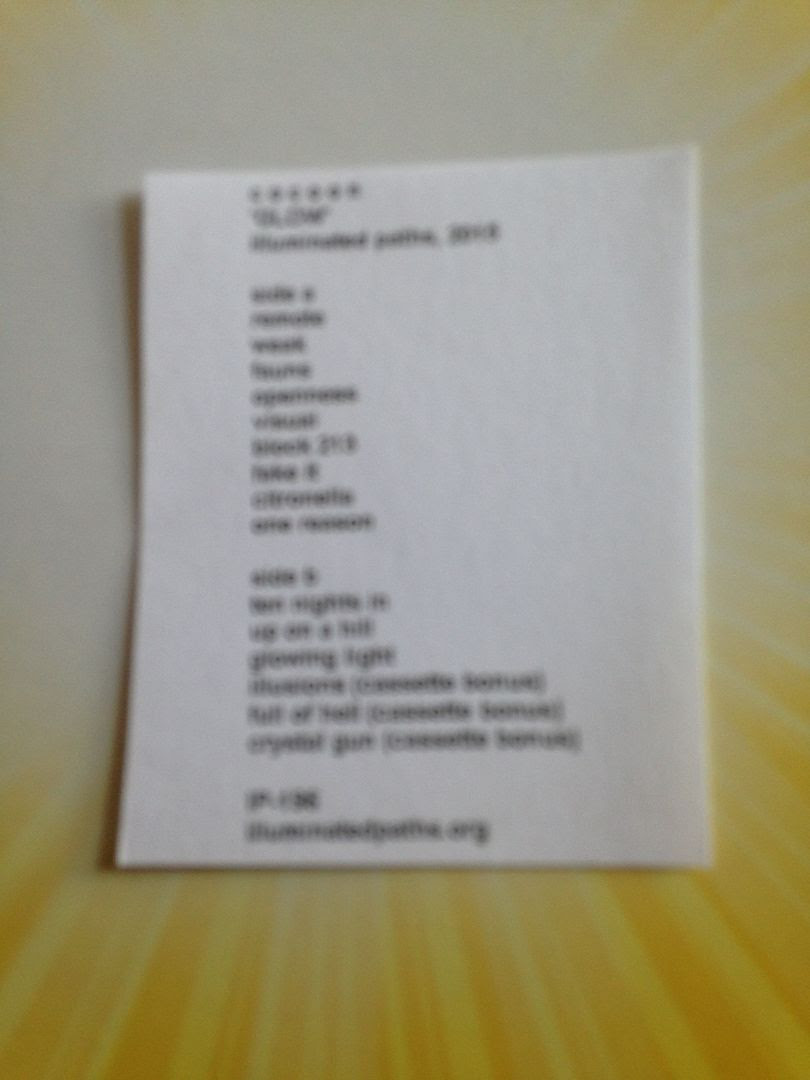 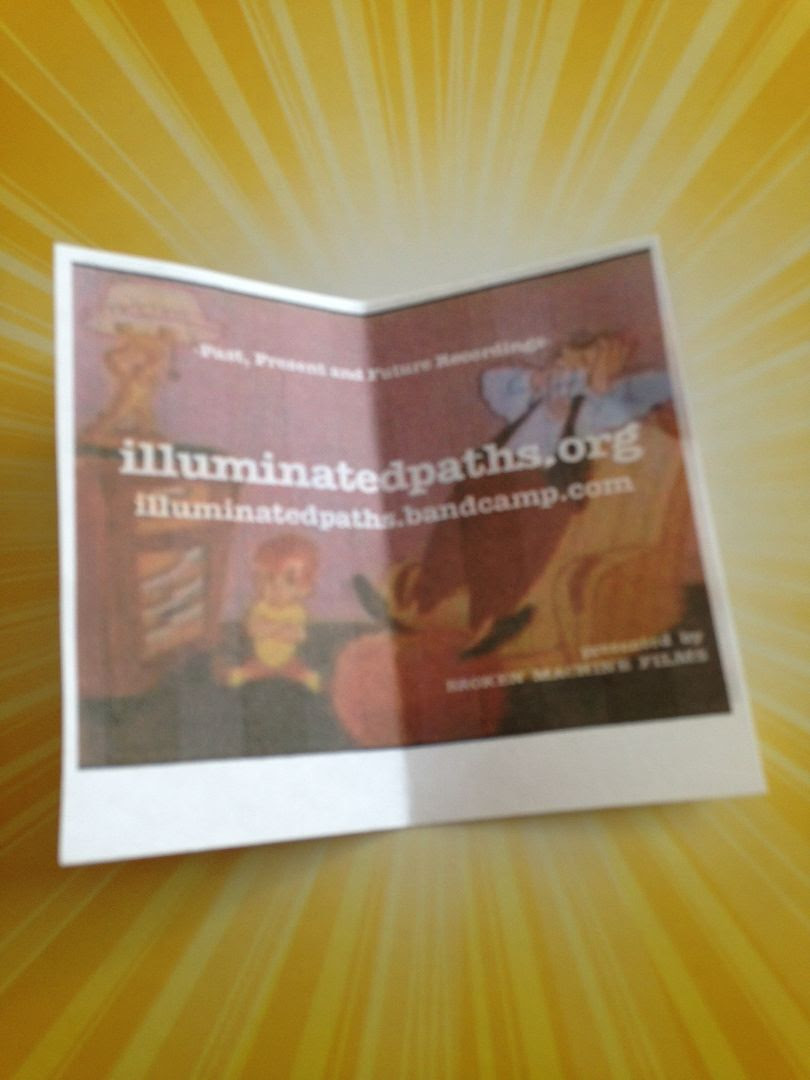 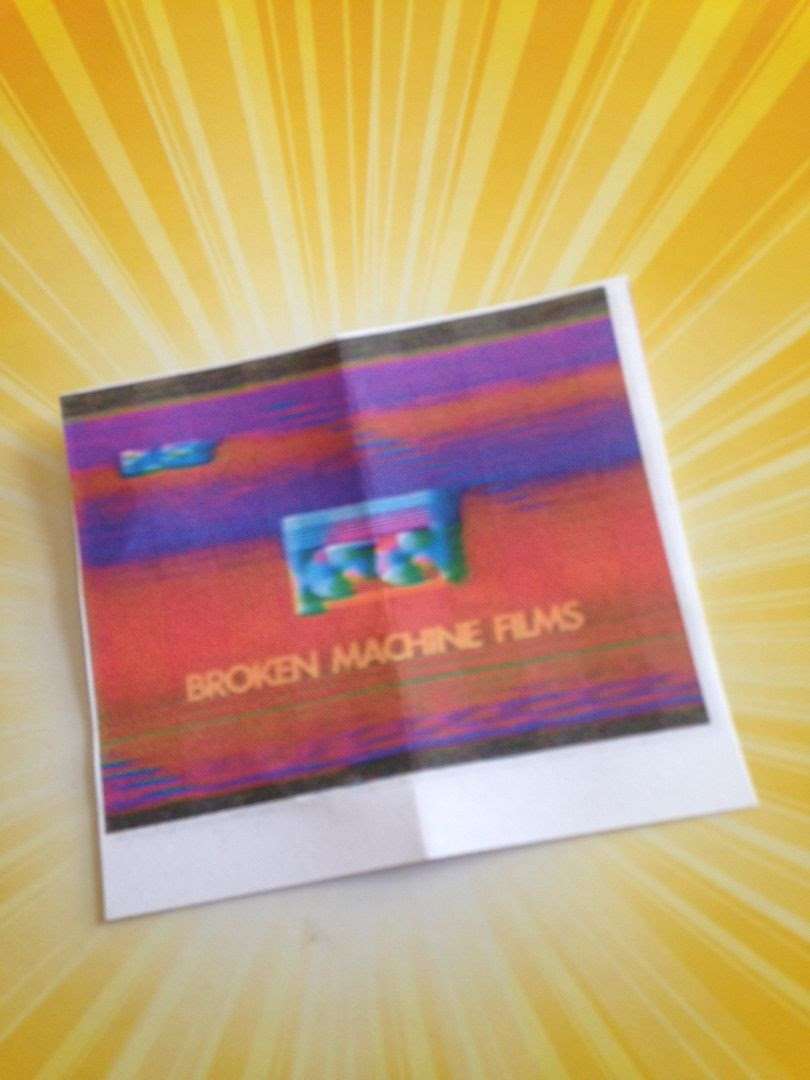 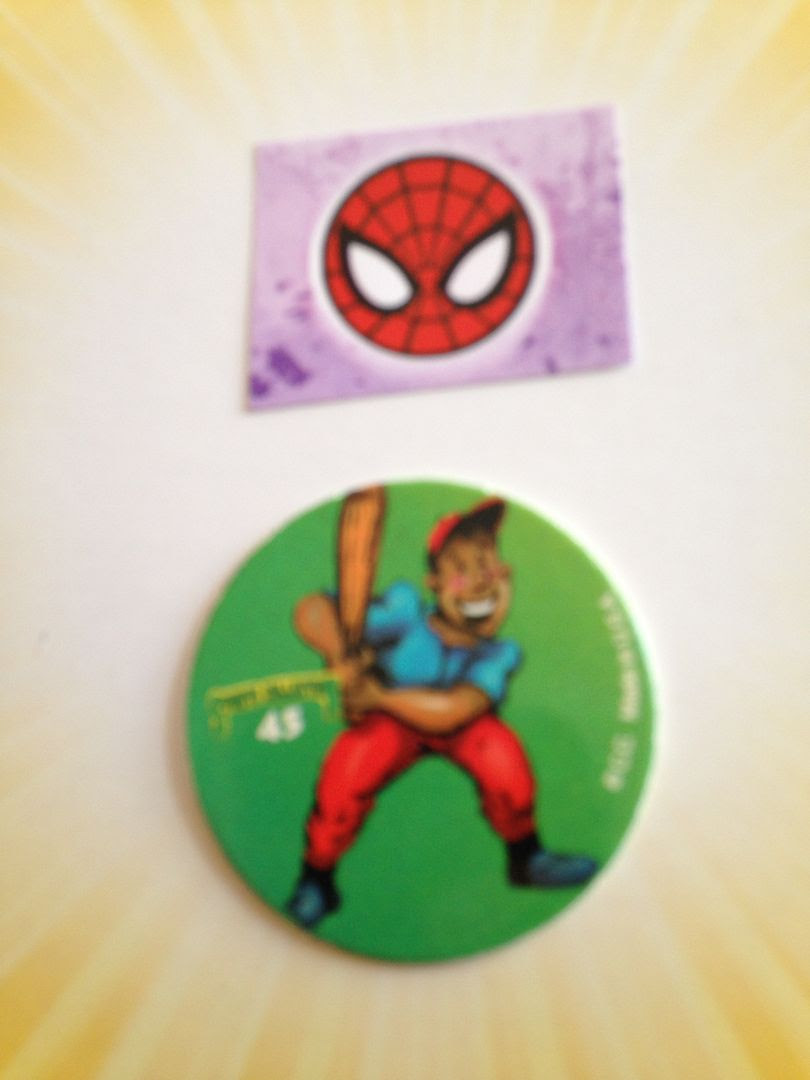