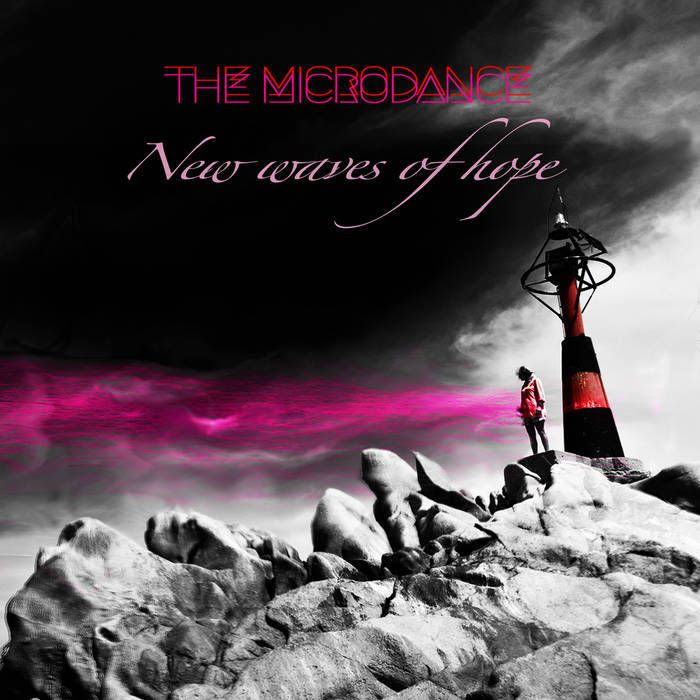 If you are a writer of topics such as music and you have not yet reviewed The Microdance's "New Waves of Hope" or do not plan to, it's okay, I understand why.     Ignoring this release or simply passing it off with cliches words you use to fill other reviews as well seems to be the best way to go about reviewing "New Waves of Hope" simply because the elements on this album are too great for one writer to overcome.    If a group of maybe one hundred of the best music-related writers in the world got together and put their collective thoughts down on paper, then they might be able to generate a review worth reading about this album, but no one mortal is capable of review this on their own.     So, as usual, I will be telling you what no one else is willing to admit: I am not good enough of a writer to put into words how to accurately describe the greatness of this album.

I've had several different notions about this album and the songs on it but they tend to become refined every time I listen to it.   At first, I heard some kind of melodies based off of rock n roll but there was this intensity backing it up.   I had no real idea as to what to consider the sound more towards the surface as sounding like but that backing vibe reminded me of something Thrice would have done on their "Illusion of Safety" album.     Again, this is just what I hear as the underneath layer on some of these songs but what is happening on the surface is still something I can't quite put my finger on.

A few more listens into this one and I come out with a new comparison point and this time it is a mixture.    I hear what is that Deftones era of "Change (In The House Of Flies)" but yet I can also at the same time hear something such as George Michael's "Careless Whisper".    If that isn't too odd enough of influences to be tied together for you, but yet somehow they do have this strange way of uniting and giving off a common sound, then I don't know what is.   It's not like you're finding two influences which would sound awful together because they're both really just guitar-based.   It's just a matter of whether or not the guitar is going to send me into someone's prom in the 1980's or a moshpit.    (I am aware that Seether covered George Michael's "Careless Whisper" but this is not the same, thanks.  Seether is not on the same level as Deftones no matter how much I like a few of their songs and don't like some newer Deftones as much as their older songs)

As a general rule of thumb I don't read reviews of albums which I am reviewing before I review them.    I feel like they might just end up stating what I would otherwise state and thus influence me negatively because you reach that point where you think "Well, that writer just said what I would have said, so what's the point in my typing it all up now?"  And it might not even be that I actually *feel* that way, it's just that perhaps the writing has caused me to feel that way.   If someone tells you a band sounds like another band, yeah, that might make you hear that as well.   So I stay away from such notions entirely but I am rather curious as to how others have been reviewing this album by The Microdance.

Regardless of what others are writing about "New Waves of Hope", you simply have to be listening to this album.   I'm not telling you to listen to it if you like blah blah blah because not only do I think there isn't a suitable comparison point there but because it simply does not matter.   You can't say, "If you like Deftones you'll like this" because that implies that if you don't like the Deftones then you might not like this.     I don't know anyone who doesn't listen to music- I think it's become such a part of our culture that it is almost like breathing- and as such I think everyone should listen to this album at least once through.   Not everyone is going to like it as much as I do, but it is the only way for you to truly grasp your own concept of what is going on here and the musical world The Microdance have created for themselves.
Posted by Joshua Macala at 6:57 AM