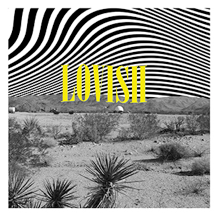 The idea of Library Voices has always been something I've been fond of because at some point in time (And I'm not sure when, but it certainly contributes to our downfall as a society) people began to answer their cell phones and just all around have full conversations in the library with other people as if it was no big deal.   Yes, if you see me in the library and you or someone near you is talking at their normal level or louder I will be telling them "shhh" because this is one thing we need to maintain before pure chaos ensues.    Given their name you'd expect Library Voices to be a quiet, softer spoken type of band (or in an ironic manner a hardcore thrash band) but they aren't really and they have their loudness to them where I would shush them in a library.

Through drum machine beats come sounds ranging from The Replacements and Soul Asylum to Damn Personals, Huey Lewis and Billy Joel, Library Voices channel the sort of same influences you would hear from a band either on the radio or at the "college rock radio" level (Think: Animal Collective) but they use them so much better that they actually come out sounding good.    Library Voices is one of those bands that not only seems to be singing about love and heartbreak but also playing music that might otherwise seem cliche as well and yet I can find myself listening to it without any guilt.   Any slight adjustments to this formula though and you're looking at one of those dime-a-dozen bands which I write off far too often and so perhaps that is the greatest trick of all: going right up to that line and not crossing it but rather rocking right in front of it.

I really don't like to use other bands I don't like as a comparison point in reviews to say things like "If such and such was a band I liked then they'd sound like this", but really for all of their hype and fanfare I really feel like Library Voices is the band that fans of music can finally enjoy given what we were told to expect and were let down by with other bands including but not limited to the likes of Ok Go, for example.    From references to "Footloose" to having a line about gypsies that no one wants to full define for me (Does he say "gypsy fade" or "gypsy phase"? Either way, it's in their lead off single "Zzyzx", which you can hear for free on Soundcloud)

Library Voices feels on the surface like the type of band I should have outgrown at least ten years ago and based upon my notes and references I should have stopped listening to the likes of even longer ago.  And yet, here I am, listening to "Lovish" and not really feeling badly about it (like I would if it was, say, a new Taking Back Sunday album or something) and just happy that there is finally something out there that does what so many other bands have just fallen short in doing.   Between Buddy Holly, some surf, some Nirvana and some of that "She's Got the Look" song, Library Voices are the band that I've been waiting perhaps even my whole life for and this album could only be better by being released on cassette.
Posted by Joshua Macala at 6:43 AM