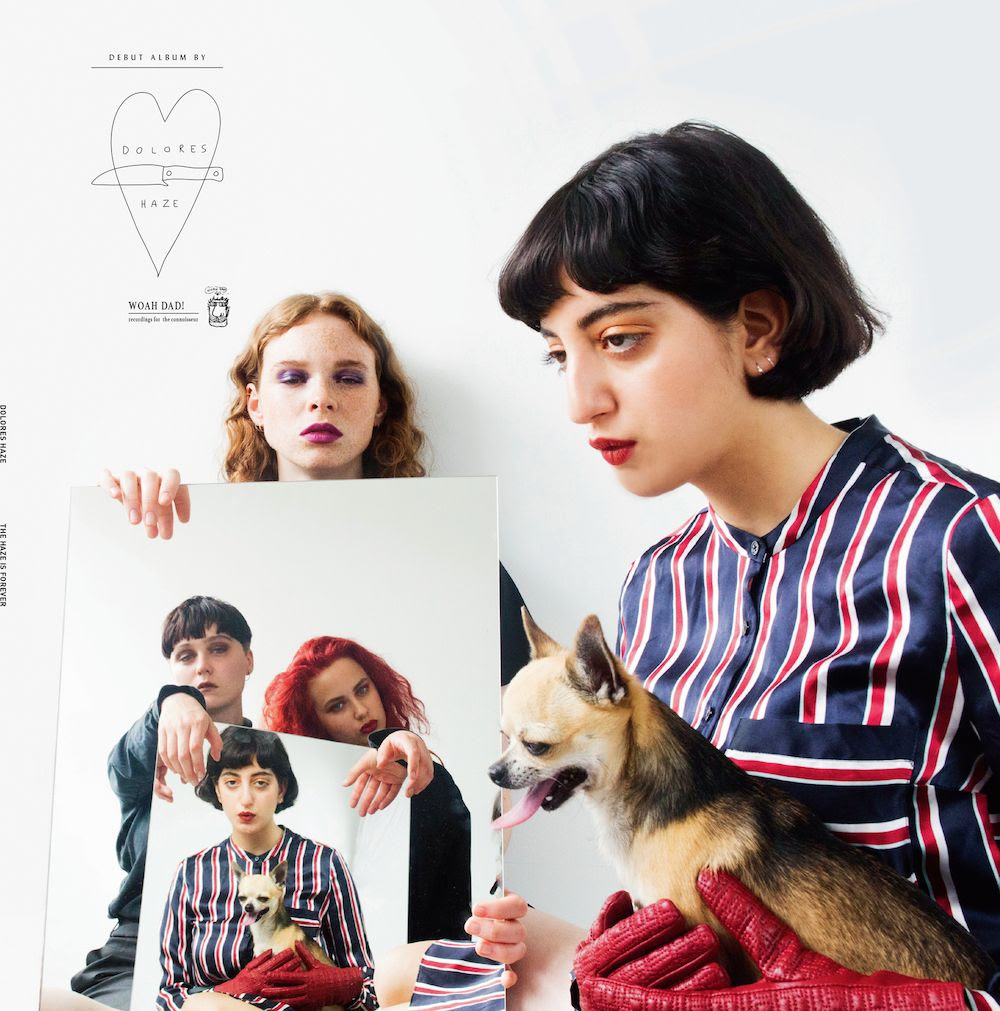 People often send me single songs to listen to (and review?) and if you think you have an idea in your head of how many different single songs I am sent on a daily basis I want you to take that number and multiply it by a hundred.   I could fuel a radio station for the next twenty years with all of the songs I've been sent as singles and, really, I don't have the time nor energy to review each and every single song sent to me.    It's why I prefer albums, really.   But when I saw the single for "Touch Me" by Dolores Haze in my email box it came with a video and promise of a full length.     This is how singles should be submitted to me, my friends.    If you don't have a full length to link me to then don't send me the single.   I actually opted to watch the video for "Touch Me" rather than listen to the song via SoundCloud and as soon as I saw it I responded and asked for a link for the full length album.     This is how every situation should play out, but unfortunately it does not.

The song "Touch Me" is a slow and distorted song which should have you immediately falling in love with Dolores Haze as it is somewhere between L7 and TSOL.   I realize that it may go against everything I stand for in music but if this album was simply eight songs that sounded similar I still would have loved it and not complained about the songs sounding too much alike because this style just makes me want to listen to this single song on repeat forever it's that good.    Though as with other bands I've been listening to a lot of lately which have seemingly drawn me in with a single song, this is another one of those cases (see: Soft Lions, Mutiny Mutiny) where you could have really taken any of the songs from the album and presented it as the single and I'd feel just as strongly because each song on this album is that damn good.

One of the things I have to do that I don't like to do as a writer of music is compare bands to other bands when they don't really have strong comparisons but do have some slight pieces mixed in.     Dolores Haze for me has influences of Blondie, Delta Dart and The Runaways though I like to best describe it as melodic mayhem.    Trying to place their sound exactly though would be like trying to define a new color.   And I realize that people do come up with names for shades of red or blue or whatever and when you make those colors lighter or darker they bring out the colors like magenta or what have you, but I don't want to ever have to be the one to come up with such names.

Dolores Haze is a band where after listening to them you will say, yeah, they do kind of resemble this and that other artist but really they just sound like Dolores Haze to me now.   They can be chill, but they can also be full on energy.   They can have some positivity to their songs, but they can also come across like the type of women you wouldn't want to meet in a dark alley because they might knife you.   This is what I love about this music and it's just so easy to fall in love with when you're listening to one song or every song and I just wish every artist I listened to was this easy for me to say "I love this; this is awesome" and yet too many others (other artists which other writers will compare Dolores Haze with I bet even) are just not for me.    But, yes, Dolores Haze is among my favorites now and I'm trying to find out how to pay to download this one because they certainly deserve your money.