CD Review: Before the Flood "Hole in the Sky" 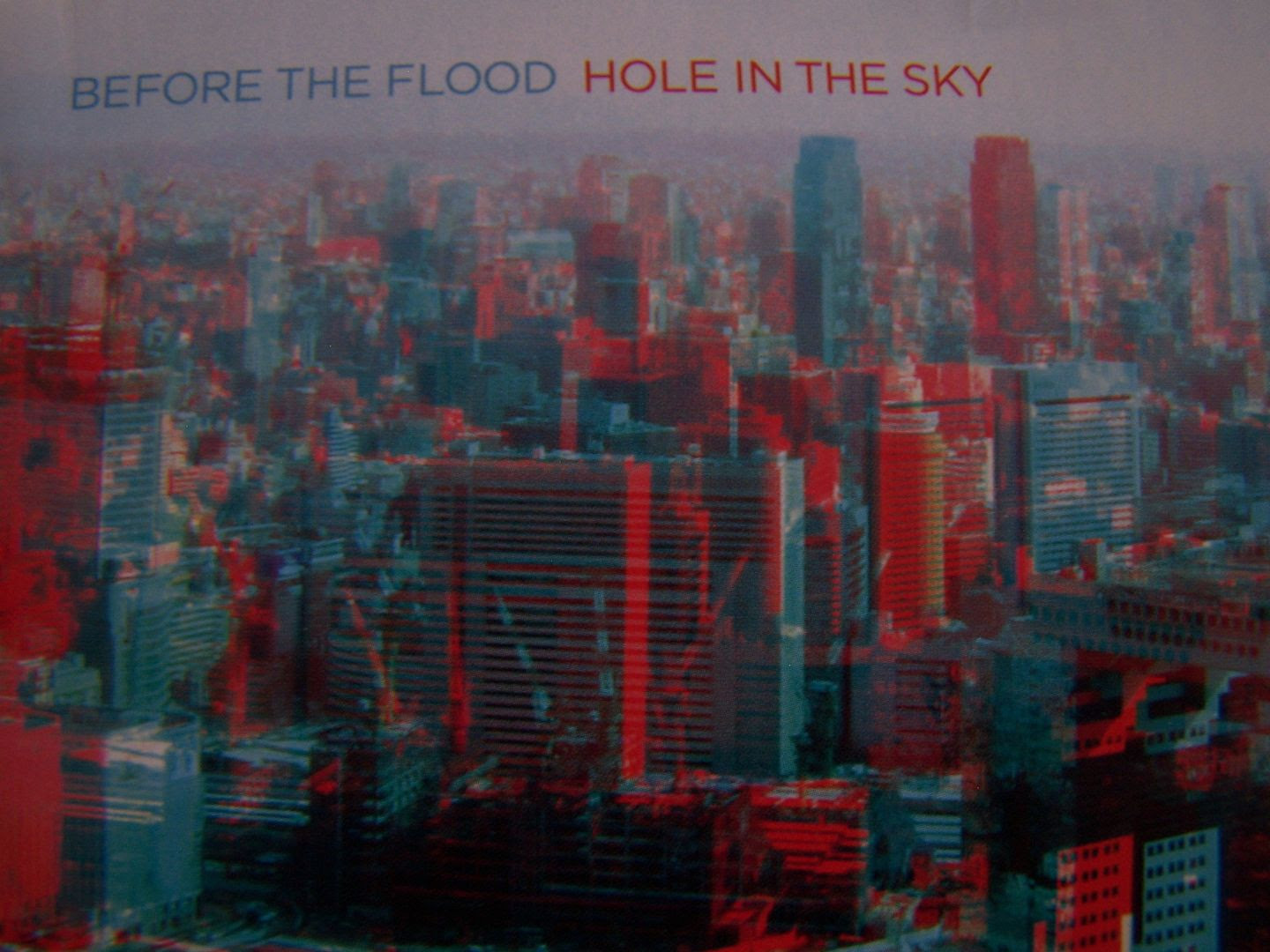 One of the things which instantly struck me about this album is that the CD packaging is in 3D and it comes with a pair of 3D glasses.   Though it is also released digitally on iTunes I feel as if the fact that the CD is in 3D furthers my belief that physical music is here to stay.   I want something that I can hold onto and that feels more important because of that rather than a playlist I download and then either forget about or delete when its time is up.     Music should have a more permanent feel in your life and this is one of the best ways I've seen so far to help someone want to hold onto a CD.

The music of Before the Flood is not easy to pin down, though if in need of an easy, maybe even lazy genre to pin them in you could call them "country rock" or "alt country", you know, something along those lines.    It's not on the folk side of things like Mumford & Sons and Of Monsters and Men though.   It's somewhere between the most acoustic ballads of Soul Asylum (and their albums "Grave Dancers Union" and "Let Your Dim Light Shine") and a band like Cracker, if anyone actually remembers them other than just their one song (I've seen Cracker live and it's quite the experience)

Elements of Neil Young can be found as well as those underlying melodies of the Barenaked Ladies, the party style of Andrew WK and some form of Elton John.   On one song there are female backing vocals and it kind of reminds me of Straylight Run, while at other times it can easily just remind me of The Break or verge onto the FNL side of things.    To throw out names of bands from ten or more years ago that people might have never heard of, it does in a lot of ways also remind me of The Sad Riders (Google them if you've never heard of them before)

Through this music- which is country enough to please the fans of country and not country enough to still appeal to those who wish they'd never heard of Brad Paisley- there are these lyrics which need addressing.    They have this singer/songwriter quality to them because of how much words are put into each song but also how each song becomes like a chapter of a book and the overall album is the novel.   I remember VH1 used to have a show called "Storytellers" and artists would come on, say a little bit about one of their songs and then proceed to play that song.   I haven't watch VH1 since Scott Weiland fronted The Doors on there, but these lyrics do remind me of that only with the songs themselves telling the stories.

For all of the lyrics- which will take you some time to truly digest along with the music- my favorite line still has to be: "You said you'd come back again / But you never said when" from "Once Before I Die".    It seems so simple but you can really think about it in any number of ways: if you're religious it could refer to Jesus, it could refer to an ex-girlfriend you might be stuck on or it could even refer to someone such as a father in a broken family.   Really, it can refer to almost anything and anyone but for me, it's always going to make me think of music and a musician who told me that they'd be back some day after their band broke up though I'm still waiting, Trent.  (No, not Reznor)

When you combine all of this about the music with all of this about the lyrics you just get one solid album from start to finish.   And if you're looking for a quick fix- something you're going to listen to and completely understand and sing along with the first time through- then this is not for you.   This isn't a playlist you'll erase from your iPod Nano a few months after you first hear it because when you begin to think of the time and effort put into listening to these songs and appreciating them they will likely stay with you forever. 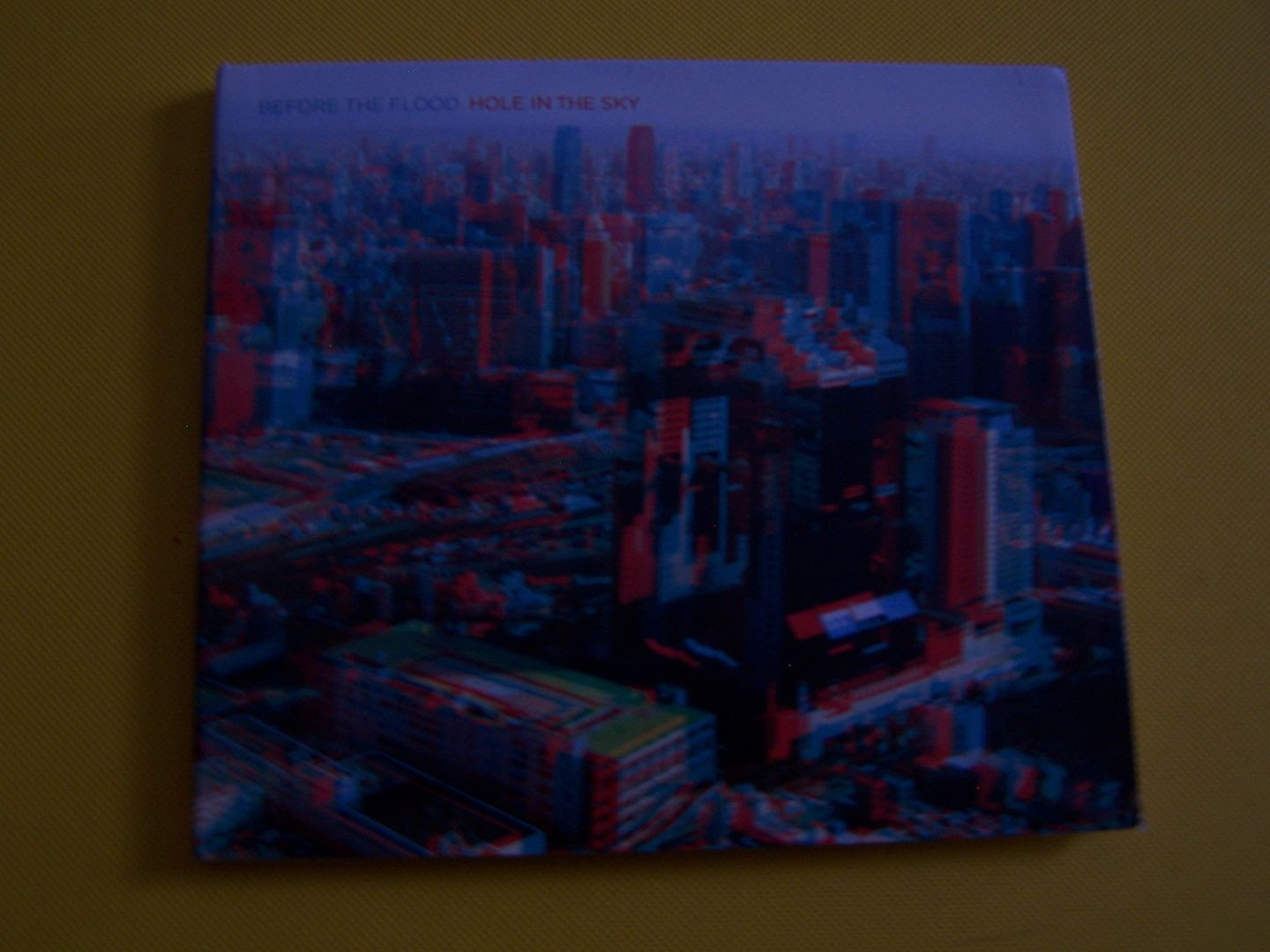 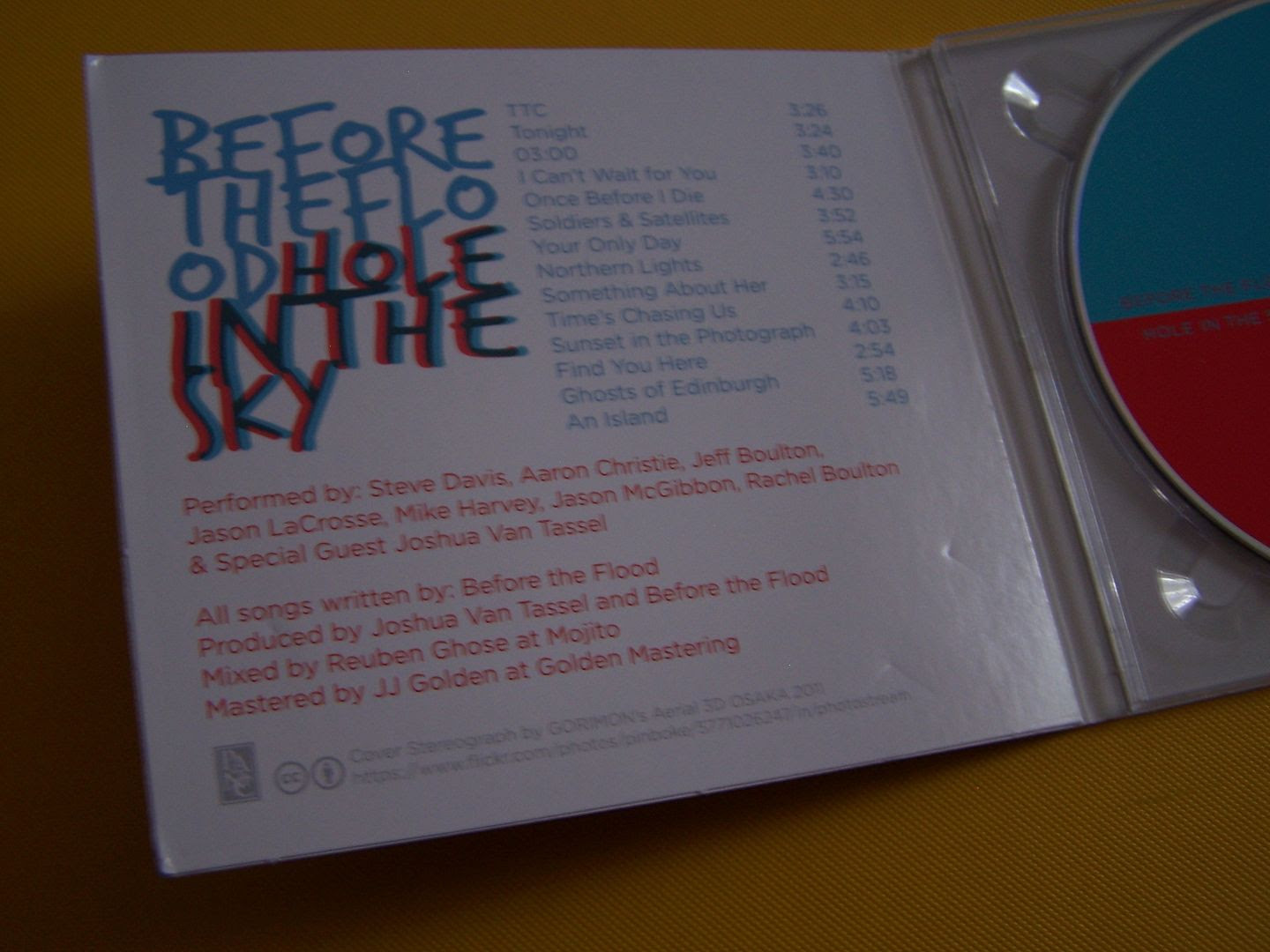 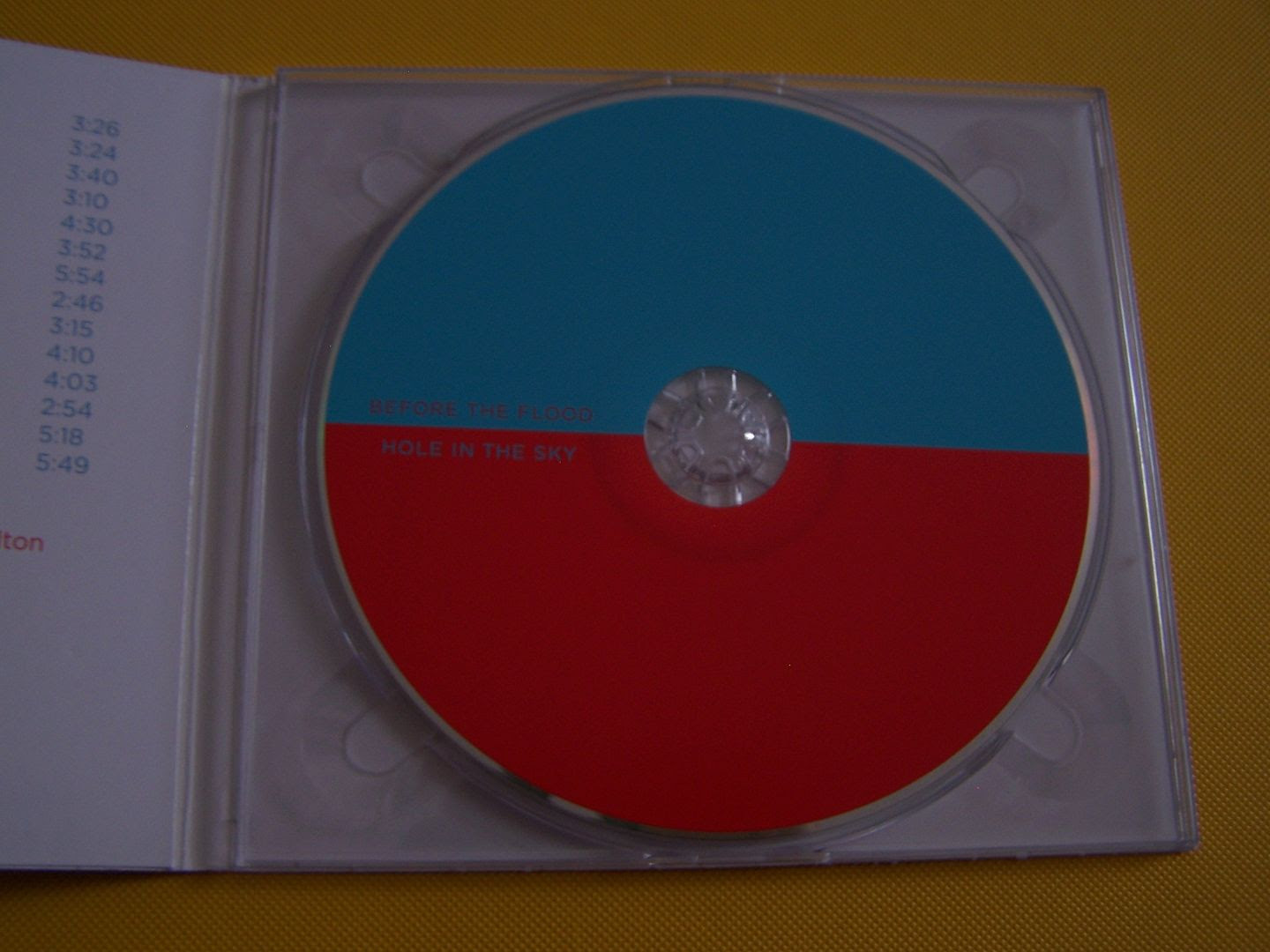 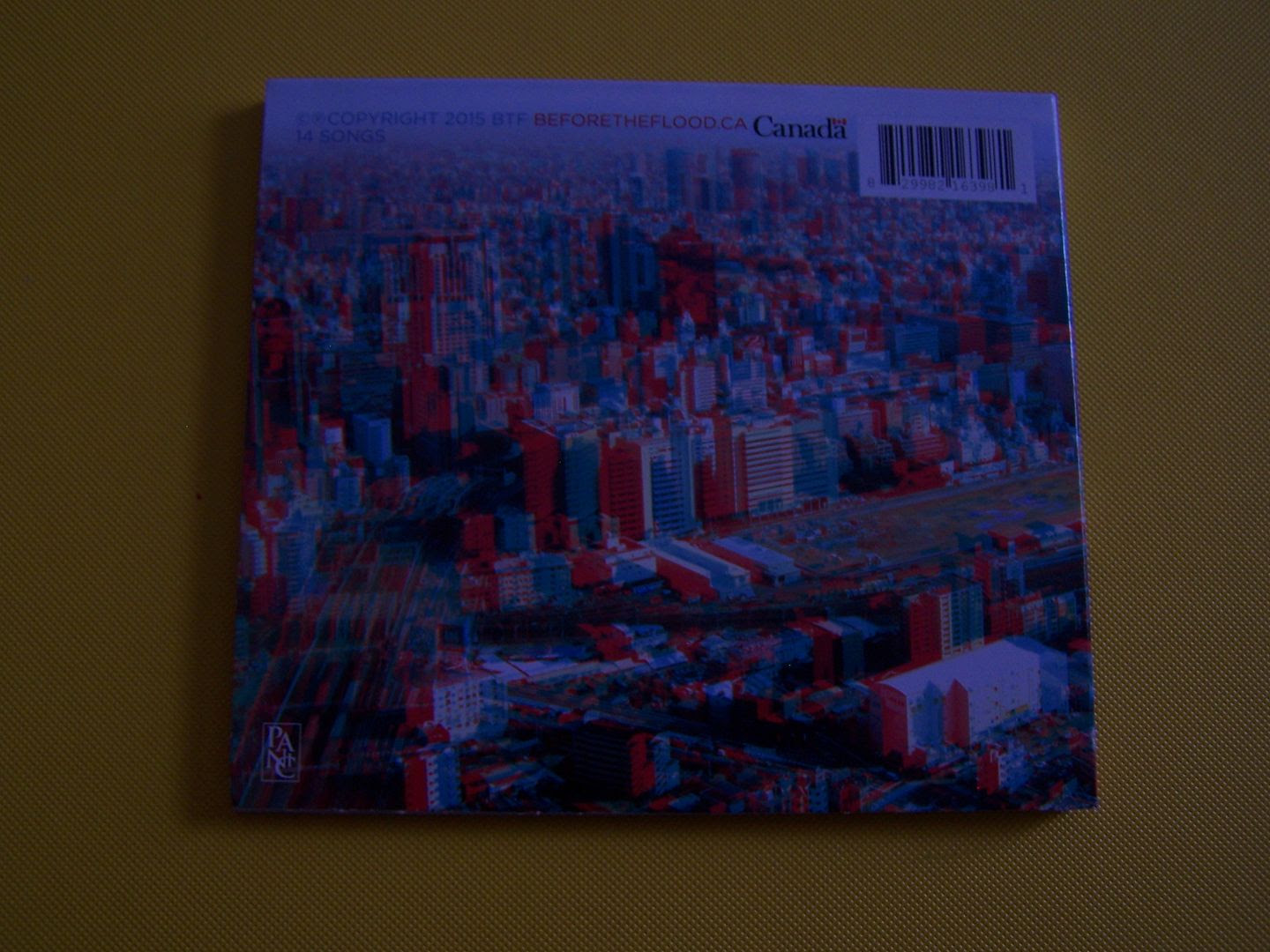 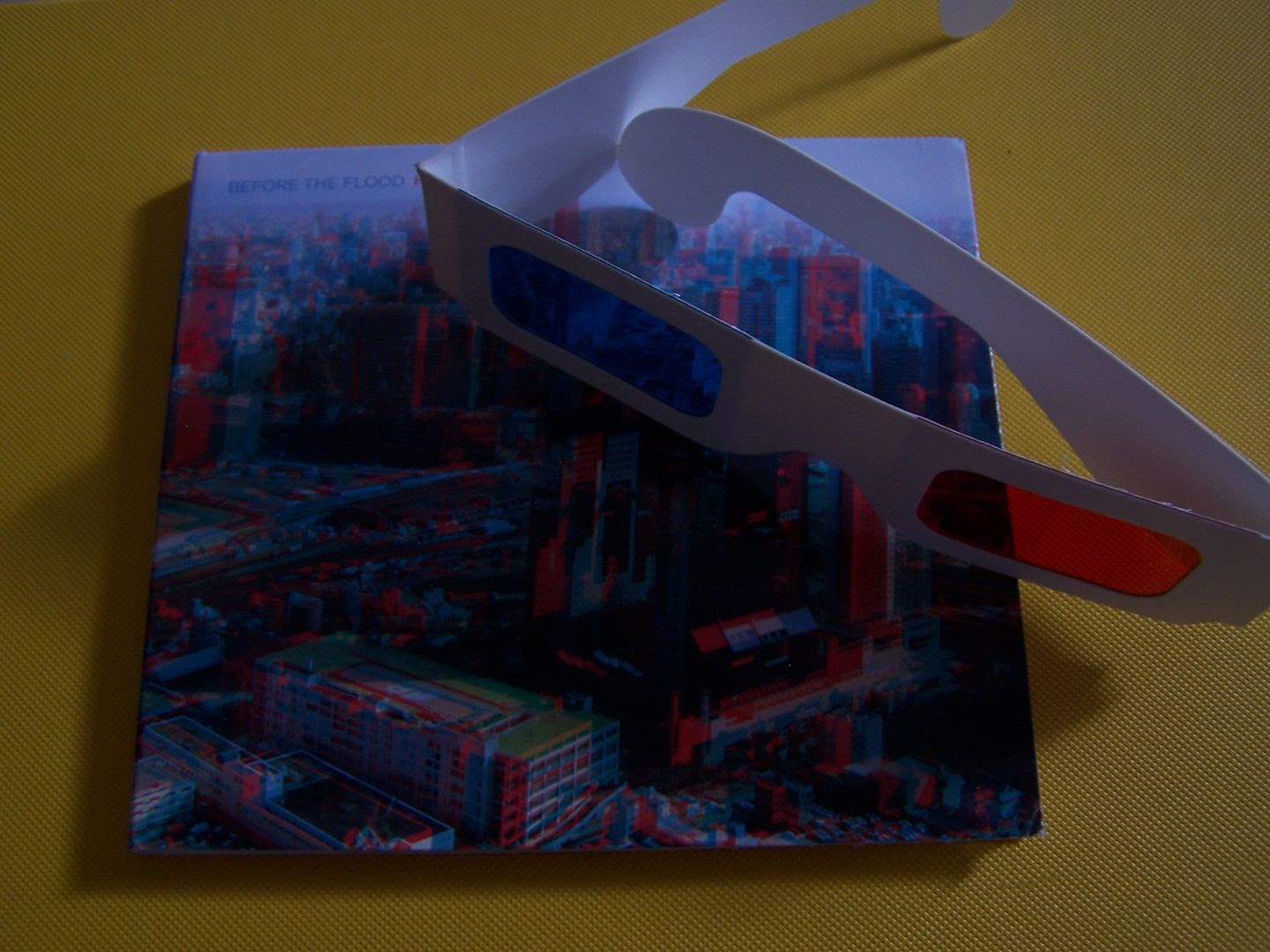