If you look at the word Spiricom the first thing I see looks like the word "Spirit" and then I either think it's like a website domain (spirit.com) or it's some kind of convention for spirits such as Comic Con, though it is com and not con.   While I fully realize- as the non-heavy drinker- that spirits are a type of alcohol and there are probably both websites and conventions dedicated to them this artist perhaps doesn't really relate to that type of spirit as much as the one that can be thought of as a ghost.   Then again, it is "spiri" and not "spirit" anyway, so who knows.   See the name how you want to, I guess.

This music is definitely ambient.   There is some crackling static and then drum beats.   It's sort of instrumental hip hop and then there are whooshes as well.   Hollow skips come out within the rhythm and it begins to take on the general pace and tone of "Alias" as the video game.   By the end of Side A though it has built itself up from almost nothing into something more serious and intense and now it comes down to end in an eerie and hollow manner.   It was as if we were blowing up a balloon, on the verge of it popping and now the air has all been slowly let out, which is actually quite cool.

The flip side opens up by taking us on a space odyssey.   It's static whooshes and beats.  Some distortion comes into play and then there is also that sound of one trying to plug into an amp which I'm sure needs a better name than my continually calling it that.    What sound like church bells come out briefly and then we turn over to laser beat swirls.    In some ways this becomes a trippy version of a Hitchcock movie score and yet at the same time the beats remain melodic and, no, I'm not sure myself even how beats can possess such melody.   Heavy breathing takes us into guitar notes which sound like "Paint It Black" as the beats slowly fade into the void but return for the grand finale as the triumphant synths also take us home.

Every time I feel like I've been listening to a lot of a certain genre (And for me that can even be just more than one of the same type of general sound in a row-- so, for instance, two electronic cassettes) I somehow don't find myself comparing the artists in the way of "Oh, this one is better than that one because of this", but instead I just find myself enjoying the music because it has these differences and what makes them different is not what makes them better or worse but what makes them special.    Spiricom is the embodiment of that notion and I think you will hear it most of all within these songs. 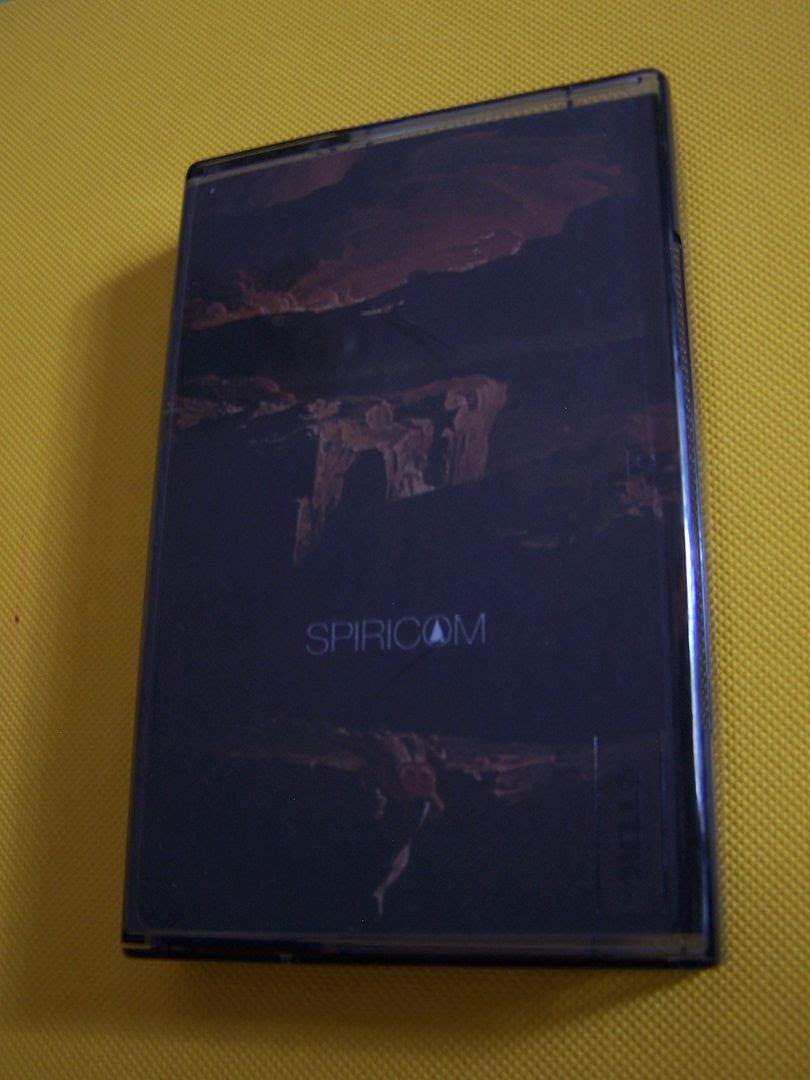 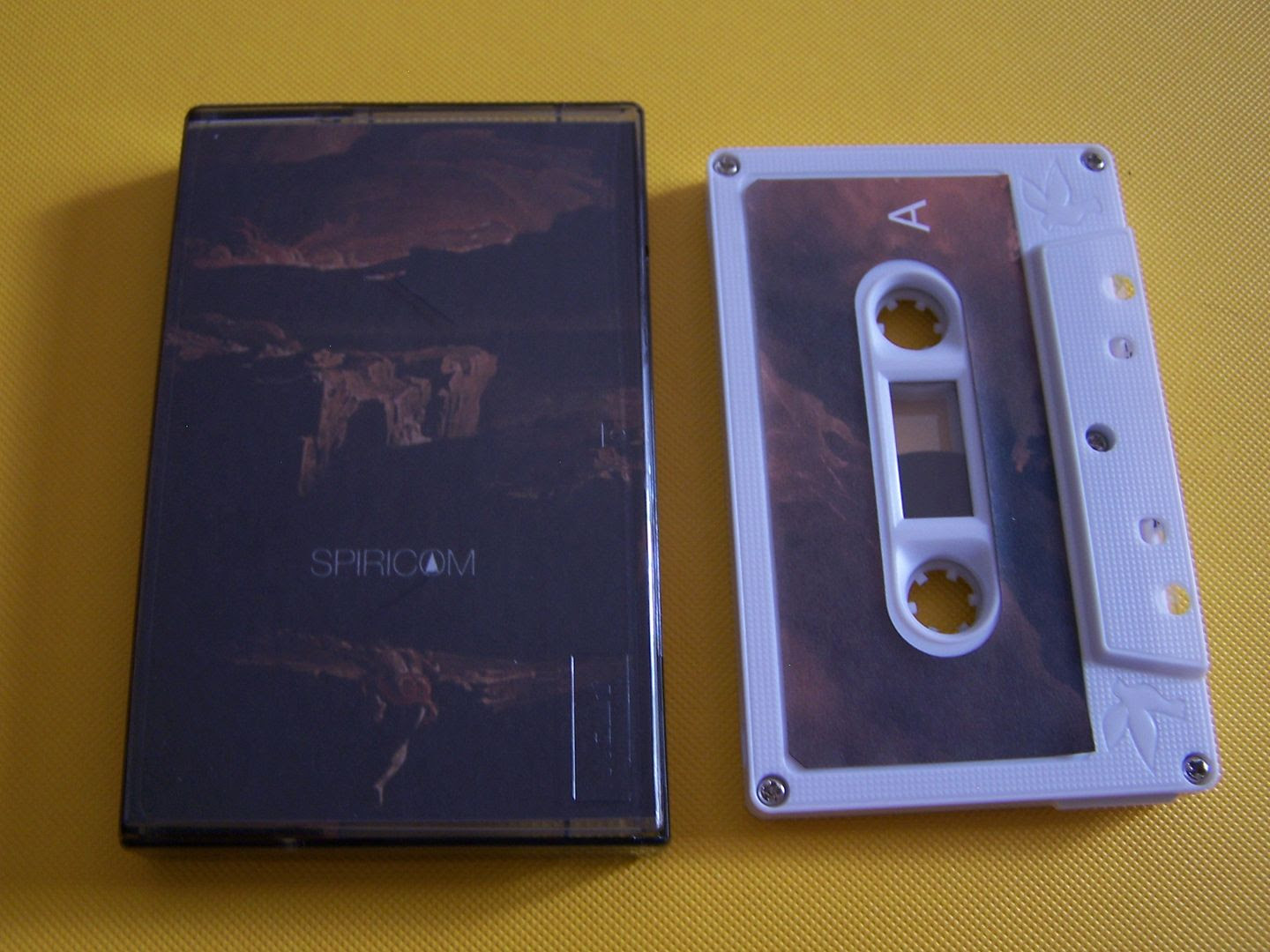 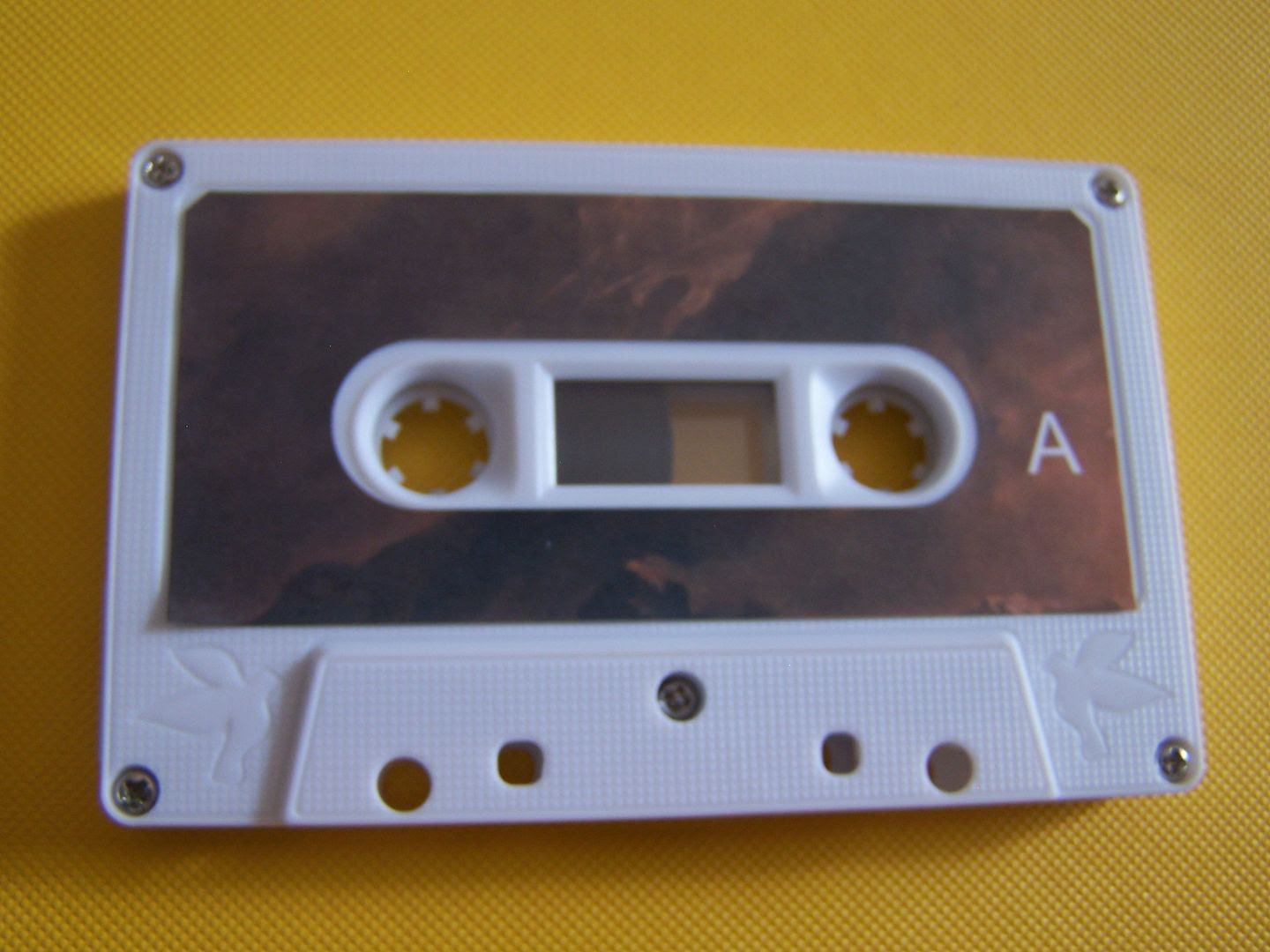 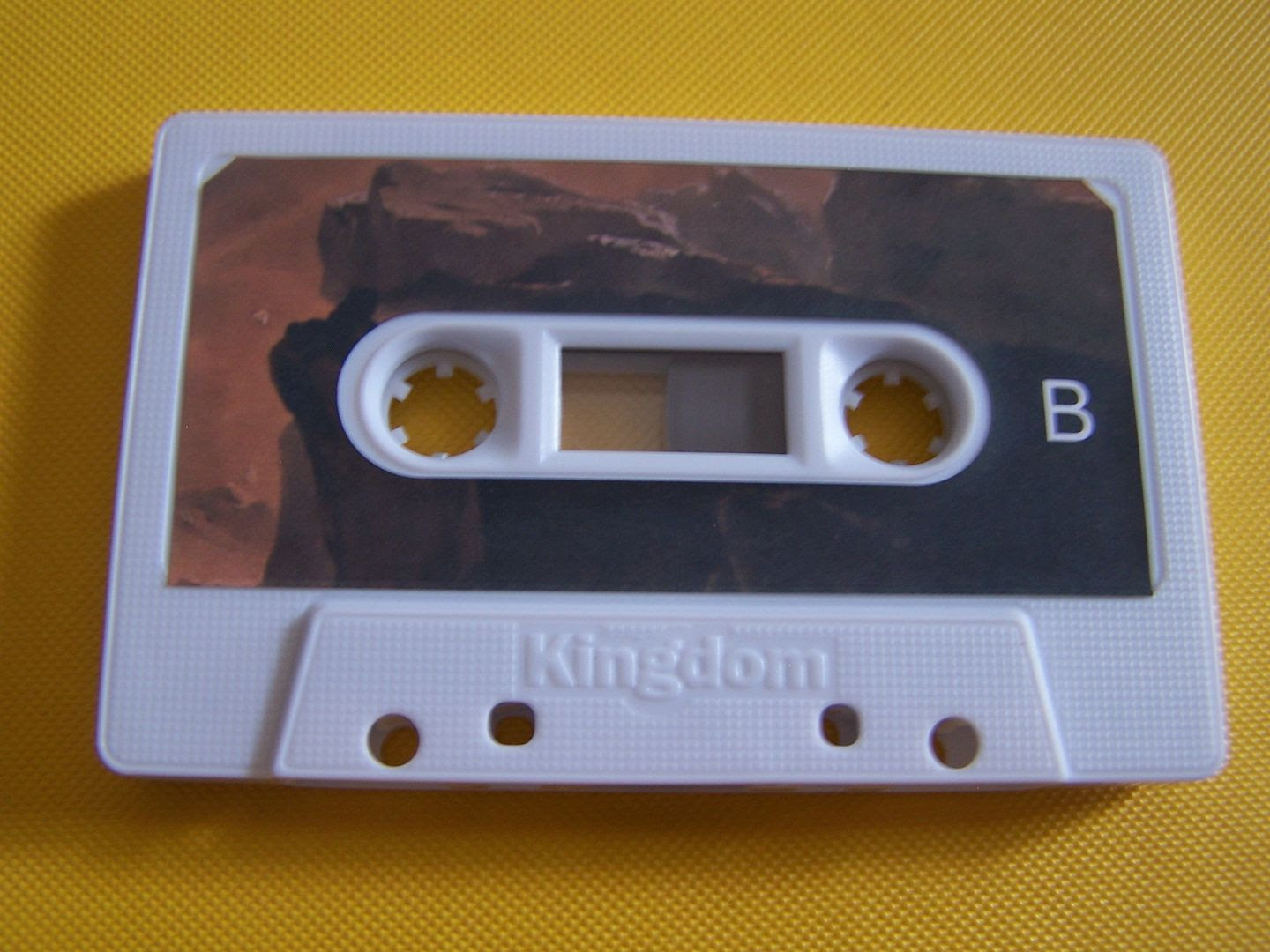 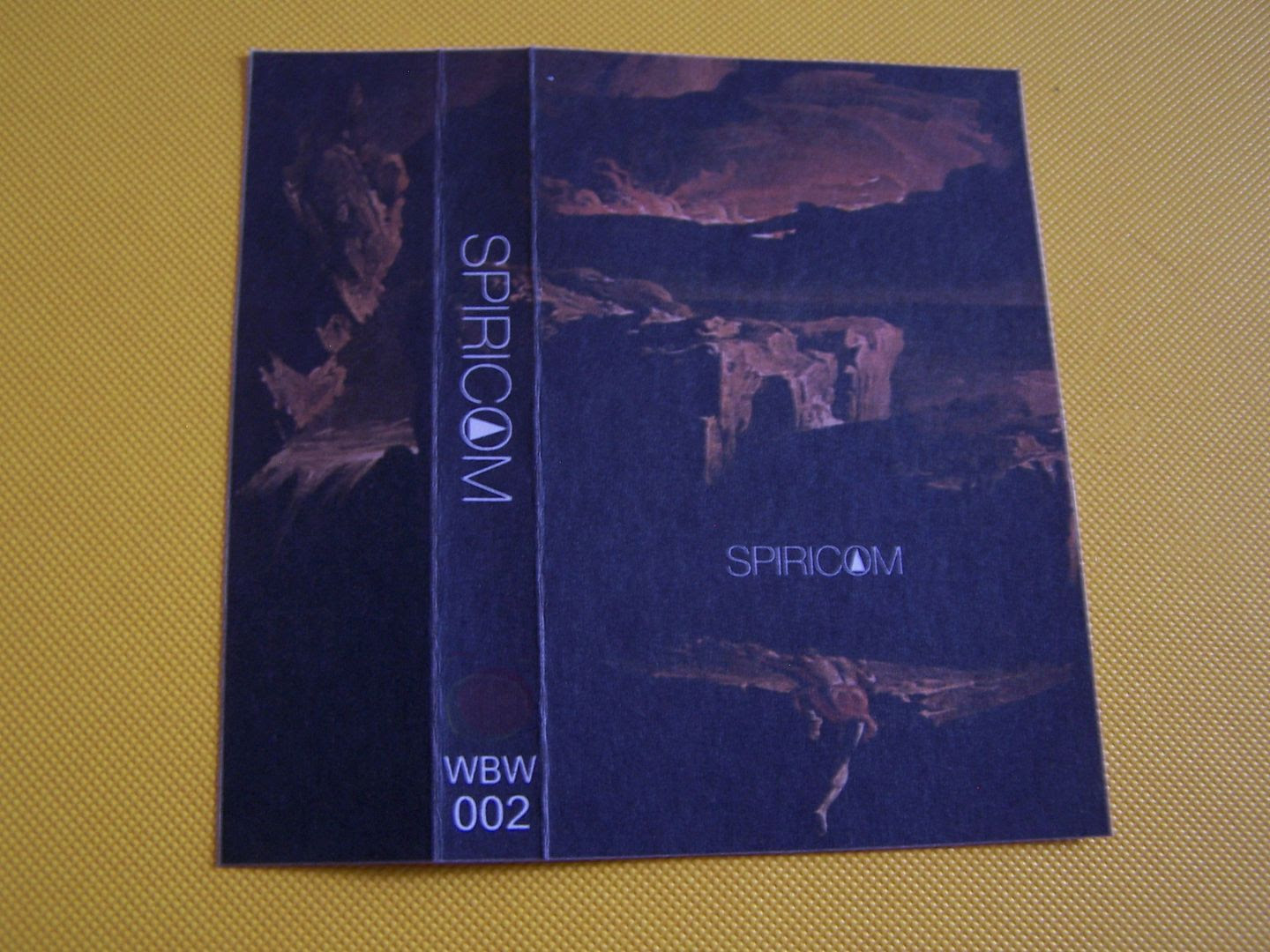 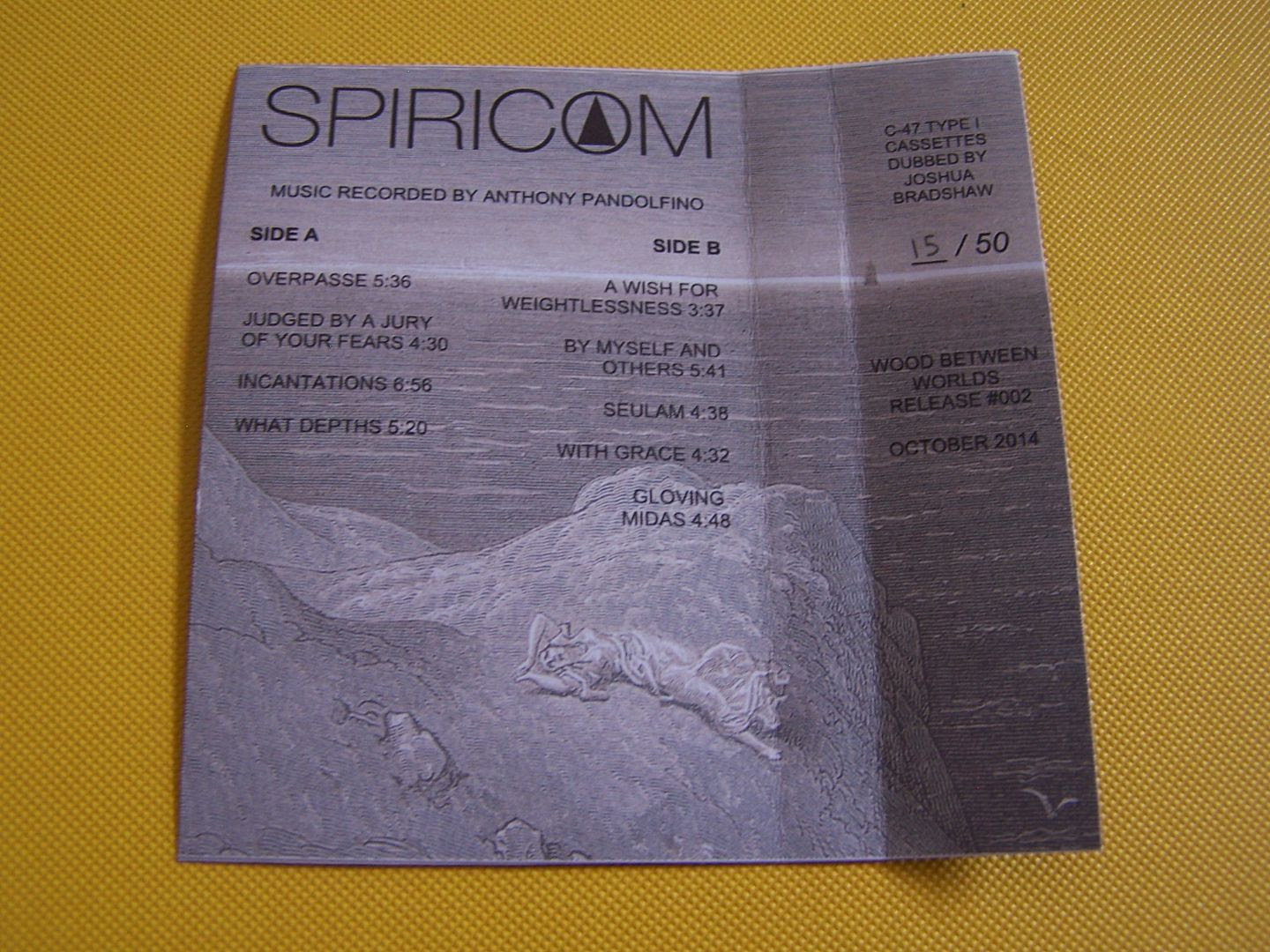 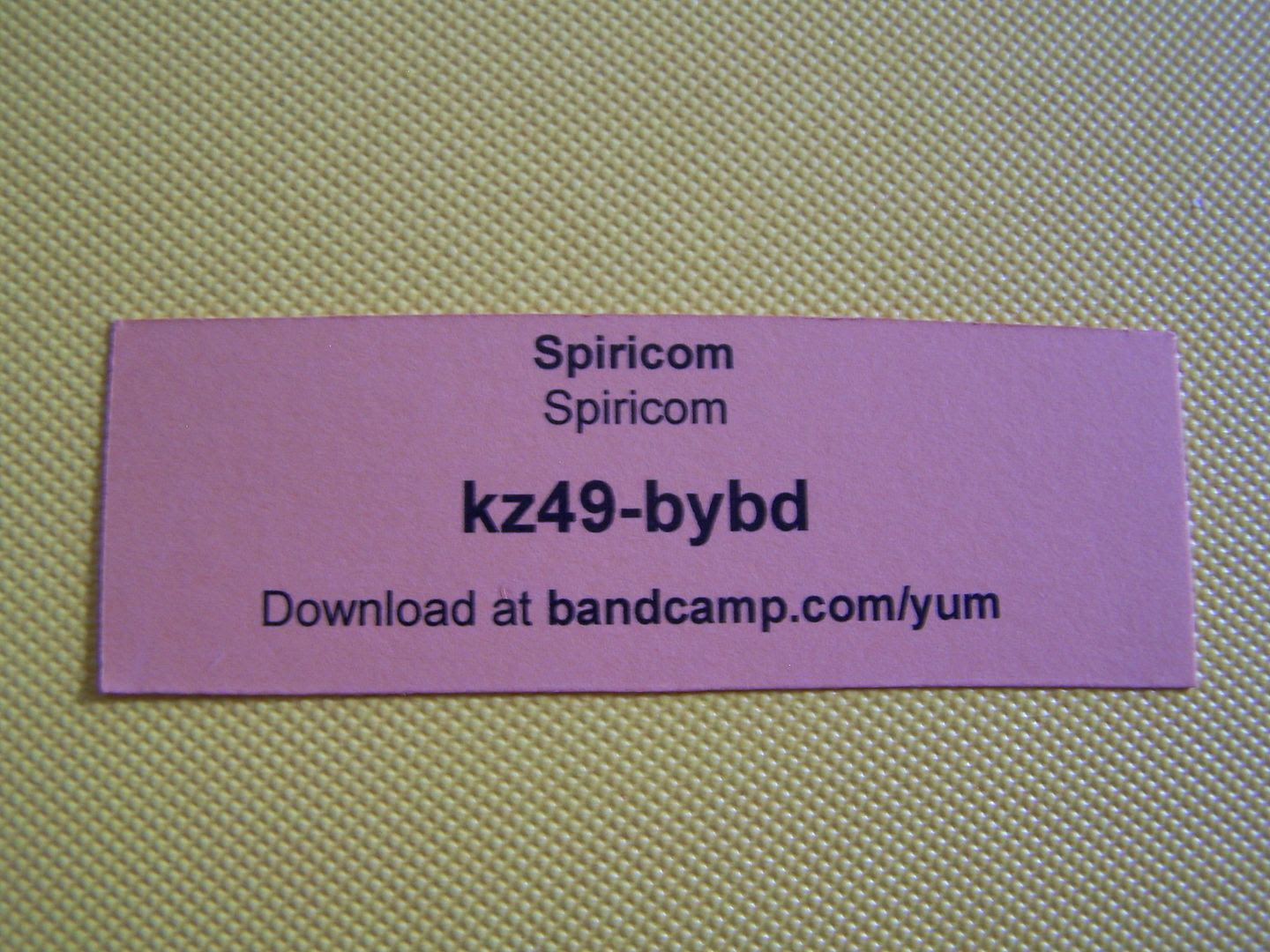