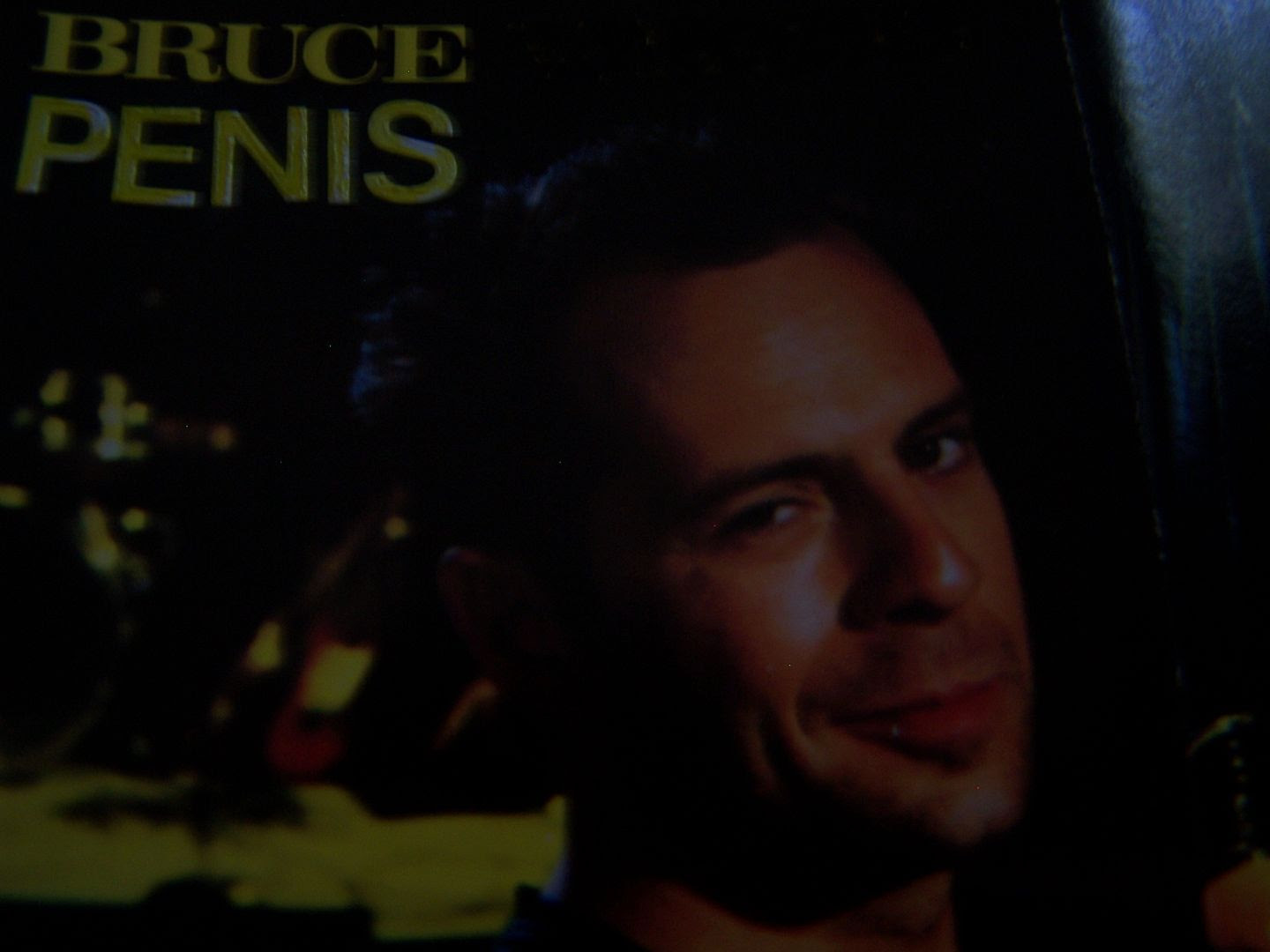 "I'm Worried About Brendan" has become one of those mysterious cassettes that I like so much.   Having a standard cassette with the title and artist name on it is one thing, but this cassette is actually a recycled version of an old Bruce Willis cassette which has "Bruce Penis" written all over it instead.    Nowhere on this cassette or j-card itself though does the title of "I'm Worried About Brendan" or the artist name- p. zorito- appear.    As I am accustomed to getting a number of cassettes in the mail at one time and then the process of reviewing them (I try to begin to review something the week after I get it if I can, but right now things have been extra busy) I usually have some kind of marking to know what the cassette is and this time I could only come up with "Bruce Penis".   Luckily, I wrote down the return address name as well and was able to connect the two solely based upon that.

Aside from the fact that this cassette reminds us that "Die Hard" had a musical career (He still might, but I'm afraid writing about it too much might bring about ideas of him doing some sort of tour with Eddie Murphy) it also has some interesting sounds on it.    To start we have static in an old time radio type of way which brings about this melodic march.   This casually drifts us into somewhere between Nine Inch Nails' "March of the Pigs" and static drone.   Little waves can be heard as the music gently flows and there is also some audio manipulation in the singing and it only occurs to me after several listens through that it might in fact be the voice of Bruce Willis which is taking its turn through the gears.     From being mellow and quiet to growing into hollow tones which bring out reminders of the "Halloween" theme this covers a lot of emotions in a short period of time.

Guitar screeches make an appearance before the end of Side A and they carry through to have me feeling more like a lot of this is being made by an electric guitar or at least with something which is designed to resemble one.   It has become mechanical in a way, the pattern begins to form in the way you might think of an engine working along to the rhythm of it all.    This carries over into Side B- with the guitar- and at first space lasers can be heard and then it turns into these sadder tones which are brought out with frequency manipulation.   It reminds me of the soundtrack to a silent film where the music is being played through a phonograph and yet somehow the knobs on it are being turned up and down, left and right, and just bringing about a bit of warping to the otherwise steady flow.


As we quiet down into some static again waves come through almost as beeping and it has a certain element of sci-fi to it now more than the horror movie feel I was sensing on Side A.    I'm not sure how much of this is actually planned out in the sense that it is simply being dubbed over the original cassette and how much of it is taking the sounds found on that cassette and using them to the artist's own advantage, but I think the idea that it could be either of those two things really at any given time just adds to that overall mystery of it and thus makes it that much more appealing.   I really don't like knowing how music is made as much as I possibly can and so to think this might all just be one Bruce Willis song twisted and turned or nothing at all to do with those songs makes me love it that much more. 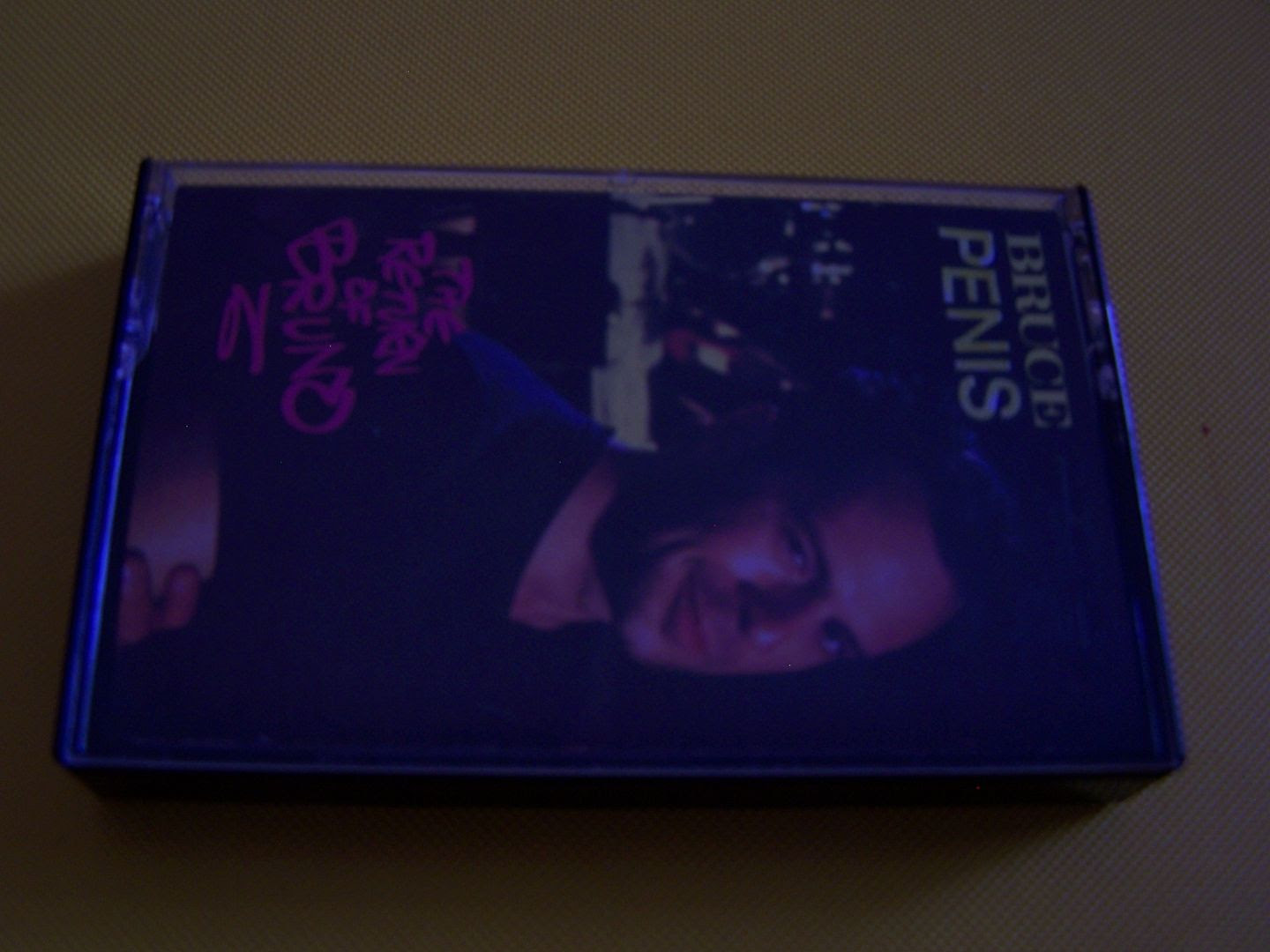 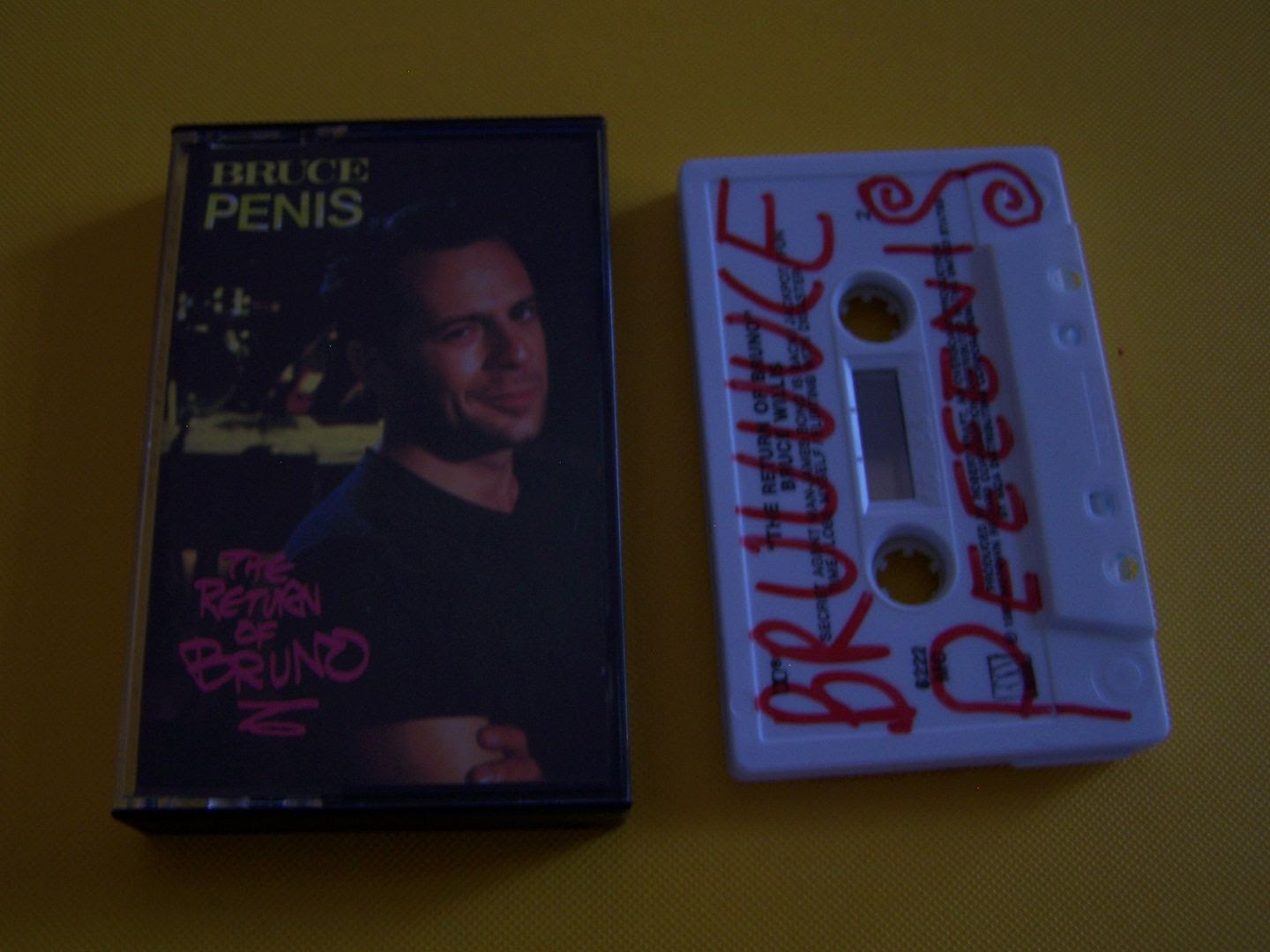 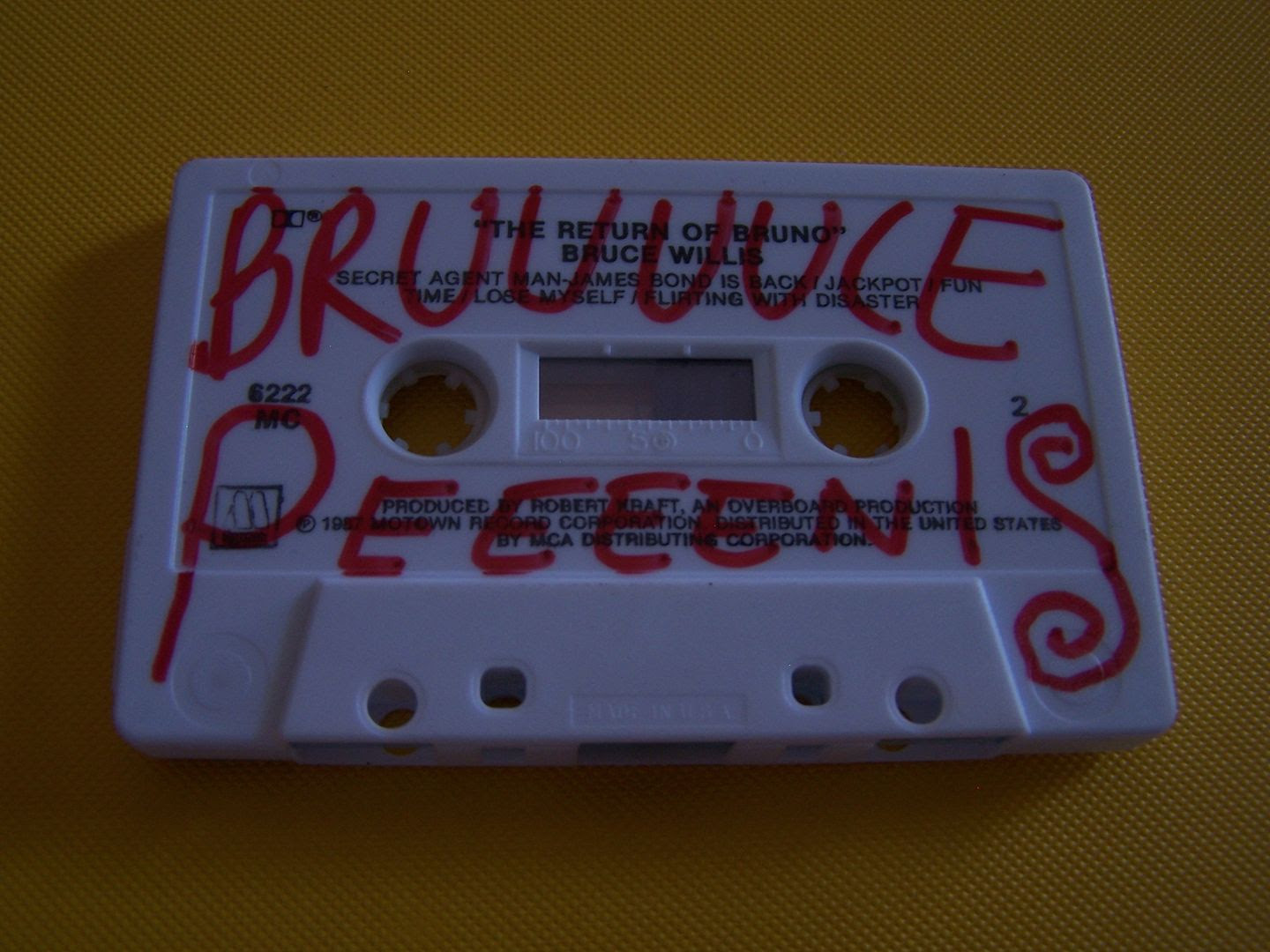 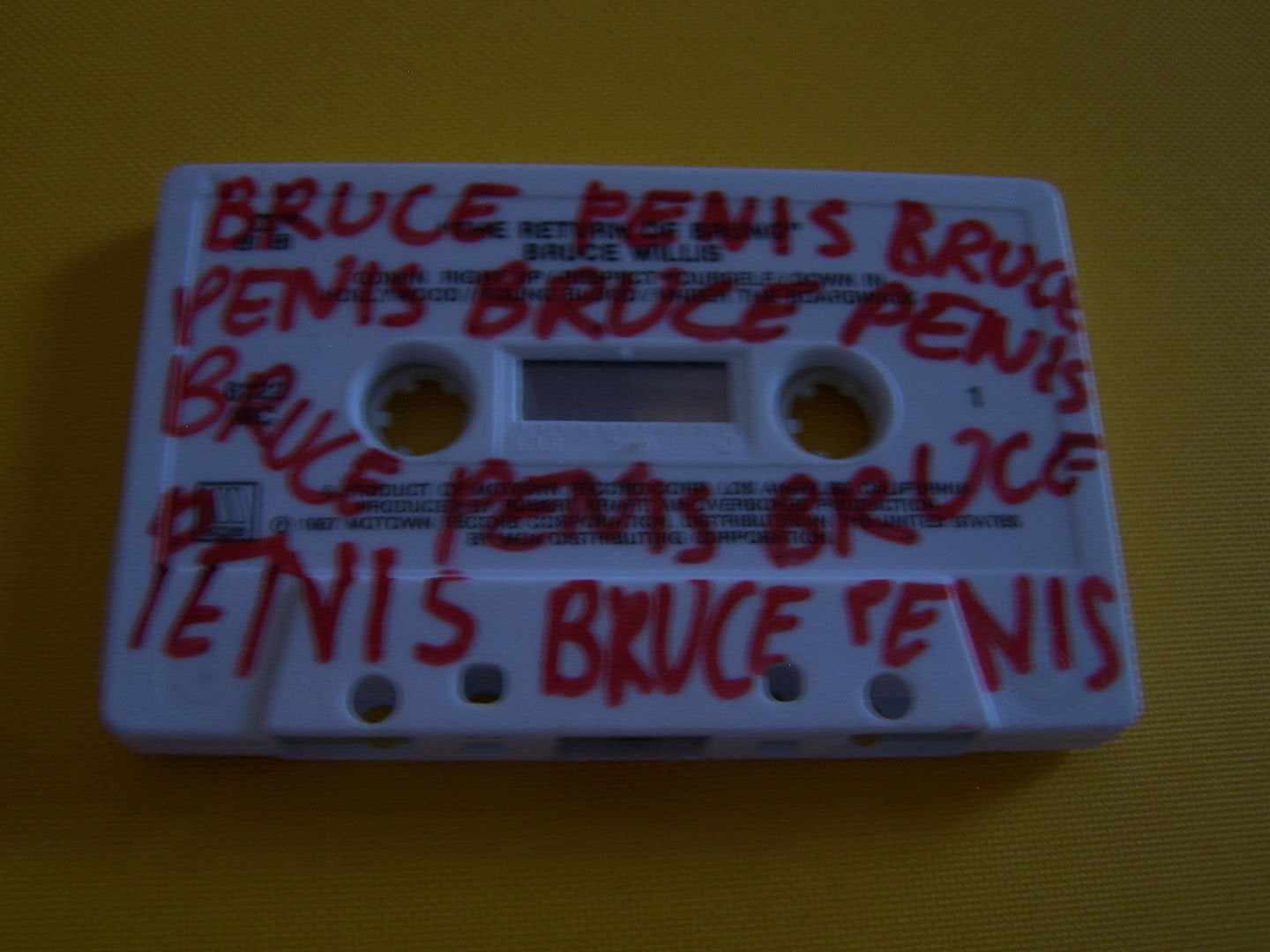 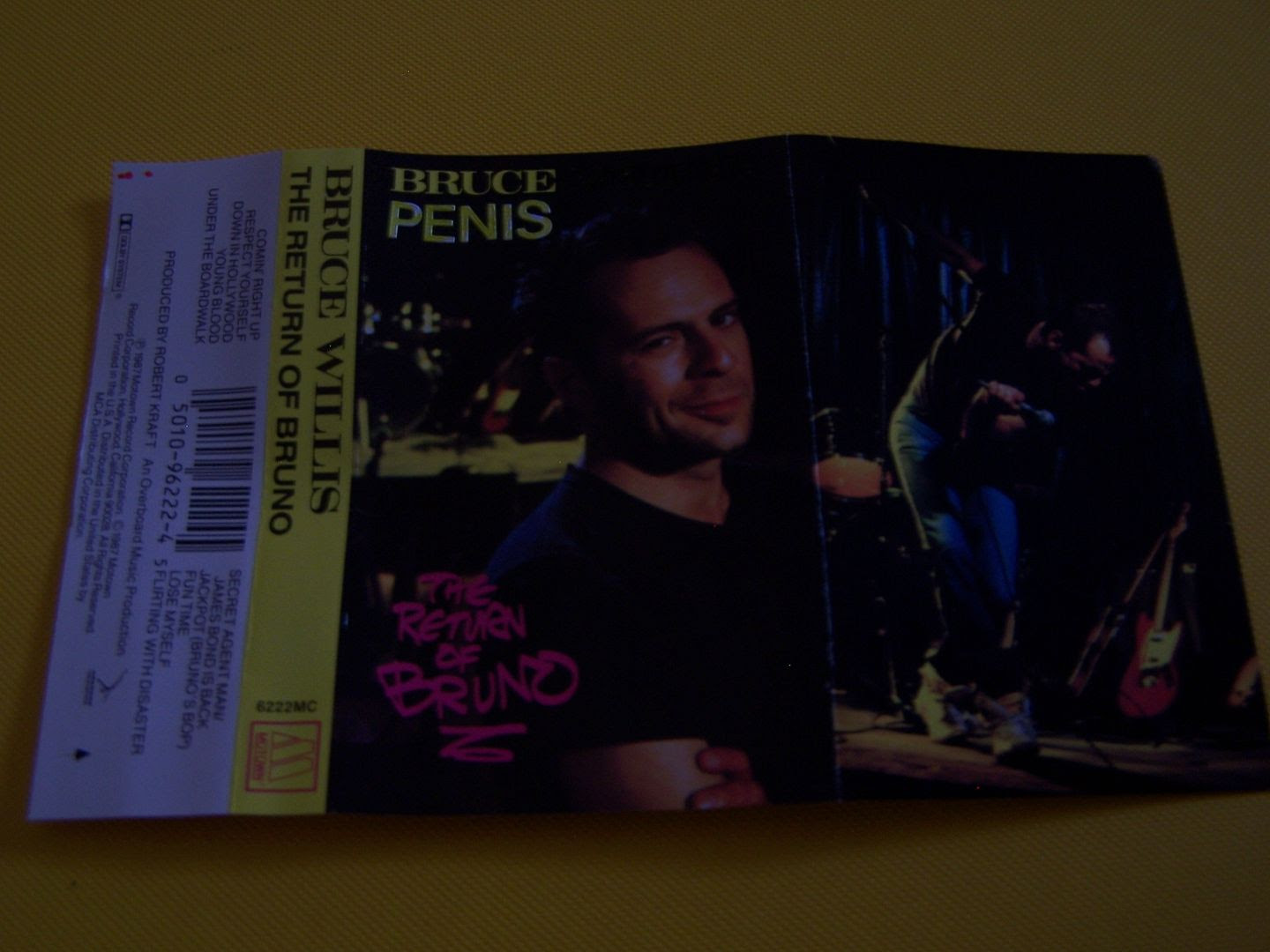 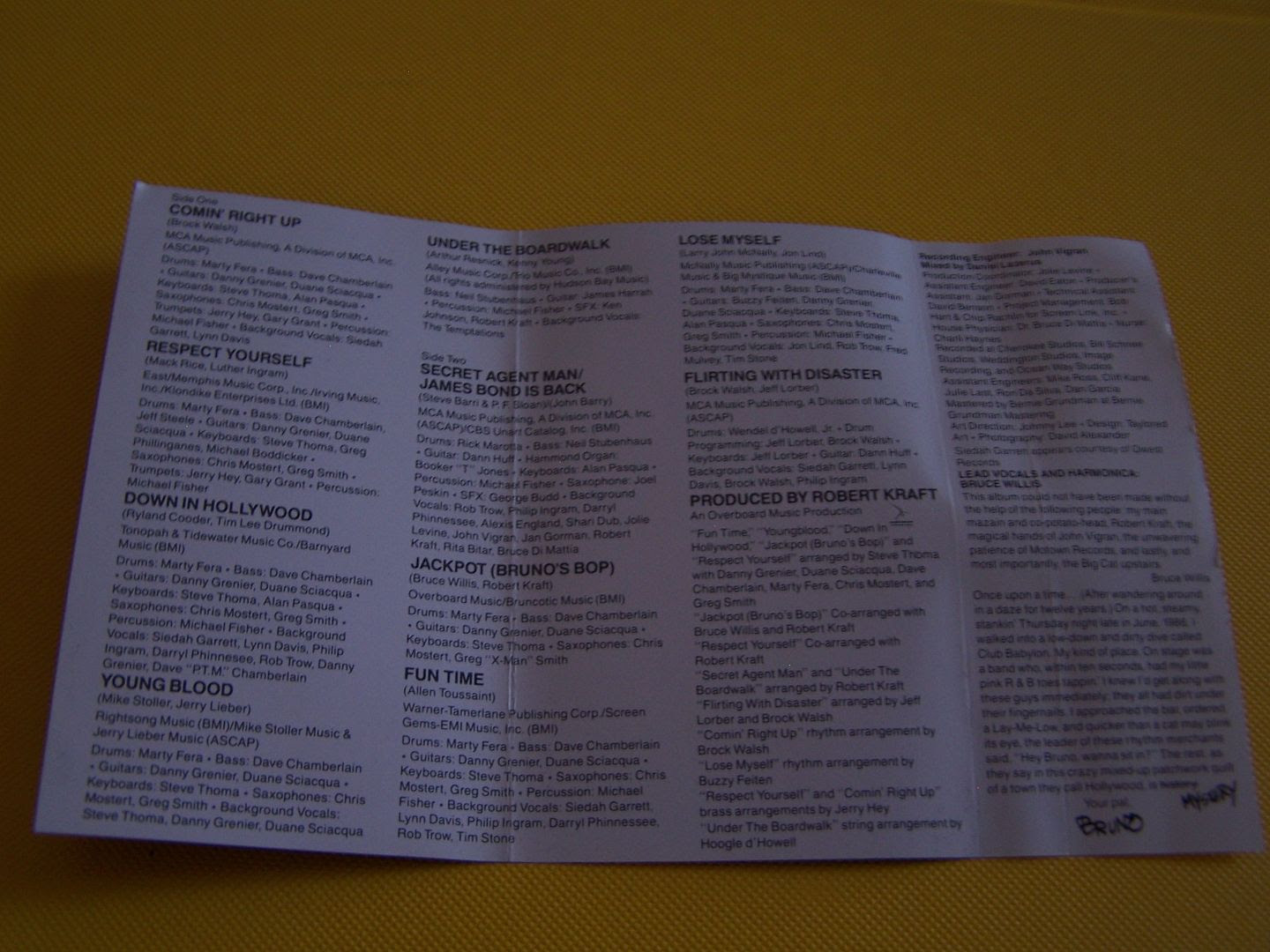