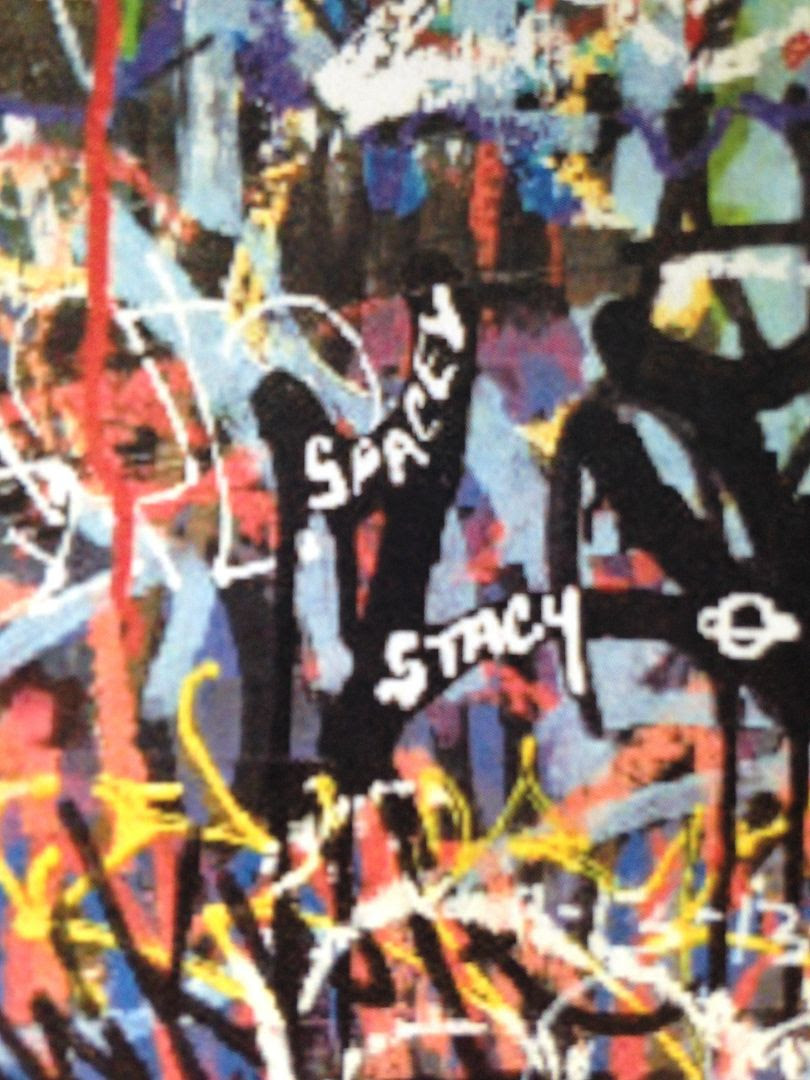 After their first cassette- "Welcome to our Family"- you should feel much at home with Eggs on Mars.    You know what's funny to me, though, as someone living in 2015 and after growing up in both the 1980's and 1990's is that I don't really look forward to new music releases the way that I once did.    I remember record companies would take months and plan out new releases so far in advance that you'd be so stoked when that new Pearl Jam album finally dropped (Until you realized it was everything after "Vitalogy", which I didn't like those albums as much back then but appreciate them now) and now there really isn't a lot of anticipation.   It's just, hey, here's my new music.   And it's not just Eggs on Mars- it's everyone.   Sure, maybe Taylor Swift has release dates like that but I don't pay much attention there.   But I also feel like it's okay because I'm older now so that child-like wonderment has been removed from me and I want instant gratification (which is also a sign of the times)  I don't want someone to tell me "I'm going to let you listen to my new songs in three months"; I want to hear those songs right meow.

Aside from the fact that there is no longer anything to look forward to because everything these days just seems to happen like *bam* and I've come to accept that because it just works better for me in my impatient/fast-paced rock n roll lifestyle, this is the second cassette from Eggs on Mars and it's about someone named Stacy who happens to be spacey.   Would it have worked as well if her name was Gwen?  We might never know.    Through lo-fi psych with hints of pop come songs that also can border on surf.    In the melodies I somehow hear Red Hot Chili Peppers which might quite possibly be the best thing I've ever written about RHCP because I'm sure their music isn't as bad when you take away the monotone voice that sounds the same on every freaking song.     At one point I hear Eggs on Mars as a cross between ska and Buddy Holly and, yes, you do have to hear that for yourself to believe it but it is glorious.

I want to call this glossy but I'm not sure how that will read to someone who isn't listening to it though when you listen to it chances are it might make more sense.   There is this strong element of that "867-5309" song though that might not be the title because the actual title might have Jenny in it and I'm not sure who it's by because I've listened to more covers of it than the original itself.    I hear some Neil Young at times as well and then it kicks into screaming so it kind of takes that nice turn where you think you're finding yourself in some sort of comfort zone and almost growing complacent and they are quick to rip you right out of it.   For the record: that is EXACTLY what music should do because if you ever grow too comfortable with something on the first listen then by the tenth listen (if you make it that far) you will grow bored.

There is a more solemn tone to kick off the flip side where it has this almost crooner style to it.    The harmonies are in the lyrics and long guitar riffs can turn this into a jam band style of music but I've never really listened to an actual jam band before because I've never actually done hardcore drugs either.   So if this doesn't exactly like what you would consider to be a jam band don't hold it against me because I've got no experience there and it is going to stay that way.   And I am also glad it doesn't sound exactly like a jam band either but rather just what I think of one as sounding like.    Through elements of "Here Comes The Sun" we ultimately end with a sample of "My Girl" but the original and not a cover I believe so it sort of throws me off and makes me think this cassette was dubbed over but I'm pretty sure it wasn't.

One of the most difficult things about writing a review for a release which comes after the first (when you like them both) is that you could simply type "If you liked their first cassette, you will like this one as well", but most reviews should be longer than that.   Thankfully, Eggs on Mars mixes it up a bit compared with their first cassette and provides enough excitement within their music for me to have something to write about without actually giving away too much of the cassette and yet still assuring you that you will like it.   Also, if you for whatever reason have not heard "Welcome to our Family" yet this should be your chance to listen to both cassettes because otherwise you're just going to keep digging yourself into a deeper hole of music you haven't heard as I expect Eggs on Mars to keep releasing solid cassettes which you should be in on right now.   How many other artists can say they make the RHCP look good?  I don't think anyone else can ever say that. 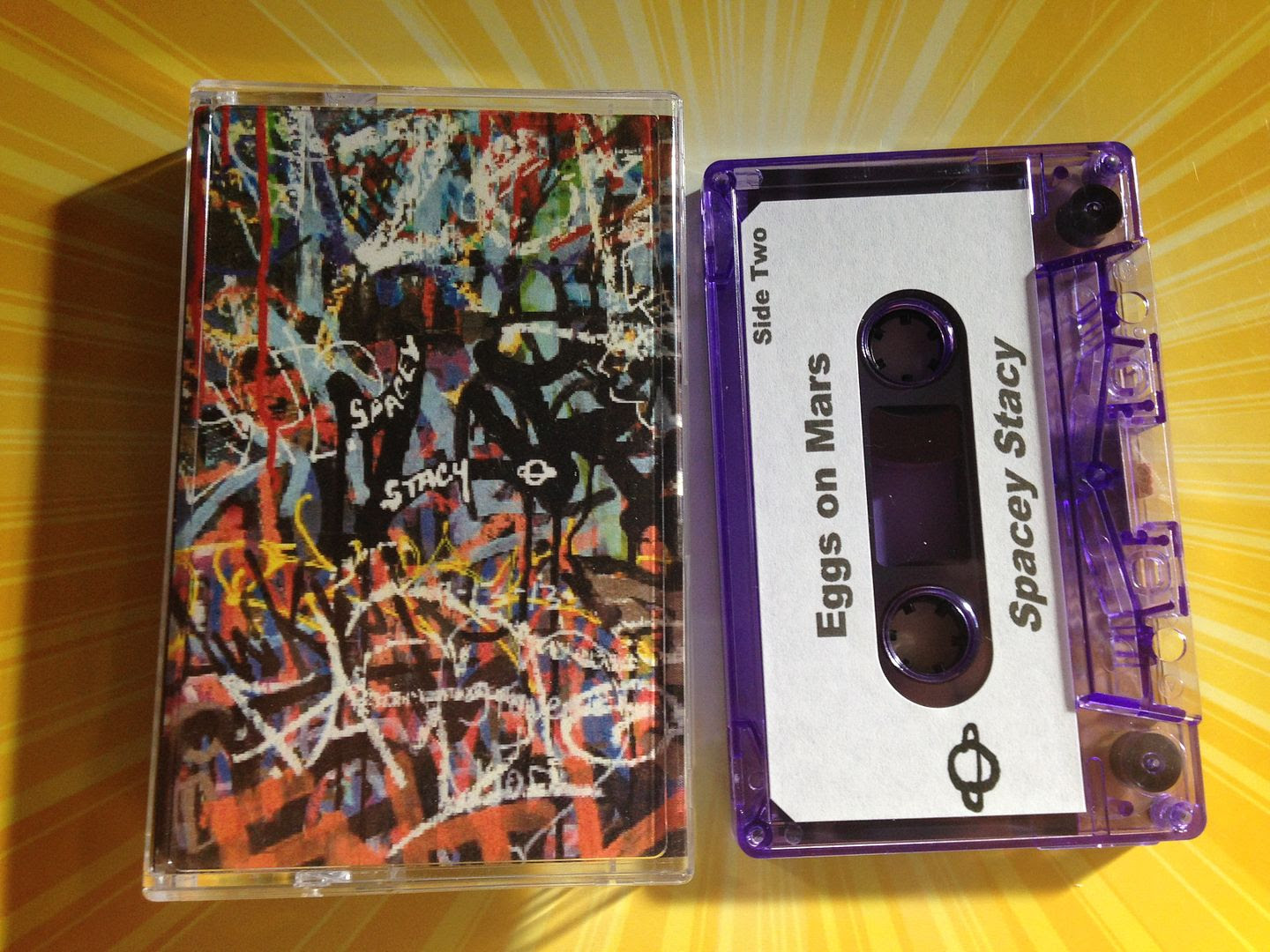 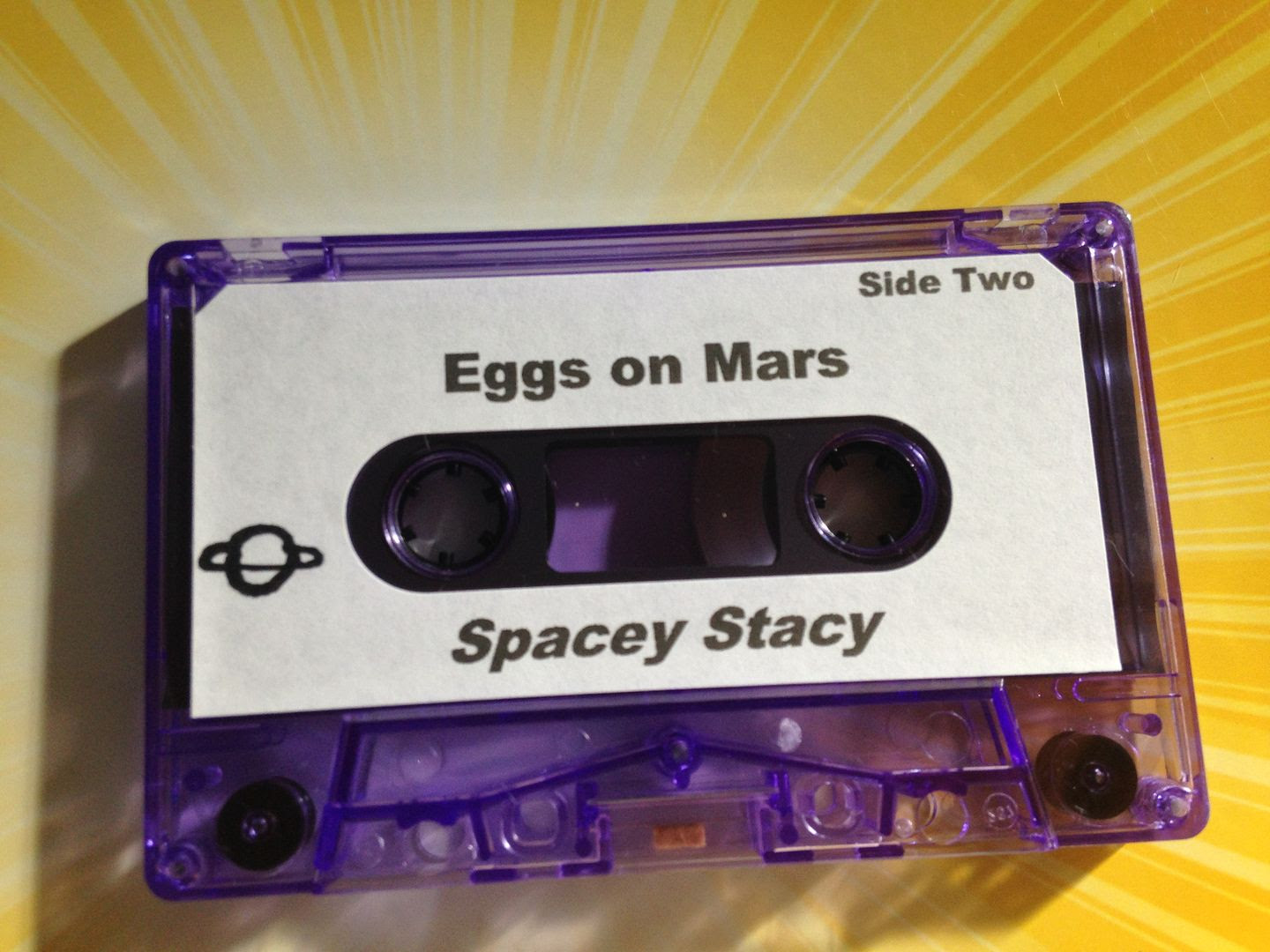 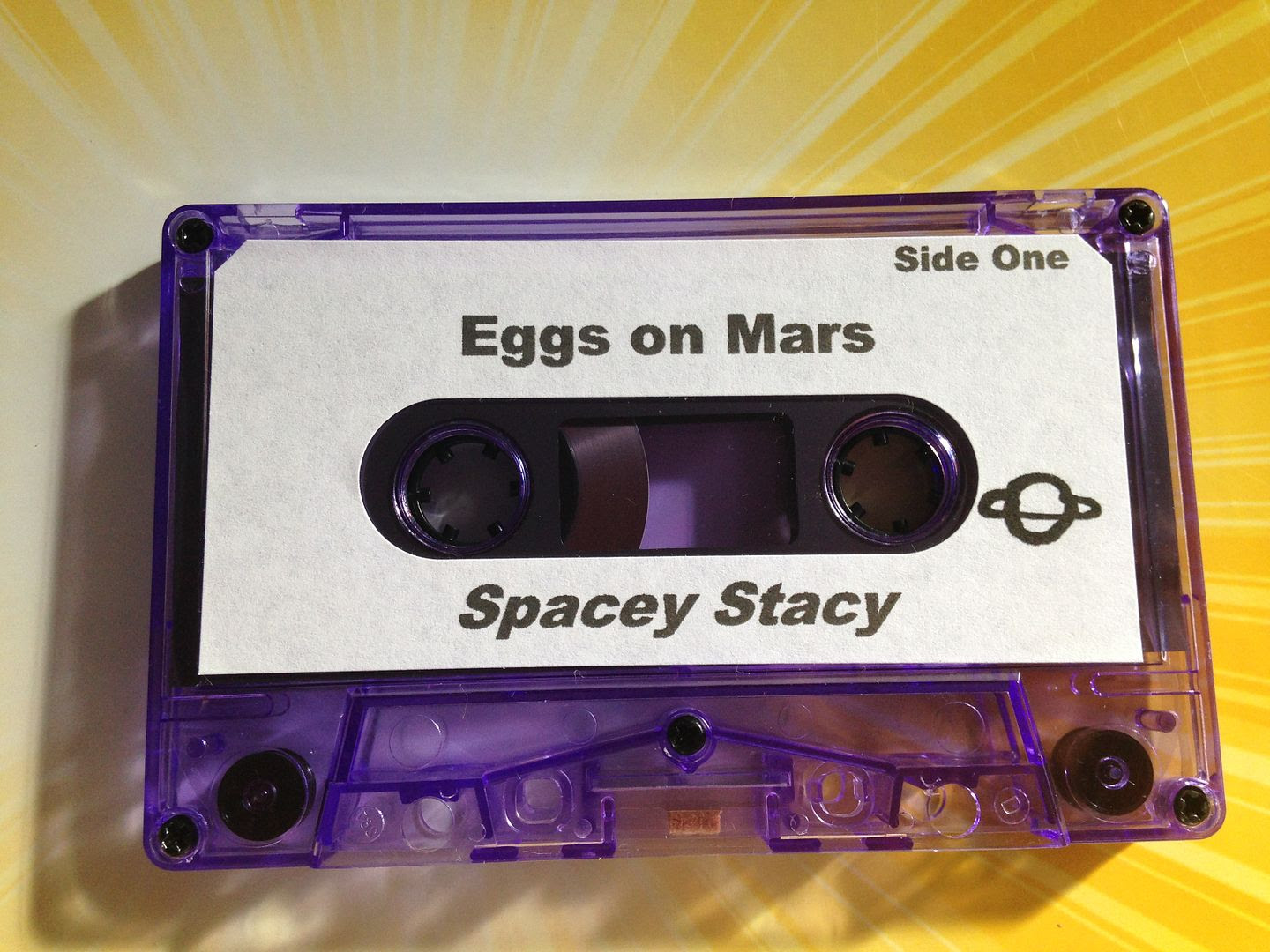 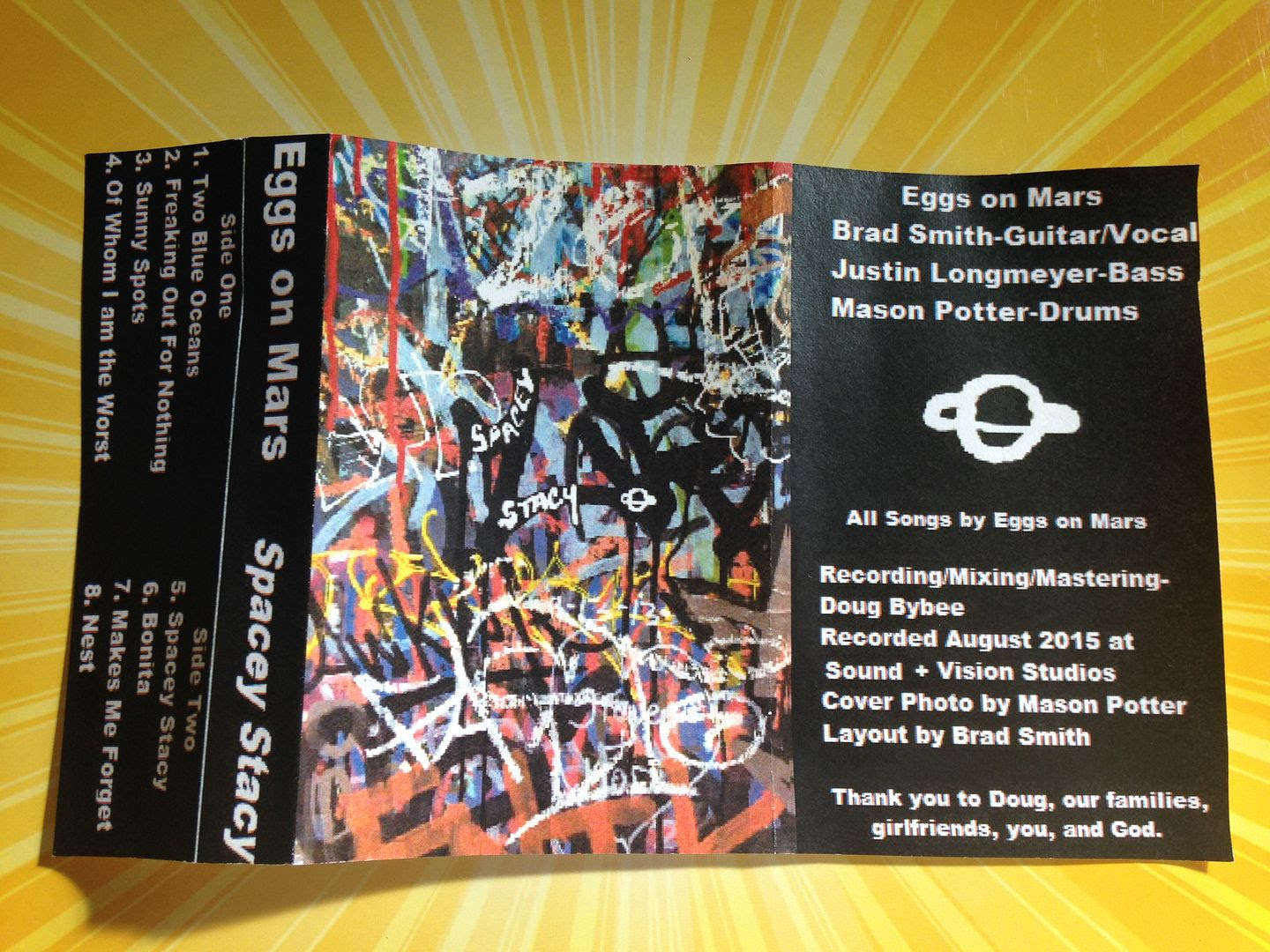