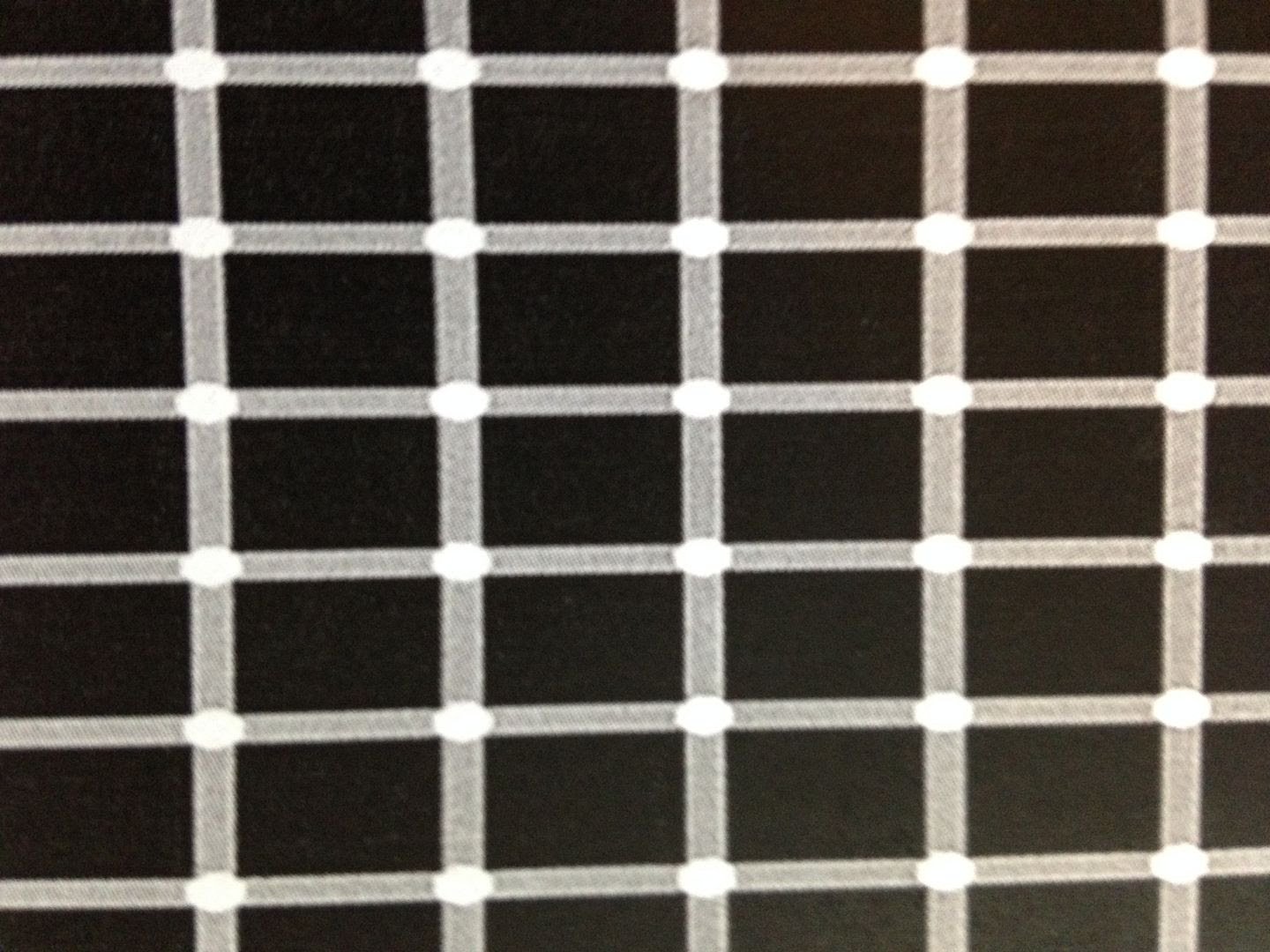 What I would expect from a band called Absent Sound is for them to be rather minimal and even closer to the drone side of music.   These are the types of sounds I've been hearing on the past few cassettes I've listened to so it would really come as no surprise but yet still seems to just be my impression based upon the name.    However, Absent Sound is not afraid to fill up Side B with sound as it is only one song and there are two songs on Side A.    I've written recently about how I don't like when artists have standard 60 or 90 minute cassettes from Sony or whatever, which you can tell were probably bought at Walmart or FYE, and then they have this twenty minute EP but feel the need to fill the entire cassette.   Luckily, Absent Sound doesn't have this type of blank cassette and also doesn't seem to be just trying to fill the void.

On the first song there is a back and forth spacey sitar sound.   The tape itself sounds a little bit warped and it isn't just a matter of being at the beginning, as it can sometimes be, but throughout the entirety and I'm not sure whether it is intentional or not.    This becomes a strong Oriental/Kung Fu Panda vibe which begins to build and yet somehow maintains the same moderate tempo.      The way it retains the sound is almost like drone, but it has this feeling to it where it is changing even if it is not actually changing.   It just feels like an audio illusion.

The second song begins with a drum machine fading in and out.    In some ways, I think of the first song as being the music you might hear on the title screen in a video game and this second song has more of the straight up playing a video game sound.   Singing does come out as well and yet no matter how many times I listen to this I cannot find something to compare it with other than the song which came before it.    Knowing that this doesn't really have that point of comparison though, not even to be able to type something as simple as "It has a bit of The Beatles in it" makes me happy for the originality.

Side B is the third and final song and it does go on for quite some time.   It begins as a happy jingle with guitar notes rattling out harmonies.    There are lo-fi vocals and a vaguely familiar indie rock feel which I just cannot seem to place.     Through the sea of distortion comes more music than vocals and even though this is obviously not instrumental I still wish there was a way to distinguish music which has a lot more music than vocals in it because that type of almost-instrumental music is definitely something of which I am a fan.

If there is another artist to compare Absent Sound with I haven't heard them yet and that really says something because I've listened to a lot of music.   It seems like one week I'm typing about how I don't want to hear a certain thing (filler music) and then this cassette comes along and goes to show you how to make a cassette that can have that length other artists seem to desire without giving up any sort of quality.    This should serve as an example to any artist out there with not enough content to fill a 60 or 90 minute blank cassette but I really just feel like a lot of this cassette is setting a standard for other artists in every way. 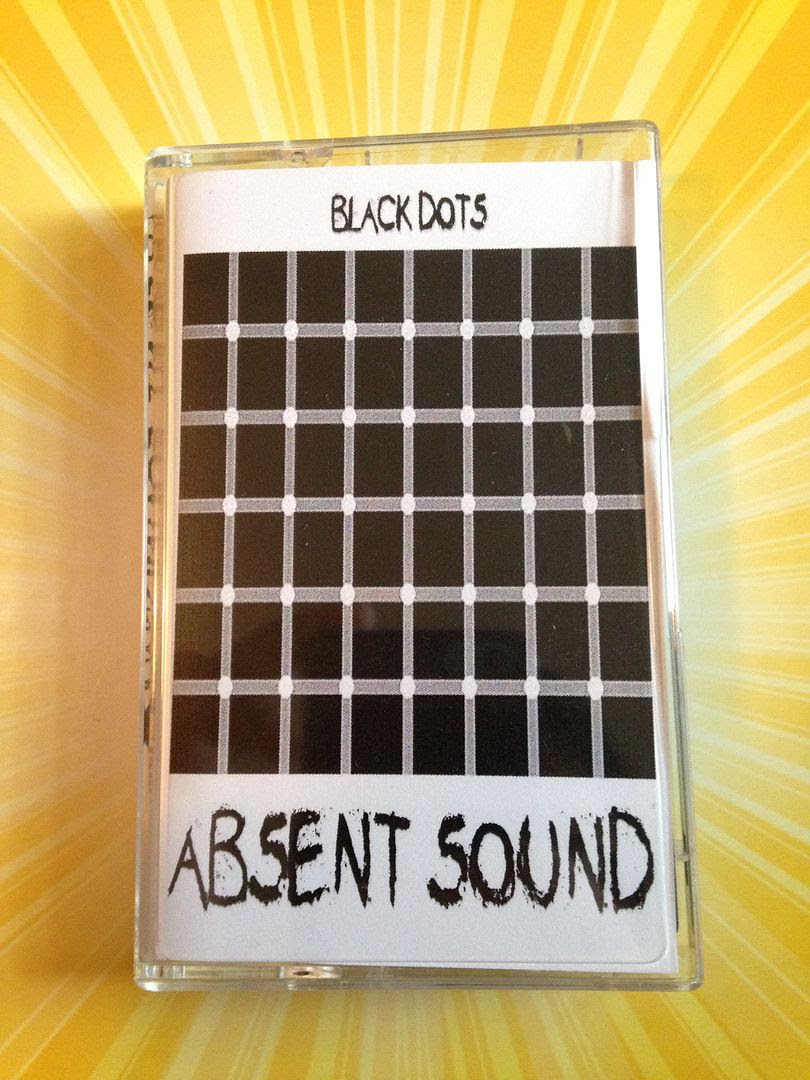 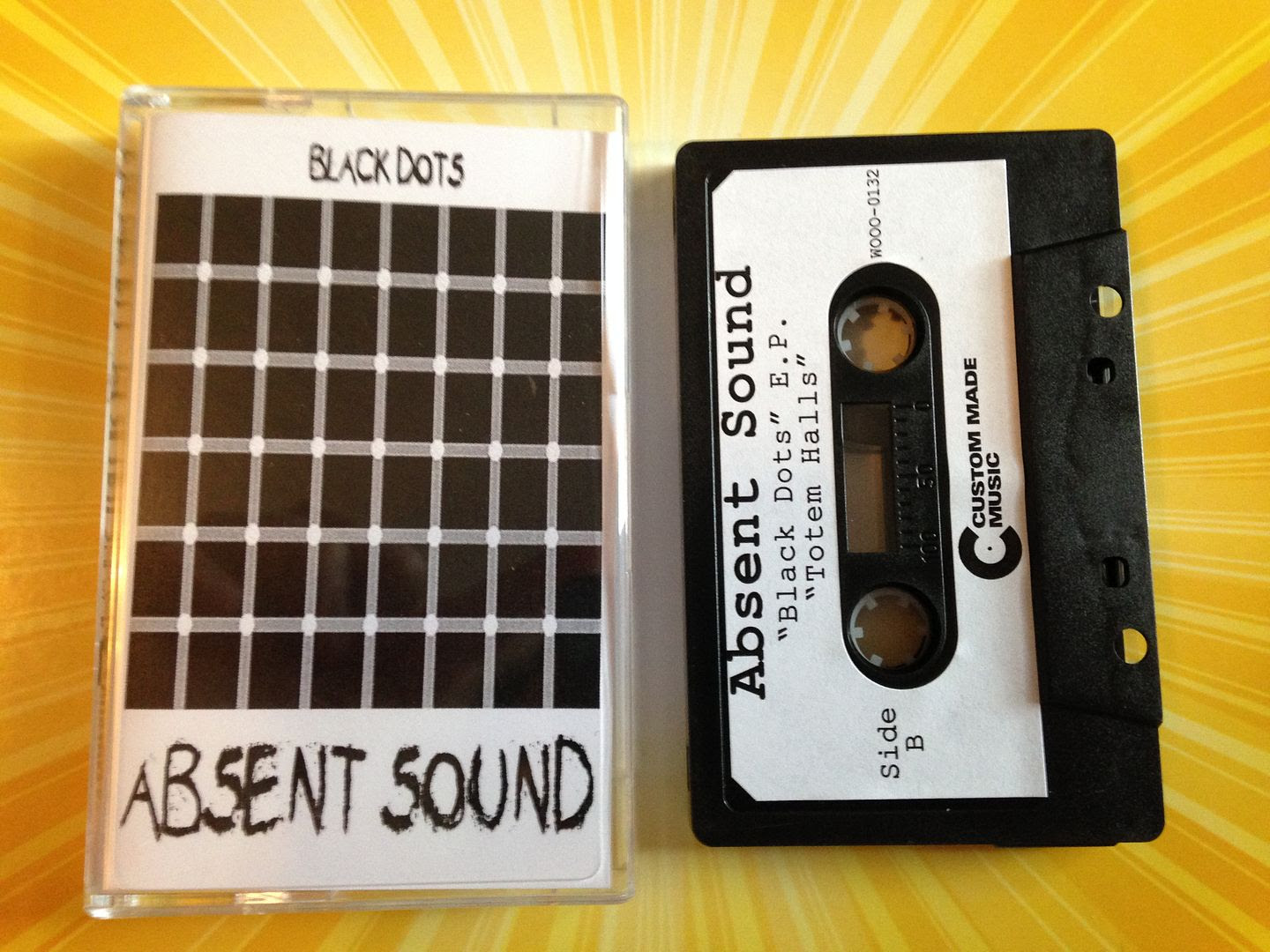 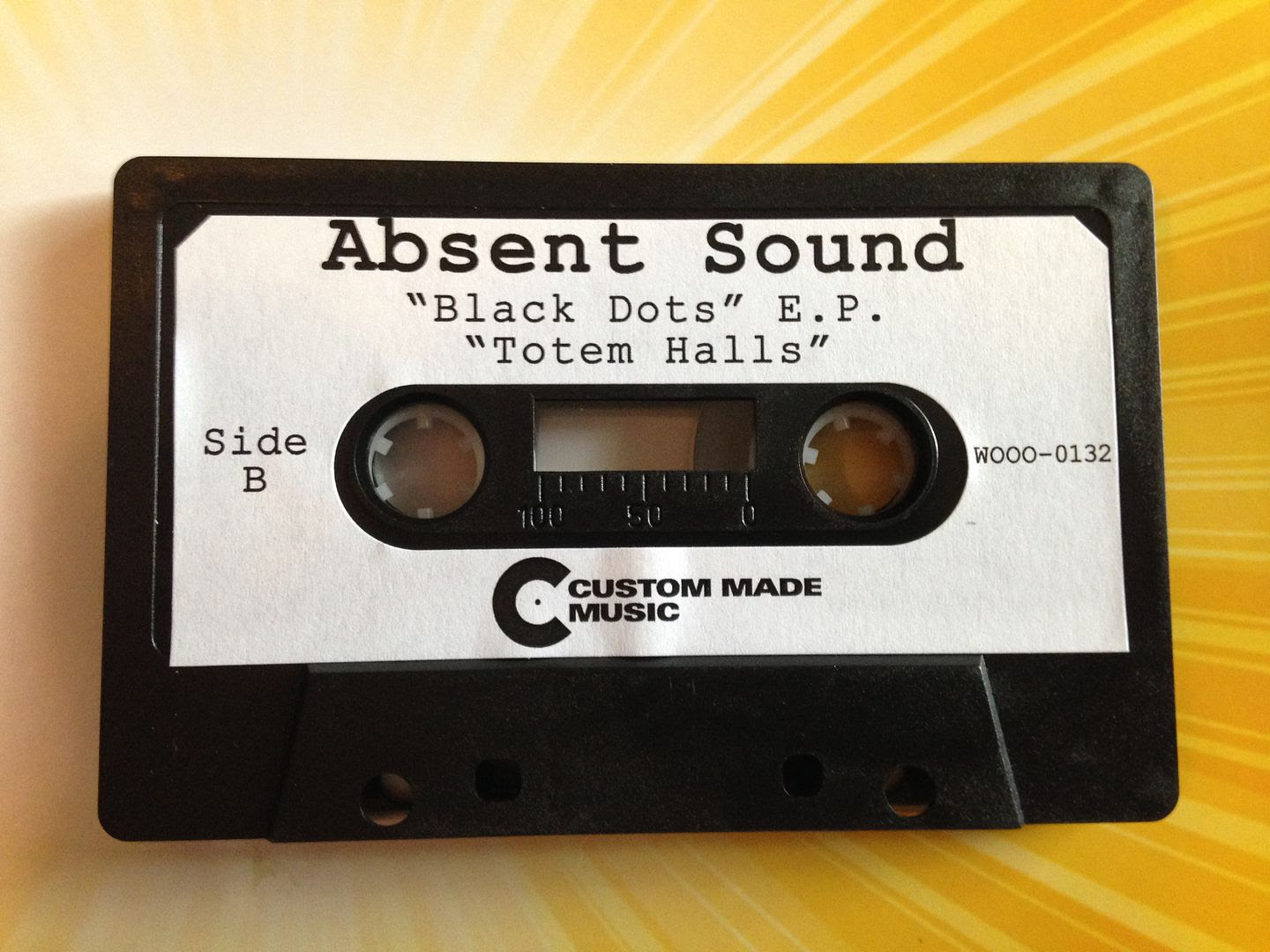 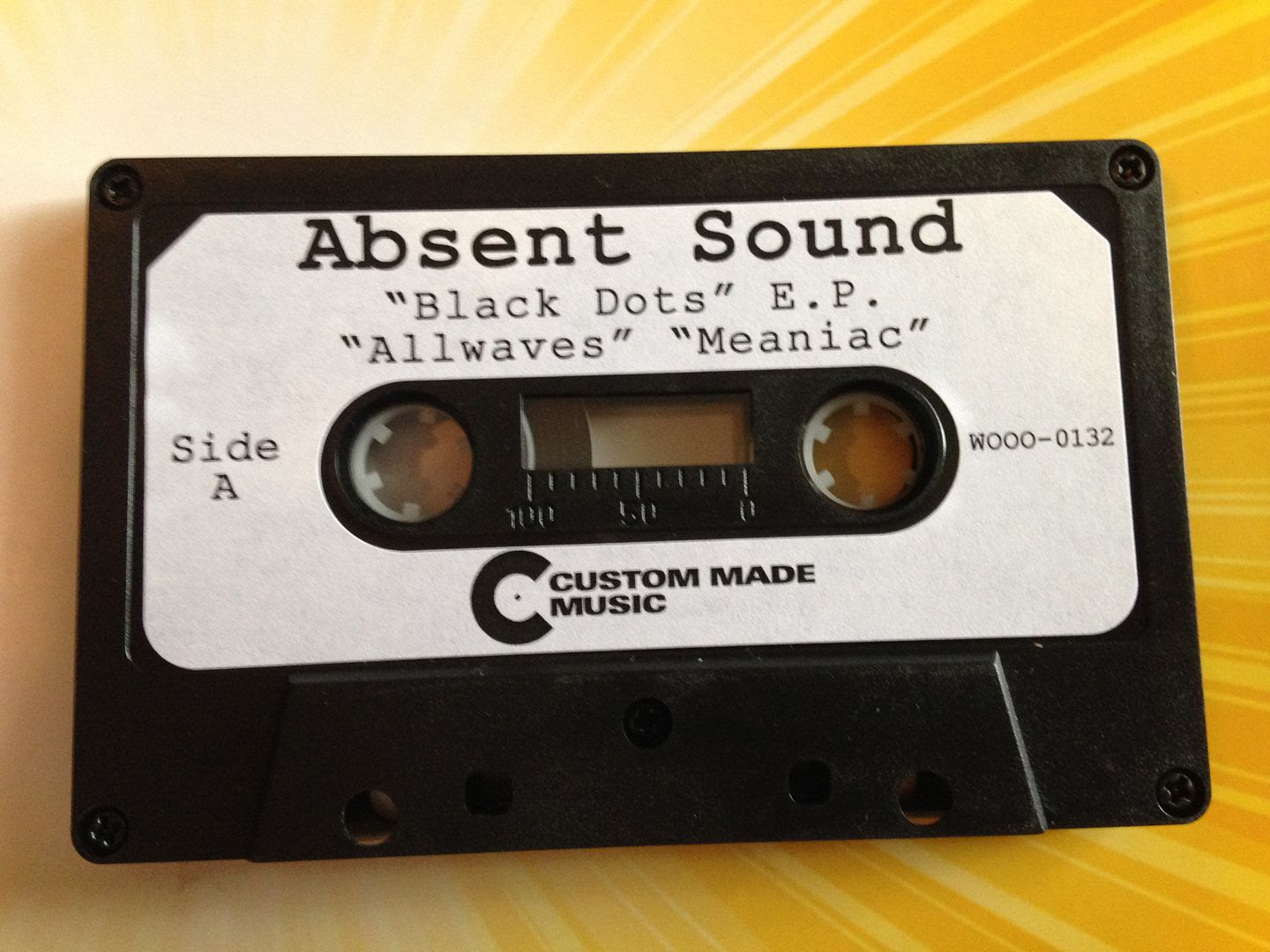 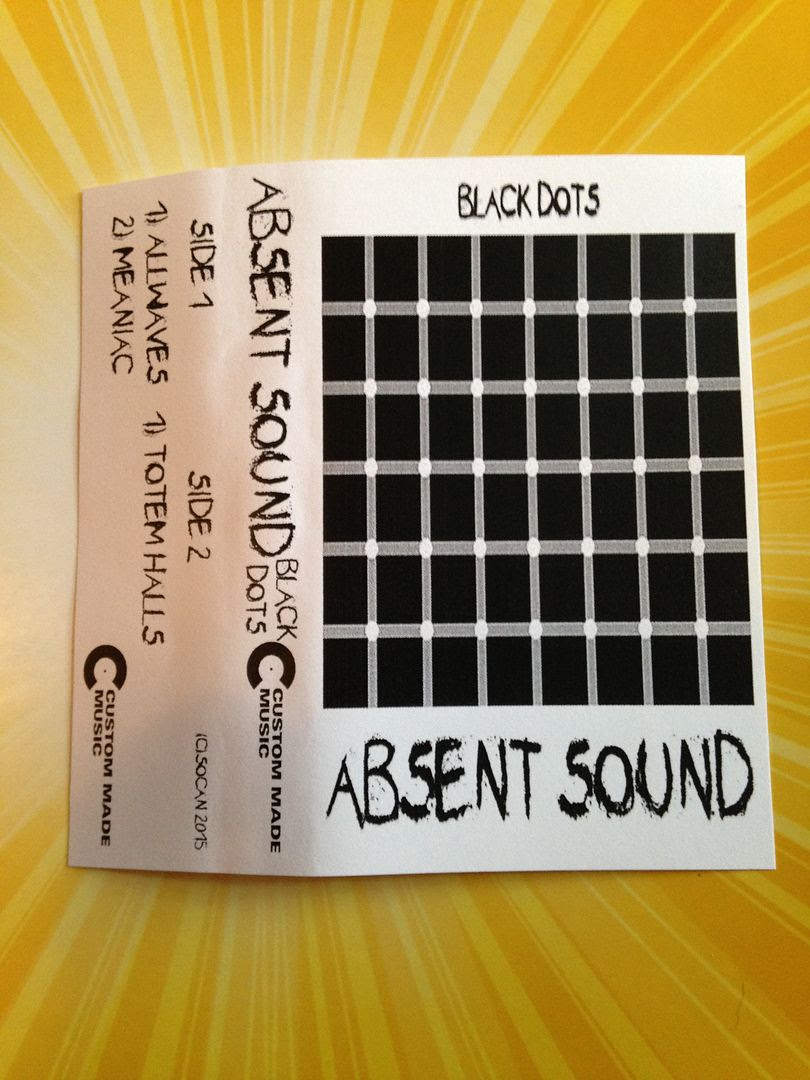