When I was in my younger years and by that I mean early twenties I saw a show where Ultimate Fakebook and Nerf Herder played together.   I'm not sure what brought these two wonderful bands together but I definitely enjoyed that show and it just seems like the type of fit where you would put The Hoot Hoots and it would make a lot of sense.   Granted, as I sit here ten years later or more and type this I realize a lot of people might not know who either of those artists are (Or worse, only know them for one song) but to me they're two of my favorites and so "COLORPUNCH" holds a special place for me instantly.

The music of The Hoot Hoots is best described by actually telling you what the music sounds like because I can't really find apt band comparisons to make (Though I'll end up making them anyway).    There is that distinct moog sound mixed with pop punk, melodic indie rock of some kind and just a lot of passion mixed with catchy oooh-oooh's and whoa-oh-oh's.    The Hoot Hoots deliver lots of distorted synth fun and it is high energy.    Things take a more serious rock turn on the song "Ain't No Superhero" but otherwise this is synthy fuzz goodness at its best that should be played at maximum rocking out volumes.

I've gone through a number of bands in my head, wondering who The Hoot Hoots compare with exactly, and they could be called a combination of The Stereo and The Rentals, yet they also seem to draw inspiration from Weezer, Pinback, The Honorary Title, Ted Leo and Neon Trees.   This feels like something I'd hear in the earlier days of Polyvinyl Records- though their roster isn't too bad now either- back when they were run by Aloha, Volcano, I'm Still Excited!! and the like.  Yet, behind everything else in these songs I can kind of hear this punk element, such as this Guttermouth or Vandals vibe masked beneath the surface.

Lyrically, the songs each have their own stories within them and they are never really too far from being sing-alongs.   My favorite song lyrically though is the final track, "Until Next Time", which as the title implies is a farewell-for-now type of ballad that reminds me a bit of how The Wheel Workers closed out their album "Citizens".    I'm not saying that every band needs to end their albums with songs that say "Bye, see you next time" but some bands don't even understand how to put a song on in the final spot just to give it that feel of closure, whether stated directly or not.

As The Hoot Hoots sing "We can't wait until next time" I think to myself that I can't wait either.    But it works on two levels because not only could it be about the next album but it could simply be about the next time you listen to "COLORPUNCH".    So I typically tend to flip this one over and listen to it again.    It is worth also noting that lyrically "Rocketship" is one of the finer songs that I've heard as it becomes a social commentary, stating "I'm sick of the strip malls and ugly streets".    It's mostly an environmental anthem but it also seems to just speak to how we've become as a society in general and need to just start being better people.

I believe that if everyone in the world heard this record they would like it.   Granted, you're going to get those few people who want to have the sticks up their butts and they'll say they don't like it, but if you put a hundred people in a room with this record playing and 90 of them get up to dance than those 10 party poopers will also eventually get over their too-cool-for-school attitude and do the same.    Now do that however many times it takes to have the whole world listening to this-- hell, I'd even start with just the United States.    Get us all on the same page and not whatever these terrible things are I always read about in the news.

Music is the greatest way to unite people and I believe that The Hoot Hoots can do just that simply by sending their message of fun and being cool to one another.    So, for me, this isn't about just owning a record, it's a responsibility.   I would normally suggest you buy this record and play it loudly but now I'm going to say that if you buy this record (Obviously I think you should) then it is your civic duty to play it for as many people as possible so we can infect the world with fun and bring everyone together in melodic harmony. 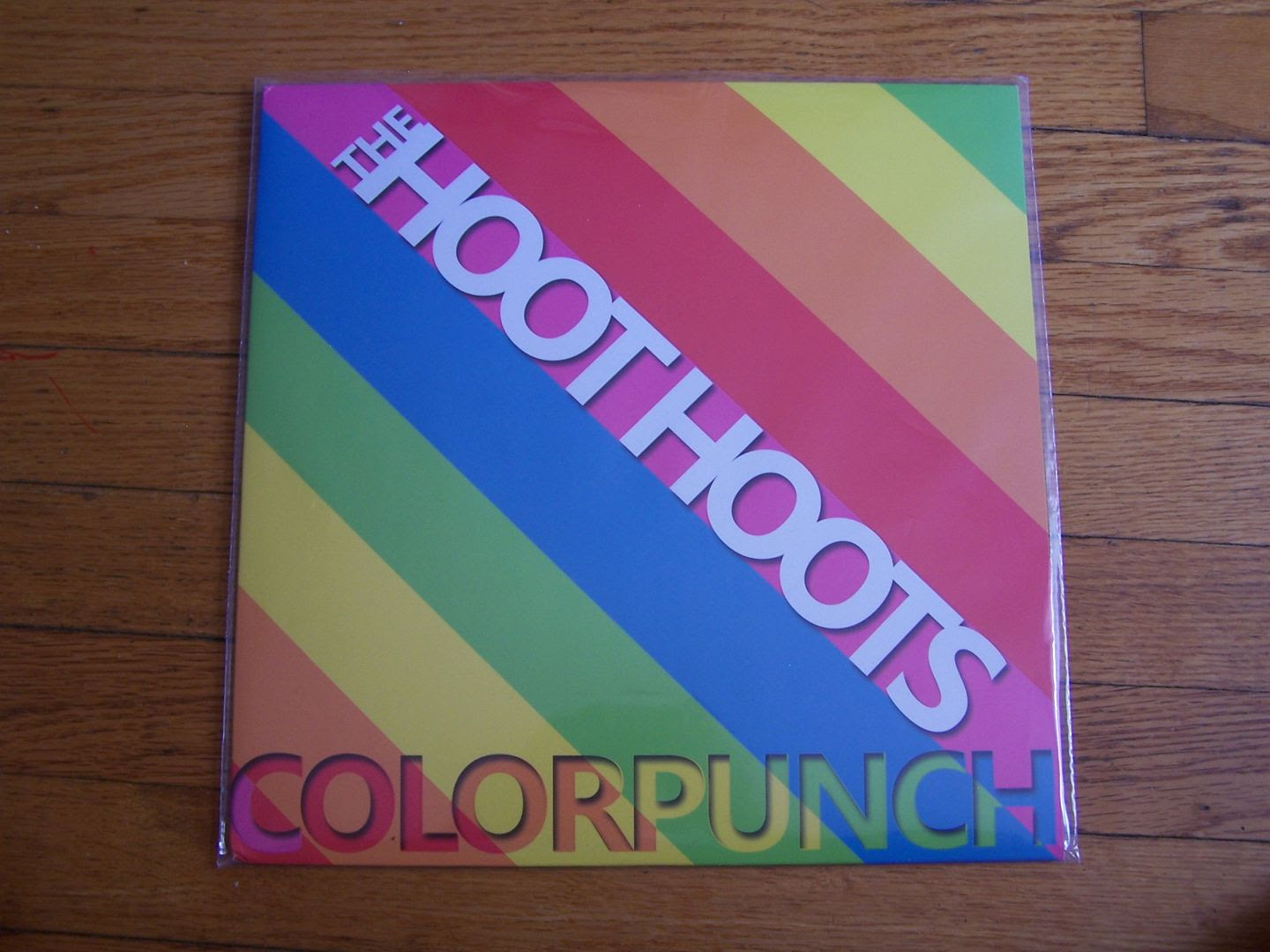 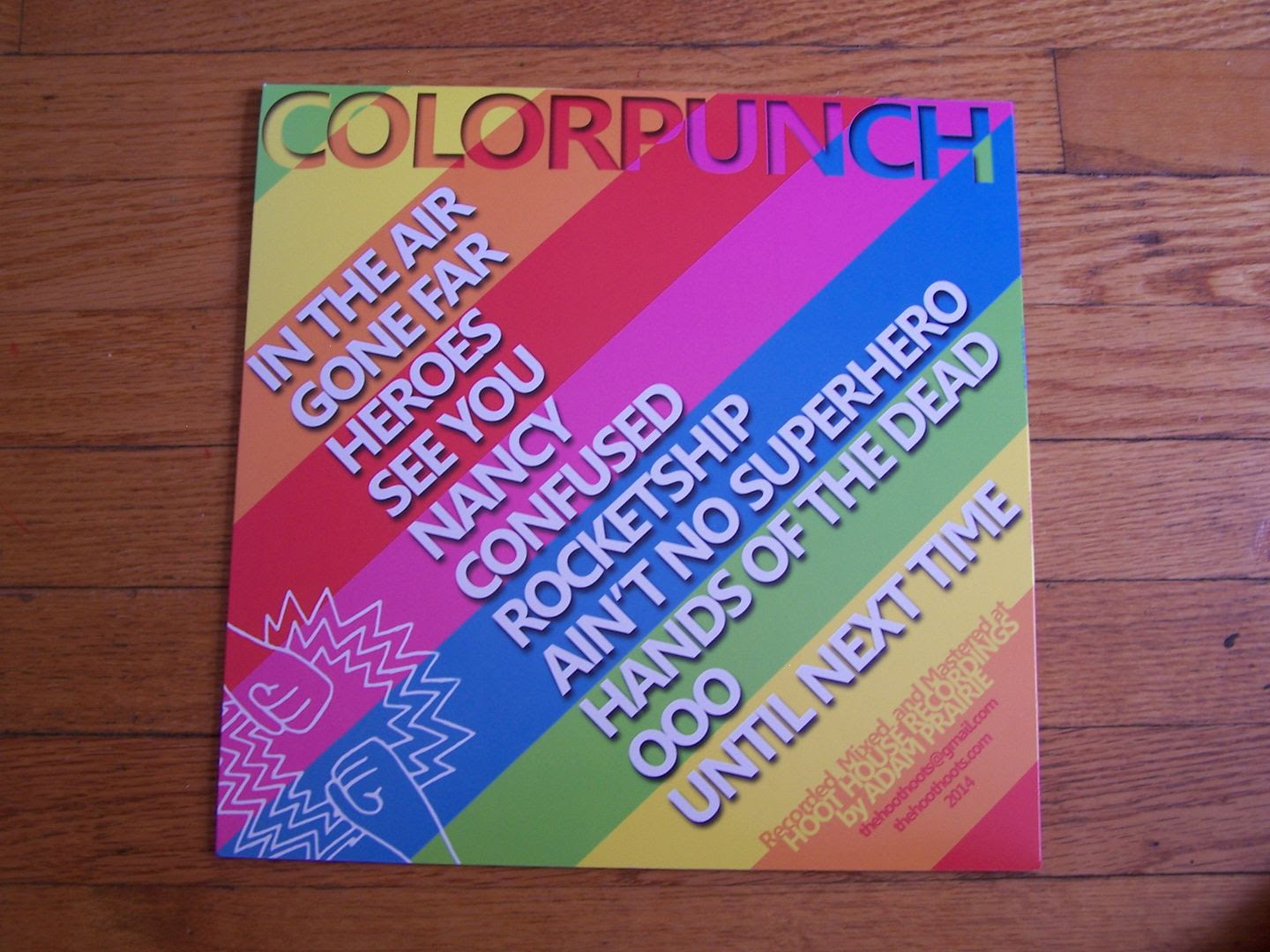 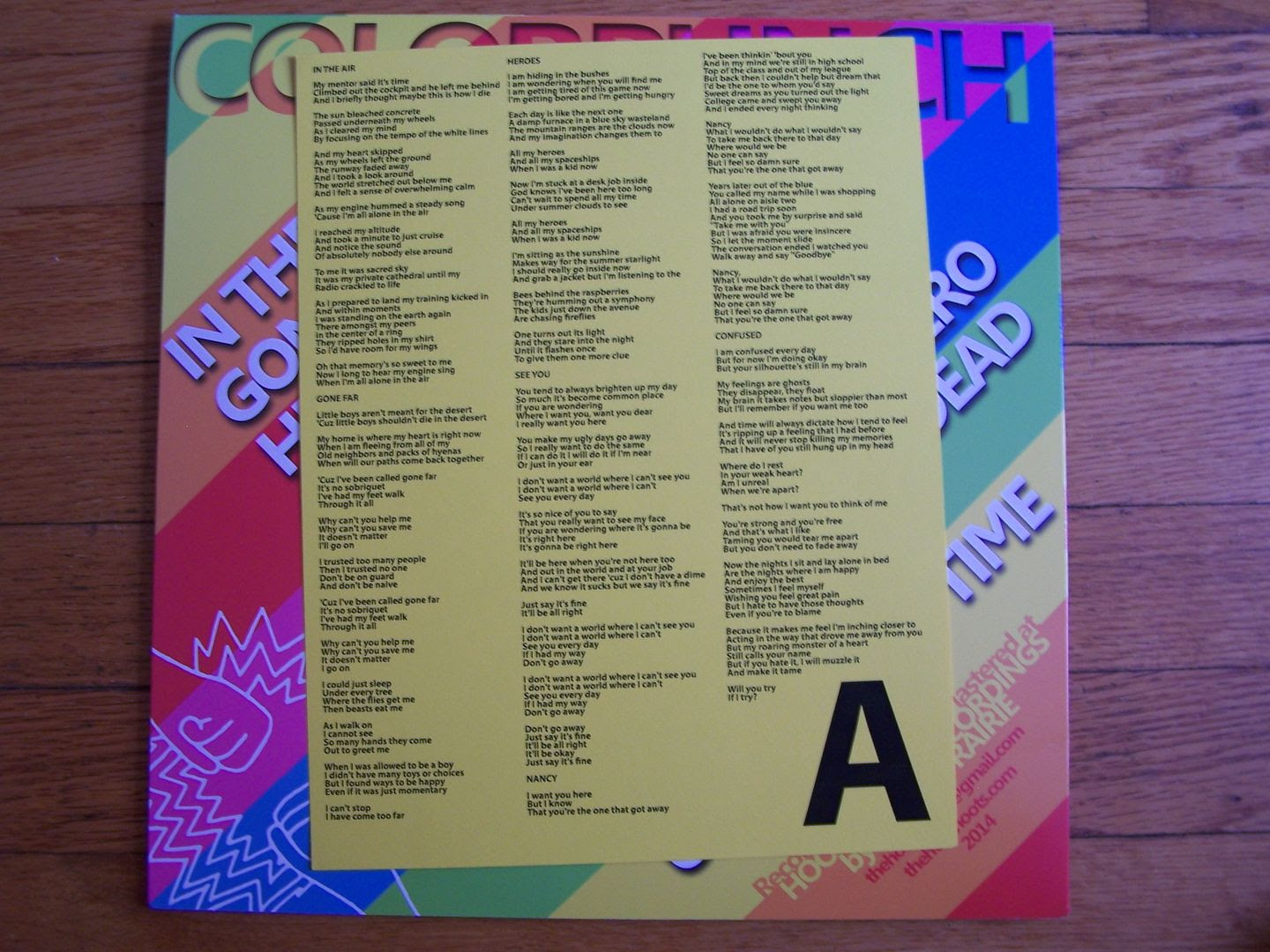 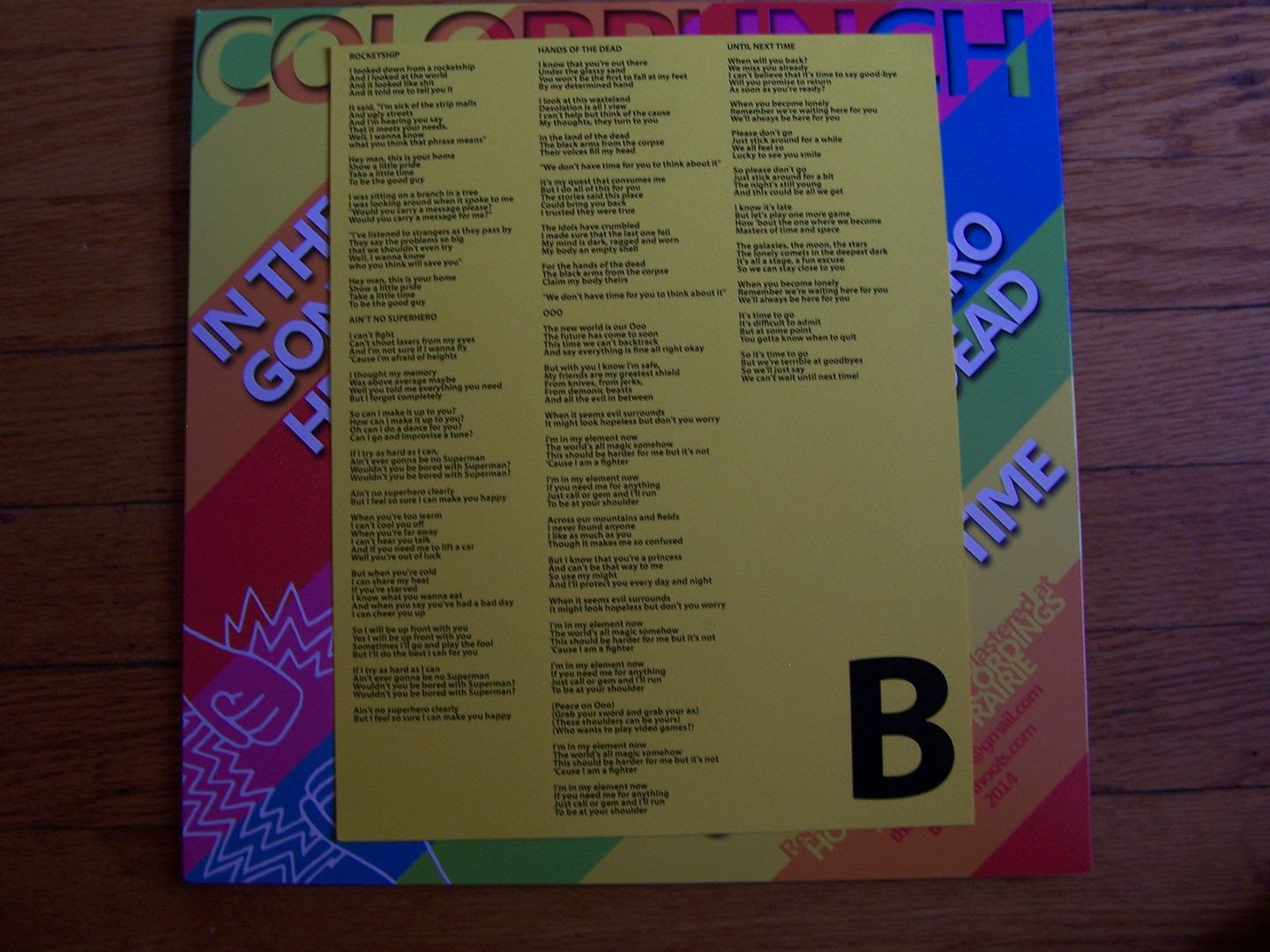 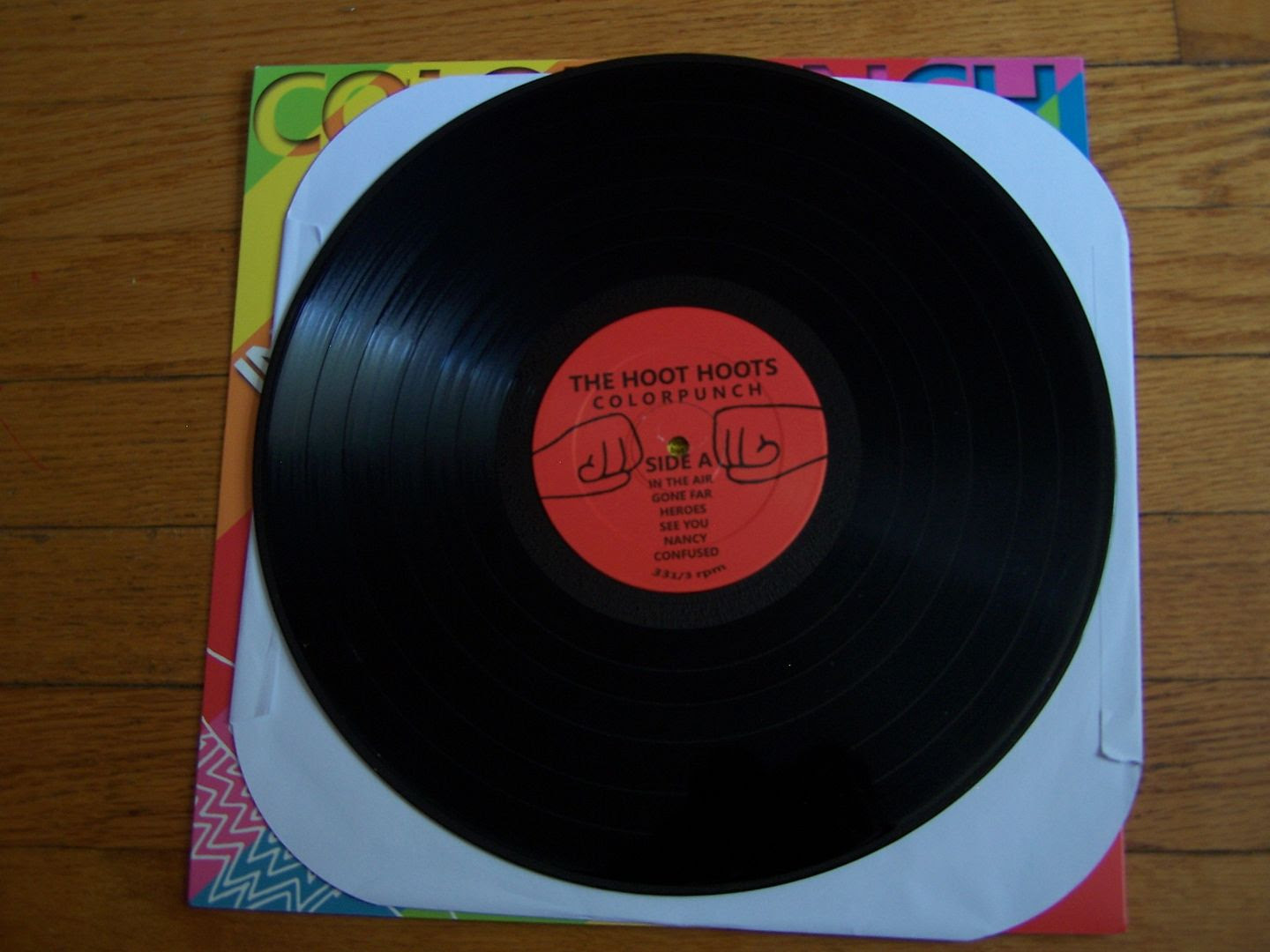 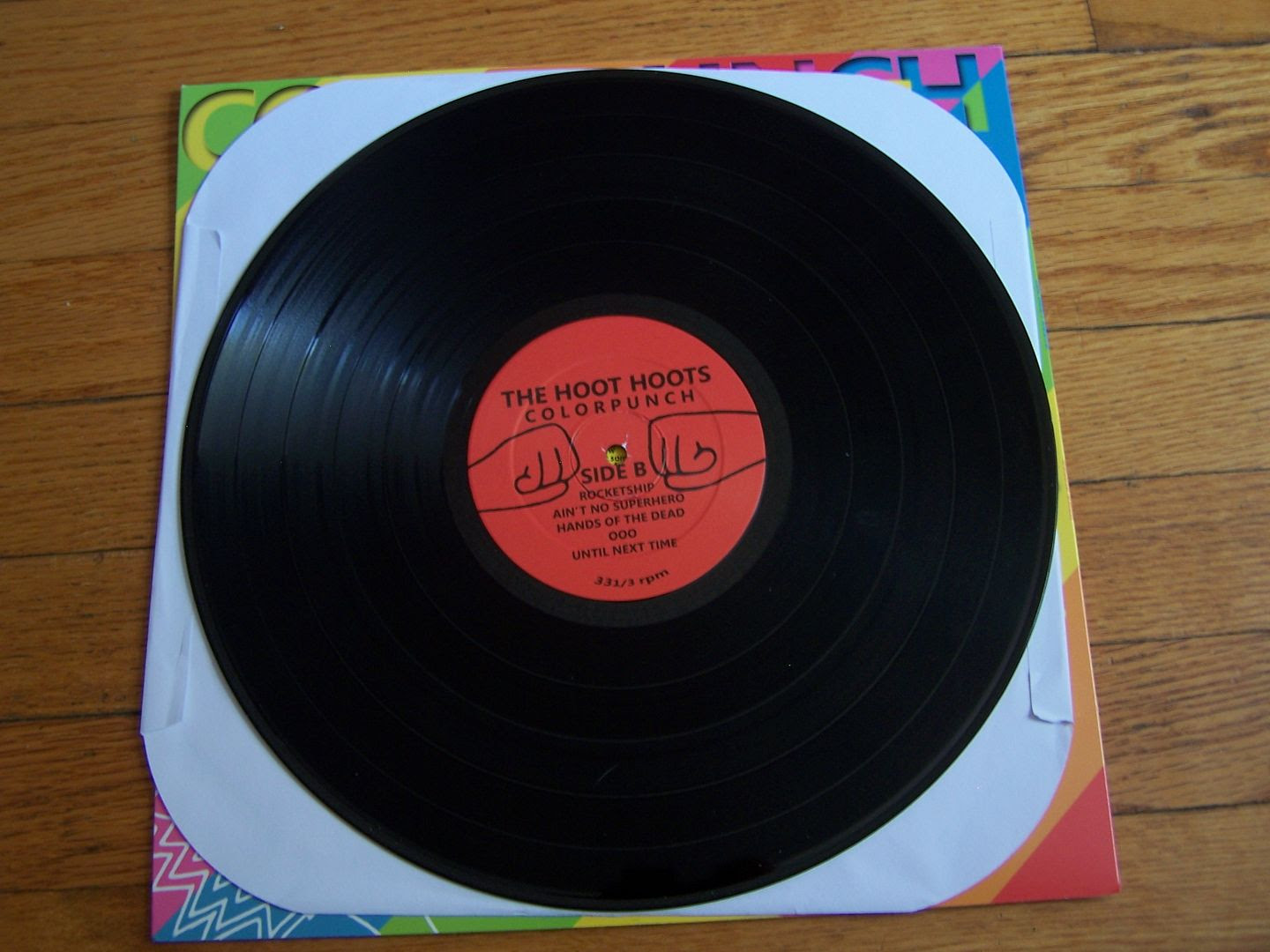 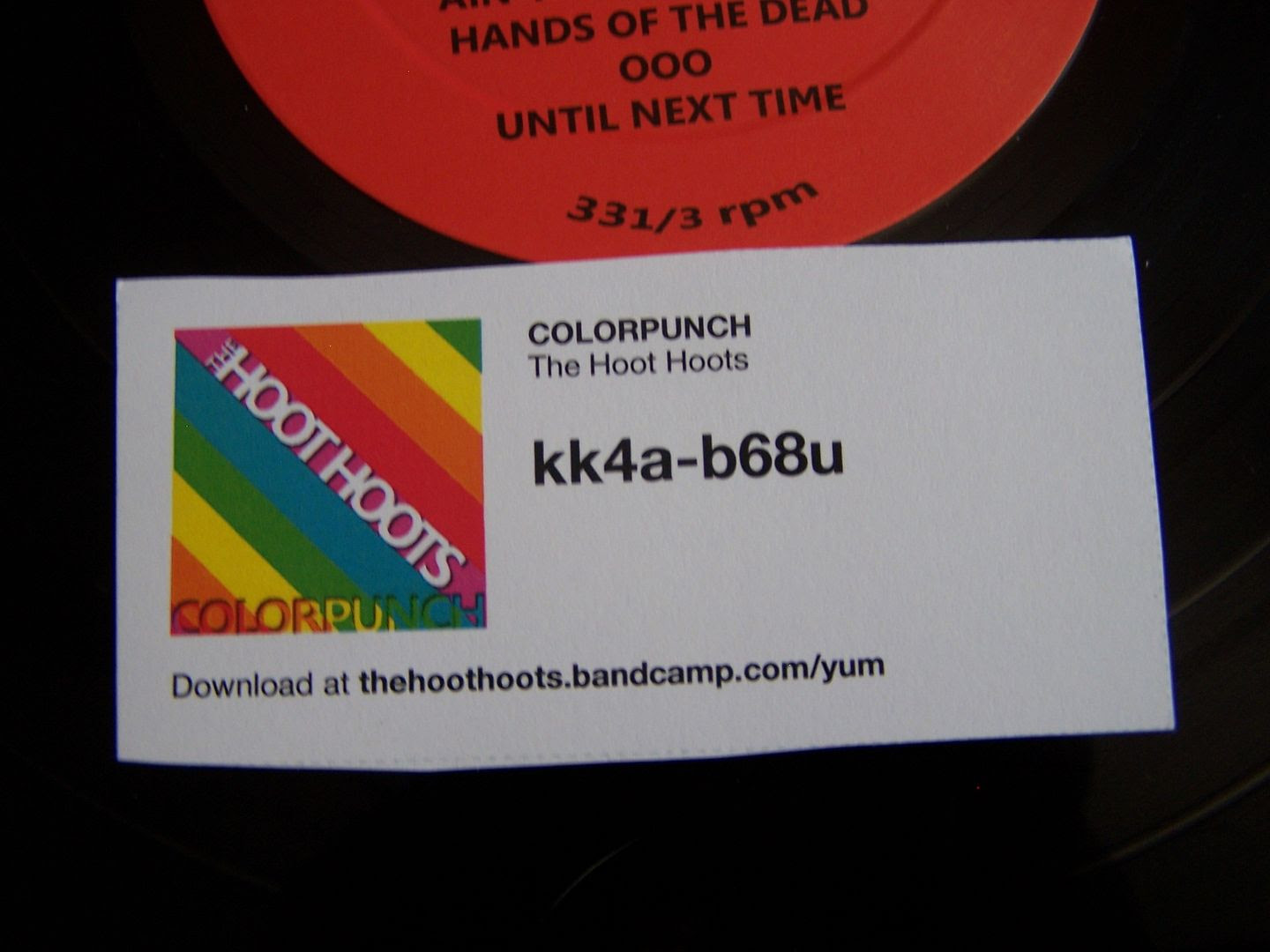 Posted by Joshua Macala at 7:28 AM