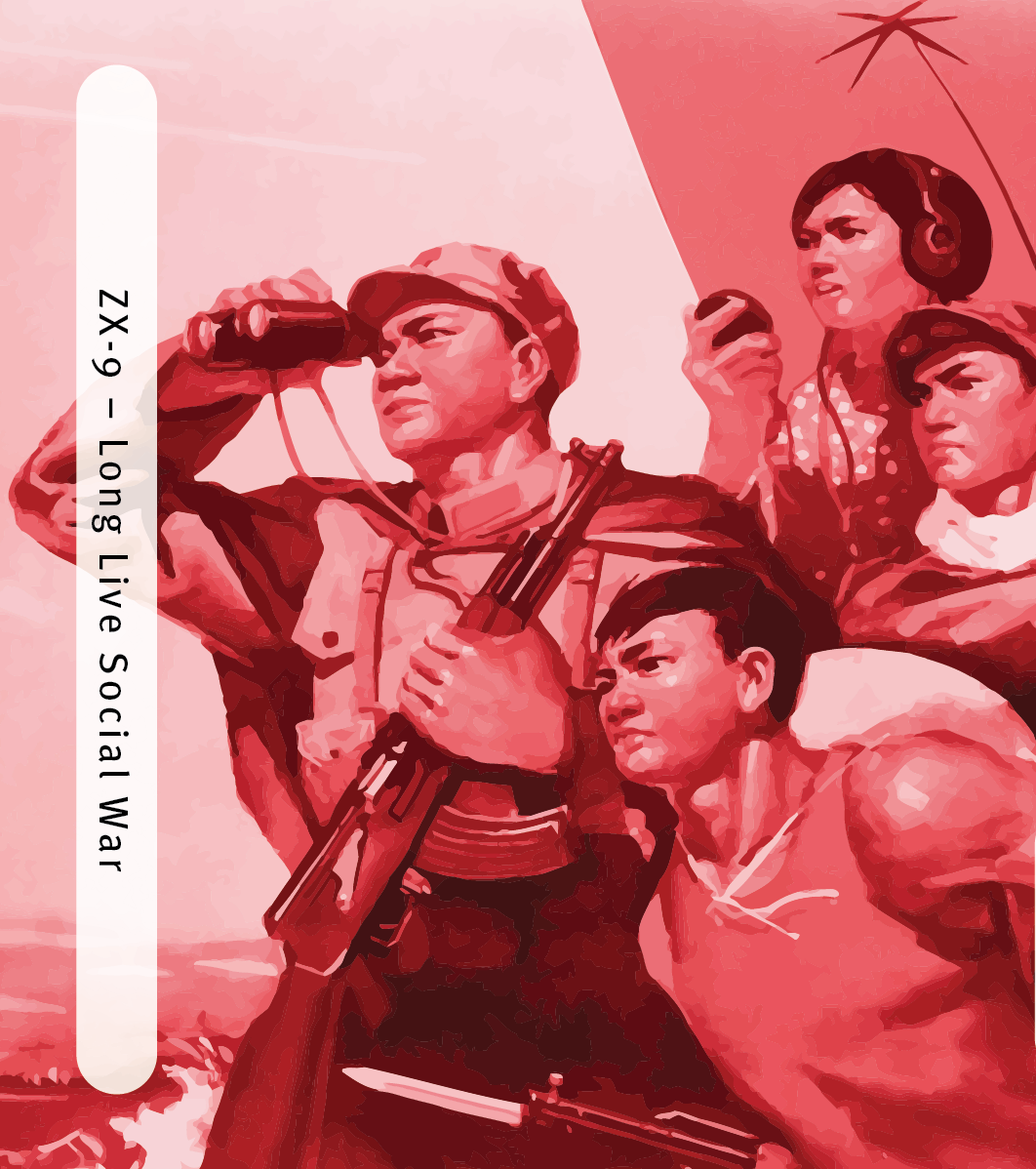 This begins with beeps to start off, and then turns into some noisy static with it.   The beeps can remind me of robots somehow, and yet despite how it may translate to the written word this has an upbeat feel to it (And based on the title you wouldn’t think that either)   The beeps go on loops and I want to combine the two terms to make it easier and simply call them “bloops”.   Then if someone does this a lot and heavily we can call it “bloopcore”.

It gets quieter, as the beeping becomes lesser.   We eventually fade into deep synth waves.   I’ve really become a fan of ZX-9 after listening to that cassette split I reviewed, but this has just sealed the deal.  I’ve been told that ZX-9 is the project of the same person behind Rocket Machine as a label, and though my exchanges with him were brief I hope he doesn’t hold any hard feelings against me or could at least put them aside for the sake of the music.
Posted by Joshua Macala at 8:06 AM