MP3 REVIEW: Up Nights “Up Nights” 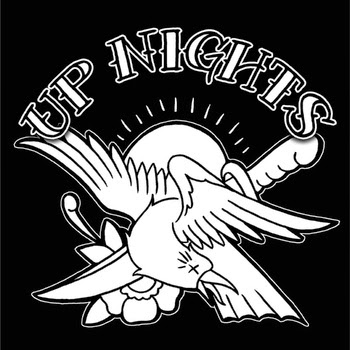 I didn't think bands like this still existed.   Okay, I am aware that melodic sounding emo bands do still exist, but I didn't think that there were still ones out there that sound this good.   The music has a certain rhythm to it, and while it almost sounds positive and hopeful in the end, on many levels it is melancholy.

For points of reference, I can easily bring Up Nights to sounding like The Stryder, then eventually also I Am the Avalanche and Park.   The lyrics are right on and something about this just caught me in a trance as soon as I first heard it.

The self-titled EP and “Live Demo”, nine songs in total, were released together on cassette via Driftwood Records, but I do believe they have since sold out.  None the less, some fabulous songs can be found within these two pieces of music.
Posted by Joshua Macala at 8:21 AM