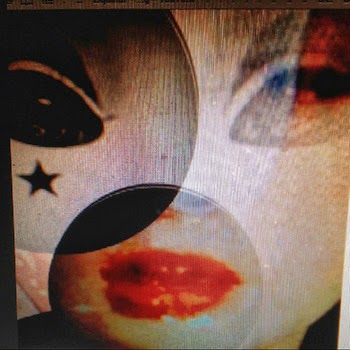 There is a certain level of truth to the idea that you should get better with every release you have as a musician or else what’s the point of going forward?  I’m not sure that there is a specific name for this, but it was Bukowski who said that whenever people would ask him what his favorite book was he’d say his newest because otherwise he wouldn’t have written it.

What KUTMAH does between the first “Black Waves Tapes” and this volume is nothing short of magic.   I listened to the first one, wrote the review and posted it all before I even listened to the second one because I didn’t want to get into my head about which one was better or how they differ—I really just didn’t want to askew my own opinion on some level.

So what makes this better?  (Not that Vol. 1 was so bad)  These beats have a bit more synth to them, but they maintain the underlying qualities of hip hop found the first time around.   The songs also manage to draw out something between a video game sampler and a wrestling theme song, which I find to just be fantastic.

But then the synth starts singing.  Oh, there are some actual words in these here tunes, such as “When I was young, I felt there was something wrong”, but the synth itself seems to add a nice bit to this tape that puts this a step above Vol. 1.   Since this has 8bit tendencies it may sound cheesy, but I really do feel like with Vol. 2 KUTMAH has truly leveled up. #eatthemushroomspitfire

I don’t really enjoy making genre names for people because I either think that it’s already been done and I’m using the term wrong or because I just don’t feel like the meaning will come across accurately—and really I just don’t like labeling music in general, but if I had to give this a name I’d put it between hip hop and synth pop, so I’d call it synth hop.   Now, watch, that’s probably already a genre that involves bunnies or something.
Posted by Joshua Macala at 5:15 AM