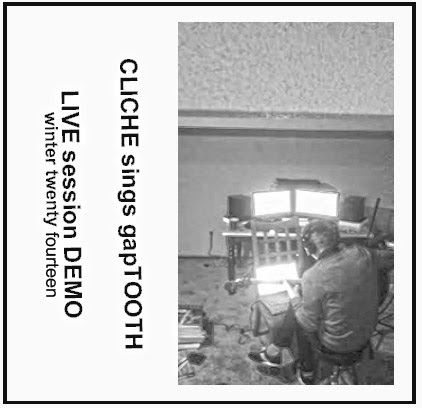 I like the lyrics on these songs, and they’re not bad on the overall because it’s a guy with an acoustic guitar singing about, you know, stuff.   I’m not sure if this is labeled as “basement session” because music exists by this guy in a non-acoustic capacity, but the way that these songs sound leave a lot of options for there to be even better music plugged in.

One of my favorite moments on this album is when he says between one of the songs something to the effect that he “fucked that one up”, and in the song I could hear it, but it was still rather Kurt Cobain on Mtv’s Unplugged of him.
Posted by Joshua Macala at 5:46 AM