A Visitor is a piano driven band that doesn’t quite get to be ambient, but yet doesn’t go all out like a seapunk band.   This is somewhere in between those two genres which seem to somehow be on opposing ends of genres. 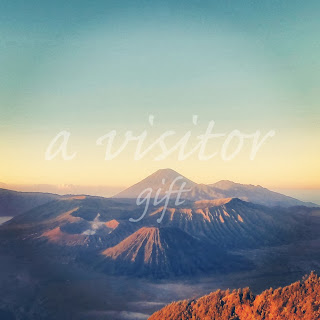 Throughout these six songs you will hear quite a bit of keys, and it does get to the point where you perhaps feel more like you’re at a classical music recital versus listening to something modern.   Though pieces like the beats and new wave synth that occasionally kick in bring you quickly back to reality and modern times.

Once upon a time in the first Bill & Ted movie, they went into history and brought some famous people into their present which is now our past.  But if Bill & Ted were to bring some of those people into our present (which would have been Bill & Ted’s future, though it’s always the past guy’s futures) then this is what it might sound like to have Beethoven playing modern keyboards in a mall somewhere.