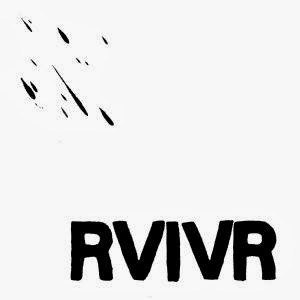 I first heard about the band RVIVR a few months back because one of my friends (and subsequently his friends) were saying things about their live show antics that, if prove to be true, are pretty foul.

In any event, RVIVR is a punk rock band that tends to lean toward the pop punk side of the scale.  The album opens with male vocals, but there are female vocals in here as well and there doesn’t seem to be a discernible pattern as to taking turns or any such nonsense.

Face to Face, The Hotel Year, Muffs, Alk3 and HWM are all present in this nice blend of songs that just have a certain amount of energy so as you can’t help but enjoy listening to them.

The lyrics can be a bit strange, however, as a song like “Real Mean” has the chorus line of “You’re old enough to know the difference between being real and being mean” (which isn’t that bad of a line) and then the song “Grandma” sings about how they love her forever and that she had to go away and that’s okay.

Perhaps someone watched too much Happy Gilmore during the writing of this album, though Adam Sandler seems to love grandmas in general, but that song kind of took me back lyrically.   In any case, these songs are good and make for a nice album.

http://www.rumbletowne.com/rtr/rtr-releases/RTR-009
Posted by Joshua Macala at 6:48 AM