MP3 REVIEW: He Whose Ox is Gored “Nightshade EP” 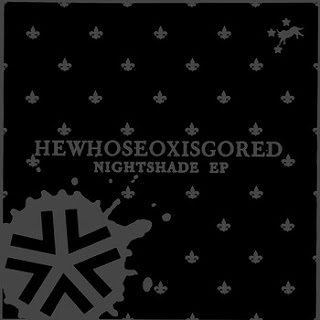 This is two songs.  The first is near eight minutes and the second is just over four and a half minutes.   It kicks in pretty heavy like post rock or even metal, but then can also get screamy like hardcore or metal.

Just when I thought it was going to be instrumental, vocals kicked in.   It reminds me of somewhere between Silent Drive, Thursday and Thrice.  That is not to say that (especially on the second song) parts of it don’t sound musically like the aerial view of P.O.D. because they do.

I didn’t know what to expect going into this and some odd minutes into the first track I ruled out vocals being an option, but this just keeps surprising me in the best possible way.
Posted by Joshua Macala at 1:56 PM