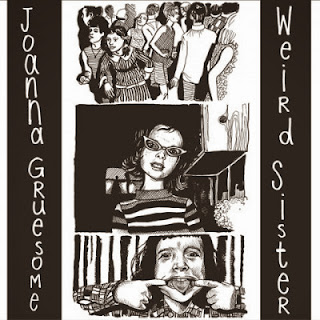 While having prominently female vocals, some male vocals also come in at times making this more of a Mates of State or Rainer Maria type of band as opposed to your straight forward female rock.  Still, it’s good and recalls other bands of the nature like Nightmare Air and The Lovely Bad Things.

The music can get distorted in a guitar way that reminds me of something like Weezer or Smoking Popes or essentially something that’d fit in well on the Angus soundtrack.

It’s not really fast paced punk rock, but it isn’t slow either.  It’s not that far from Speedy Ortiz, though it isn’t quite the same as them either.  It’s just another collection of songs that seem to defy genre but gets better every time I hear it.
Posted by Joshua Macala at 3:53 PM