<1> “Will You Dream of Me” (MKII) – This has a funky bass line, some fuzz and a nice drum beat.  It’s an upbeat almost garage rock number but not exactly.  It has some “Title of Record” era Filter in it.   And now it’s really channeling The Smiths at the two minute marker.   Guitar solo!  “Tonight when you go to sleep and you dream will you have one of me” is the chorus here.  It feels like that could have been worded better, but what do I know about words. 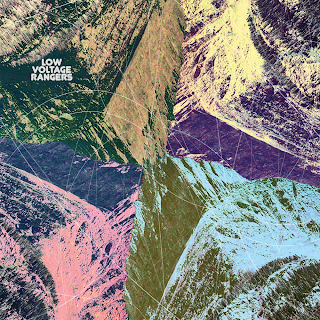 <2> “Chinese New Year” – This song does have that more garage pop rock feel to it.  It’s like when Foo Fighters did “Big Me” but with vocals sounding slightly more like Green Day.   “If I was the master of everything would you have my baby” is really a question he just asked, though we all probably wish that he hadn’t.  These are some weird noises coming in around the minute and a half mark.

<3> “Will You Dream of Me” (MKI) – This has a much more distinctive surf rock feel to it and, yes, it is just a different version of the first song.   Don Ho would be proud if he were to ever meet and collaborate with Chuck Berry.

<4> “The Mourning Grew Flowers” (Suboscillator Remix) – This song has the bass.  It’s probably because of whoever remixed it, I’m guessing.  Now we’re getting some Peter Frampton vocals.  Yeah, where is the original of this song because this “She Blinded Me With Science” remix just isn’t doing it for me.

<5> “Will You Dream of Me” (Suboscillator Remix) – A third version of a song with lyrics that are a lesser version of Blue October’s “Calling You”.  This one here, this is just obnoxious.   It’s not too different from what you’d imagine track 1 and track 4 sounding like.  Of this EP, I really only like the third track and that is also my favorite version of this song which seemingly won’t die.
Posted by Joshua Macala at 7:53 AM