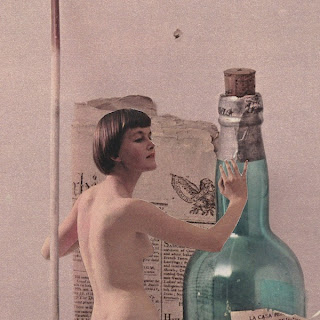 <1> “Apnea Method” – We begin with Aloonaluna, though the last song is the only one MSTT gets, it’s like three songs in one and the single track is as long as these three songs combined, so let’s get weird!  We begin with some noise and ah’s from a lady.   It’s been doing this for about a minute now, but lasers and/or birds chirping is coming in as well.   This is what would happen if you crossed nothing I ever heard before with nothing else I ever heard before.    Oh, and at around the 2:15 mark we’re getting noises that could be horns or baby hyenas dying.   And like that, the song is done.
<2> “Stutter-sleep Dance” – This song is about as long as tracks 1 and 3 combined, so here we go.   More ah’s.   This reminds me a lot of something that The Illegal Wiretaps would do, so let’s call this a field recording, shall we?   Now there’s a cross between a laser and a cricket noise going on.  Oh, and it progresses.   We’re past the two minute marker and some sort of almost music is coming through now.   Oh, and we’re almost near the 4 minute mark and female vocals are singing words.   Now it sounds like we’re playing a game of Pac Man.   “Get your ass on the floor”.   Umm… What?  I can’t dance and you won’t make me!   Well, maybe I’ll get my hands in the air.  This ended with a few spare seconds.
<3> “Shifty Eyes” – Mad cow disease begins this track.  And now I hear birds or something.   Now I hear kind of talking and thoughts of The Illegal Wiretaps are back running through my head.   This song is quite different from the first, I’m just not certain whether or not that is a good thing.
<4> “Drawing down the moon / Song of Zenana / Aspecting” – Time for the big one, my anthem y’all.   Two minutes in and this song is still very ambient, a field recording.  Drone.   Now we’re getting some noises that do resemble sirens.   We’re approaching the five minute mark and it’s quieting down.  I believe we’re going into the second song here.   It’s slowly coming through in ambience.  If all the kids get picked up early today, my wife gets out of work early, so I keep hearing car doors slamming and thinking she’ll be up here any minute.   This is like a slowed down version of FNL.   And now I’m contemplating why we don’t have as many eunuchs any more.  Do you think plastic surgery has done away with them?  I don’t care, I’m going to bring that word back.  My noise/ambient/field recording/experimental band name shall be Epileptic Eunuch.    At 8:40, we appear to going into the third and final track.  Although we’re at nine minutes and still nothing.  Something outside just jolted me.  Damn $100million construction.  Some music is sort of picking up here, like an old radio lost for decades only to be found and still transmitting somehow.   At ten minutes, I still feel like a field recording.   Eleven o’clock and no real change.   Now we’re getting some whirring.  I feel like a metal detector gone wrong.  Nearing 12 minutes and we’re getting quiet.  Yeah, I think this is done.  And it is.
Posted by Joshua Macala at 9:49 AM