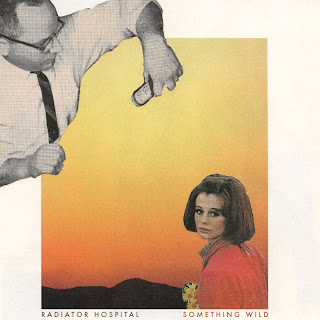 From the get go, Radiator Hospital reminds me a lot of The Benjamins.   That isn’t to say that their entire sound is on that indie rock side though because some of the songs are fairly short and fast, bringing out elements of punk rock for certain.

As I listen further into this album, I can hear bands like Hunx and High Pop coming out.   There is a slower song, almost like a ballad, and then some songs can get to be surf in some ways as well.   (I’m even thinking Don Ho)

Realistically, when all is said and done at the end of this fine album, I just end up thinking of Radiator Hospital as being a band that could very easily be on the Angus soundtrack and that makes them tops in my book.
Posted by Joshua Macala at 11:45 AM