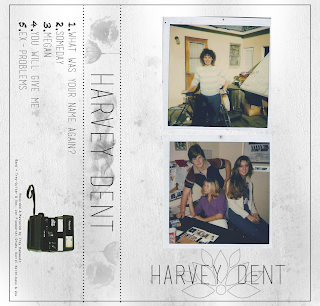 This is somewhere between some screamo/emo band, because it does have that gritty punk feel to it with the breakdowns and all, but then during the verses when it’s a little bit not as heavy it reminds me a lot of The Canterbury Effect.

There are background screams and, sure, there are bands that perfected this style of music over ten years ago.   Bands these days just don’t seem to get it though.   Except for Harvey Dent, which is kind of funny since he becomes Two Face and this band goes between the melody and the hardcore.   But yeah, I’d say this band is one of the better ones to come out in recent memory with this style that for intents and purposes should no longer exist.
Posted by Joshua Macala at 10:18 AM