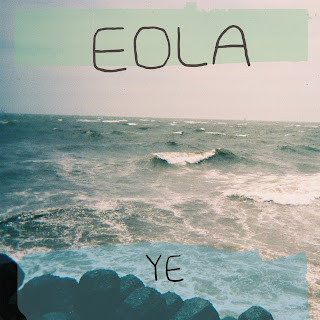 This album begins with noises I can’t quite make out, but then I realize that it’s mostly just voices singing.   It’s somewhere between what I would think of as being accapella, only not, and also those Gregorian Monk chants that were so popular once upon a time.

In some ways, this reminds me of The Bobs as well, though the songs tend not to really have words and just be a mixture of “oooohs” and “aaaaahhhhhs” and just vocals sounds of that nature rather than the actual formation of words.

It’s quite interesting to say the least.   During the first song, my wife and I just kind of looked at each other like, “What?”, but as it goes on it gets better.   It starts bringing out hints of doo wop even, with that whole “In the Still of the Night”/Boyz II Men vibe down.

More info can be found here:

http://eola.bandcamp.com/album/ye
Posted by Joshua Macala at 11:31 AM