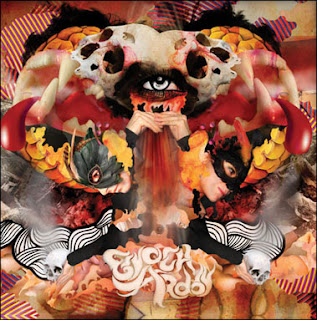 In the early 2000’s, I began listening to this screamy metalcore type of music.   It was becoming popular at the time, as the east coast had a good scene for it, especially in Boston.    I also began to develop a theory, that has only seem to justified itself further in time, that hardcore bands would eventually break up and the members would join emo/post rock bands.

My theory was based on the notion that hardcore musicians either couldn’t scream as much, couldn’t play as fast or just got less angry.   At this time, as I progressed in this hardcore scene, I also began to control my anger a lot more and listened to this music a lot less.

I’m not sure if it went away or I abandoned it, but I like to think it was a little bit of both.

Now I’m rediscovering it with new bands and it’s been a blast so far, even though I don’t feel angry in general (Somehow, I feel as if that makes the listening experience better overall)    And I got to thinking about whether or not this music had always been there and not all the bands broke up or new ones formed that people kept following.

What I’m trying to wonder is if anyone out there has hung on to their anger for the last years, while I seemingly let it go and have come back to this music in a better place.
Posted by Joshua Macala at 10:07 AM