When I first heard Before Braille I really didn't know what to make of them.   They’re a rock band at heart, somewhere between one of those post genres like post punk or post rock or maybe even post hardcore.   But they had this quality that made them stand out and I just couldn't put my finger on it. 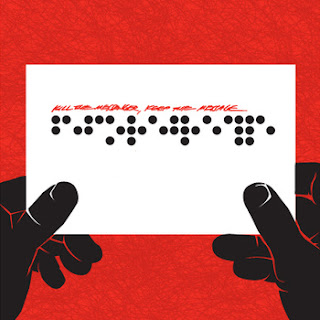 Many listeners would probably be easy to write Before Braille off in the way most critics would by comparing them to one of those cool older rock staples like Pavement, GBV or whoever they happened to be really into at that time.   And while you can draw certain comparisons, sure, there isn't really a way to pinpoint the exact sound of Before Braille.

One of the most striking things about this band would have to be the vocals.   You know, I was a kid like anyone else, growing up on punk rock.  I listened to Epitaph in my youth, which was when Punk-O-Rama first started.   I became a huge fan of Ten Foot Pole and even interviewed Dennis once.

Then when I was eighteen I made the mistake of working at a record store and I got a compilation from Vagrant Records which at the time was home to Automatic 7, The Hippos, J Church and others were on the compilation that, you know, doesn’t look quite the same these days.

Well, I really fell in love with a band called No Motiv and felt like their singer always resembled Dennis from Ten Foot Pole.   My theory was that TFP was this punk band and No Motiv was what it would be like if they were more of an emo punk rock band.


Rocking music aside, you cannot ignore the anti-corporate lyrics of these songs either.  “Cut off my hands so I don’t have to sign anymore contracts” seems to sum it up pretty well, but it is rare to find a band that can rock this hard and also make this much noise lyrically.


"Kill the Messenger, Keep the Message" is available from Sunset Alliance at this link:

You can download it for $5 or you can purchase the CD for $5 and receive a free download with it, so really, you should just buy the CD because they're the same price and this way you get all the pretty art work.
Posted by Joshua Macala at 8:34 AM