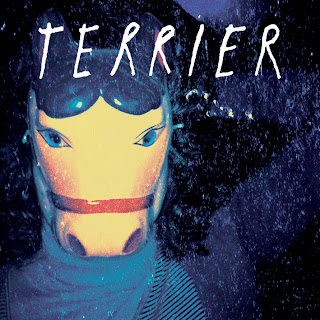 I found TERRIER via Band Camp via a compilation that also played host to a number of other bands I’ve been finding myself listening to and reviewing lately.

At the heart of these six songs, TERRIER has all the qualities of what I would refer to as a dream surf band.   They have that surf rock sound, yes, but they are also quite dreamy.

I truly do believe that if Frankie and Annette were born in this modern age of music, they would have ended up sounding something more like this, so just think of TERRIER as a modern Frankie and Annette, which is a compliment.
Posted by Joshua Macala at 8:46 AM