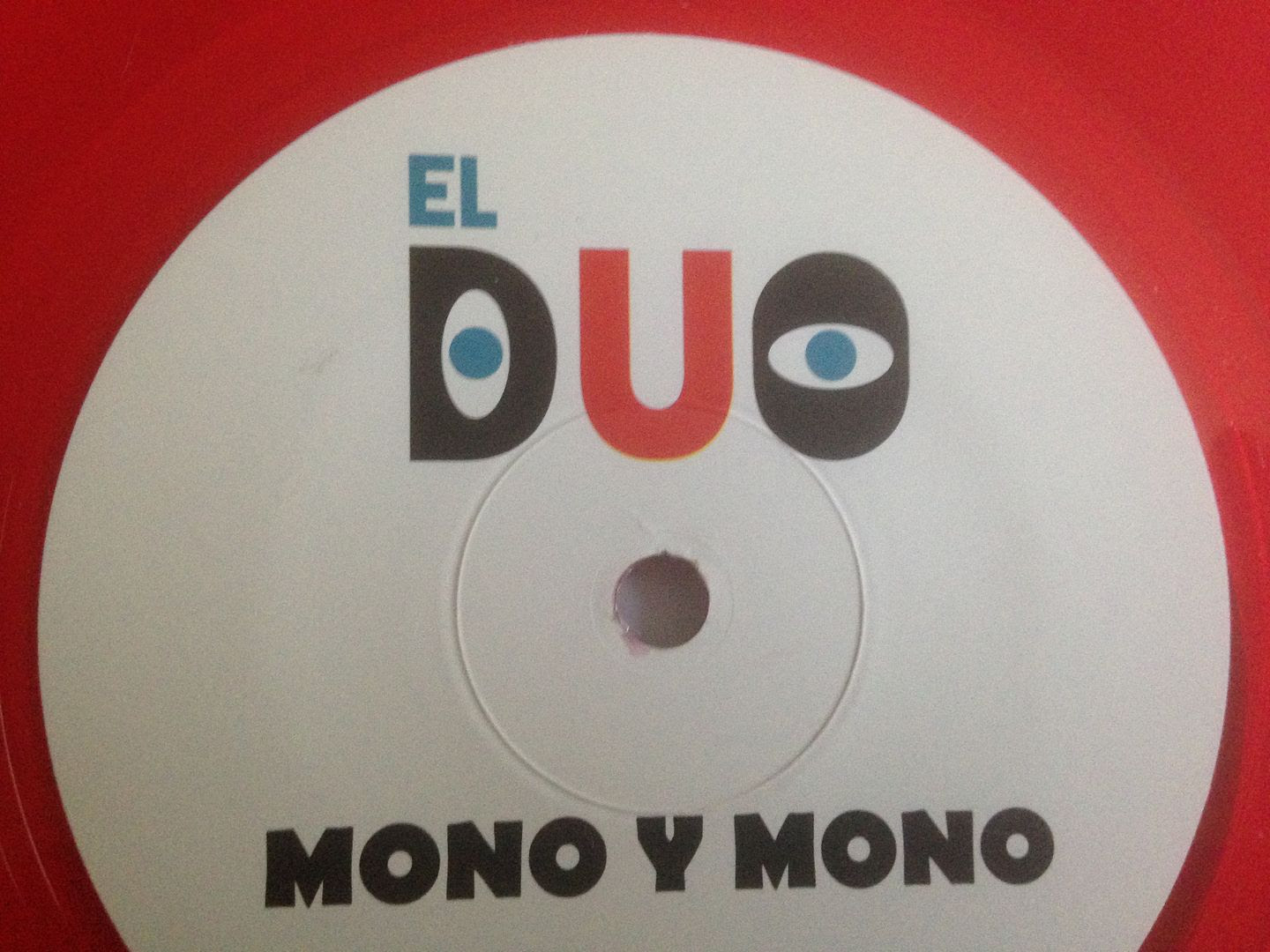 El Duo is a duo, as in it is two people creating this music, but I also can appreciate that this is two songs on the 7" record and as the title is "Mono Y Mono" it has one song per side.   It's a throwback to when they first had records and singles but only this time it's not so much of "Side A is a radio song and Side B is just on there for fun", it's two songs which are both meant to be heard and each should be taken as seriously as anything else.

The first song is called "Poko" and it starts with dreamy bells.    This shaking winds in and there is a driving force behind it as well.   It's funny that this shaking sounds like how you get a plastic egg for Easter and put rice or whatever in it and that's how kids can be taught about music, but they have much more professional type of shaker eggs out there it's just that's what I always think of for some reason.   These tones come through and this feels partially like something you'd hear in an elevator or maybe it's just because I want to see this as a music video with various people getting on and off an elevator with El Duo standing inside, playing this song, the entire time.

These sort of sonic whirrs come through as well and they really lift up the song.    It feels like there is a lot going on because there kind of is but it makes for a song worth listening to more than once so as you can feel like you truly begin to appreciate it.     On the flip side we being this bell shaking which makes me feel like we're about to count to three and then kick into heavy guitars.   Something more supersonic comes in though and it has this western disco feel to it, a bit like Fastball but mixed with something electronic.   There is also an idea of Beck in here.    Vocals kind of come through also, making this not completely instrumental though the first song was.

With this cool, smooth relaxing sound this electronic keyboard rhythm comes through as well and it begins to feel like The Doors but if The Doors were being covered by The Rentals and it was instrumental.    This song also the distinction of being both energetic and relaxing at the same time, which is not easy to do.    For me, the biggest thing when it comes to records and physical media in general is that if you're going to release on a physical product it has to be worth it.   I don't mean that in a way that puts one form of media over another because whether I'm putting on a record, cassette or even CD it's all the same to me in terms of the efforts involved.

So what you need to think- and how I see this a lot- is whether or not it is worth it to get the record out of the sleeve, put it on the turntable, move the needle over and then after one song flip the sides and do it all over again.    For me, the answer is yes.   Whether you flip a record after five minutes or twenty minutes shouldn't matter so long as what you're listening to is worth the time of putting it on and not just pressing play on a website and El Duo's "Mono Y Mono" is worth every second. 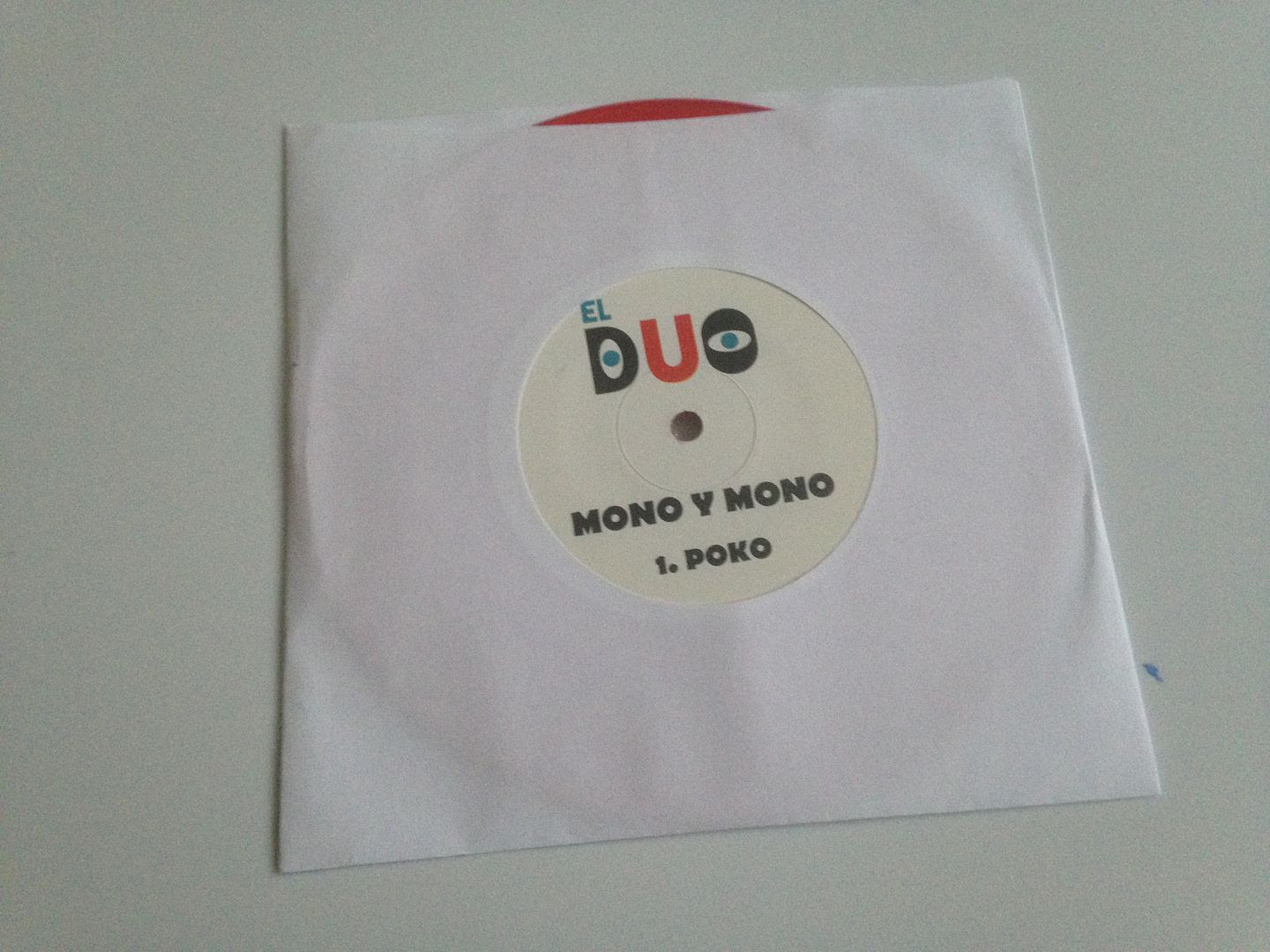 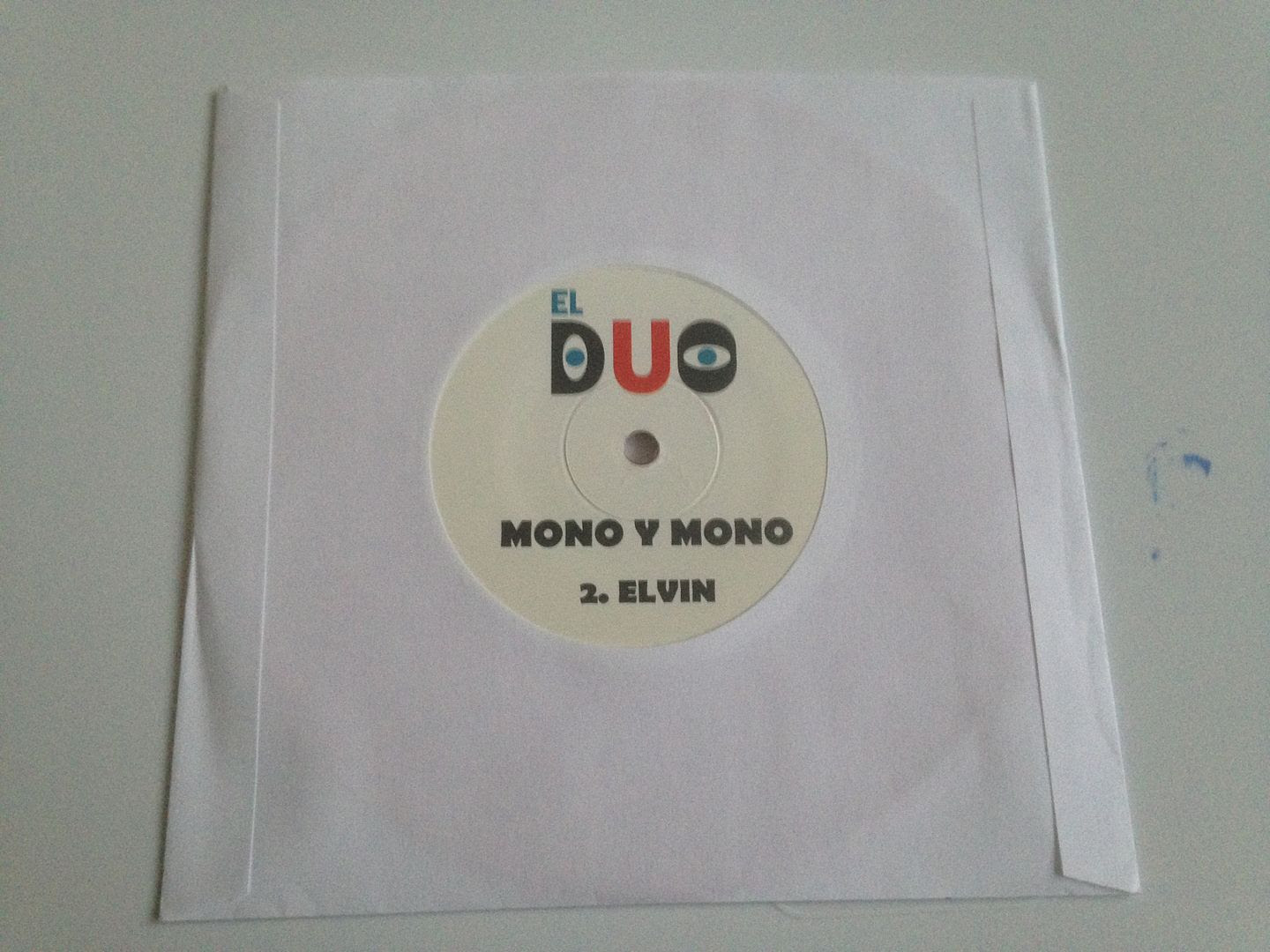 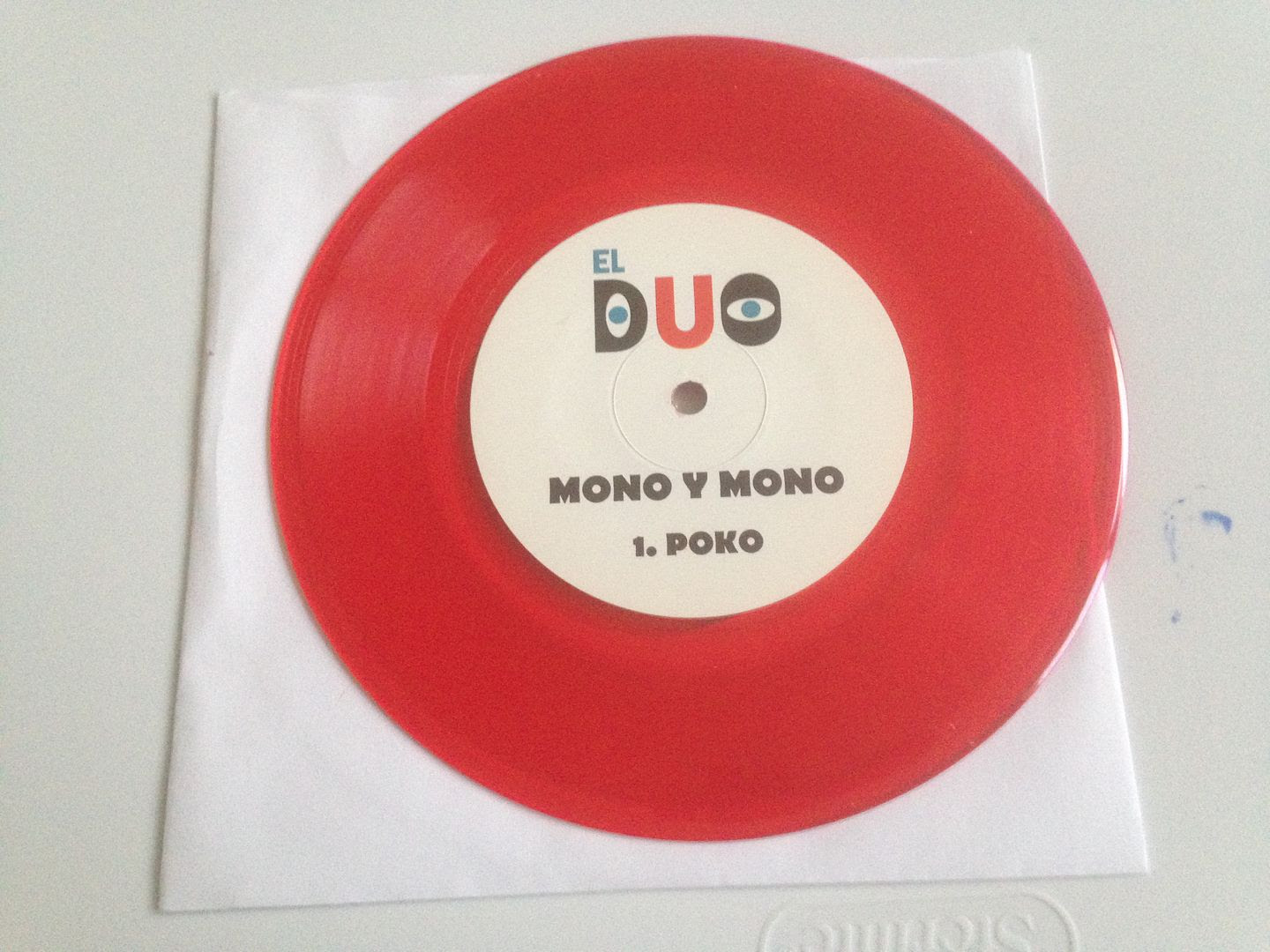 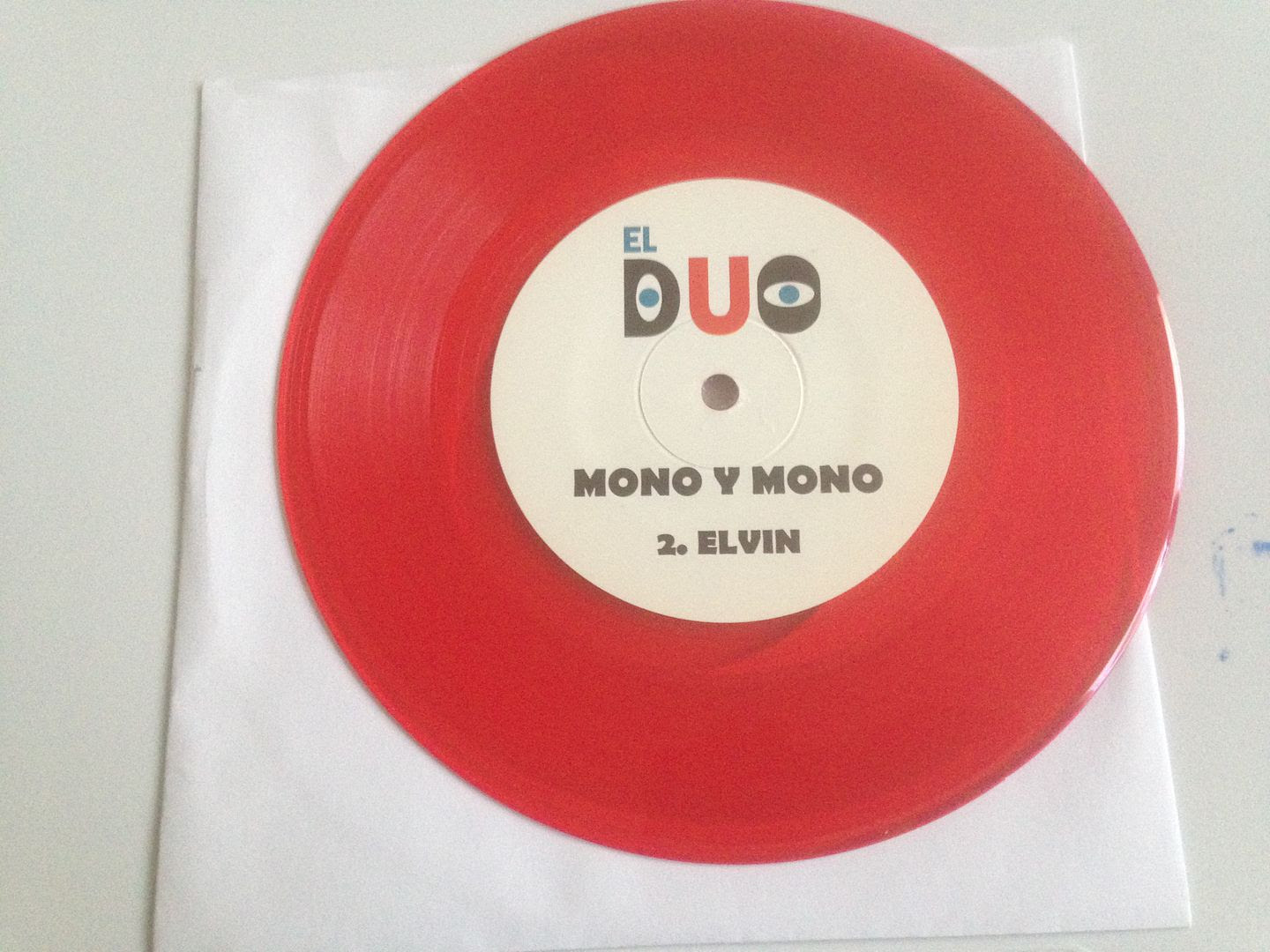 Posted by Joshua Macala at 5:57 AM