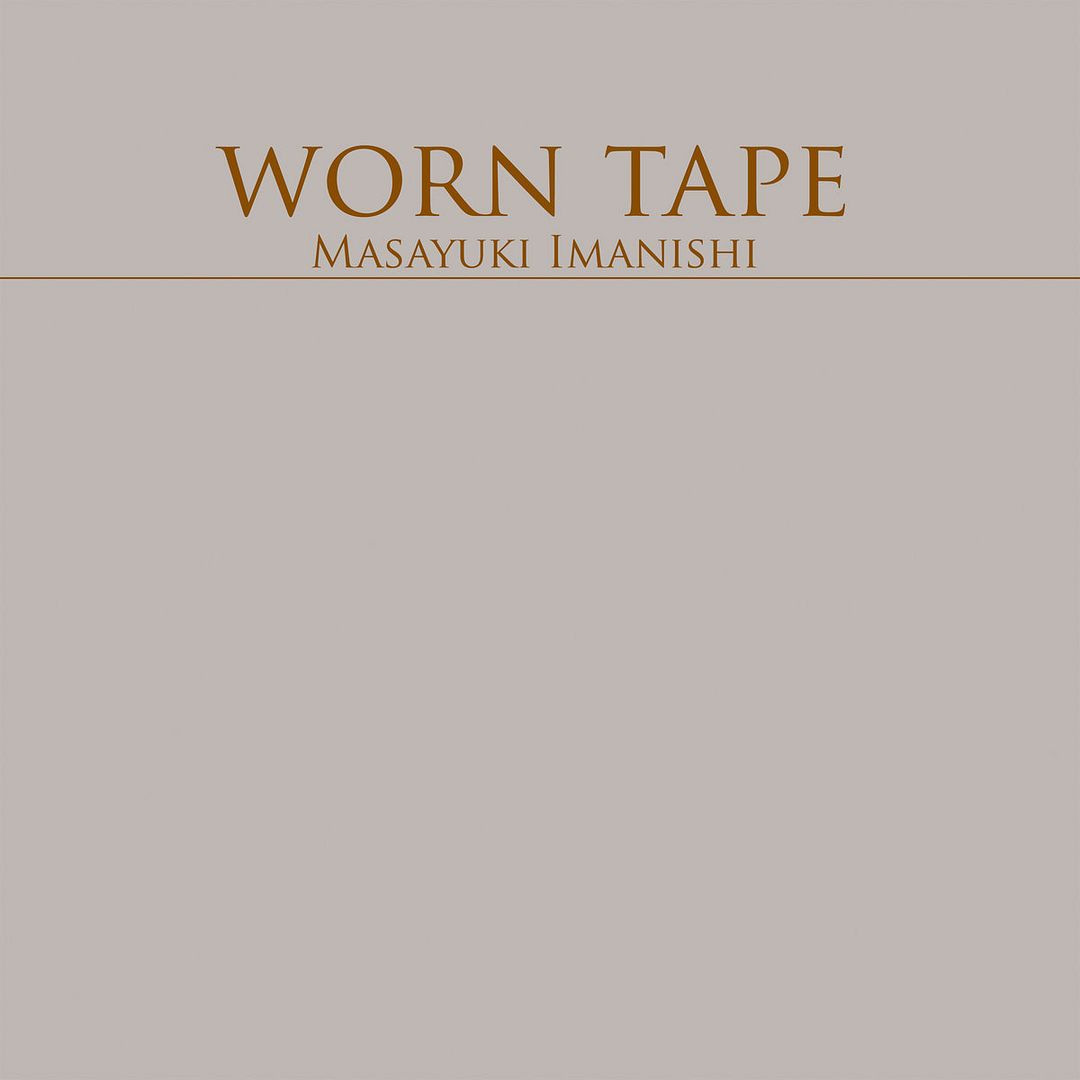 "Worn Tape" begins with a sound which could be a field recording but also has the feel of a car starting behind it.   There are bangs like footsteps or doors closing, slight water drips and just echoes into a bucket but also in a rather digital (like Phil Collins drum machine) way.    It is quite the tone to set for this album when it begins with what could be an action we are blindly seeing in a movie (I imagine someone in the woods, while it's raining, doing something with their car) and then it transforms into a song.   There are these windy scratches unlike anything I've ever heard before.    It's somehow hollow but still has a vibe to it as if you could see these sounds you would recognize that something important was happening.

Crackling- somewhat like static- and the sound of more water running or even poured comes out next.   There is a frequency buzz.    Through the flicker we get into this space type whirr that could be a helicopter but only if it was able to travel into outerspace.    Records play static and I still feel like I hear a dog barking but I'm pretty certain that I don't.    Something is scraping, shifting around.   It sounds like concrete.   Lead pipes and bamboo sticks.   Static scrapes.   Though this could be minimal- only a few sounds at a time, and none too brash so far- it's not actually calming.   There is something serious about it which is keeping me on my toes, like any second a bomb will go off.

It's growing quiet to the point where it is almost non-existent before it fades out at the end of Track 3.   Track 4 starts off just as slowly, just as quietly.    A slow, sort of shovel digging sound can be heard as the rapid tapping of a propellor echoes in the background.    It's quiet, like stepping on fallen branches in the woods, the slight sound of the shovel dragging.   Yet it gives off the intense vibe of a horror movie soundtrack.   Something terrible is about to happen-- I can feel it.

The wind continues to crack.   So close to silence, beeps like a droid or some form of technology based communication come through now-- like a modem, but rather muted.    It's static, like some device is in use- a blender perhaps- but it is still not as loud as you might expect.     Though the next sounds have this wind chimes/xylophone base to them which I feel they actually are, they somehow also sound like ice cubes to me for some reason.  A chain of metal continues to slink.    More water-based sounds and even some footsteps now.    Scraping and water.    Scurry, rats, scurry.    The bottle rolls.

Track 7 begins with a bit more jangle, some shaking and there are elements of water in here as well.   I can only imagine how this must look if you try and imagine every sound for what it is-- water being passed from one container to the next for example.   I feel like I hear a voice coming through in a machine type of way but then it just becomes the screeching of what sound like mechanical rats.    More static skips bring about radio station switches.   This slight buzzing feeds the static.   A television set with nothing on but dead air.   Footsteps in the woods again.

By Track 9 the sounds of digital crickets comes to the front.   There are bottle clanks in the background, but I mostly hear the crickets turn into this jungle/underwater theme which is an interesting place to go based on where we have been.   Why do I keep thinking of the movie "Cabin Fever"?   Back into the rain again.   Sweet static and water is a lot of what these songs are made of.     A thunderstorm now and I hope we are inside because it sounds bad out there.    Lightning cracking, tree branches breaking.    This could very well be the end of it all.

Bug zappers and static bursts are on the final track.   It sounds as if someone is trying to connect two wires together, the way you'd hotwire a car, to get a modem to connect to the internet.    A creeking, as the door could be slowly opening, but as we reach the end I would say rather that it was slowly closing.   The intensity level on this album is off the charts and if there were one final BANG! with the sound of the door being slammed shut it might just be the most terrifying thing I have ever heard but in the best possible way.

Posted by Joshua Macala at 5:11 AM