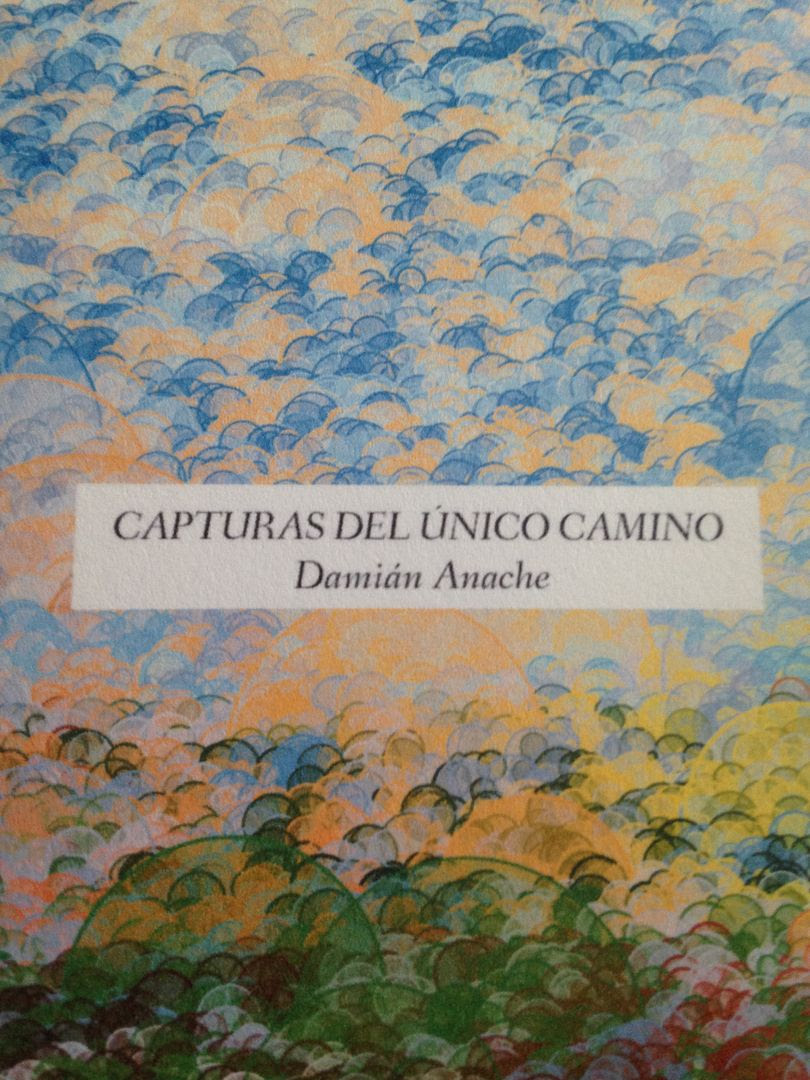 To show you how diverse a label such as Already Dead is (Which you should really already know by now) we go from the beats of DarkoTheSuper to Future Slum to what can only be described on this cassette as minimal and ambient.    The fact that a label can stretch from genre to genre just makes me like it that much more because it shows that it isn't going to limit itself by labels but rather just release music which they enjoy and hope that you enjoy as well.   It's like I've said since I was maybe fifteen years old-- good music is good music and so I'll never say "I don't like country" or "I don't like classical" because it's just a matter of not hearing something you like yet.

We begin with the sounds of the dark, deep sea.   It's guitars tuning in the notes and piano keys deliberately struck.    A desolate sound can bring out little feelings of The X-Files and bursts of sharpness can come through louder and louder.   It's almost as if the music is trying to gently soothe you to sleep, only to wake you up at certain times as if to say, "Not yet".   I imagine it as being a classroom for some reason- the students are bored by the lecture and so the teacher will occasionally drop a book or smack the chalkboard with a ruler.

A sound which could be described as a trained throat singing comes through but it might be a different instrument.   Space whirrs lead to heavy breathing and it does sound like it has gone from being underwater (or elsewhere) into space for that reason.   Whenever you think of that "One small step for mankind" line from space you always have to imagine the breathing within it-- kind of like Darth Vader only not.

On the flip side there are more of these sort of electronics sounds with sonar blips.   Ringing guitars and some sharpness come through when it is not otherwise calm.    At first I can hear the sounds of water drops but then it ends up just sounding like running water, as if we are near a stream perhaps.     It makes me wonder if we weren't in space and some other planet searching for a source of water this entire time and that, by the end, is what we find.

And perhaps that is the best quality of this cassette: you can certainly think of it as a choose-your-own-adventure style piece of music where each listen can provide a different story.   Even after your own first time listening to this (or reading how I imagine it) you might think to yourself, "No, I don't hear that now.  Instead I hear..." and then come up with your own ideas.    Music that makes you think is always tops in my book. 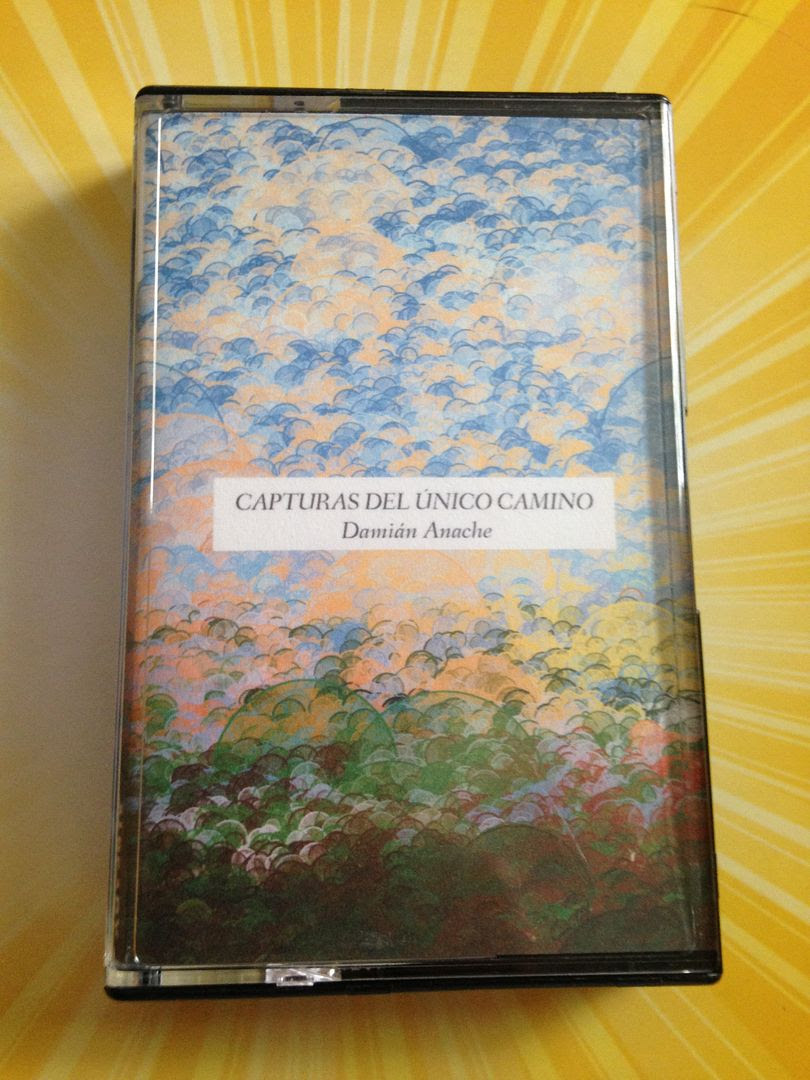 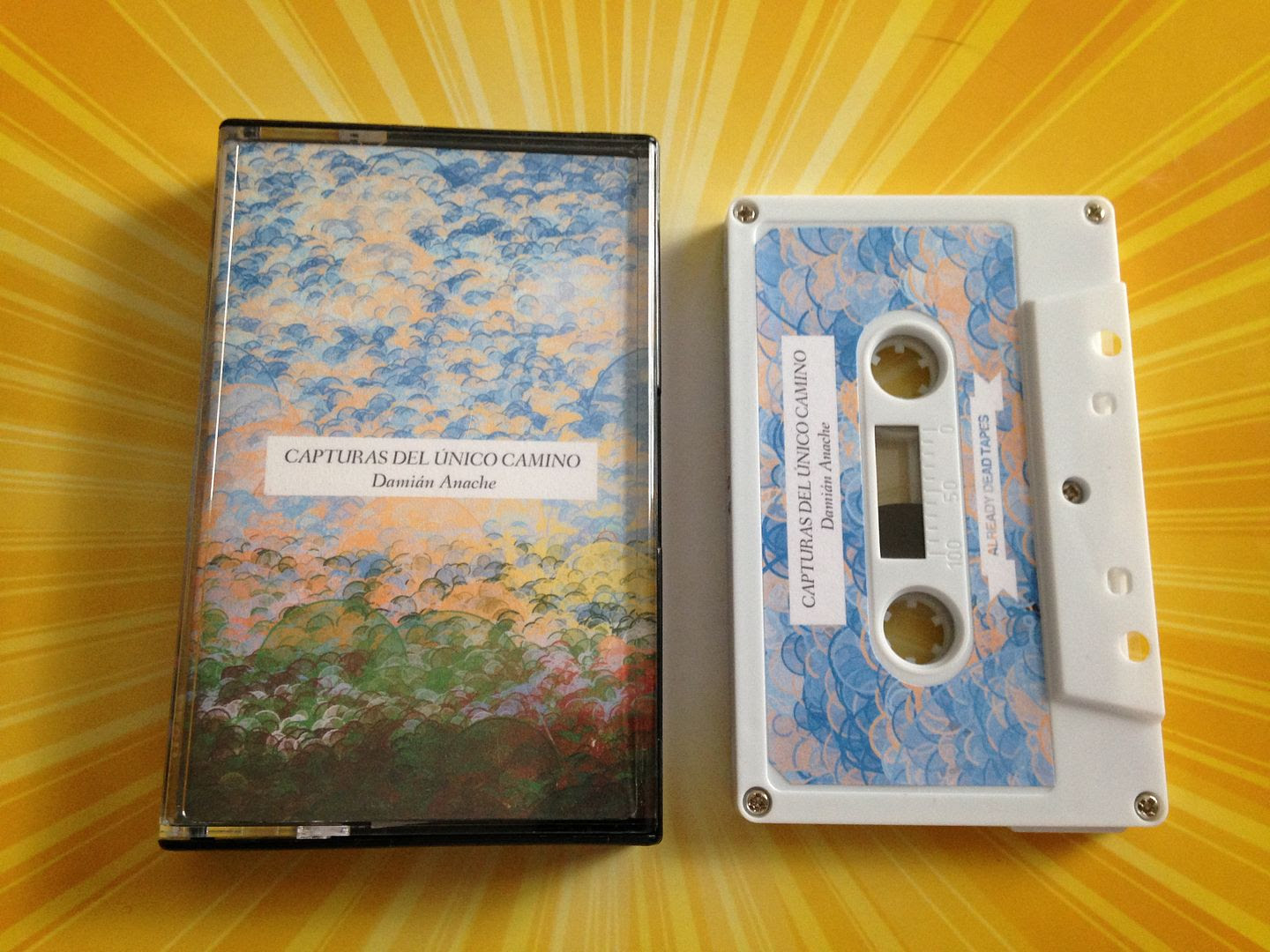 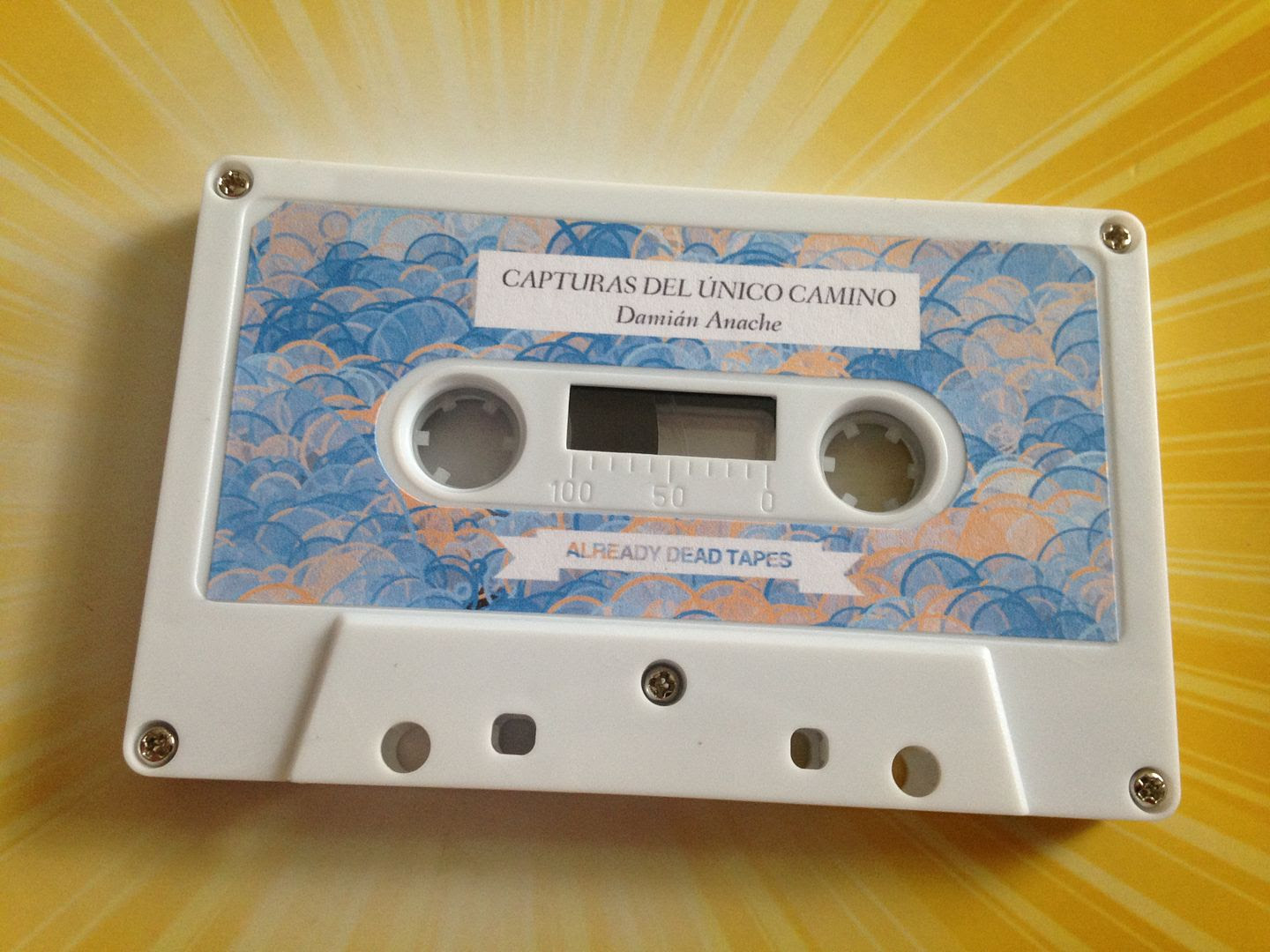 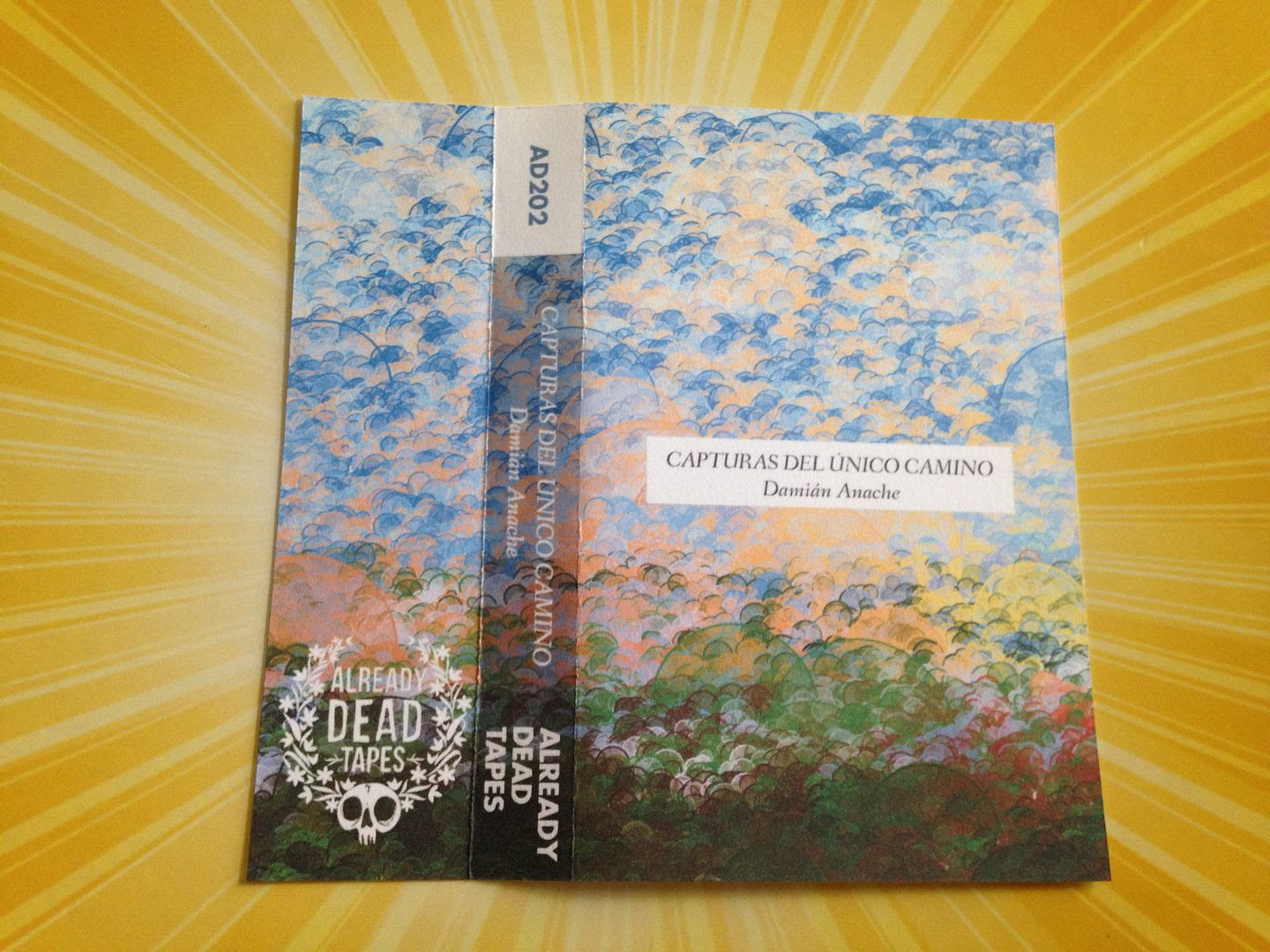 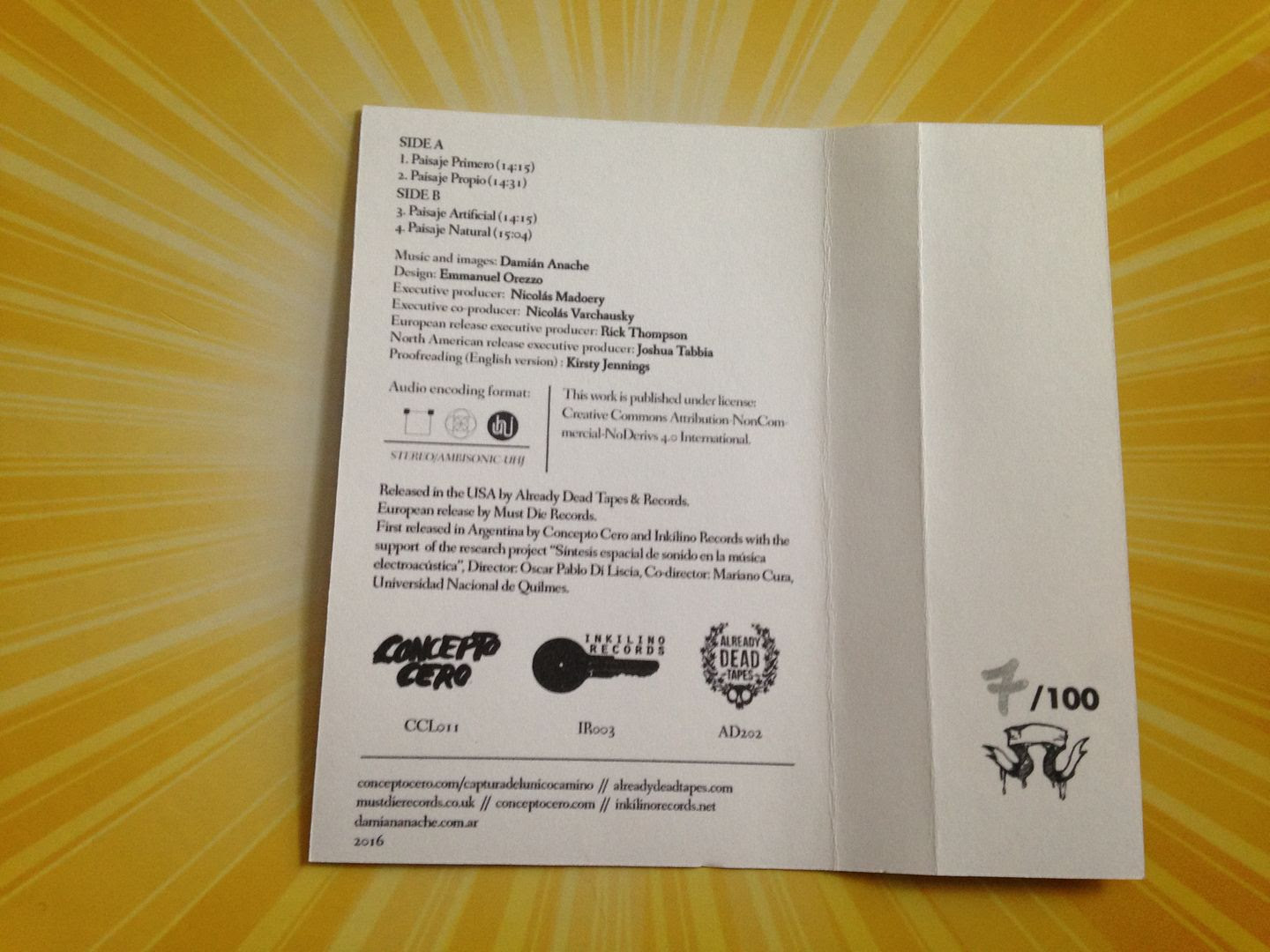 Posted by Joshua Macala at 7:24 AM