When Neville was announced for his first action figure in WWE I was excited.   As the Basic Series he was a part of began hitting mass retail he was announced for an Elite Series as well.   If we found his Basic figure I would likely just let Quentin play with it and then decide whether or not to get the Elite figure because it could go on a shelf.   Well, we never saw the first Basic figure of Neville in stores and he was later released in a Walmart Exclusive series where we saw everyone from that series except for him as well.   I thought we'd never see Neville in stores, but he was at one point on RSC for $17.99 (this Elite figure) so I wasn't too worried about it.

On our way to the Bees-Bluefish game we stopped at our Walgreens- literally within walking distance of us- for cash for whatever reason and Gina ran in while Quentin, my dad and I stayed in the car.   Since we had previously found Kalisto at the Walgreens in Danbury I reminded Gina that if she saw Neville to buy him.   When she came out with the bag I could immediately tell she bought him.   In some ways, you could say I still haven't seen Neville at mass retail because I didn't technically go inside Walgreens, but I'll let it slide this time.

Back in the early '00's I was really into professional wrestling and even more so into trying to make custom action figures in the Jakks RA style of every wrestler I could.  If I saw a match of someone, I wanted to make a figure of them and I was buying a lot of DVDs and VHS tapes on eBay.   It really got to be an addiction and I've since moved past it.    But I remember seeing the name "PAC" and thinking it was in reference to X-Pac, but he'd keep showing up in places like PWG.    So bringing him into WWE and having him in NXT, yeah, I knew who he was coming in and that twenty-something year old customizer in me is happy to see Mattel make this figure as well.

The right side of Neville's hair isn't painted in the front- it is a small spot- but I'd chalk that up more to Mattel's quality control as of late than anything being wrong with this figure.   I feel like Mattel can get away with this poor quality control though because there aren't six or ten Nevilles sitting on pegs, allowing me to carefully examine each one and buy the one which looks best.   So, all Mattel needs to do is cut their distribution numbers and customers will be forced to buy an inferior product.   Sounds like a good business strategy, right?

Neville also comes with his entrance cape, which he wears over his body and hair.   It's a bit bigger than the one which came with Wade Barrett (who oddly enough feuded with Neville, but not about capes) but the strange thing is that when you take it off of him his hair kind of sticks up over his shoulders, as if something was stuck under his hair and made it not sit on his body quite right.   It feels like his hair should go outside of his cape- and maybe it should- but I just keep tucking his hair under his cape to hopefully help it go down a little.

With this Neville being in purple, I decided to see who else has been released in purple like this so I could form a stable and call it The Purple Nurples.   Matt Hardy has a purple Elite.   Tyler Breeze is purple.   So is Sin Cara.   Wow, this is getting out of hand already.  But, for the record, yes, I have already put the tag titles on Neville and the Kalisto from the same series though I'm not sure why. 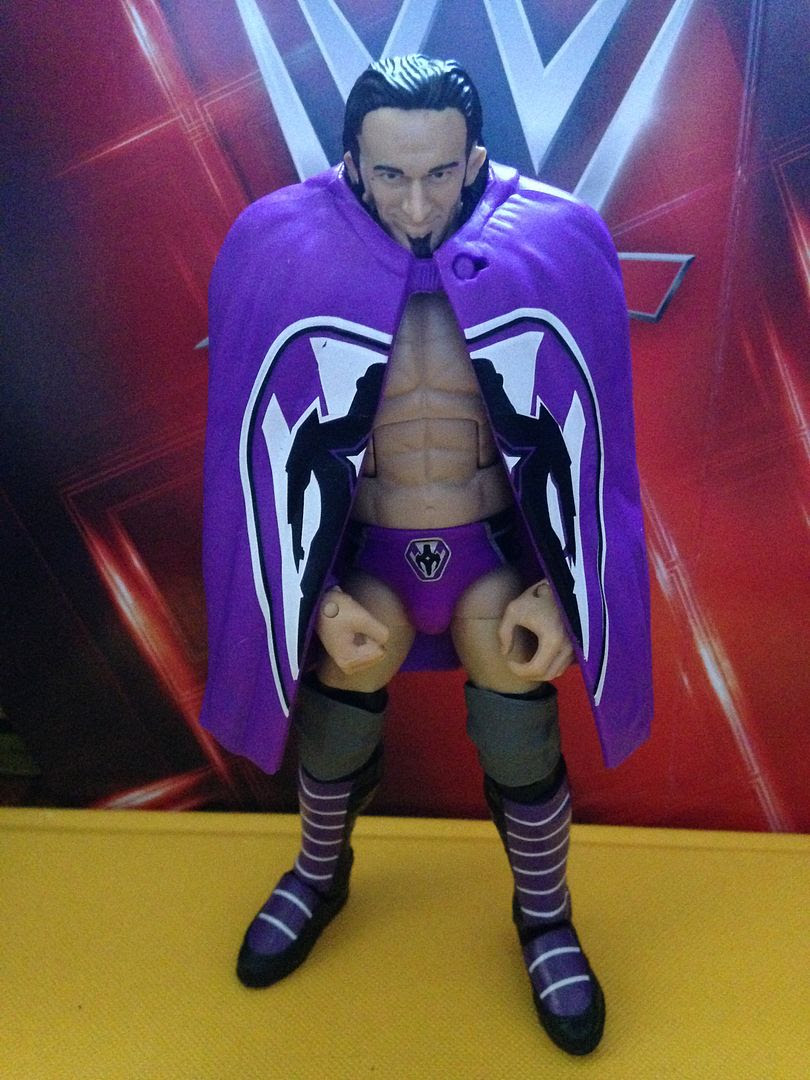 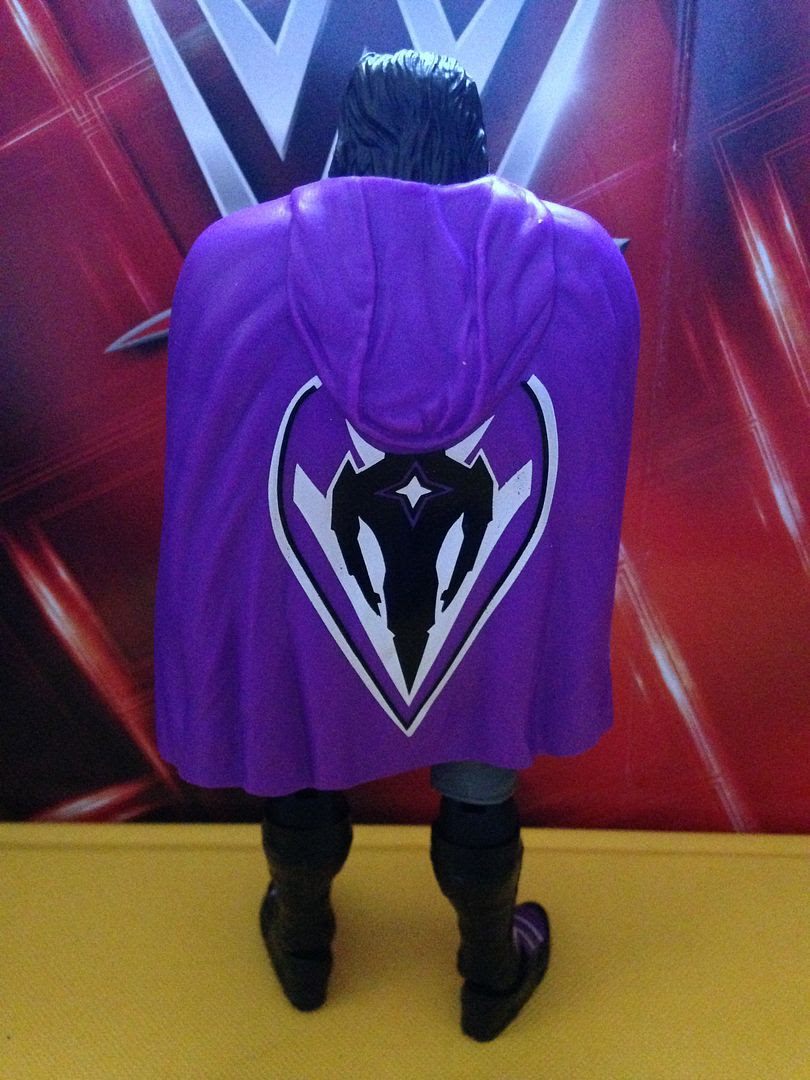 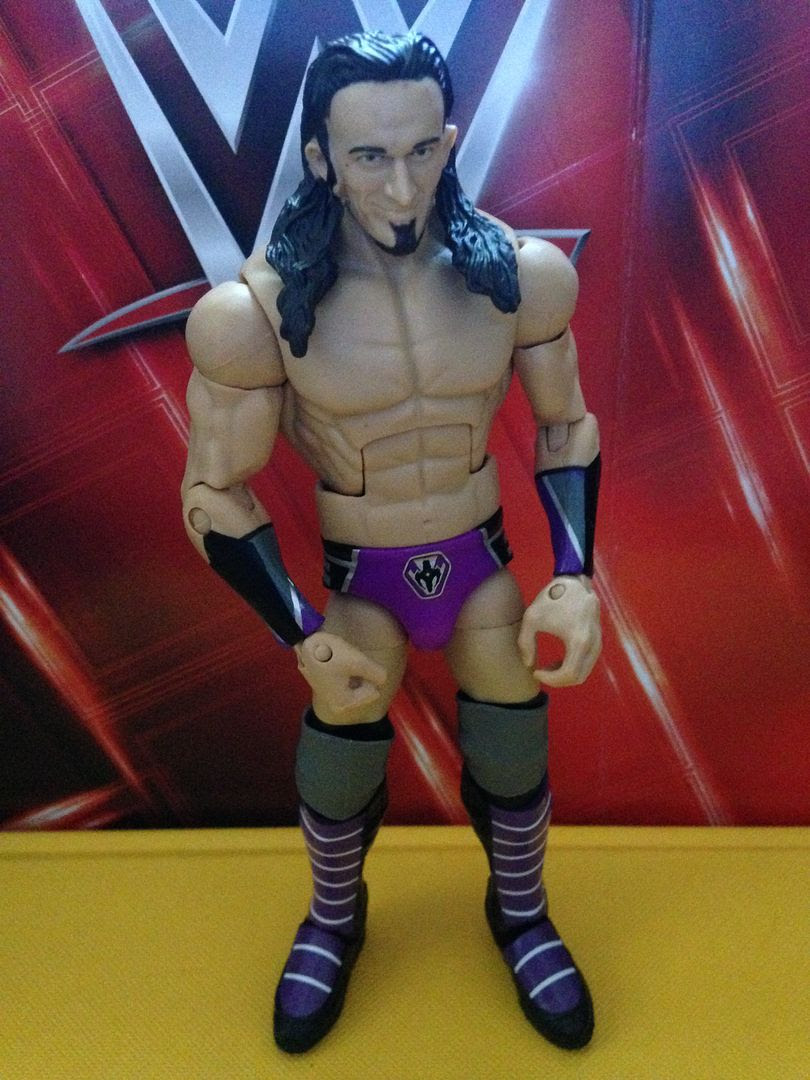 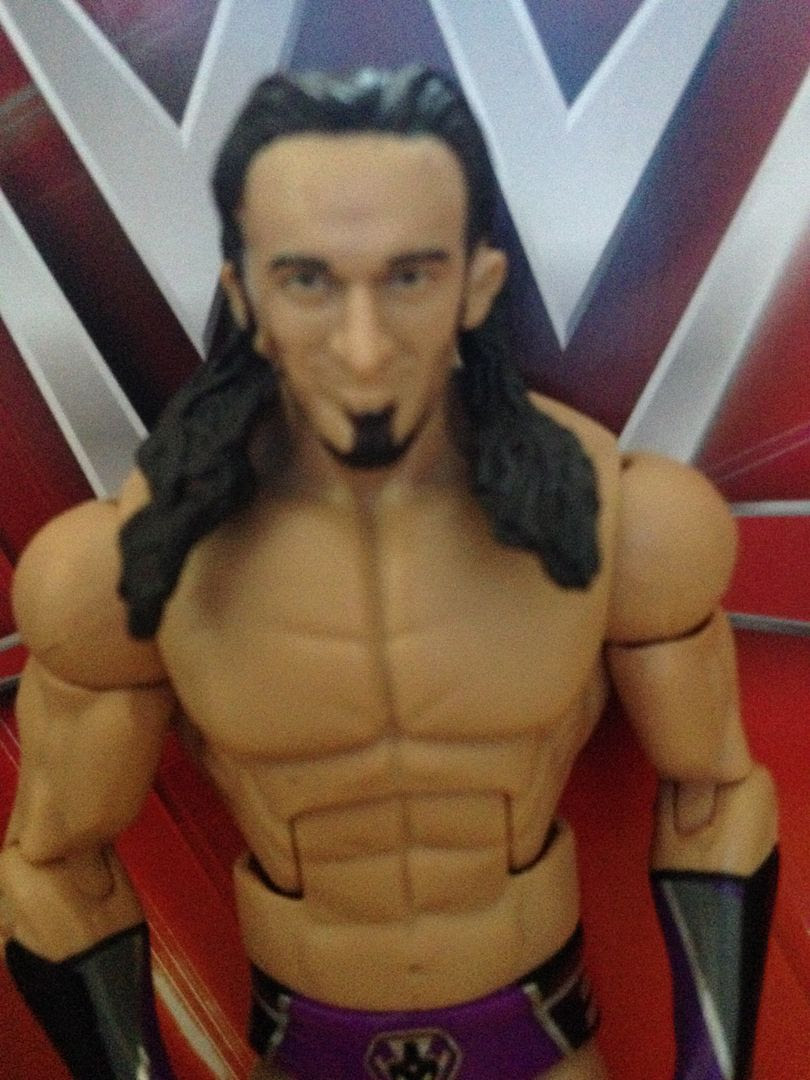 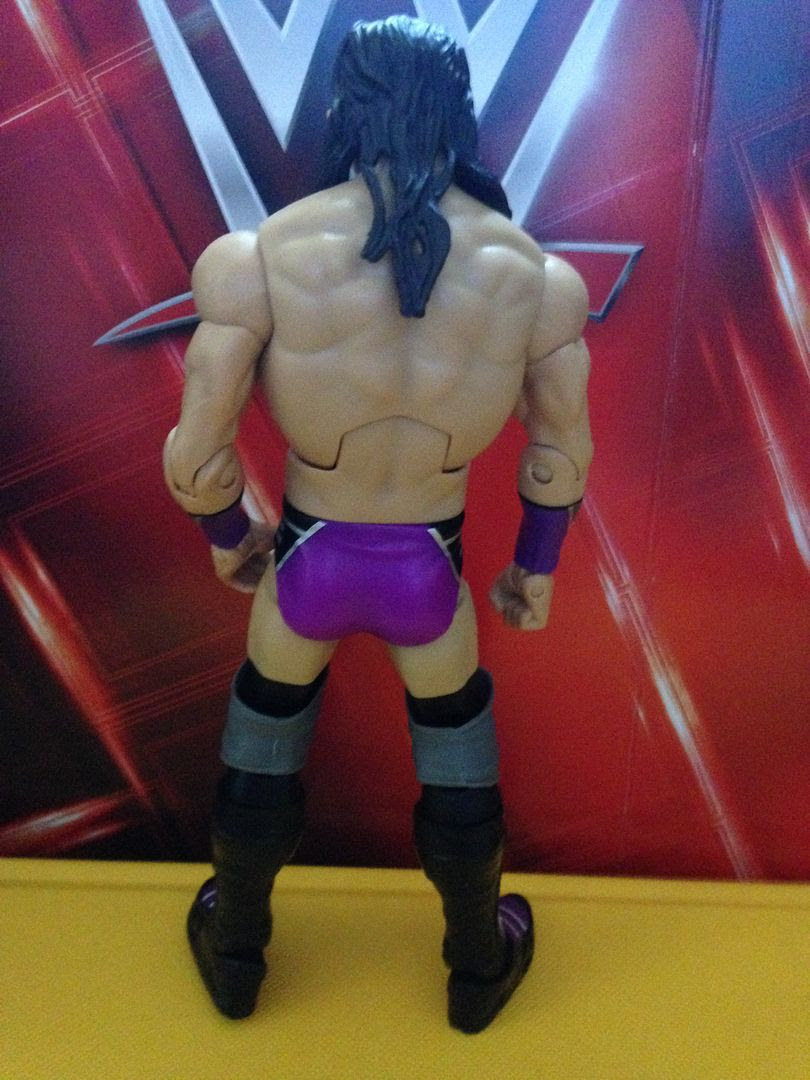