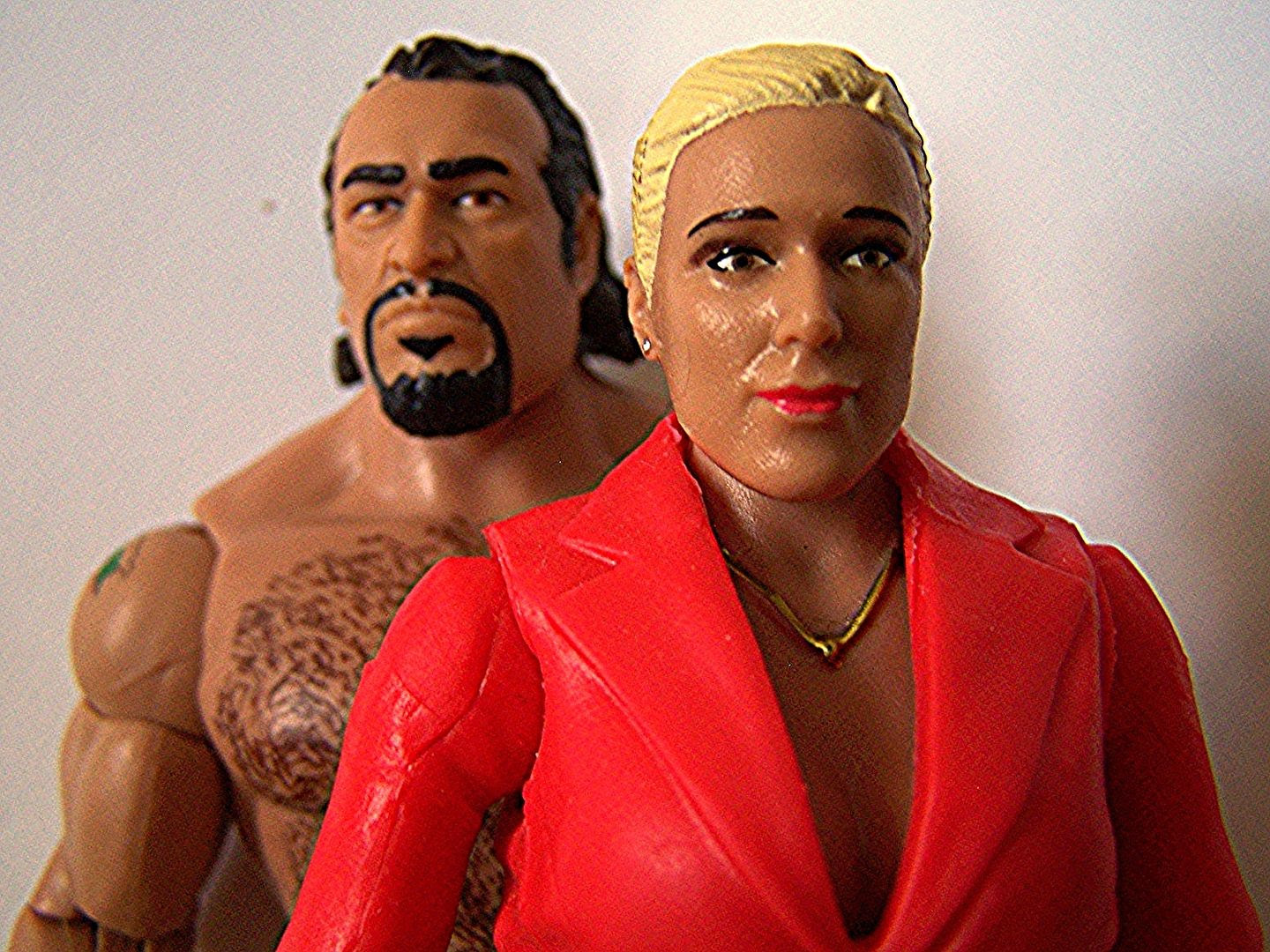 For a little while there, at Target at least, it felt like new Battle Packs were coming out every month or less.  I remember seeing New Age Outlaws, then Big Show & Andre the Giant all too close together.     This might have spoiled me as I felt like it took forever to find this series in stores and it wasn't until we had a chance encounter at Toys R Us that we found it anyway.   Our Targets and Walmarts are still full of previous Battle Packs and what was even stranger was that Toys R Us only had one of each set from this series on the pegs.   I don't need a blue Legion of Doom and while I was considering Hornswoggle and El Torito I thought they came with a ladder but only have a chair and table so I'll wait and see if they go on sale at Walmart or Target and perhaps get them then.

It might also not have helped my situation any that I keep seeing both the Elite and Basic figure of Rusev in stores and so that makes me feel like I've been waiting even longer since I have to keep passing those up.   You have to appreciate the internet though because it helped me make the decision to not buy either of those figures and wait for this Battle Pack instead.   I'm not sure if this figure is exactly the same as the singles Basic release but I wouldn't be surprised if they were the same.   While the Elite one has the articulation and accessories, my theory is that Rusev is a bigger guy so that extra articulation isn't really needed and, well, I'd gladly trade those accessories for Lana since Elites and Battle Packs are the same price.

So this is likely the third time we'll have seen Rusev in stores and though I'm not sure how this figure compares with his other Basic figure I'm sure they're not too different since Rusev wore the same attire for quite some time after debuting (as U.S. Champion) and, well, also just because it would make sense from a financial standpoint for Mattel as the character himself didn't change that much in the time both figures were made.   One of the things that I really love about this Rusev figure is that it feels unique because of his body shape and size and also the fact that he is barefoot.  For those who don't watch WWE regularly, Rusev suffered an injury and wasn't able to wrestle for a while so from here on out it looks like he'll be wrestling in boots.    Still, the idea of him being barefoot with this massive, dominating style body just makes him feel like such a threatening heel and it's not just "Oh look, another big guy", which seems to be the case with WWE action figures-- at least when it's not another small high-flyer guy.

Lana is actually the jewel of this set though (Just like in real life) as she is simply flawless.   As an Elite figure, Lana wouldn't be too much different and really I don't see why you'd need that extra articulation when Lana doesn't fight but rather just manages Rusev (or at least did).   From the high heels to the skirt and blazer there is just nothing wrong with this Lana figure.   It's simply perfect.    And while I would have had no problem buying Lana as a Basic singles release, I would have had no guarentee of finding her as divas can be tough to come by and this just somehow seems to make it easier.

If you don't follow WWE, since the planned release of this set and it hitting stores, Lana and Rusev have broken up.   Rusev is now with Summer Rae (Who is dressed to look like Lana) and Lana is with Dolph Ziggler.   Do I think this will lead to more figures for these two?  Absolutely.   A singles figure of Lana and possibly a two pack with Dolph Ziggler could eventually happen.   Rusev has some other singles figures coming out already but I'm not sure it's worth putting him in a two pack with Summer Rae.    As mentioned before as well, Rusev does wrestle in boots now so I expect to see an action figure to reflect that ultimately as well.  (Though knowing the WWE marketing team we'll more likely see a Dolph Ziggler/Rusev Battle Pack before Lana or Summer Rae again.  I also feel like a Rusev/John Cena Battle Pack should come out but I don't want to waste a potential tag team spot that Lucha Dragons could fill)

As I'm looking over pictures of the singles release figure of Rusev on Ringside Collectibles, I can immediately tell you two differences between that figure and this Battle Pack one.   For one thing, the stripes on his trunks (In the form of a belt and then down the sides) are solid blue with white borders on the singles figure and yet with this figure they have red and gold added in with them.    Somehow, that seems to make this figure have more detail which, yes, I do find odd for the Battle Pack as I think the singles release would have had more detail.   The singles figure of Rusev also has his mouth open where as this figure has his mouth closed, but those are little differences I can live without and still feel overall that this is the better of the two Basic figures here in the Battle Pack.    (Not even the Elite seems to have this much color in the belt and the fact that the articulation on the Elite breaks up the back tattoo kind of bothers me)

Lana and Rusev belong together just as much as any tag team if not more.   It's not like WWE has an established list of managers or anything, as they don't seem to cater to them much anymore.   If you look at characters like Brock Lesnar and Jack Swagger who have managers (If Zeb ever comes back) they didn't always have them.   When was the last time someone debuted with a manager and it stuck for this long?   Just look at the upcoming Battle Packs if you're not sure and, yes, I realize Jack Swagger is going to be released with Zeb Coulter in the next series.

In fact, in the next series I might not actually buy any of the Battle Packs, but then by Series 36 I'll probably get the Dean Ambrose/Seth Rollins set to have them updated and then at Series 37 we will see both The Ascension and J&J Security which will be hard not to buy.    Still, Lana and Rusev could quite easily be the best Battle Pack released in 2015 and in quite some time as well.   I want to say it's the best Battle Pack ever but The Usos did come with a surfboard. 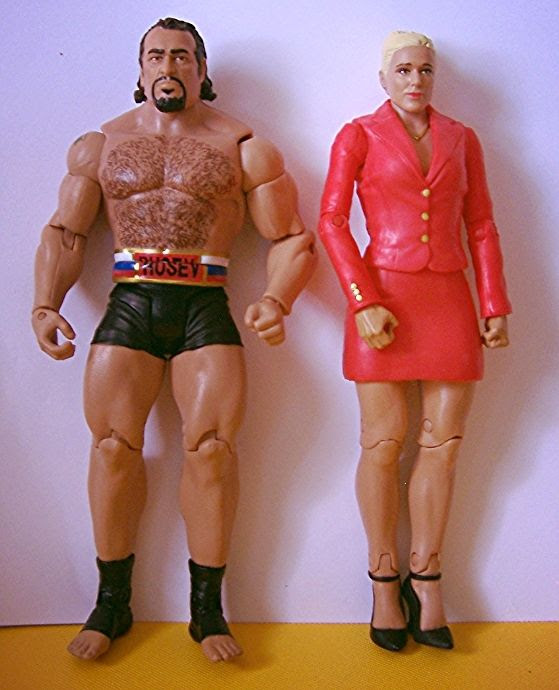 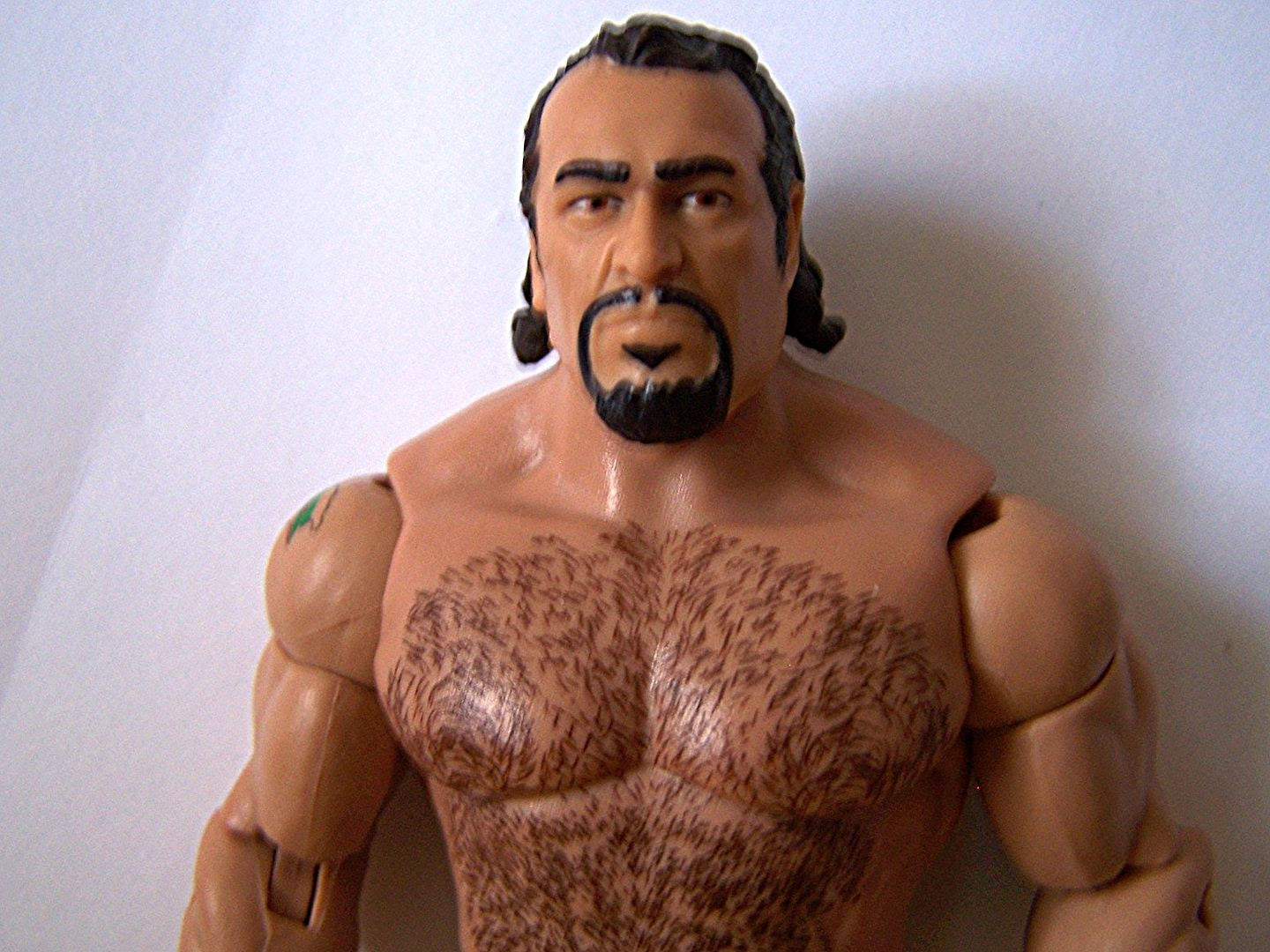 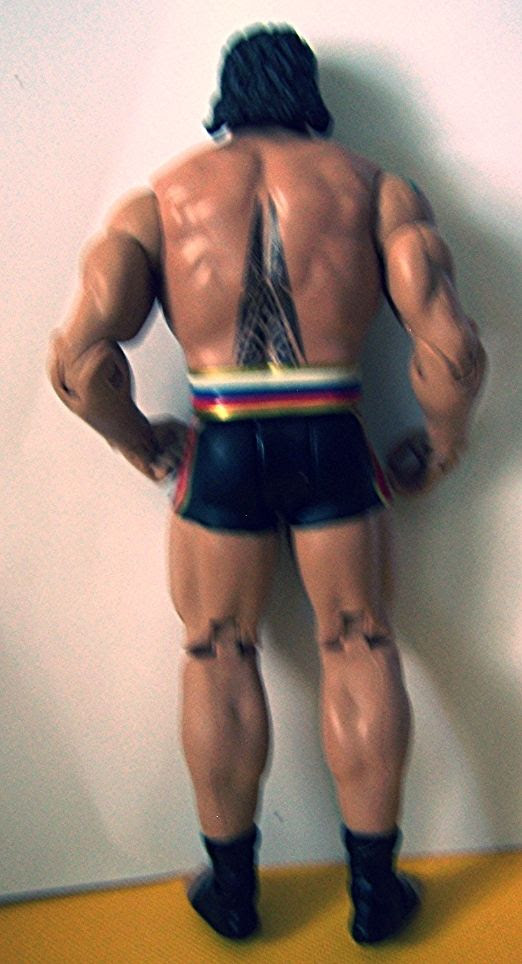 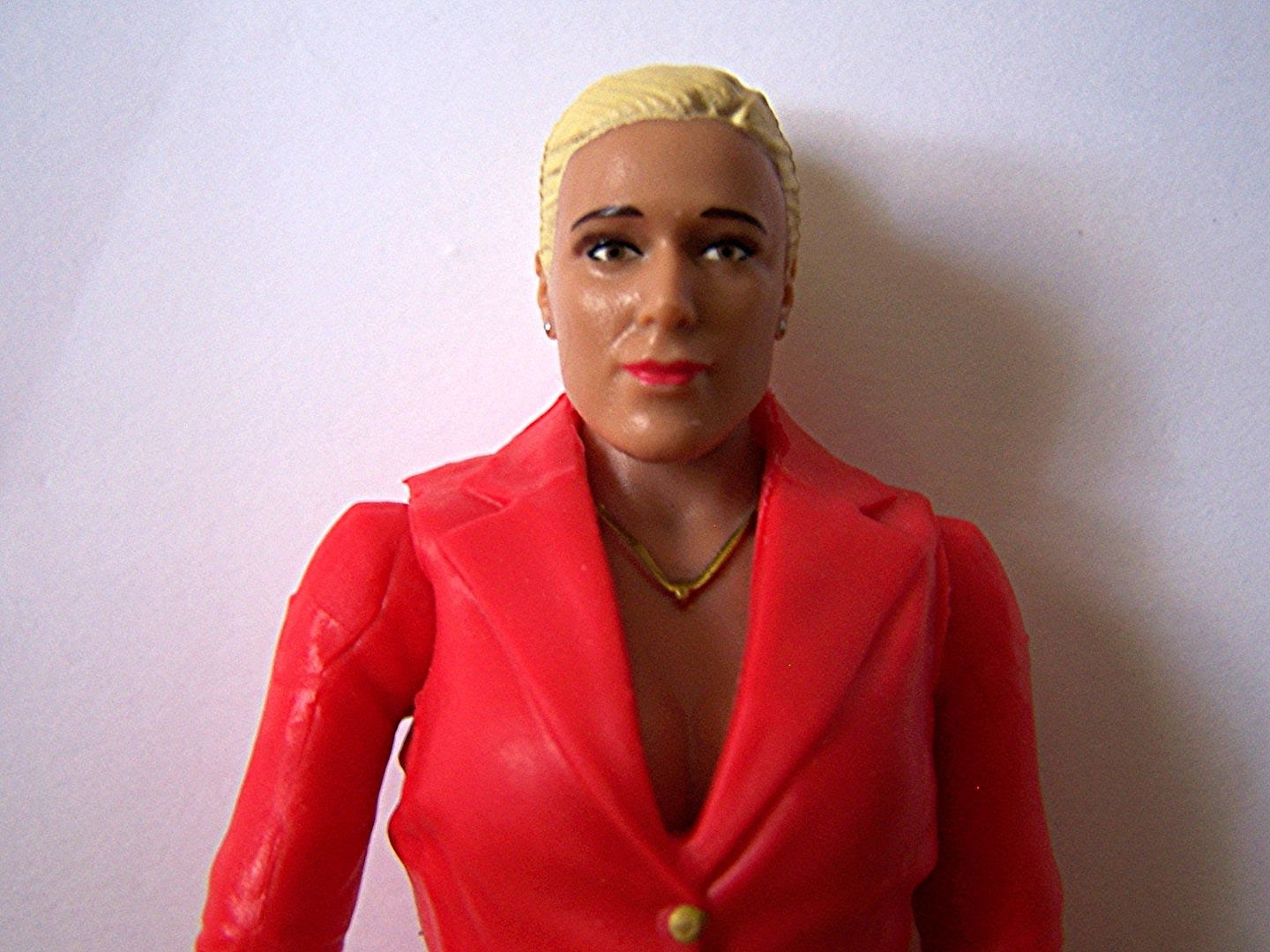 Posted by Joshua Macala at 8:38 AM