When searching Band Camp for cassettes, I came across this release and didn’t think too much of the time frame of it because I generally tend to find the bands/labels posting their music to be accurate, but in this case this was actually recorded onto a cassette back in 2008 and was only released on Band Camp as a free download more recently.

Fossils begins with a twenty minute set and the second track is seventeen and a half minutes for Howard Stelzer.   I didn’t realize it at first, but part way through the Fossils set they stop for applause and thus I realize these songs are being recorded live.  (It was probably another tidbit I overlooked on the Band Camp description- oops)

This is ambient noise overall, though both bands have their own styles.   Fossils have some sort of gurgling noises I can’t quite place and Howard Stelzer goes from Viking horns harmonizing together to the sound of screaming (Though I’m pretty sure it’s not actual screaming, not in a hardcore way, you know)

While I would have probably not taken the time to listen to this had I known it was six years old, I must say that I am impressed for it being that old and recording quality.   If this wasn’t actually released as a cassette and just recorded onto one, then perhaps it needs an official release.   If it indeed was released in 2008 as a cassette, then perhaps it needs to be re-released.  I could think of a half dozen labels or so that should rightfully put this out.   Heck, give me a stack of blank tapes and I’ll do it myself.

(The following photos appear courtesy of the Band Camp download) 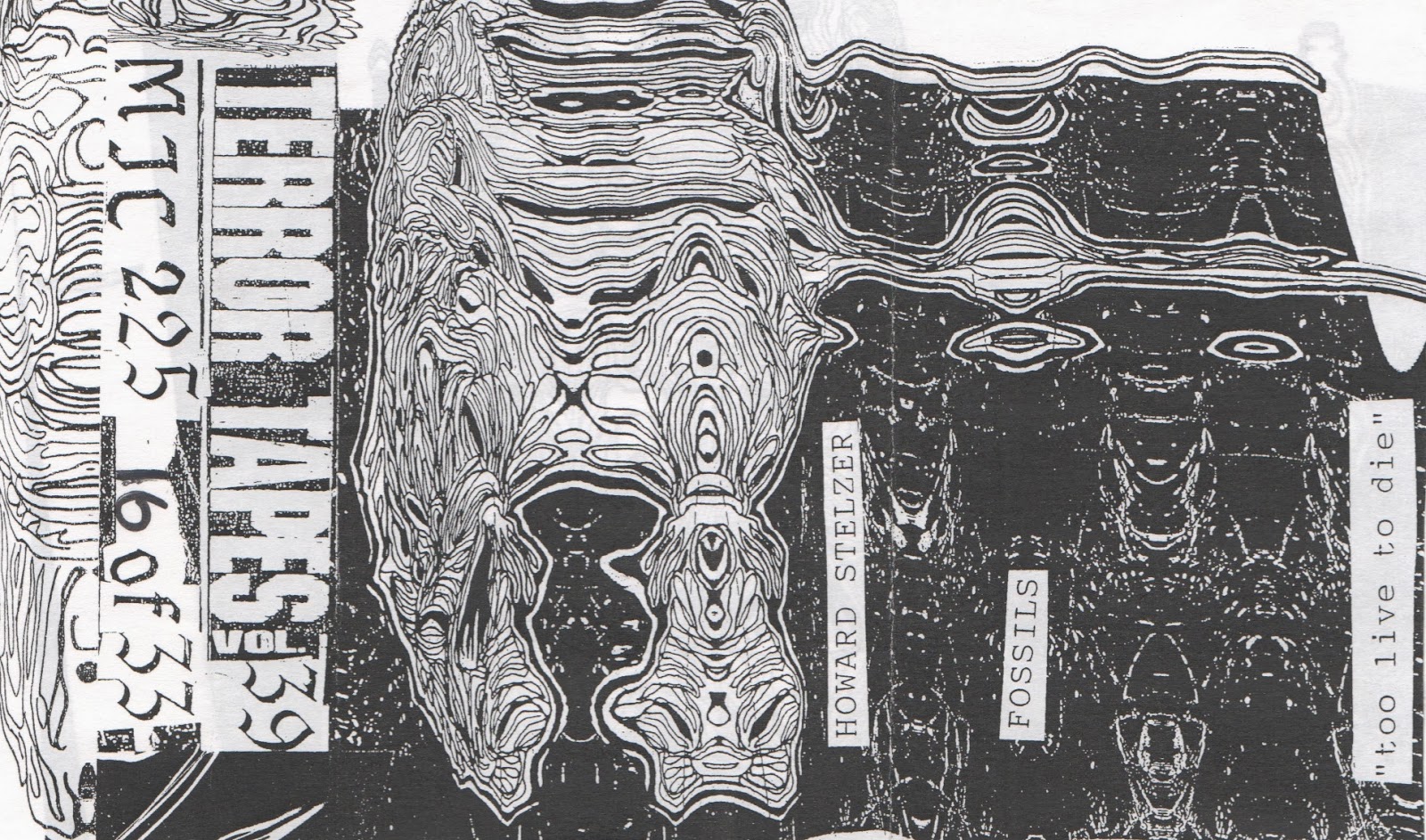