SPOTIFY REVIEW: The Underground Youth “The Perfect Enemy for God” 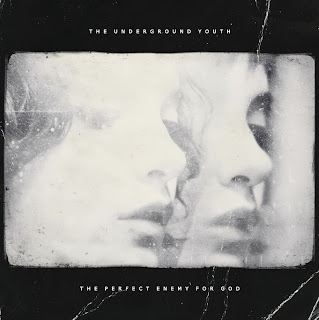 For quite some time, The Underground Youth has been self-releasing amazing music and I first actually stumbled upon them when I started Raised by Gypsies because they came up in at least one of my many Band Camp searches.

These nine new songs have been released with a record label, which is kind of weird for them, but that doesn’t at all hinder the music in any way.  The Underground Youth is one of those rare bands that is but isn’t.

They are slow and daunting like The Velvet Underground, sure, but they don’t sound exactly like them.   It has fuzz but not as much as I expected for some reason.  It’s like Smashing Pumpkins, but not.  It has a hint of High Pop and far away sounding vocals.

Again, there is a touch of surf at times, but this isn’t surf rock by any means.   We also cross into the gaze genre often but this doesn’t really definitive of a genre the same way that The History of Colour TV does with shoegaze for example.


In many ways, The Underground Youth is a perfect band for that and this album is all that much better for defying genres and playing by its own rules—dipping its foot in the deep end of what everyone else is doing but never fully diving in.
Posted by Joshua Macala at 9:42 AM