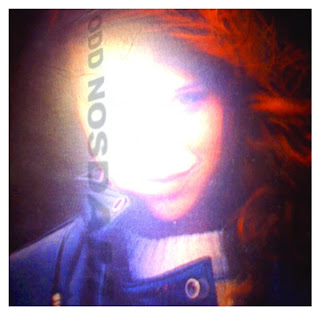 This is released as a cassette but was sent to me via the label as a download which included two tracks- one called Side A and one called Side B.   Each track is 25:20 in length and even before listening to it I could guess that each side had actual songs composed inside of it, but unless I actually do some digging and find it all out somehow I will never know what is what.

It’s all right because this does flow together nicely enough that you wouldn’t need to really know when the songs stop or start, when they break, etc., and you can just sit back and enjoy it in two large movements.  (Though in this scenario, it only really gets broken up by a brief pause to switch tracks and therefore almost flows as one really long song)

The thing about this being on cassette is something as the end of Side A having some vocals finally kick in and some birds make bird noises in the background to end the side.   As we begin Side B, female vocals come on and the birds are making bird noises again.

This has a nice sort of continuity and flow to it that I can only imagine becomes that much beautiful when interrupted by the clicking of the stopping of the tape.

These songs are melodic, but they also have some distorted mess qualities to them.   They aren’t quite ambient, though their presence can be felt.    At times, some of the songs can remind me of a slowed down, instrumental version of Beck.

What I find perhaps most fascinating about this album is its presentation.  Listening to it as seemingly two long tracks or even just one really long song makes me think something of it that I might not think had I listened to it on an actual cassette.

Hearing this way is good, but I feel like hearing it on cassette would also be good if not better because of the different experience it would present, a different perspective if you will.   So now the only thing left to do is get the tape.

Get 'em while you can at this link:
http://barorecords.bandcamp.com/album/t-r-i-s-h
Posted by Joshua Macala at 6:50 AM